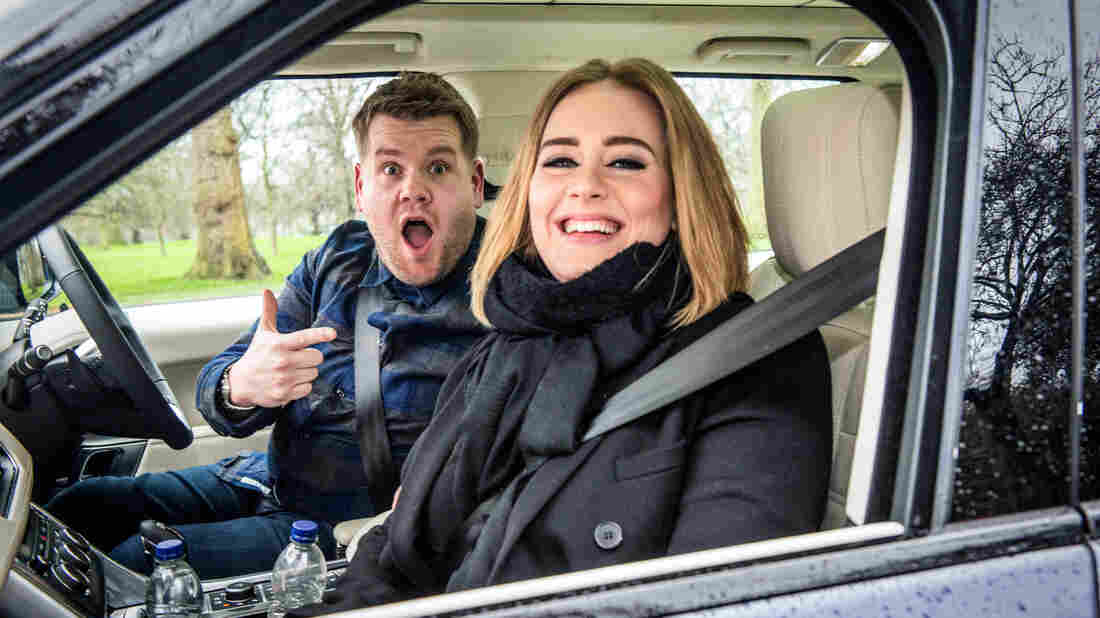 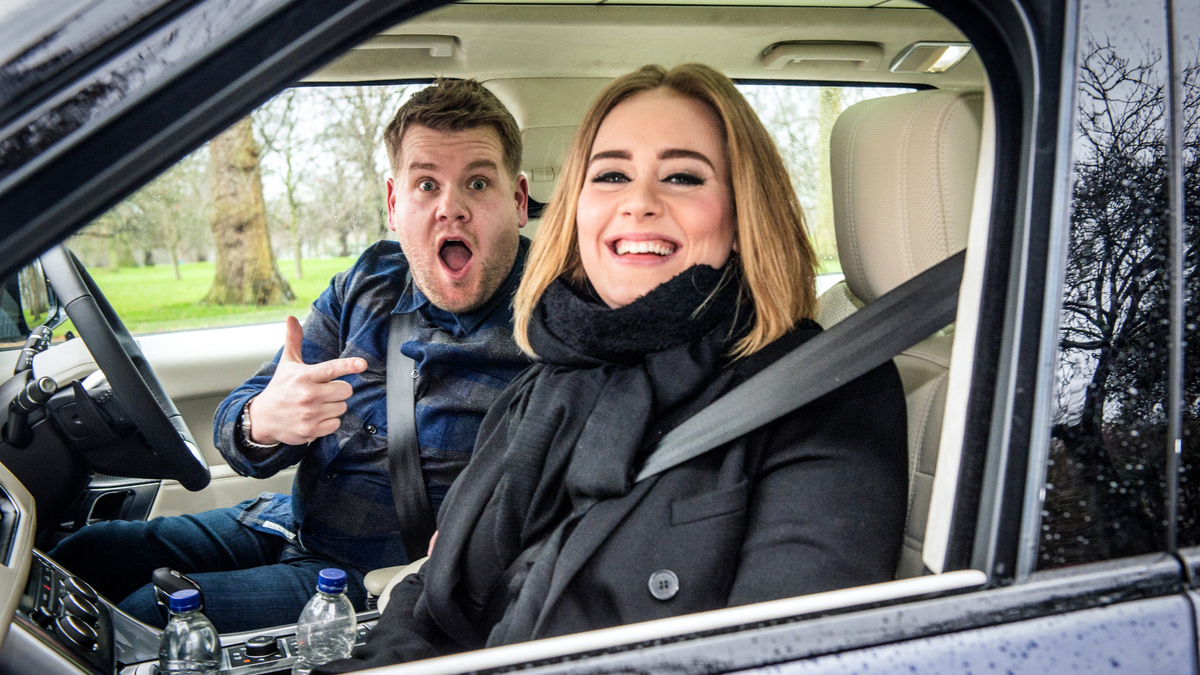 The video of James Corden and Adele doing "Carpool Karaoke" has more than 80 million views on YouTube.

When James Corden took over The Late Late Show one year ago, the question on everyone's mind was, "James who?"

He was big in the U.K. In the U.S. he had starred in the movie Into the Woods and won a Tony for the play One Man, Two Guvnors on Broadway. But beyond that, he was relatively unknown.

So it's kind of unreal that after just one year in the chair, his show has broken records for people watching on YouTube.

That's mostly thanks to a segment called "Carpool Karaoke." Corden drives along with celebrities, just the two of them — in a car with a few mounted cameras — singing along to the stereo.

The video he made with Adele has been viewed more than 80 million times. He has also done Carpool Karaoke with about a dozen other pop stars, including Justin Bieber and Elton John. The Wall Street Journal called it one of the most successful YouTube franchises of all time.

My producer and I met Corden at his office on the CBS lot in LA where he films The Late Late Show. "All right, let's light a candle, shall we?" said Corden. "Three open-minded, broad-minded guys kicking back with a candle, right?" The candle has a masculine scent, like leather-bound books. Corden's T-shirt exposes his new temporary tattoo: Cookie Monster, courtesy of his young son.

Corden told me the idea for Carpool Karaoke came out of a segment he filmed with George Michael for a charity back in the U.K., but he couldn't get anybody in the U.S. to sing along.

Finally, he tried Mariah Carey. "It was a chance meeting with a lady at Mariah Carey's record company, who was here in our office, actually," he said. "And I pulled her in here, to this very office that we're sitting in now, and I played her the clip of George Michael singing, and I was like, it's joyful. And that's what people want, you want to see the joy in people, and you want to see the person that always dreamt of being a star, you know? You want to see people having a great time. So Mariah Carey is a huge fan of George Michael, she said 'if George will do it, I'll do it, let's do it on Sunday!' "

On the reaction to the first Carpool Karaoke

The second person we did it with was Jennifer Hudson, and that went through the roof. And then there's just been a couple of moments where — we did the one with Justin Bieber, which kind of went crazy, and I think is at 65 million views on YouTube right now. Both Justin and his manager were like, "that's me. That's the real me in that car, that's me who you're seeing on TV."

Sometimes you can have a reputation for not being relatable and nice because you had a bad day once. That's the thing. And I think that's particularly pertinent with Justin, because you just forget how young he is. When he gets in a car with me and I feel that about him — and I don't ever want to make a show which is snarky or trying to do someone over, or trying to make it about me, somehow. All I want is our guests to shine, because if our guests shine, our show shines, and if our show shines, then I shine. I don't ever want to come out and make anything about me ... and the whole thing is a collaboration, those carpools.

On whether he dreamed, as a child, of being a pop or theater star