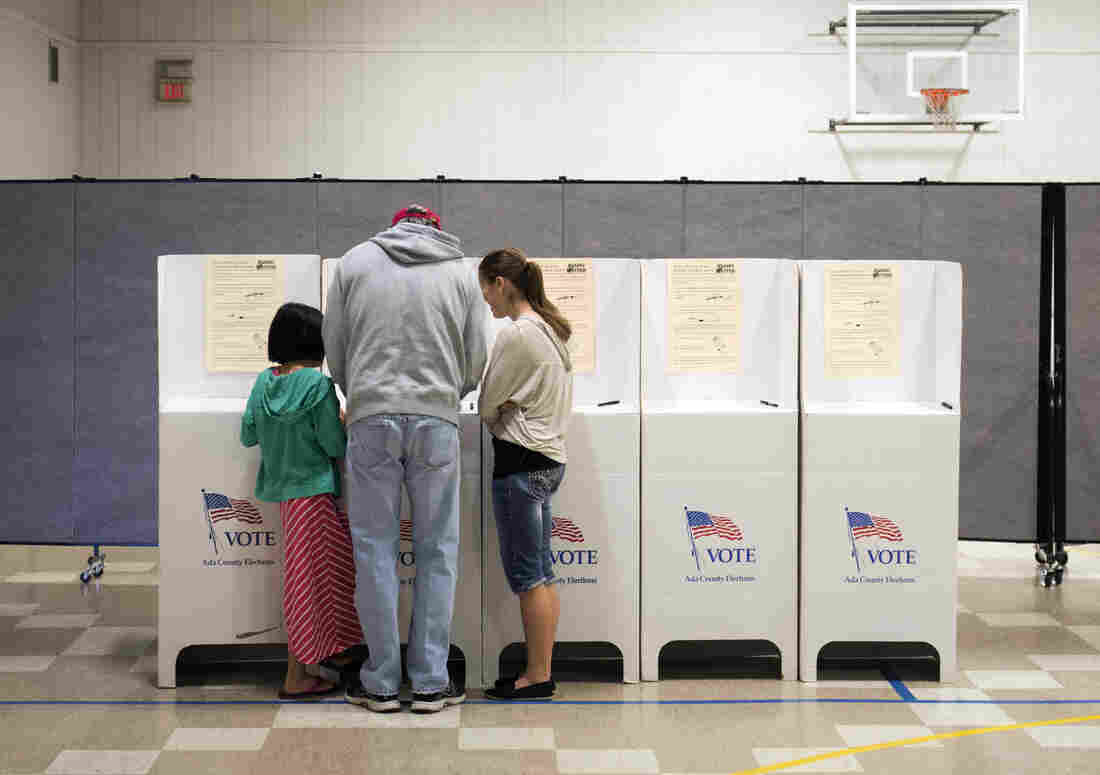 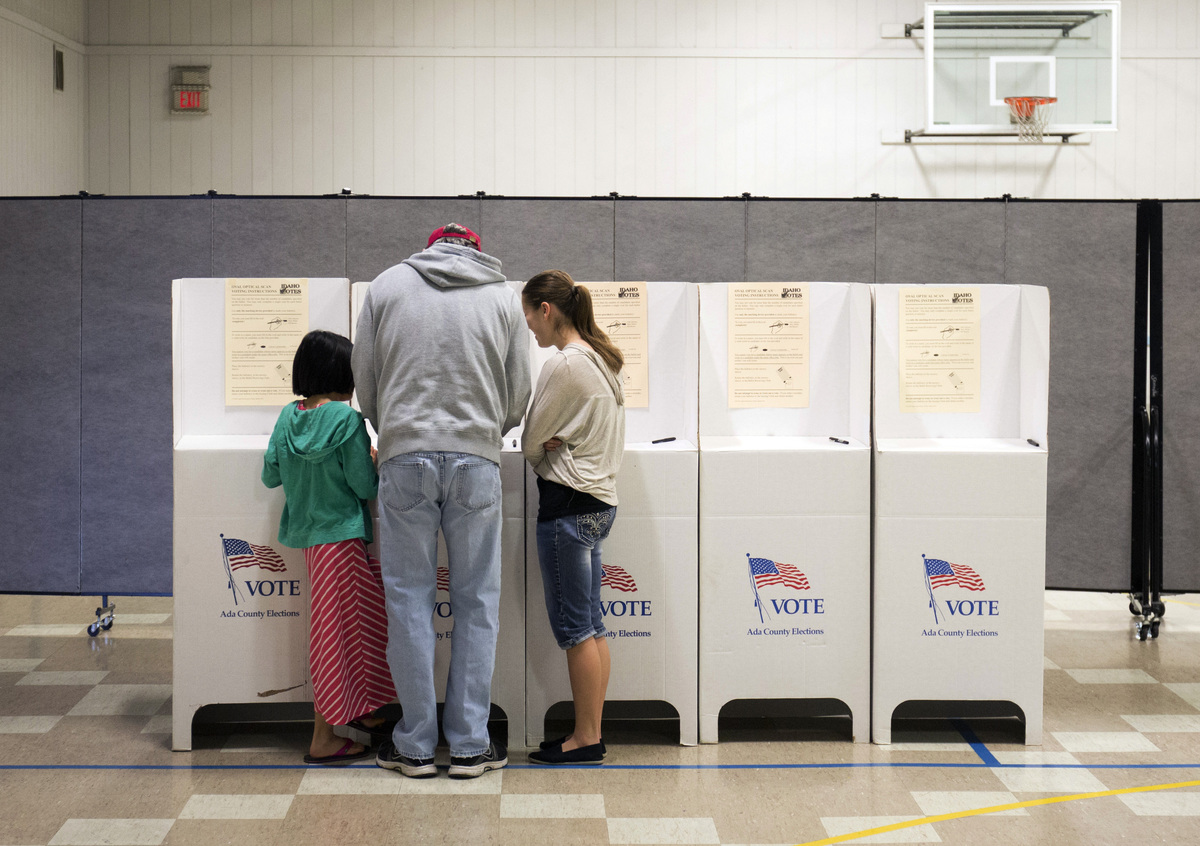 Troy Drake votes with two of his children at Boise Bible College in Garden City, Idaho, on Tuesday. Idaho Republicans headed to the polls to take part in the state's GOP presidential primary.

Here's the short version of Tuesday night's primaries (and one caucus): Donald Trump won big, Bernie Sanders pulled off a major upset, and Marco Rubio had a bad, bad night.

Those were the outcomes, but how did they happen? Here are four big takeaways from the exit polls in Michigan and Mississippi that explain how Tuesday night went down. (Edison Research, the polling firm that conducts exit polls, did not poll in Hawaii or Idaho.)

Wait. Haven't we seen these exit polls before?

Not to redo our exit poll postmortem from Super Tuesday, but it's still worth pointing out: Democratic exit-poll results continue to look remarkably similar from state to state.

Even in Mississippi, where Clinton won by more than 65 points, her wide margin of victory gets less wide as voting cohorts get younger and younger. People who are dissatisfied with or angry at the government are more likely to vote for Sanders. Voters who care about electability and experience flock to Clinton. Voters who want a candidate who seems "honest" and who cares about them are more likely to support Sanders. Democrats are more pro-Clinton. Independents vote more for Sanders.

After Super Tuesday, we wrote about how Trump is strong in virtually every polling category. And that was still largely true Tuesday night.

On the flip side, there is Marco Rubio. The floor fell out from underneath the Florida senator, who showed few (if any) polling strengths.

Mississippi ended up being essentially a two-man race between Trump and Cruz, with Rubio and Kasich failing to climb above single digits. And Michigan hammered home Rubio's recent slide. Even among the exit-poll categories where Rubio has in the past tended to perform well — higher-educated, higher-earning, more-moderate voters — he found himself muscled out of the way not only by Trump but by John Kasich, the popular governor from neighboring Ohio.

What led to the Sanders win in Michigan? Get ready for a lot of dissection as pundits try to understand the big upset. But here's one data point that worked in Sanders' favor: Michigan voters' feelings on trade.

Another Primary Night's Results Confound (At Least Some) Expectations

Tuesday's Elections: 3 Trump Wins, Plus A Big Surprise From Sanders

In the lead-up to the Michigan primary, Sanders hit Clinton hard on free trade and the fact that she had in the past promoted both NAFTA and TPP. In Michigan, nearly 60 percent of voters said they believe free trade takes away jobs, while only 30 percent said it creates jobs.

So Michiganders don't like trade much. And among those who said trade hurts jobs, 58 percent said they supported Sanders. Those with a sunnier view of trade, meanwhile, had only a modest preference for Clinton, choosing her 53 to 43 percent over Sanders.

Clinton isn't a "regional" candidate. So what else accounts for Michigan?

That's not true — Clinton has won in Massachusetts, Iowa and Nevada. But Tuesday's loss in Michigan and victory in Mississippi could only reinforce that narrative.

So what happened? It's true that Michigan's electorate isn't as heavily African-American as some Southern states Clinton has won (like Tuesday, in Mississippi) — and where Clinton has done phenomenally well among black voters.

Or maybe Michigan was all about age. Sanders' support is particularly heavily concentrated among young voters. In Alabama, Arkansas, Georgia, South Carolina, Tennessee and Mississippi — all of which he lost to Clinton — the share of voters younger than 45 was 40 percent or lower. In Michigan, 45 percent of the voters were under 45.

It's not a big difference compared with those Southern states, but considering Sanders' narrow win in Michigan, any additional young voters who favor him so heavily (two-thirds of the under-45 set in Michigan voted for Sanders) might have been what helped push him over the top.