Accessibility links
Trump Rally Attendee Charged With Punching Protester In The Face The accusation comes as the campaign is answering for recent altercations among Trump supporters at rallies.

New videos circulating on social media show a protester at a Donald Trump rally being punched in the face by an audience member as he was being led out of a rally Wednesday in Fayetteville, N.C.

The apparent assault comes on the heels of another altercation showing a woman being pushed at a Trump rally last week, as well as two stories (here and here) of reporters having physical run-ins with Trump's security and staff. The Trump campaign has denied one of the incidents took place.

The most recent video shows a young man who appears to be African-American raising his middle fingers to the North Carolina crowd as he is being led out of the Crown Coliseum. An audience member rears back his fist and takes several steps toward the protester before punching him in the face. The next frames of the video show police detaining the man who had been punched, but not his attacker. 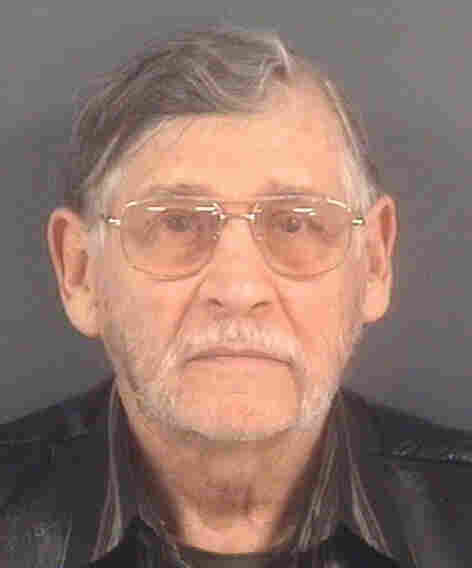 John Franklin McGraw was charged with assault and disorderly conduct in the incident. Courtesy of the Cumberland County Sheriff's Office hide caption 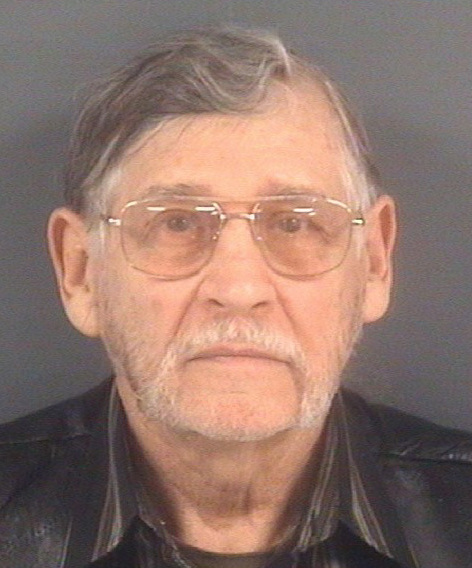 John Franklin McGraw was charged with assault and disorderly conduct in the incident.

John Franklin McGraw was charged with assault and disorderly conduct in the incident.

Rally attendee John McGraw was since charged with assault and disorderly conduct in Wednesday's incident, according to a post on Cumberland County Sheriff Earl "Moose" Butler's Facebook page. Butler said the deputies who were escorting out the protester did not actually see the assault take place. They later viewed footage of the event to identify McGraw.

"No one should be subjected to such a cowardly, unprovoked act as that committed by McGraw," said Butler.

Several months ago, referring to a protester at one of his rallies, Trump said, "Maybe he should have been roughed up." He has also made veiled threats against media reporters, said he would defend in court anyone who hurt a protester at another rally, and said "I'd like to punch him in the face," about another protester.

But Carolyn Lukensmeyer, director of the National Institute for Civil Discourse, a non-partisan advocacy group, said she can't remember a recent time when animosity towards the protesters actually broke out into a physical fight.

Lukensmeyer fears incidents like this represent a dark turn in American politics. "We're now seeming to cross a line where the commitment to plurality and civil society is being lost," she said. "We're crossing lots of lines here and lots of Americans are increasingly disturbed by it."