Accessibility links
From Television To '10 Cloverfield Lane,' A Composer Plays With Surprise — And Luck When a film starts, "you have anywhere from two to 10 seconds to get the audience's attention," score writer Bear McCreary says. He gained this and other advice from his mentor, whom he met by chance. 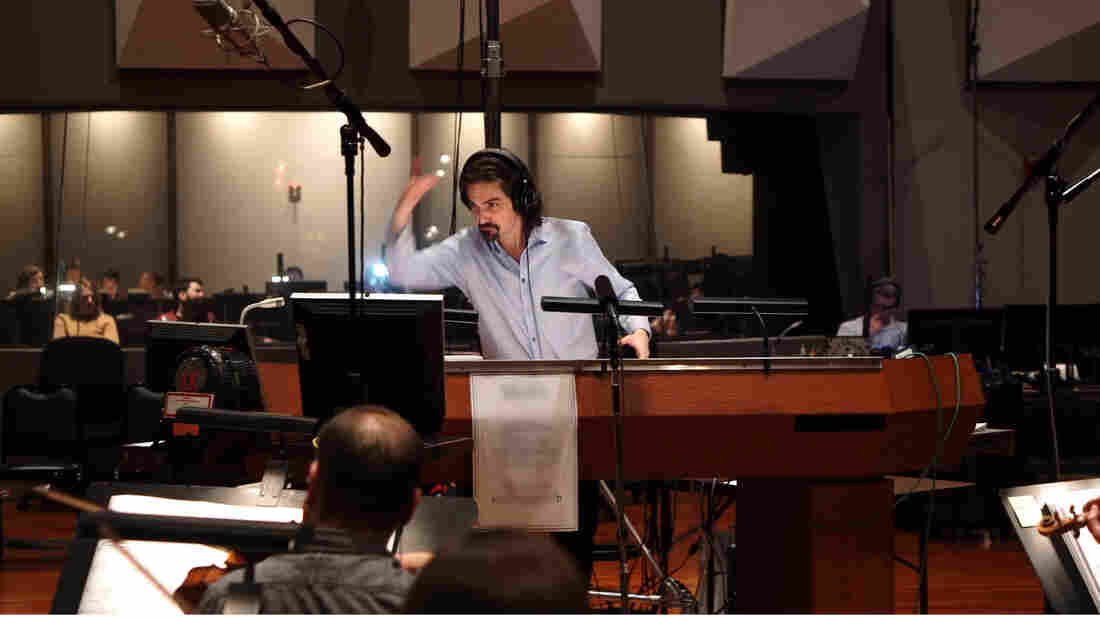 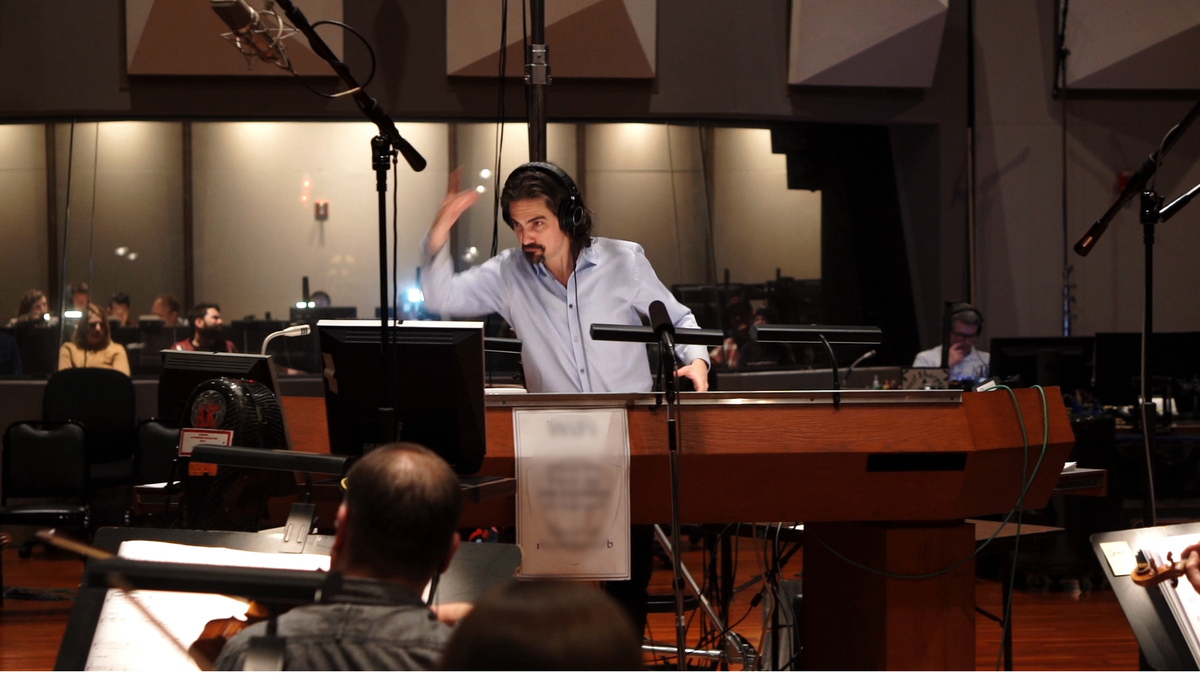 Composer Bear McCreary is known for scoring popular television shows like Battlestar Galactica and The Walking Dead. His first film score is for 10 Cloverfield Lane.

Composer Bear McCreary — yes, that's his real name — has been obsessed with film music since he was 6 years old, when he snuck a tape recorder into Back to the Future just to record the soundtrack.

His first major studio film score is for J.J. Abrams' 10 Cloverfield Lane, which opens in theaters on Friday. But his career up to now has been dominated by television, ever since he landed his first job at the age of 24: scoring the rebooted Battlestar Galactica.

"Something happened in television about 10 years ago," he says. "There was a wave, a renaissance in creative people moving to television, where suddenly longform, serial storytelling in an adult fashion became possible. And quite frankly, I think the only reason that a 24-year-old kid with no credits is the composer of Battlestar Galactica is because it was a television show. Guys doing films just weren't interested."

In the decade since, McCreary has composed the music for such high-profile TV series as The Walking Dead, Black Sails, Marvel's Agents of S.H.I.E.L.D. and Outlander.

McCreary's career goes back to a chance encounter when he was a junior in high school. The local rotary club in Bellingham, Wash. named him "student of the month," and at the awards luncheon it came up that he was interested in film music. After the event, a man named Joe Coons came up to him and told him he had a friend in the business.

"And I thought, 'All right, whatever, man,' " McCreary recalls. "And he says, 'Have you heard of Elmer Bernstein?' And my jaw hits the floor. I mean, this guy had written some of my favorite melodies, ever."

The late Elmer Bernstein was one of the founding fathers of Hollywood film scoring, whose music helped define such classics as The Magnificent Seven and To Kill a Mockingbird.

"Elmer had a sailboat," McCreary says. "Every summer he would take it up to Alaska and come back down, and he kept his boat in Bellingham Harbor. Joe Coons ran the local boat club. That's how I met Elmer Bernstein. And I ended up working for Elmer for seven to 10 years."

McCreary learned some crucial lessons from Bernstein — including to always start a film with a unique sound.

"He always said that you have anywhere from two to 10 seconds to get the audience's attention," he says, "before they become distracted by the story, the titles, the narrative, the acting."

And, McCreary says, Bernstein was good at following his own rules. "To Kill a Mockingbird starts with this very childlike piano that could be played with one finger," he explains. "Walk on the Wild Side starts with a triangle solo."

Bernstein himself provided another example when he spoke to Fresh Air in 1991, about the exodus scene in Cecil B. DeMille's epic The Ten Commandments.

"When we realized that a shofar was going to be seen on the screen, we had to find somebody to play the shofar," Bernstein said. "And for those who don't know, the shofar is a very ancient instrument made out of a ram's horn. Well, who plays shofars, of course? Rabbis. Because it's still used in Jewish ceremonies. We must have had, oh, I guess 20 or 30 rabbis on the scoring stage."

McCreary wanted to draw on that lesson when he got the assignment to score 10 Cloverfield Lane.

"I wrote a theme for the main character, and I had it played on a Middle Eastern instrument called the yaylı tambur," he says. "And the next day I went into Bad Robot to play it for the director, Dan Trachtenberg, and producer J.J. Abrams. And the lights went down, those stars from the Paramount logo start floating in, and the yaylı tambur starts playing."

It turns out, Bernstein's advice paid off.

"J.J. turns to me and goes, 'That's really cool! What is that?'" McCreary says. "And I smiled, because I thought, 'Elmer was totally right.'"

It turns out 10 Cloverfield Lane's director Dan Trachtenberg was a huge fan of McCreary's music for Battlestar Galactica. Trachtenberg says there are many scores that, while he appreciates for what they do for a movie, he wouldn't necessarily want to listen to. But McCreary's work is different.

"He wrote things that I really just liked the sound of," he says. "And I was excited to work with him, knowing that what I would get would be something that I would really find moving and beautiful to listen to."

McCreary says he feels lucky to be writing music for a living. Finding joy in his work is something else Elmer Bernstein taught him.

"Elmer showed me that it was possible to succeed in art and in an industry and in a business, and still have a family, still have happiness, still take time for yourself," he says. "All the other tricks of the trade and business that I picked up over the last 10 years have been great, but I feel like my life was set on the right path when I crossed paths with him."