Accessibility links
Ted Cruz And The Senate: Now We've Got Bad Blood The Republican presidential candidate hadn't received a single endorsement from his Senate colleagues until this week. 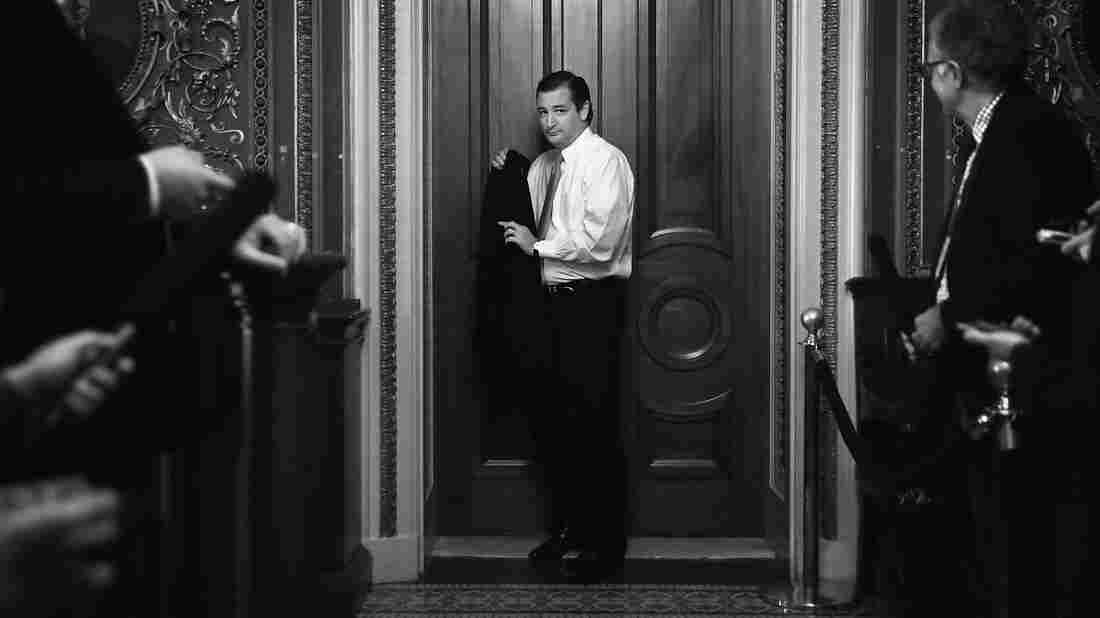 Ted Cruz on Capitol Hill in September 2013, the day he conducted a more than 21-hour-long speech against Obamacare on the Senate floor. Alex Wong/Getty Images hide caption 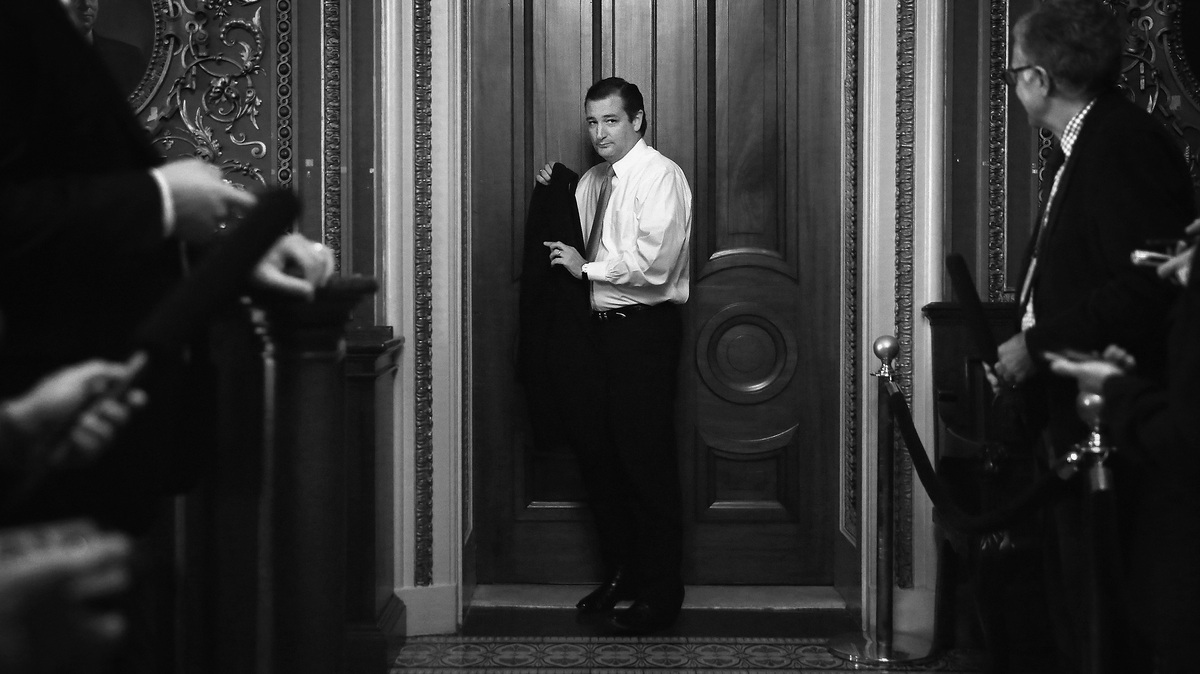 Ted Cruz on Capitol Hill in September 2013, the day he conducted a more than 21-hour-long speech against Obamacare on the Senate floor.

Even though the thought of Donald Trump at the top of the ticket is making a lot of Republicans in Congress queasy, they're not exactly flocking to the guy in second place to save them — Ted Cruz. Cruz did not have a single endorsement from any of his Senate colleagues, until this week when Republican Sen. Mike Lee of Utah committed his support. Marco Rubio, on the other hand, has landed 14 Senate endorsements.

That's because the bad blood between Cruz and his colleagues runs so deep.

Probably the most awkward question you can ask Republican senators these days is why they're still giving Ted Cruz the cold shoulder when it comes to endorsements.

"Well, I think you know the answer to that," said Jim Inhofe of Oklahoma.

"I'm going to let you ... speculate about that," offered Lamar Alexander of Tennessee.

"I think it's pretty obvious," said Dean Heller of Nevada, without elaborating further.

What each of these senators is tiptoeing around is common knowledge in Washington: Ted Cruz is probably the most disliked member of the Senate.

South Carolina Republican Lindsey Graham, who dropped his own presidential bid, even joked about it at the Washington Press Club dinner last month.

"If you killed Ted Cruz on the floor of the Senate, and the trial was in the Senate, nobody could convict you," Graham said to a ballroom full of reporters.

How did the relationship go so wrong? Well, the romance never took off.

During Cruz's very first year in the Senate, he and a group of House Republicans helped force a 16-day government shutdown. At the time, in 2013, he crowed about it. But his Senate Republican colleagues were fuming. Kelly Ayotte of New Hampshire said Cruz had led them on with a promise to defund Obamacare.

"You know, we've been asking from the beginning: What's the end game? How does this end? How do you achieve what you're purporting to achieve on defunding Obamacare? And I never got an answer to that," Ayotte told reporters when the government was reopening that October.

And then there was the time Cruz flirted with the idea of defunding the president's executive action on immigration. He fumbled a procedural maneuver on the Senate floor, which forced his colleagues to come to work on a Saturday. Not the kind of smooth move that will earn one's way into senators' hearts.

"You should have an end goal in sight if you're going to do these types of things," said Utah Republican Orrin Hatch that weekend in December 2014. "And I don't see any end goal that can be won — other than just irritating a lot of people."

And then, of course, there was the time Cruz called Senate Majority Leader Mitch McConnell a liar.

"He is willing to say things he knows are false. That has consequences for how this body operates," said Cruz during a nearly 20-minute speech on the Senate floor last July. The spat was over renewing the Export-Import Bank.

But this year, Republicans anguishing over the rise of Donald Trump can see that Cruz has pulled way ahead of Marco Rubio, who has the most Senate endorsements. Maybe it's time for the rift between Cruz and his colleagues to heal.

Republican Bill Cassidy of Louisiana compared it to marriage.

"Occasionally my wife has said something to me, or I to her, that we wish we had not said later. At the time, we're thinking, 'Oh, my gosh.' But we've worked through that, and we forget it, and we move on because there's something far more important than an occasional harsh word," said Cassidy.

Utah's Lee became the first senator to endorse Cruz, on Thursday. Maybe others will follow. Even the guy who joked about murdering Cruz on the Senate floor is coming around.

"Increasingly more clear to me that Ted Cruz is the most viable alternative to Donald Trump," Sen. Graham said this week. "I think a Trump candidacy would be a disaster for the Republican brand. I think John Kasich and Rubio are more electable than Ted, but Ted's running effectively as an outsider in an outsider year."

But, of course, no outsider wants too many love notes from Republican senators.