Accessibility links
Walking The Beat In Mr. Rogers' Neighborhood, Where A New Day Began Together For 25 years, Francois Clemmons played Fred Rogers' neighborhood police officer, often lending a hand and a soothing voice. But as Clemmons recalls, it was a foot bath that offered a memorable lesson. 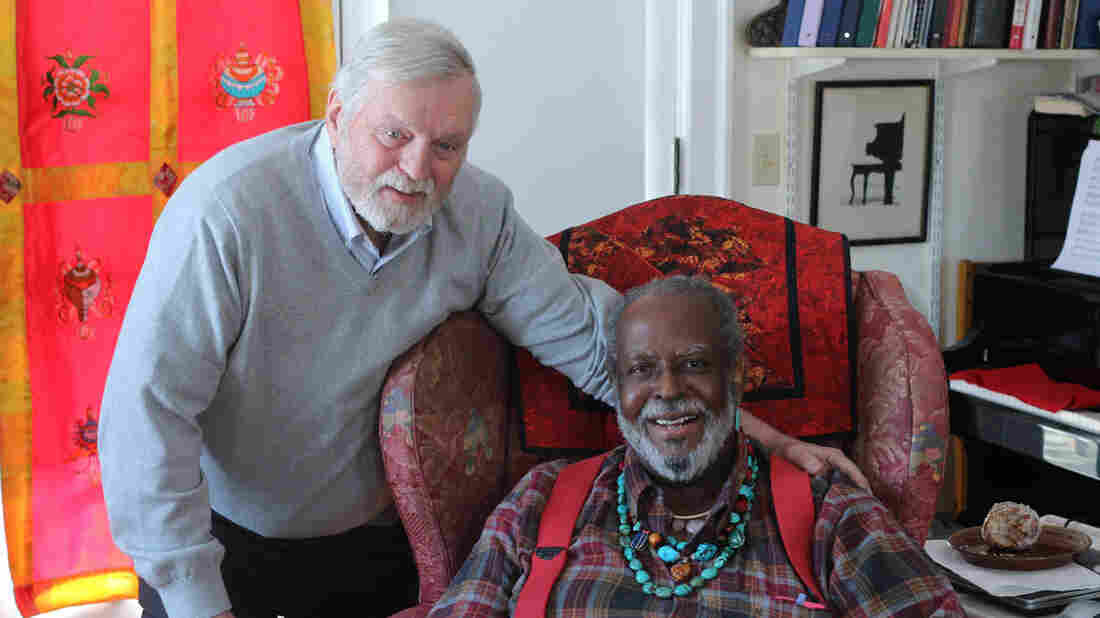 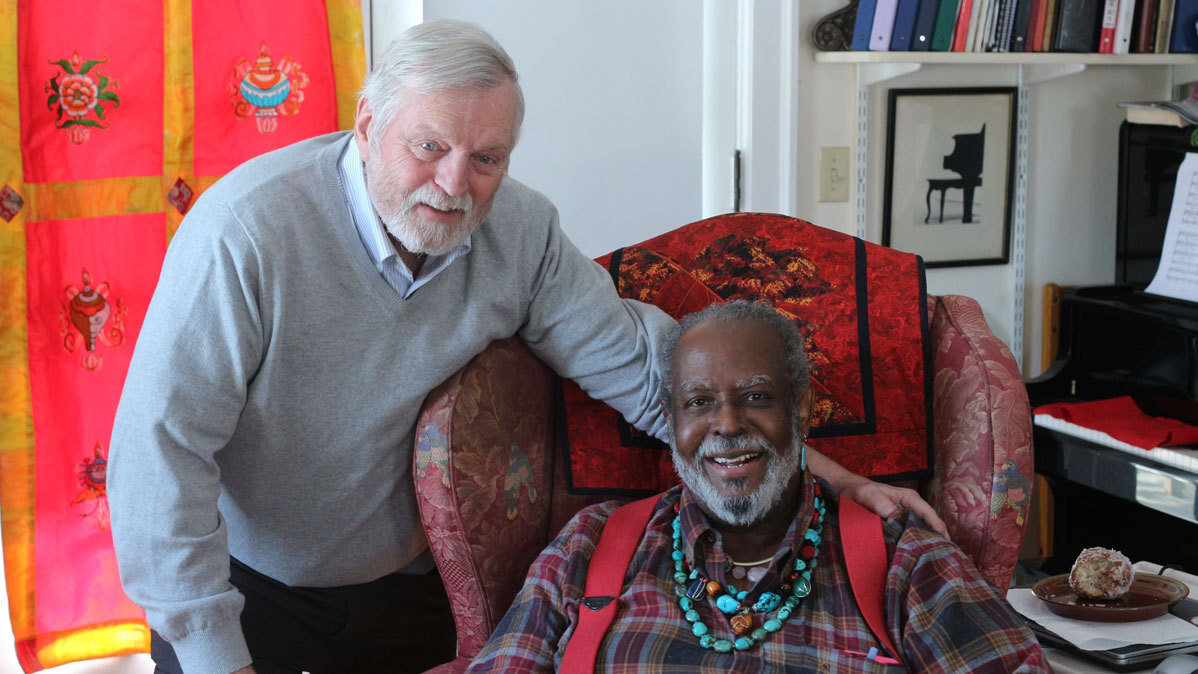 Francois Clemmons (right) and his friend Karl Lindholm, on their recent visit with StoryCorps.

His is not just a gentle voice; for many people, it's a very familiar one, too. For 25 years, Francois Clemmons played a role on the beloved children's program Mister Rogers' Neighborhood. Clemmons joined the cast of the show in 1968, becoming the first African-American to have a recurring role on a kids TV series.

And, as it happens, it was Clemmons' voice that Fred Rogers noticed, too, when he heard Clemmons singing in church.

"Fred came to me and said, 'I have this idea: You could be a police officer,' " recalls Clemmons, speaking with his friend Karl Lindholm during a visit with StoryCorps.

Clemmons says he didn't like the idea much at first.

"I grew up in the ghetto. I did not have a positive opinion of police officers. Policemen were siccing police dogs and water hoses on people," he says. "And I really had a hard time putting myself in that role. So I was not excited about being Officer Clemmons at all."

Still, Clemmons came around to it eventually and agreed to take on the role.

And, in the decades he spent as part of the show, there's one scene in particular that Clemmons remembers with great emotion. It was from an episode that aired in 1969, in which Rogers had been resting his feet in a plastic pool on a hot day.

"He invited me to come over and to rest my feet in the water with him," Clemmons recalls. "The icon Fred Rogers not only was showing my brown skin in the tub with his white skin as two friends, but as I was getting out of that tub, he was helping me dry my feet."

Clemmons says the scene — which the two also revisited in their last episode together, in 1993 — touched him in a way he hadn't expected. 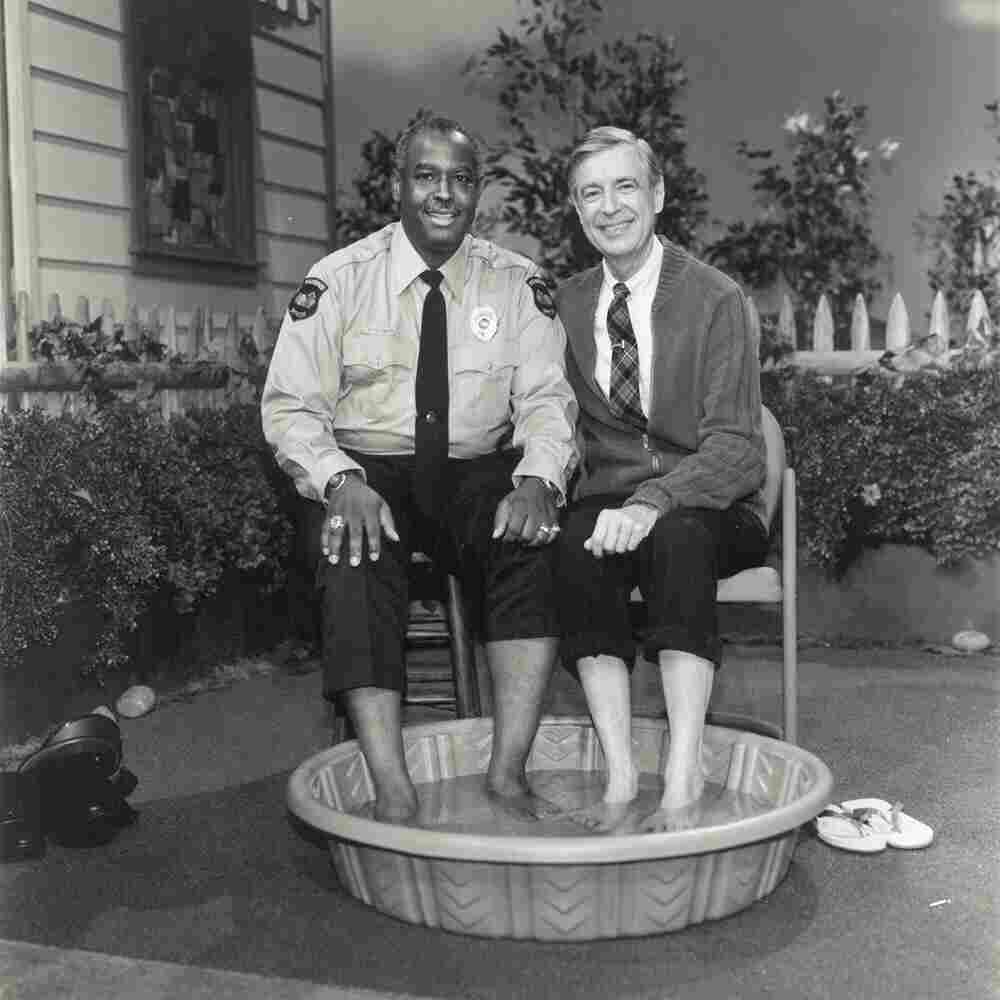 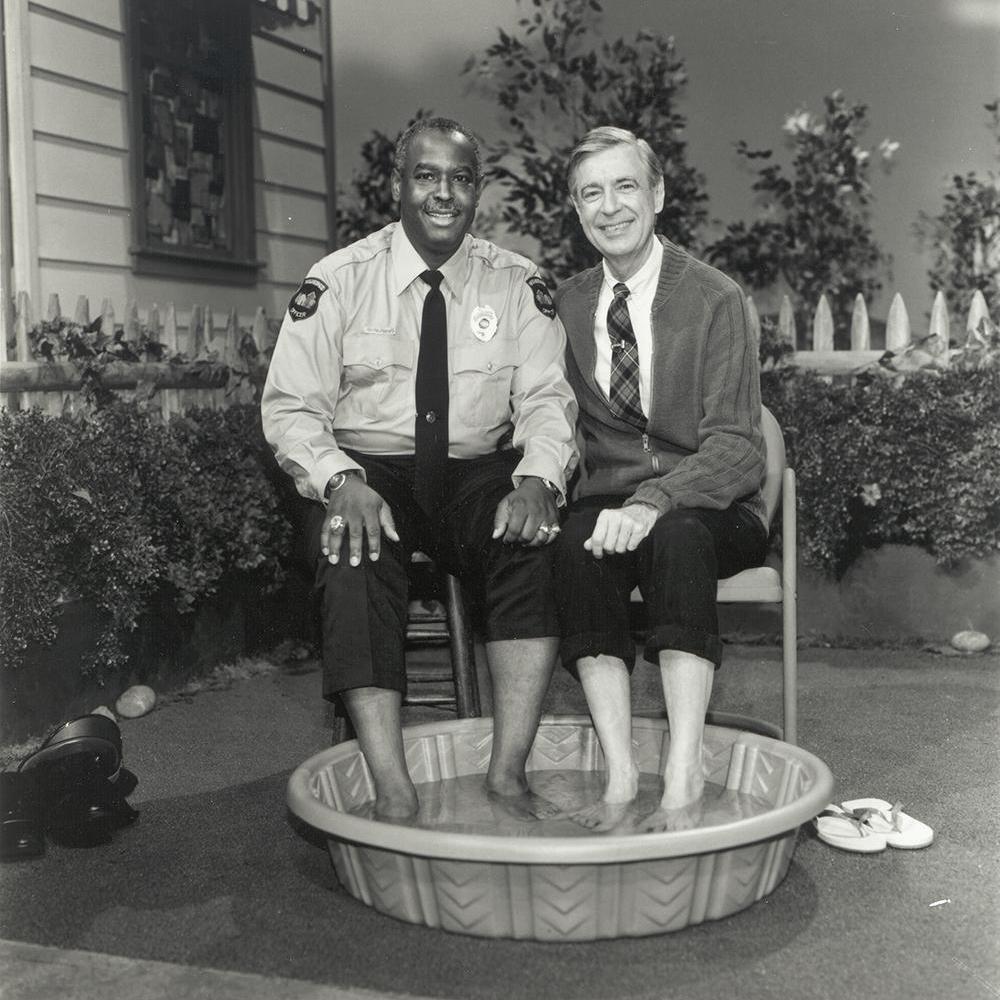 Officer Clemmons and Mister Rogers, reprising their 1969 foot bath more than two decades later, during their final scene together in 1993.

"I think he was making a very strong statement. That was his way. I still was not convinced that Officer Clemmons could have a positive influence in the neighborhood and in the real-world neighborhood, but I think I was proven wrong," he says.

During Clemmons' time on the show, he wasn't simply the friendly neighborhood police officer. Off the set, he was also a Grammy-winning singer, who performed in over 70 musical and opera roles and founded the Harlem Spiritual Ensemble.

Rogers, for his part, wasn't simply Clemmons' iconic co-star. He was also Clemmons' "friend for life."

He says he'll never forget the day Rogers wrapped up the program, as he always did, by hanging up his sweater and saying, "You make every day a special day just by being you, and I like you just the way you are." This time in particular, Rogers had been looking right at Clemmons, and after they wrapped, he walked over.

Clemmons asked him, "Fred, were you talking to me?"

"Yes, I have been talking to you for years," Rogers said, as Clemmons recalls. "But you heard me today."

"It was like telling me I'm OK as a human being," Clemmons says. "That was one of the most meaningful experiences I'd ever had."