Accessibility links
Chicago Crime Spikes As Police Avoid Becoming 'The Next Viral Video' Chicago police are under scrutiny for misconduct, and arrests and street stops are down. But more than 100 people have already been murdered there in 2016, double the number compared to last year. 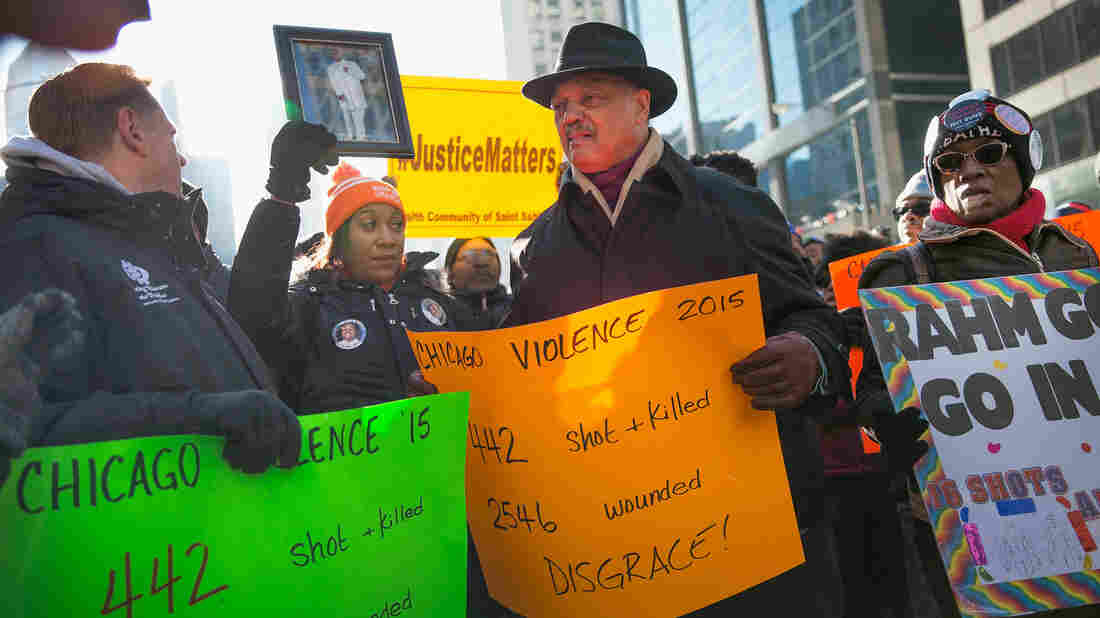 Demonstrators in Chicago call for an end to gun violence and resignation of Chicago Mayor Rahm Emanuel. Chicago police are under scrutiny following the release of a video showing the shooting of 17-year-old Laquan McDonald by a Chicago police officer. Scott Olson/Getty Images hide caption 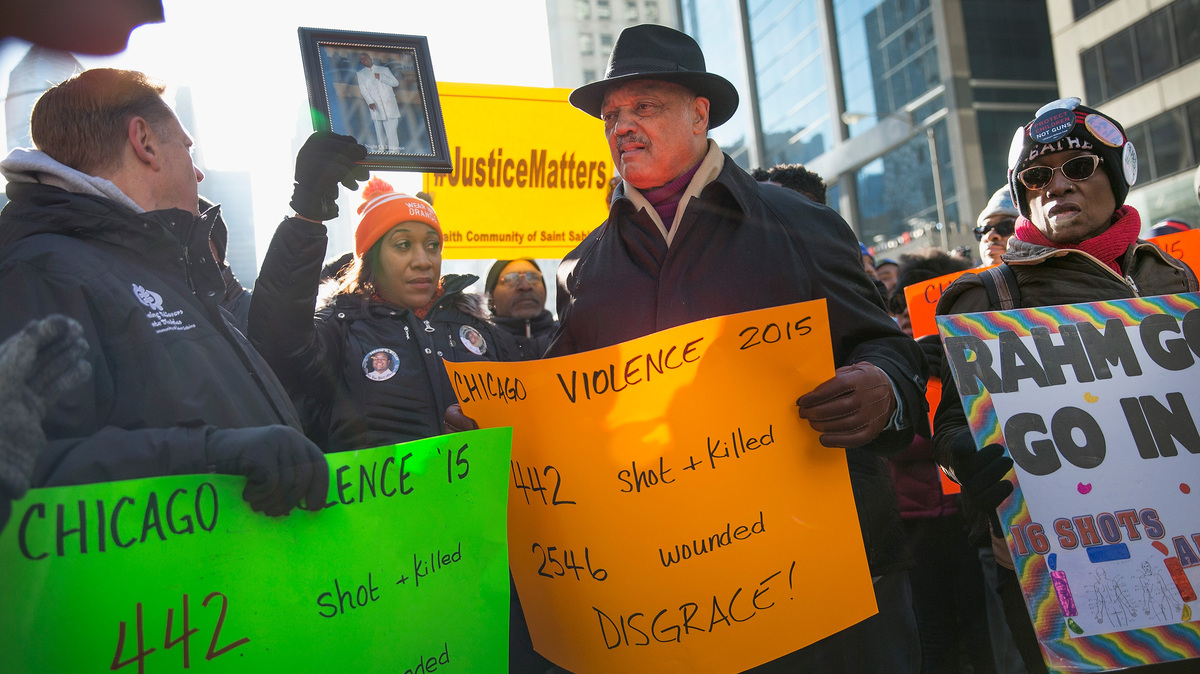 Demonstrators in Chicago call for an end to gun violence and resignation of Chicago Mayor Rahm Emanuel. Chicago police are under scrutiny following the release of a video showing the shooting of 17-year-old Laquan McDonald by a Chicago police officer.

Chicago is having a bloody year.

Already since January, more than 100 people have been murdered in the city — double the number of homicides in Chicago during the first two months last year. The number of shooting incidents is also up by 120 percent compared to the first nine weeks of 2015.

The spike in violent crime comes at a time when the police in Chicago are under increased scrutiny for misconduct.

It started with the release of a video last fall that showed a white police officer shooting a black teenager 16 times, resulting in a Justice Department civil rights investigation into the Chicago Police Department's patterns and practices. Then there were other incidents of police shootings, brutality and misconduct, followed by allegations of officers covering for one another and higher ups failing to hold officers accountable.

In short, the heat and public scrutiny on Chicago police officers right now is intense.

"Well, morale is poor, to describe it in one word," says Dean Angelo Sr., president of Chicago's Fraternal Order of Police. "It's probably the lowest I've seen in my career."

There is a feeling among police officers, Angelo says, "that no one wants to be on that next video."

The dash cam video released under court order in November showed Officer Jason Van Dyke firing 16 shots into Laquan McDonald as the 17-year-old was moving away from the police while holding a small knife. The incident continues to hamper Chicago police.

Van Dyke was charged with murder — but only hours before the video went public and more than a year after the shooting took place. The political fallout from the video's release amid daily anti-police protests cost police Superintendent Garry McCarthy his job.

Interim police Superintendent John Escalante acknowledges there might have been a "Laquan McDonald effect," where police officers are less aggressive and even somewhat passive in pursuing criminals.

"There's a little bit of an effect," says Escalante. "Every officer I think, not just here in Chicago, but every police officer around the country does not want to be that next viral video."

Police in Chicago made 30 percent fewer arrests in the early part of this year compared to last year. Street stops are down more than 80 percent so far this year.

Escalante was so concerned that he recently recorded a video message sent out to all 12,000 Chicago police officers emphasizing that those doing their jobs properly don't have to worry about being that next viral video. He also clarified how officers can continue to make investigative street stops without violating new state laws and announced a landmark agreement with the ACLU designed to prevent racial profiling. As a result, Escalante says both arrests and street stops are now back on the rise.

But the city's sharp increase in violent crime continues unabated.

"The majority of it is still gang violence," Escalante says. "We're seeing a significant percentage of that gang violence being fueled by social media."

Escalante says social media taunts are the new gang graffiti and in today's gang culture, there are almost immediate, violent responses to those taunts, which in turn spurs retaliatory shootings.

A very mild winter may also be contributing to Chicago's increase in violence. Warmer weather means more people are out and there is more opportunity for conflicts. When temperatures reached the 70s earlier this week, 21 people were shot and two of them were killed in a 20-hour period.

Angelo says police officers now are walking what he calls "a thin blue line" between protecting law abiding citizens and getting law breakers off the streets. Some cops on the street agree.

"Yeah, (the) job's real tough," says Ron Rewers, a 17-year veteran police officer. "You know, you got a lot of eyes on you and a lot of people don't understand the job and they want to jump to conclusions about what we do and what we're supposed to do." 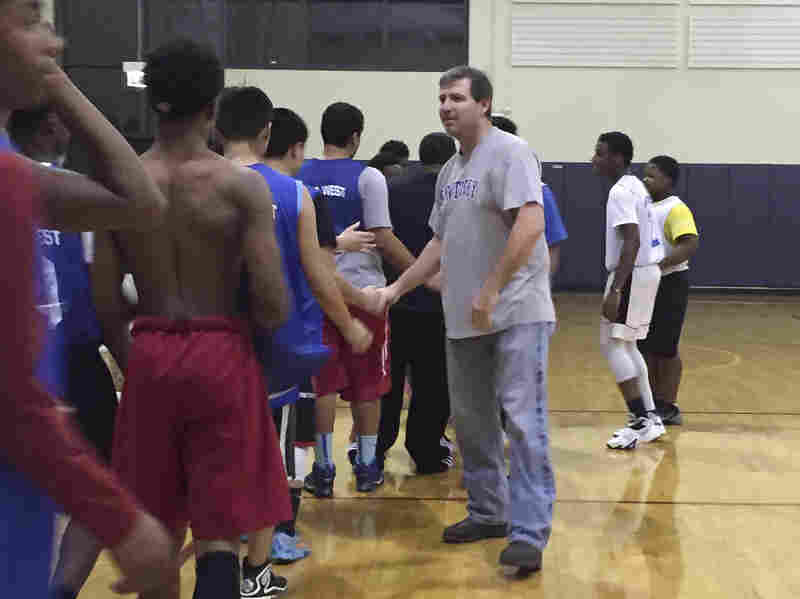 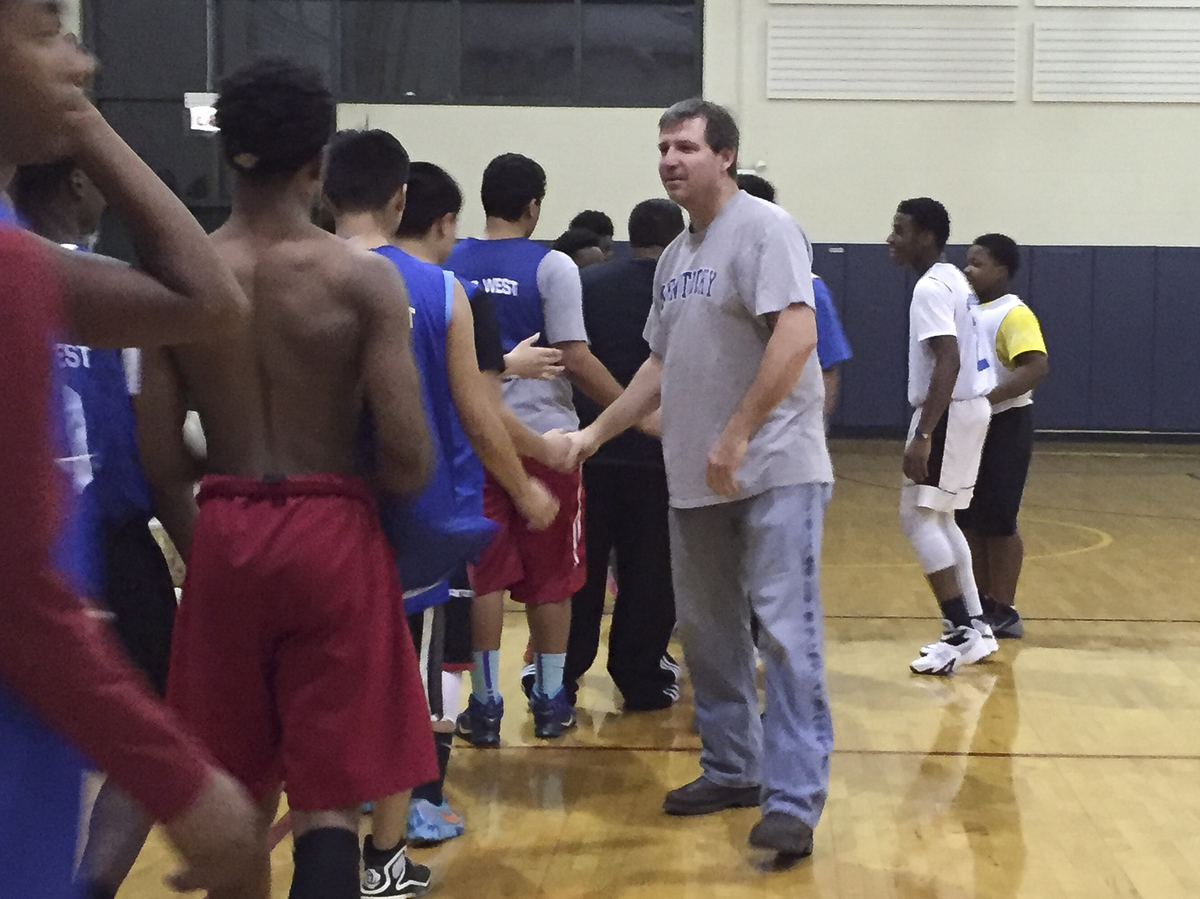 Rewers is one of several officers from the 12th Chicago police district volunteering on Friday nights to coach a new basketball league for 13- to 15-year-old boys who live in and around the public housing development known as the ABLA homes on the city's west side.

Officer Paris Edwards, another 17-year veteran of the force, came up with the idea for the league as a way to improve relations with teenagers in the neighborhood.

"We've known for quite a while that the relationship between the police and youth has been one that has been strained," Edwards says. "The youth feel like the only time they have interaction with the police is when they're being stopped for questioning or they're being looked at for committing some type of crime."

Edwards says the goal is to build a little teamwork and trust.

"I'm glad they doing this because like, right here where we are at now, it's a very bad neighborhood and I'm glad the police came to do this for us," Peterson says.

If the police-led basketball program shows real results in improving relations between beat cops and black teenagers, city officials say it will likely be expanded and replicated across the city.