Accessibility links
Here's What You Need To Know About The March 15 'Mega Tuesday' Contests The primaries and caucuses in big, important states hold more than 1,000 delegates and could essentially determine the nominees of both parties. 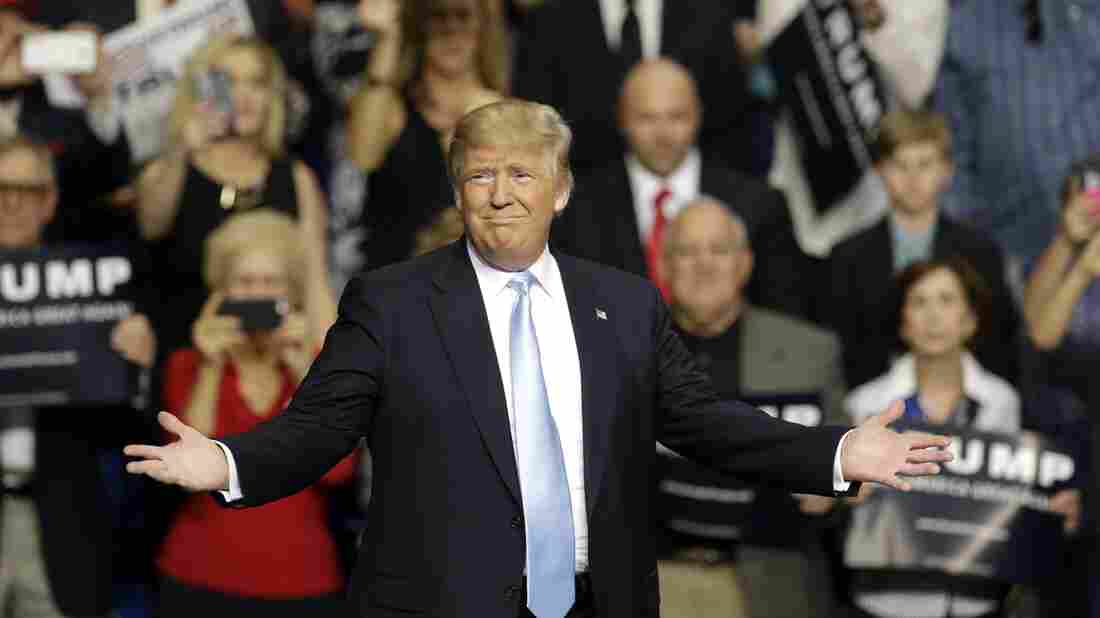 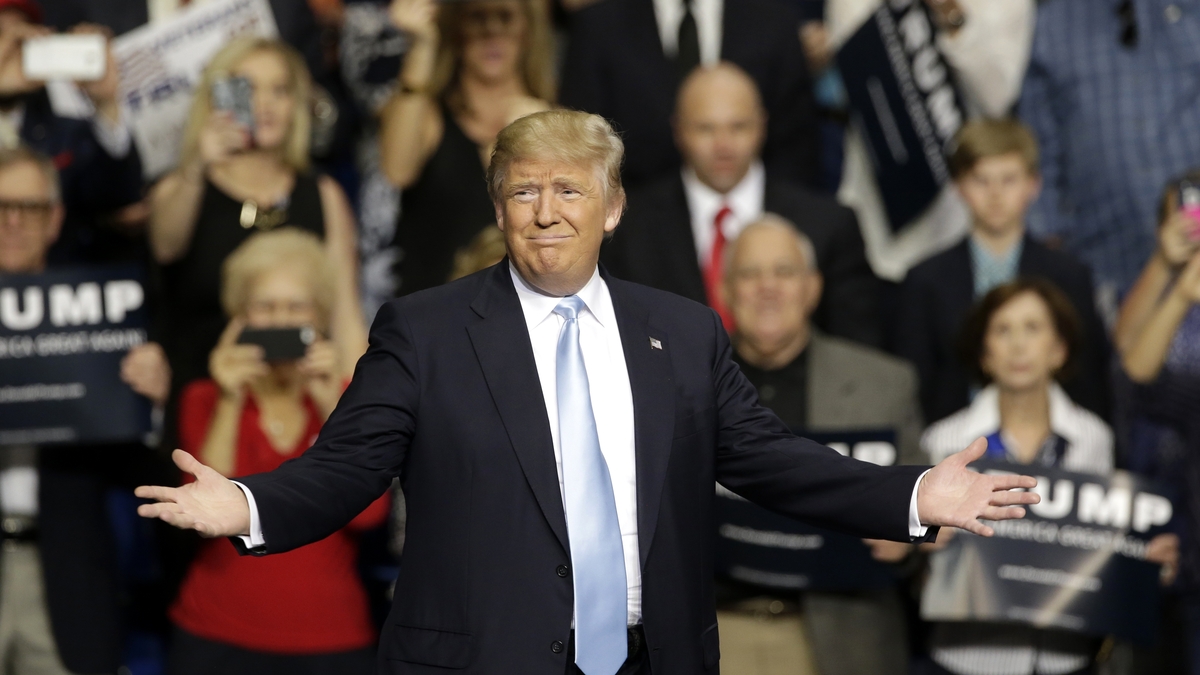 Call it Mega Tuesday. Only Super Tuesday (March 1) had more delegates at stake on a single day than the upcoming contests on Tuesday. More than 1,000 delegates are up for grabs — and the results will be pivotal.

The biggest prizes on the GOP side are the winner-take-all states of Florida and Ohio. On the Democratic side, which still awards delegates proportionally, it's Florida and Illinois, followed by Ohio.

What's at stake for Republicans?

If Donald Trump sweeps the winner-take-all states of Ohio and Florida, it could be a wrap party for his nomination as the Republican standard-bearer.

To be clear, Trump won't mathematically clinch Tuesday even with wins in both places. But the odds that anyone else could go into the convention with a majority — or even most — of the delegates would be almost impossible. It will mean the only way Trump wouldn't be the nominee is if he's stopped at a historic and chaotic brokered convention.

As it stands now, Trump is favored in both Florida and Ohio, but Marco Rubio and John Kasich are hoping their respective home states put them over the top. There is some evidence of momentum for Kasich in Ohio, where he's a popular governor. One poll showed him in the lead this past week. Rubio's campaign is even telling people to vote for Kasich in Ohio, following a plan laid out by Mitt Romney designed to try and stop Trump from getting a majority before the convention.

Florida has been trending the other direction, with Trump favored. Rubio is running zero ads, and Ted Cruz has made a late play in the state. If Rubio loses Florida, it's likely lights out for his campaign. If Kasich loses Ohio, his chances of winning the nomination are severely diminished from what's already something unlikely to happen. It could also be the end of his candidacy, considering the next contest where he could contest wouldn't be for three weeks in Wisconsin.

Side note: Don't overlook the contests in Illinois, Missouri and North Carolina, which, combined, actually have more delegates than Florida and Ohio put together. Since they are not winner-take-all, though, no one is going to net the margins there that they could in either Florida or Ohio.

What's at stake for Democrats?

These are the first major contests following Bernie Sanders' surprise win over Hillary Clinton in Michigan. It was apparently the biggest polling upset in history. It also showed Sanders can win in a big, diverse state.

But it didn't change one thing — the math. Clinton remains the favorite for the nomination because of her delegate lead and because Democrats award delegates on a proportional basis. Despite the potentially narrative-changing win in Michigan, Sanders woke up further behind, because Clinton had won such a huge margin in Mississippi. Sanders now needs 54 percent of remaining pledged delegates for a pledged-delegate majority. With superdelegates factored in, he needs 60 percent.

Math aside, Tuesday is important, though. If Sanders can pull off more surprise wins in these big states, Clinton will look vulnerable. Superdelegates could switch their allegiance, and Clinton will have her back against the wall. The last thing she wants is to limp to the nomination. She needs to show strength Tuesday.

Sanders believes, after Michigan, that his message on trade has resonance in the Upper Midwest, meaning states like Illinois and Ohio could line up well for him.

One thing already appears clear, however — no one on either side is going to get a majority of delegates for months.

How many states? Five, plus one territory: Florida, North Carolina, Ohio, Illinois, Missouri and the Northern Mariana Islands (on the Republican side; the islands vote Saturday for Democrats).

Why is March 15 a big deal? It could be decisive for both parties. Also, not only are there a lot of delegates at stake, but it's also the day when the contest rules change for the Republicans. States can start to pick how they want to award their delegates. For both Florida and Ohio, that means winner-take-all.

Democrats: Sanders won the caucuses in Maine, Kansas and Nebraska. Clinton won by a huge margin in the Louisiana primary.

GOP: Cruz won the most delegates with wins in Kansas and Maine. Trump pulled off narrow victories in Louisiana and Kentucky. Rubio won the Republican primary in Puerto Rico Sunday by more than 50 percent of the vote, giving him all 23 delegates (which, by the way, is as many delegates as in New Hampshire).

Democrats: Sanders won Michigan after going into the primary polling way behind Clinton. Clinton won Mississippi by 60 points and gave her the most delegates that day despite Sanders' narrative-changing Michigan win.

What is the current delegate count?

For details about delegates, check out the NPR Delegate Tracker.

For past results and which states are coming up to vote, here's the NPR 2016 Primary And Caucuses Calendar.