Accessibility links
Bravery Among The Ruins In 'Noonday' Pat Barker's latest novel completes the trilogy she began with Life Class. Her first foray into the World War II era is rich with evocative language, though it occasionally verges on soap opera.

Bravery Among The Ruins In 'Noonday'

Bravery Among The Ruins In 'Noonday' 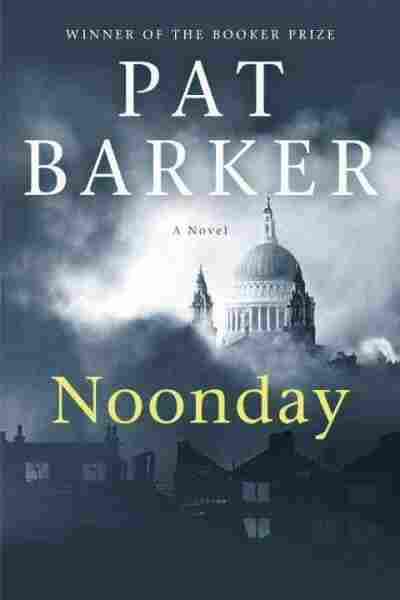 Horses with manes and tails aflame stampede through the streets of Blitz-era London. Luftwaffe bombers attack, "great clusters of them, like midges over a stagnant pond." These are among the myriad indelible images that haunt Noonday, Pat Barker's powerful, ambitious historical novel. Depicting the lives of a group of young men and women struggling to survive during the weeks that German bombs lacerated the United Kingdom, the book completes the trilogy Barker embarked upon with Life Class and Toby's Room. Those novels returned to the WWI period setting of Barker's acclaimed Regeneration Trilogy, so Noonday represents her first fictional foray into World War II. The results are stirring.

Although this novel may be read as a stand-alone, fans of Life Class and Toby's Room will enjoy being reunited with Elinor Brooke, a painter whose talent has landed three of her canvases at the Tate. This being wartime, Elinor has put away her brushes to drive an ambulance at the Tottenham Court Road depot. Increasingly estranged from her husband Paul, also an artist, she harbors a long-simmering attraction to old art-school flame Kit Neville. The novel plumbs the intricacies of their relationship over the course of late summer and early fall 1940, as the 500-pounders pummel London from above.

Some of their passions have the cheap feel of a soap opera. When Elinor sits down for one of her regular heart to hearts with Paul or Kit you can almost see the bubbles rise in the room. Much of the story was too weepy for me; I would have found a drier approach to its people more believable, and more enjoyable. But the dominant character here is the Blitz itself, and in its portrayal Barker delivers her most affecting storytelling.

It's no mean feat to match the horror of a historical experience with horrific language and not go over the top into fright-show territory. Often enough, Pat Barker walks this line with sensory-thick language; its sweep makes us truly appreciate life and death in a decimated landscape.

War images are searing (literally, as fires burn everywhere, day and night), as well as up close and personal. "The change was in the sky: beyond the black ridges of the rooftops, a red, sullen glare was growing and spreading, lit at intervals by the orange flashes of exploding bombs." We smell the foul interiors of overnight shelters. We hear the crunch of glass underfoot as the shell-shocked denizens emerge from behind blackout curtains to kill the horror with glasses of sweet, numbing whisky. And we see oily smoke drifting over black roads, and bodies lying in the gutters "like sodden heaps of rags."

Noonday gives us bravery among the ruins: Elinor must leave her house when it is crushed by a bomb. The face of Kit Neville, who longs for their former passion, was ravaged in the last war and has been sewn together in a patchwork of pain. The women of the ambulance corps plaster themselves with cosmetics to offset the gray dust on their faces, the under-eye circles of exhaustion. Some of these scenes are as casual as they are unforgettable: A man's head rests upon a concrete sidewalk, "severed neatly at the neck, one eye closed." A child simply kicks it aside.

Effortlessly delivering beautiful toss-off sentences, Barker effectively captures the time and place: "Even the roses, this summer, looked as if they were expecting to be bombed." Her evocative language applies to more intimate personal matters, too — as her mother's heart beats its last, Elinor "could almost believe she saw the dark, struggling muscle laboring away inside its cage of bone."

Some of the language becomes bruise-purple; readers might not want to hear quite so much sentiment along the lines of "Nightmares crawled across each other like copulating toads." It's no mean feat to match the horror of a historical experience with horrific language and not go over the top into fright-show territory. Often enough, Pat Barker walks this line with sensory-thick language; its sweep makes us truly appreciate life and death in a decimated landscape: "London: no longer one of the world's great centers of civilization, but merely a settlement on a river, lit by guttering candles after dark."