Accessibility links
'Zimerican' Playwright Danai Gurira Brings African Stories To American Stages You may know Gurira as Michonne, the samurai sword-wielding zombie slayer on The Walking Dead. But she's also an award-winning playwright and this week, two of her works are opening in New York. 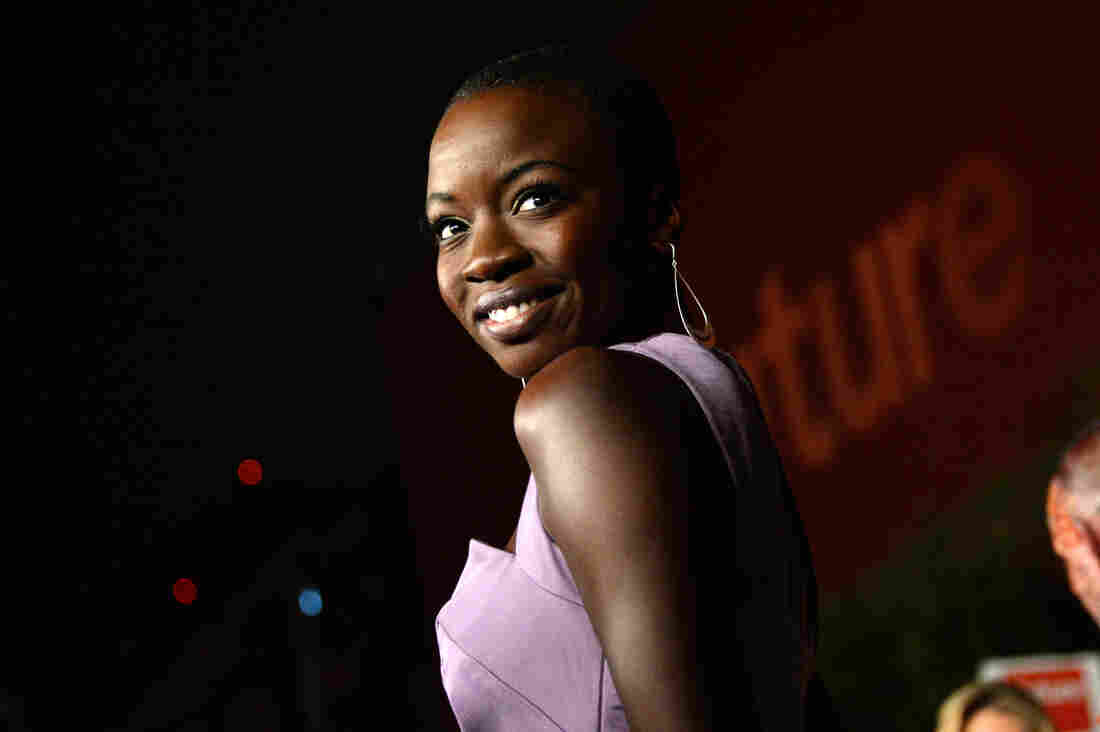 You may know Gurira as Michonne, the samurai sword-wielding zombie slayer on The Walking Dead. But she's also an award-winning playwright and this week, two of her works are opening in New York. Jason Kempin/Getty Images hide caption 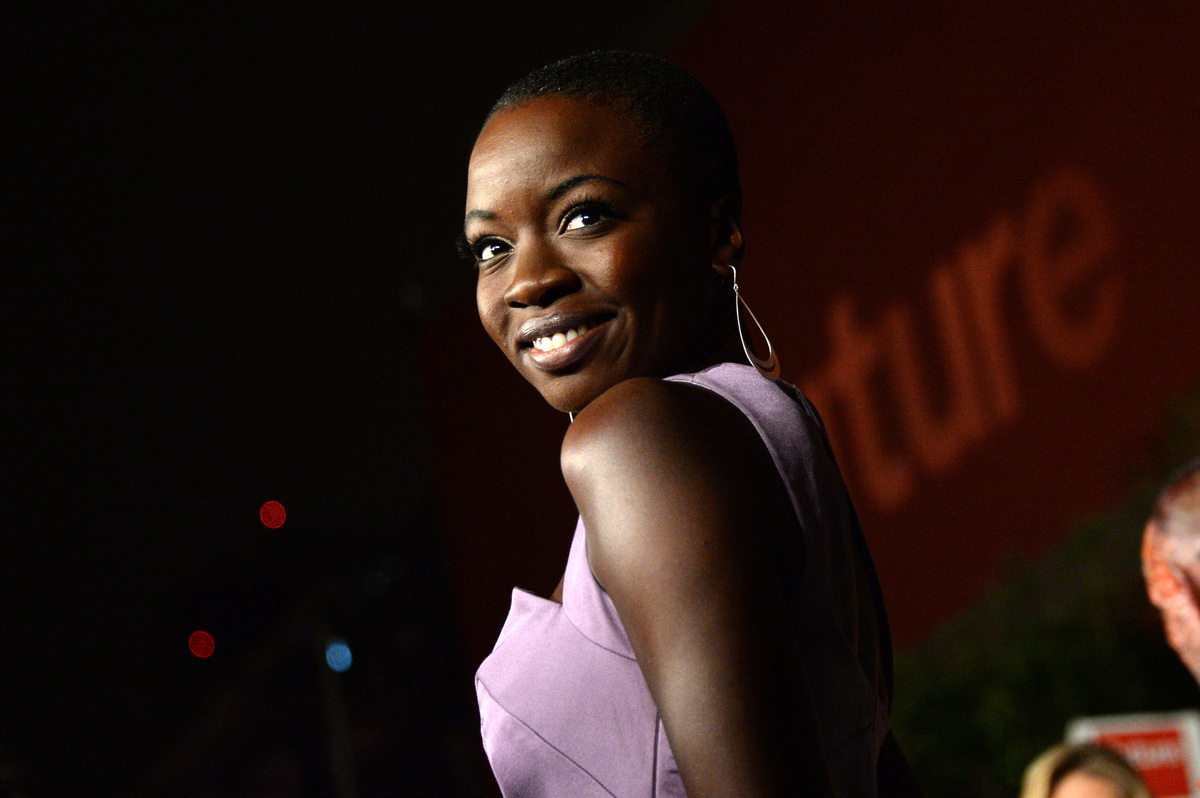 You may know Gurira as Michonne, the samurai sword-wielding zombie slayer on The Walking Dead. But she's also an award-winning playwright and this week, two of her works are opening in New York.

Danai Gurira often calls herself a "Zimerican." The actress and playwright — who you may know best as Michonne, the samurai sword-wielding zombie slayer on The Walking Dead -- was born in Iowa, to Zimbabwean parents, and the family moved back to Harare when she was just five. She returned to the U.S. for college and has stayed ever since.

"I was always in a hodgepodge of culture — there's no other identity I know, really," she says.

And that makes her uniquely suited to tell stories from both sides of the Atlantic. She's now toggling between rehearsals and performances for two plays that she's written, both currently running in New York.

"What drives her is so profoundly meaningful," says Rebecca Taichman, director of Gurira's off-Broadway comedy-drama called Familiar. "I think it must be part of what supplies the energy. It's not ego, it's not narcissism; it's ... a very profound desire to tell African stories on American stages."

Familiar takes place in Minnesota, where the eldest daughter of Zimbabwean parents is getting married to a white man. Gurira says it was taken from her own observations.

"I was at a wedding and I was just struck by all of my family's absurdities — and my own included," she says. "I just knew I couldn't not write about it!" 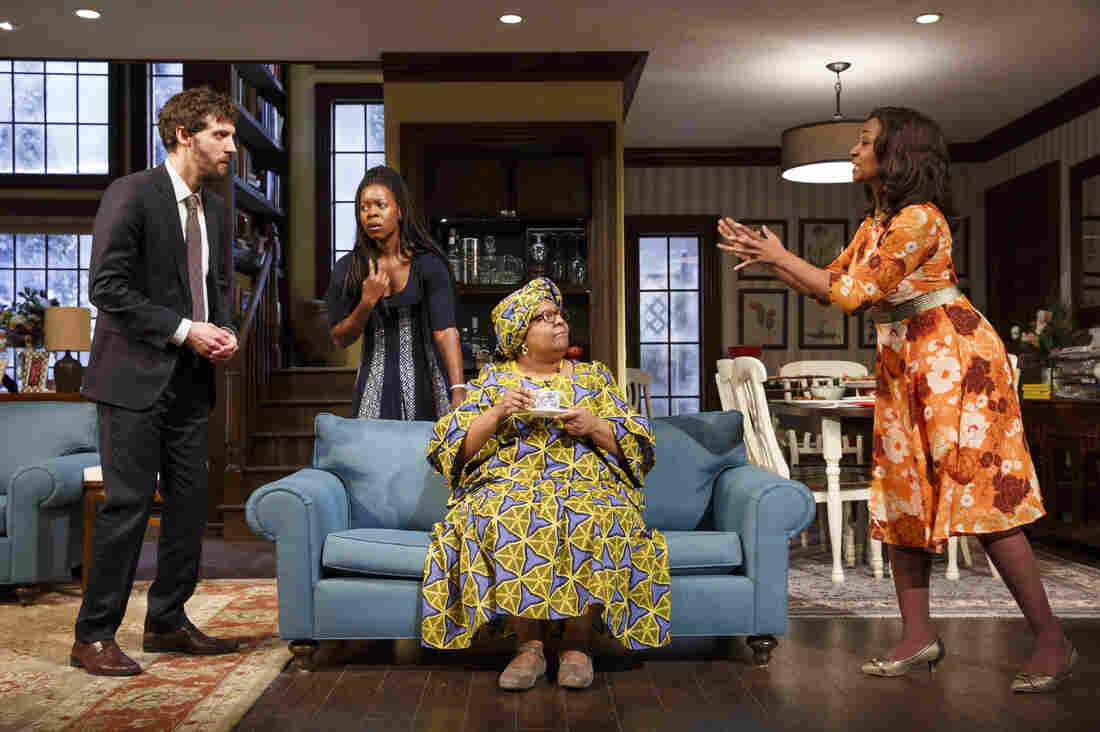 So, she dives headfirst into the culture clash between American and African traditions While the upper middle class trappings of Familiar may be familiar to American audiences, the setting of Eclipsed — Gurira's Broadway debut — is something else entirely. She was inspired to write it after reading an article in The New York Times about the Civil War in Liberia and young women who fought in it.

"These were, like, 22-, 23-year-old girls, women, who had, like, you know, little skimpy jeans on, little skimpy tops, really looked cool and hip and current and then, they had these big AK-47s on their backs," she says.

Years later, she went to Liberia and met with many women — former soldiers, sex slaves and peace negotiators — and based the play on their stories. Academy Award winning actress Lupita Nyong'o plays a 15-year-old girl, captured by the rebels, who is struggling to survive an impossible situation. Nyong'o says the girl is caught between being serially raped by a commander and thinking she can find her freedom in the rebel army.

"I think the Girl is our way into this world," Nyong'o explains, "because the war has touched her, very recently. And so she comes into this world and is trying to figure out what the rules are, at war. And she has to make a lot of choices about how she intends to survive."

Gurira says through the girl's experiences, the audience is left with larger questions.

"What do we have left after a war?" she asks. "What is in the souls and the spirits and the psyches and the remains of those who get through it; and especially the young who haven't even been able to, you know, like formulate themselves into full adults before they were taken into something this vicious and cruel?" 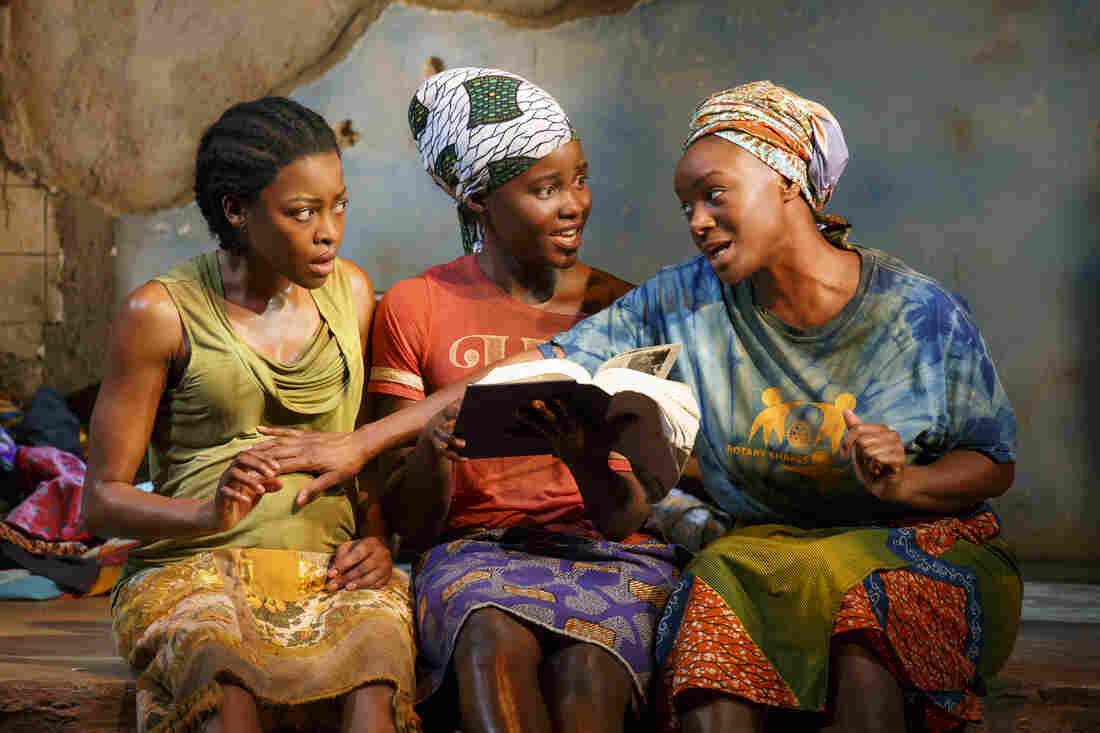 Gurira was inspired to write Eclipsed after reading an article in The New York Times about the Civil War in Liberia. Above, from left, Pascale Armand, Lupita Nyong'o and Saycon Sengbloh. Joan Marcus/DKCO&M hide caption

Eclipsed is making Broadway history. It's the first time a production has featured an all-black female cast, a black female director and is written by a black woman. It's been an intense few months for Gurira, with two plays opening, as well as working on her movie and TV roles. (In addition to her role on The Walking Dead, she's also playing Tupac Shakur's mother in the biopic All Eyez on Me.)

"There are times when I hit a wall and I just have to be, like: 'Guys, I need the evening to myself to like, regenerate,' you know?" she says, laughing. "But it's good. It's all good."

And she's not slowing down. Gurira runs a non-profit, which brings Zimbabwean and American artists together, and she's working on a new play about the women's movement in Africa.