Accessibility links
In Apple Security Case, Obama Calls To Strike A Balance The president's appearance at SXSW's technology conference comes as the Justice Department tries to force Apple to help it unlock an iPhone. Many in the tech world oppose the government's position. 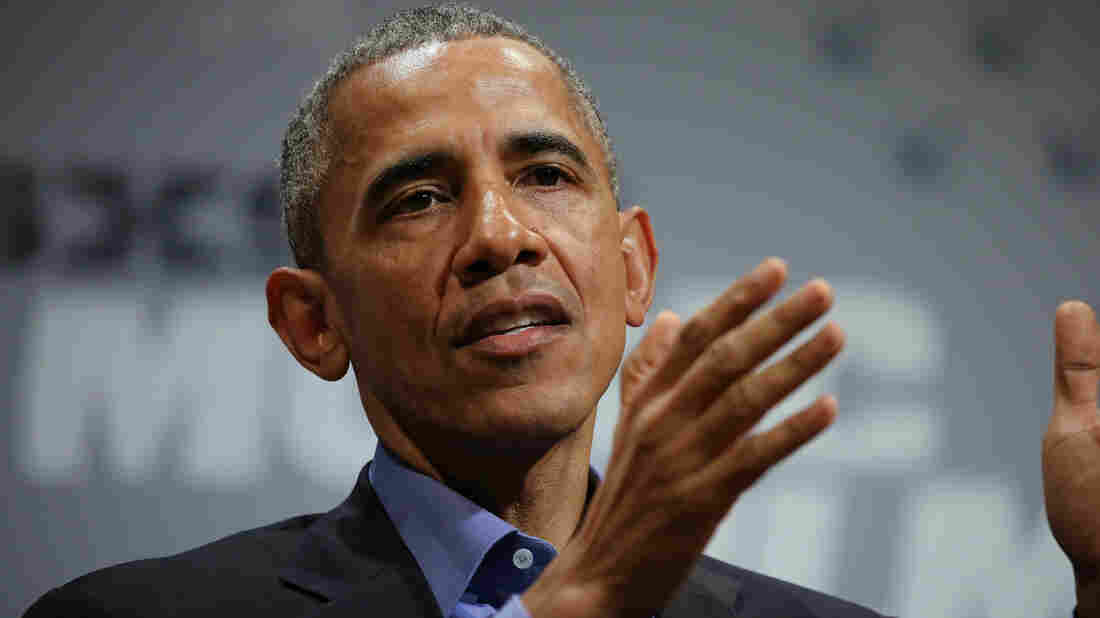 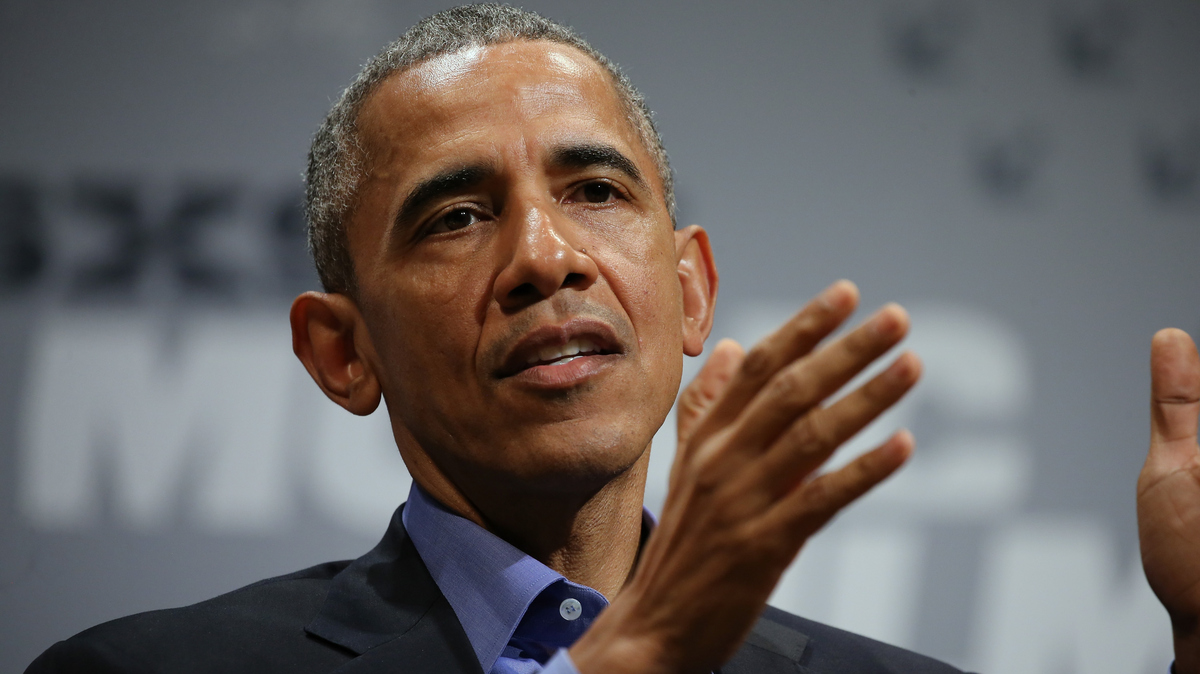 President Obama was in Austin, Texas on Friday to make peace with techies. He addressed attendees at the annual tech conference South by Southwest Interactive and asked for help getting Americans more civically engaged. But he also spoke for the first time at length about issues in the stand off between the Justice Department and Apple over a terrorist's iPhone.

Since February, Apple and the Justice Department have been slinging legal arguments at each other like swear words. The fight is over a federal magistrate judge's order, which asks Apple to write special software to help the FBI break into an iPhone used by one of the terrorists who killed 14 people in San Bernardino. Apple is challenging the magistrate's order.

President Obama said he couldn't address the San Bernardino case directly, but gave his thoughts on those who think the government should never be able to get into someone's smartphone.

"That I think does not strike the kind of balance that we have lived with for 200, 300 years," the president said. "It's fetishizing our phones above every other value."

Values like safety and security. President Obama said that authorities have always been able to break locks in the physical world when they can prove to a judge they have probable cause to believe someone is a criminal.

And the president notes that since the attacks on 9/11, Americans have put up with searches and screenings before they step on an airplane. He said the country must find a way to balance privacy and security. The tech community must help, Obama said, because if there is another attack, Congress will act "in ways that have not been thought through — and then you really will have a danger to our civil liberties."

Obama was asking the tech community to work with law enforcement to help officials understand the technology. He wants the two sides to work toward a solution that makes sense given the way technology works.

Obama's stated purpose in visiting South by Southwest was to bridge a gap between the private tech sector and government. For most of his time on stage, he spoke about how he hoped technology specialists could help government better engage with citizens to solve big problems.

And it seems like he may have helped bridge some gaps — even as the fight between Apple and the FBI continues to create friction.

Tony Weisman, CEO for the Americas of tech marketing firm DigitasLBi, said when he walked into Obama's talk he was on Apple's side completely. But Obama's speech shifted his position.

"I think what he does so well is he tends to take the heat out of an argument," said Wiesman. "And a lot of social media, particularly in this tech world, tends to be dominated by absolutist views and black and white. And he's very good at finding a common ground."

Weisman said now he isn't so sure that smartphones should be sacred spaces, where the government can never look even if public safety is a real concern. He wasn't the only one persuaded by the president.

Cameron Barragan, who works for the tech marketing firm Bazaarvoice, also began to believe there might be some way for techies and the government to find middle ground.

"Where both parties can come together and find a solution — really builds on this whole idea of the same kind of concepts behind probable cause, as you use in a car or someone's house. So that was a new way for me to think about it," he said.

But some others said they weren't persuaded by the president. And most people in the tech community won't get to hear him in person. So there's likely to be more mudslinging from both sides over privacy, security and our smartphones.