Accessibility links
Comeback Girl: Gwen Stefani On Healing In Public Stefani burst onto the pop scene with Tragic Kingdom, the 1995 No Doubt album forged inside a bitter breakup. Twenty years later, her public image has changed, and with it the stakes of making music. 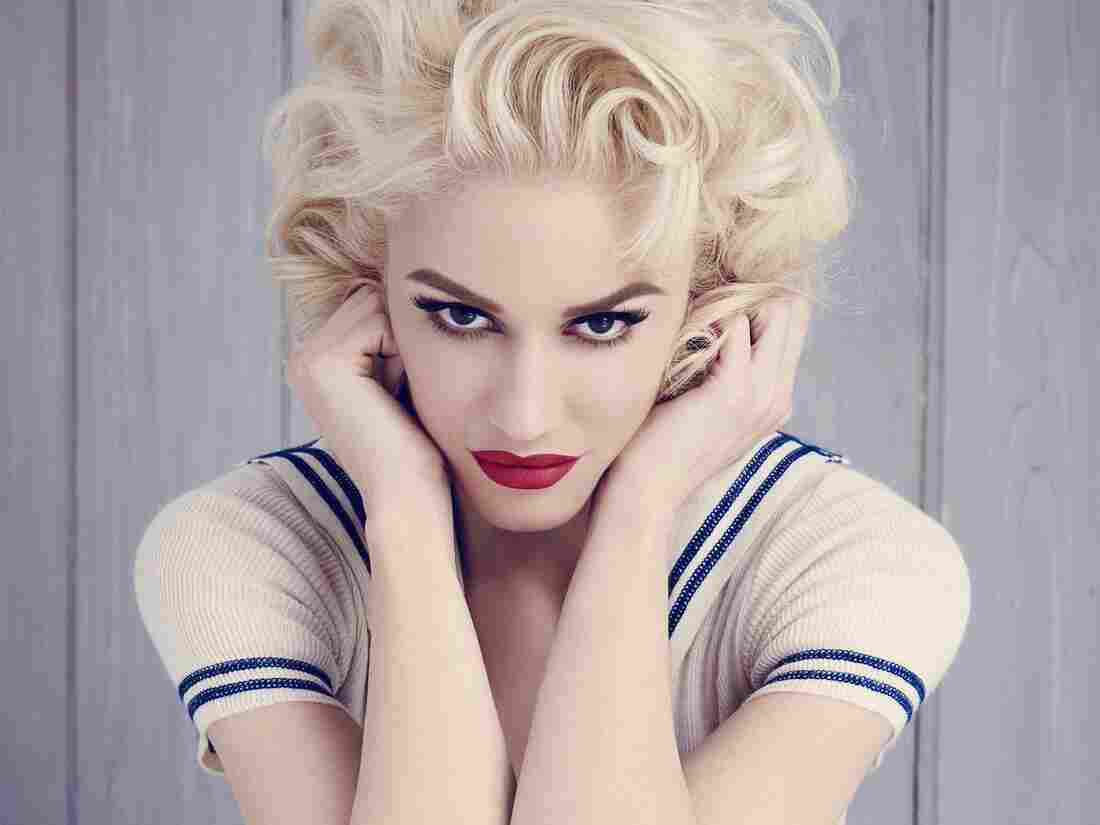 Gwen Stefani's new solo album, her first since 2006, is called This Is What the Truth Feels Like. Jamie Nelson/Courtesy of the artist hide caption 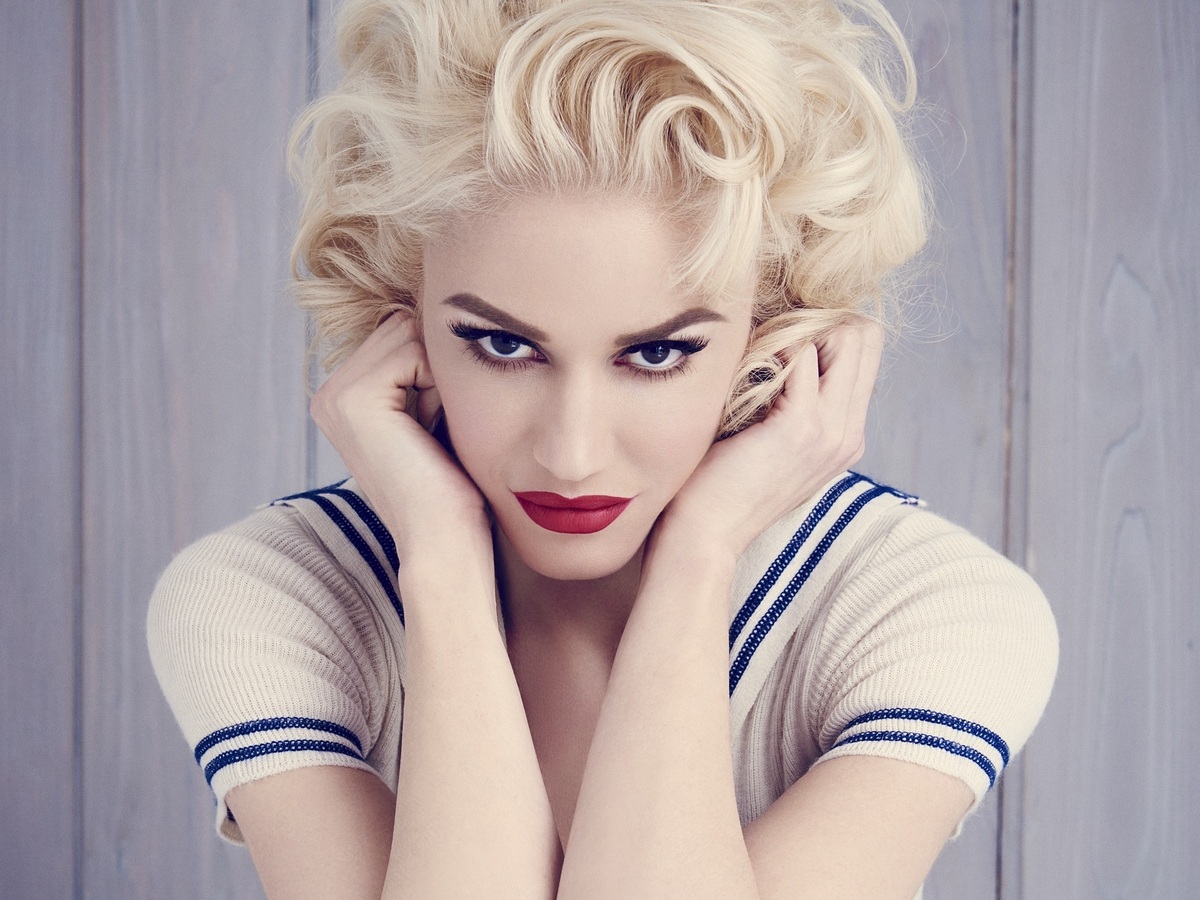 Gwen Stefani's new solo album, her first since 2006, is called This Is What the Truth Feels Like.

Jamie Nelson/Courtesy of the artist

Gwen Stefani hit the pop landscape more than 20 years ago with an arresting declaration: "I'm just a girl in the world. That's all that you'll let me be." Since the chart debut of No Doubt in 1995, she's made it her business to be much more — launching a successful solo career, creating a clothing line, starring as a judge on NBC's The Voice, and finding the time between it all to have three children.

And yet, her latest project comes nearly a decade after her last solo release. Like No Doubt's Tragic Kingdom, its songs were forged in the aftermath of a romantic breakup — but as she tells Weekend Edition Sunday, her public image has changed, and with it the stakes of making music.

Stefani spoke with NPR's Rachel Martin about the surprises, missteps and rebounds that led to her new album, This Is What the Truth Feels Like. Hear the radio version at the audio link, and read on for an exchange on songwriting that didn't make the broadcast.

Rachel Martin: This is your first solo release in many years, and the process took a while: You wrote some songs, and then you scrapped them. What happened?

Gwen Stefani: I had done the No Doubt record Push and Shove, and that was a real challenge for me: I think after the giving birth twice, going on multiple tours, all the stuff that I had done, I really got quite burned out after that. Sometimes life is so crazy, you have to go through something to be able to find out what you're supposed to talk about next, and I think that's what happened to me.

I had gotten pregnant with Apollo, and I didn't plan on that — it was just such a beautiful miracle. Four weeks later they called me and, like "Do you want to do The Voice?" It was this incredible opportunity to do something different. It's not about me — it's like, "How can I help you?" And when you give like that, you receive so much. It was an incredible experience, but it also gave me that bug: I wanted new music so badly.

So, I was trying to cheat a little bit. I was like, "OK, maybe I can just do it the way everyone else does it: just get other people to write my music for me, and I can kind of tell them what to write, and curate it." I just gave birth, I'm nursing, I'm on a new TV show and I have two other kids. It's impossible! So let's do it the way we can. And I tried that for a while, and actually had almost a whole record. I put out a song called "Baby Don't Lie" — I don't know if you remember that one. But overall, it just didn't feel right.

Am I right that you were working on these songs with Pharrell?

You're kind of right: I did write a song with Pharrell. He had called me right after I gave birth and was like, "Do you want to do Coachella with me?" It was right at the height of "Happy," and my boys were so obsessed with him. So I got a tour bus, and the first time I walked outside my house after giving birth to Apollo was to do "Hollaback Girl" onstage.

It's not like we were super close, but he is one of those people that always pointed me in the right direction. He's quite spiritual, and always said really poignant things to me that changed my life, let alone the music we wrote together.

He can read people, you know? He can tell your insecurities and kind of be like, "Why are you letting everybody control you?" Things that tap into something inside you that you already know. That's why he's so good on "The Voice" — he just has that gift. And so, when we were on the show, he came to my dressing room and was like, "I got a beat! I got a track!" That was "Spark the Fire," the song that we wrote together, and it was the first bit of writing that I had done in a long time.

I think after doing Push and Shove and having it not be successful, I lost a lot of confidence. Songwriting, for me, has always been traumatic, and I've always made all these excuses. But I've realized that you have to just accept that it was a gift: "I don't know where it came from, I don't know how I did it, but I did write all those songs, and I gotta do it again."

Why is songwriting traumatic?

Because when you write a great song, it just blows you away. When you write a song that connects with people around the world — I mean like it actually transcends language barriers — you see how it can affect people, and it's quite a tall order to follow up on. I think when I first started discovering I could write songs, I was so naive. And it was after I got broken up with and had my heart sliced up into a bunch of little pieces that I was like, "I'm going to say this." I didn't even know how to play guitar.

We should say — you're talking about your relationship with your bandmate, Tony Kanal. A lot of the songs on Tragic Kingdom, which was a big breakthrough for No Doubt, were written in the context of you two splitting up.

But it's funny — my point is that that record was so naively made. We'd been a band for nine years, never trying to make it. We were making music that was the opposite of grunge and what was popular on the radio, and we were fine with that. And for a garage band, we were massive! We were already successful in our own minds. So when that record came out and made such an impact, and people were relating to it, it was like my life on a plate; it was intense. So, I think I took songwriting real seriously after that, but I never knew how I did it. Because it's not a button that you press.

Is this new album confessional in the same way? Did you have to plumb some of those same emotional spaces to get the songs you wanted?

Well, when I started the first version of this record — the fake, cheating version — the intention was like, "What can it sound like? I want to be back on the radio. I want this, I want that." Then, last February, I think a lot of people know that my life fell apart.

You got a divorce.

I got a divorce. The D-word.

From your husband of many years. How long were you married?

Fourteen. Together 20. You just crumble, you know? I was down — I was all the way down. And I just felt like, "God, I gotta turn this around. I can't go down like this. I have to know that this is happening for a reason." And I knew that I had to turn to music.

I went to the studio and I wrote the first song, and it was this really weird drive on Santa Monica Boulevard, crying the whole way, thinking, "Why am I going to torture myself even more? I'm already dead." But I did it — I wrote a song and it felt so right. It was the only thing that felt good at all. That's what this whole record documents — working through it, having faith, believing in myself and wanting to do something about it. And this is the first record I've ever made in real time: "Used to Love You" came out three weeks after I wrote it.

It must put you in a vulnerable place. Are there things you won't write about?

I don't know. I didn't edit myself at all.

You've never written a lyric and thought, "That's too personal. I can't keep that"?

No. Because I'm just writing what I feel, and I really don't think I've done anything wrong that I need to hide. The biggest thing, and I don't even like to bring it up, is my children — you know, you've gotta protect them. I have people that are affected by what I do, what I say, and that would be the one place where it gets complicated. But being honest and truthful — I just believe that's the best way to be.

This is the part of the interview where I have to ask you about Blake Shelton.

But I have a real question! As you've described it, you went to some dark places with this album as a form of catharsis, to get over a breakup. But judging from your social media, you look to be happy and in a new relationship. Is it as easy to find inspiration and creativity in the joy of a new relationship as it is in the pain of an old one?

I think that's what's so magical about the album: It starts off angry, sad, mad and quite sarcastic — and then really does take a huge change, to hope. People always want to say, "How do you evolve as a musician?" The biggest evolution is to write. It's so great to write a record that's mainly about being happy, and that's something new for me.