Accessibility links
'This Can't Go On In Chicago,' Says Anti-Trump Protester Jedidiah Brown was the man pulled off stage at the canceled Chicago Trump rally. He says his goal was to shut it down. 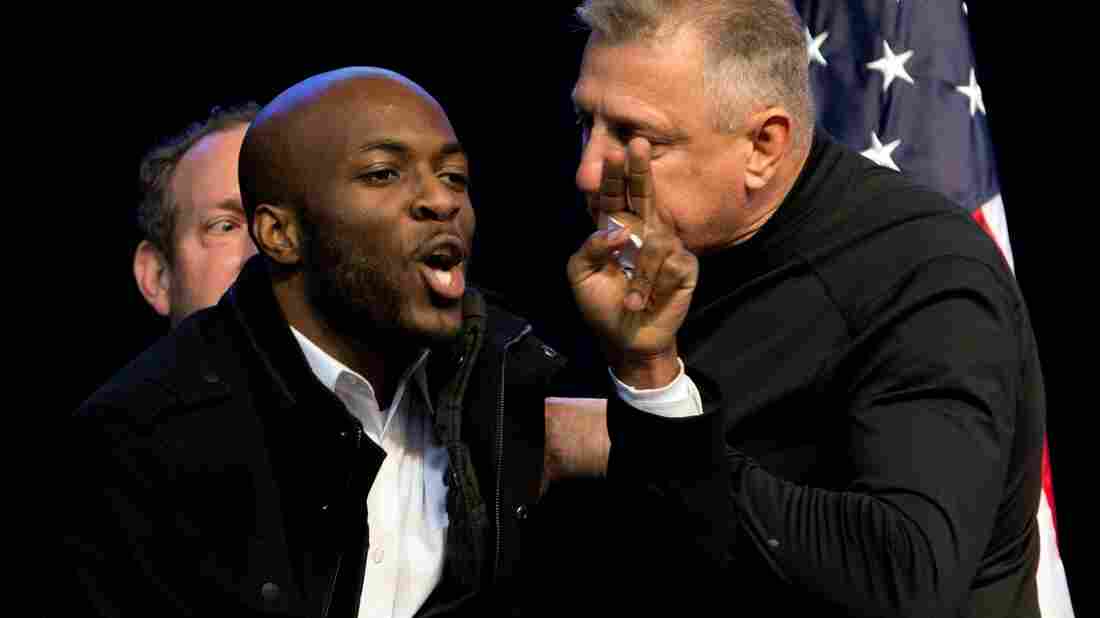 Jedidiah Brown is removed by security during a Donald Trump rally at the UIC Pavilion in Chicago on Friday. Tasos Katopodis/AFP/Getty Images hide caption 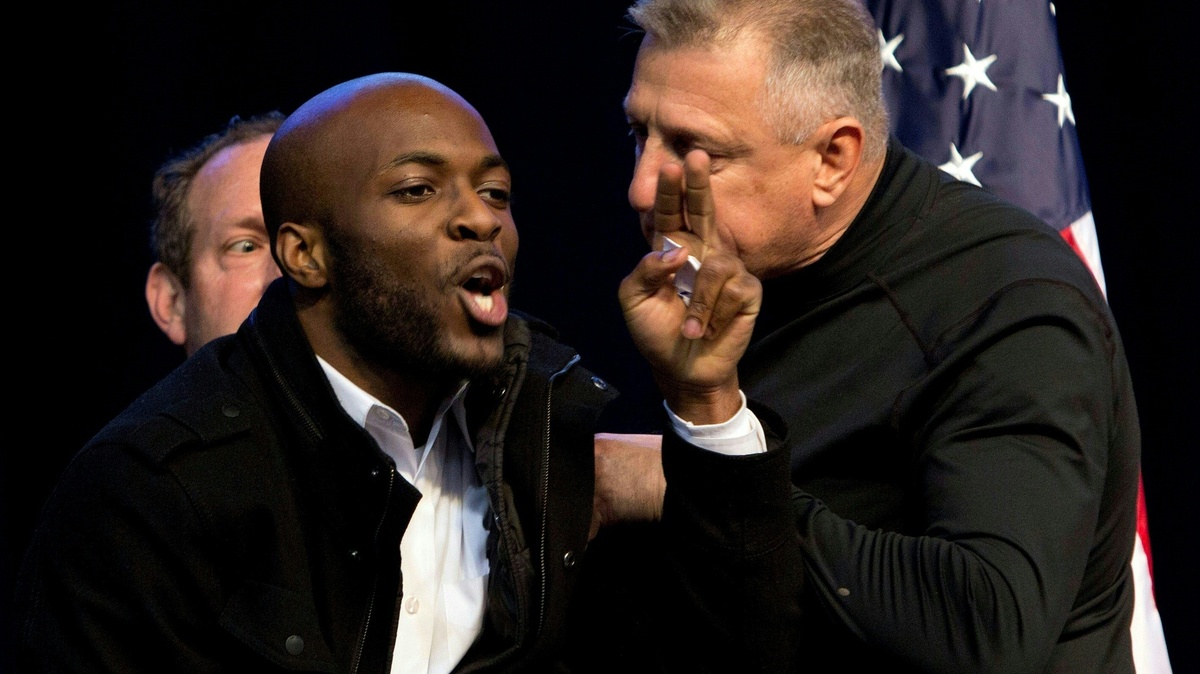 Jedidiah Brown is removed by security during a Donald Trump rally at the UIC Pavilion in Chicago on Friday.

Donald Trump's planned rally in Chicago on Friday was canceled, but not before ugly scenes played out between Trump supporters and people who had come to protest the event.

Jedidiah Brown was there. He was the young man who was shown on television yelling as he was pulled from the event stage. He's part of an organization called Young Leaders Alliance.

"Having gotten into the middle of the rally, I completely felt hated, I completely felt unsafe, I felt completely uncomfortable," Brown tells NPR's Rachel Martin. "And I knew that if this is what I felt, when I saw what they were doing to other people, I couldn't imagine what others felt. So it became my mission to shut this down because this can't go on in Chicago."

The Trump campaign cited the safety "of all of the tens of thousands of people that have gathered in and around the arena," in a statement announcing the cancellation. On Saturday, Trump blamed the unrest on "professional protesters" and "thugs" in the crowd.

It was the latest incident in a series of violent incidents between Trump supporters and anti-Trump protesters that have played out at rallies across the country.

Brown says attendees at the Chicago rally directed racist statements at him. "They were calling us the 'n' word, they told me to go back to Africa," he says. "And they would call us all kinds of things and even say to us things that they would do to us. 'Boy, if I had the chance, I would get you and give you a good whipping, boy.' ... That kind of stuff I just couldn't believe could still exist in America in 2016."

Brown rushed the stage but was immediately grabbed by security. "I went up there for two reasons," he says. "Number one: Shut this down. And number two: Get the right message out in our city: America is already great — without the hate."

He says people who identified themselves as Secret Service took him off stage and let him back into the crowd, but things got worse. Someone threw a water bottle at him, Brown says, and another person put him in a headlock. He says he took a swing back at that person but Secret Service pulled him down and he was later taken into custody by University of Illinois at Chicago police.

He thinks protests like his may be having two reactions from Trump supporters: They either double down on their backing of Trump, or they begin to change their minds.

"I think that some people are more committed now," Brown says. "I think that they feel like this is an avenue to express how they really feel about people like myself that are black. People that are Muslim — for women. I feel like they feel empowered to do whatever they want to do."

But he says people who are still wavering may have a different reaction. "I think that some people are realizing — 'Wait a minute. This isn't what we want. This isn't where we're going. It's not what I'm about.' So I think we've seen minds change on both perspectives."