Accessibility links
Boredom | Hidden Brain We've all been there: bored in class, bored at work, bored in standstill traffic. But why do we find boredom so unbearable? Hidden Brain investigates – hopefully, without boring you. 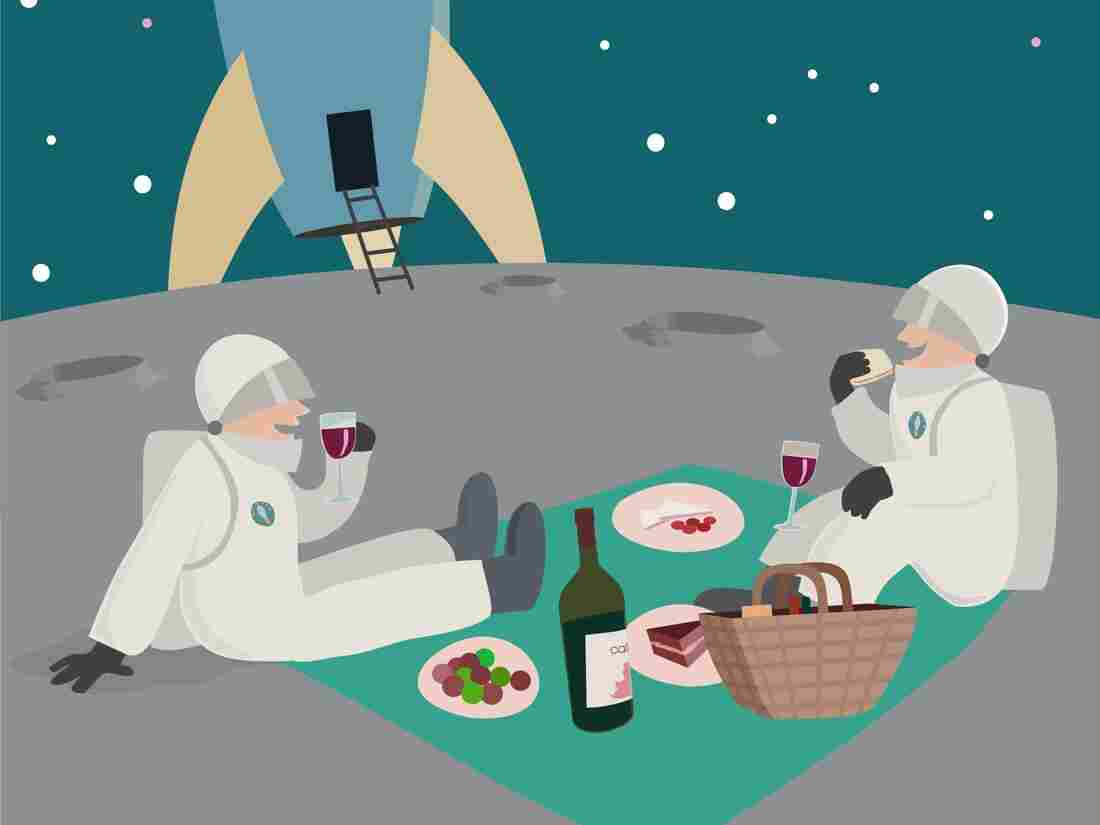 "If you eat the same things every day... it can produce some negative psychological effects," Kim Binsted says, of why astronauts might need to get cooking on a Mars mission. iStock hide caption 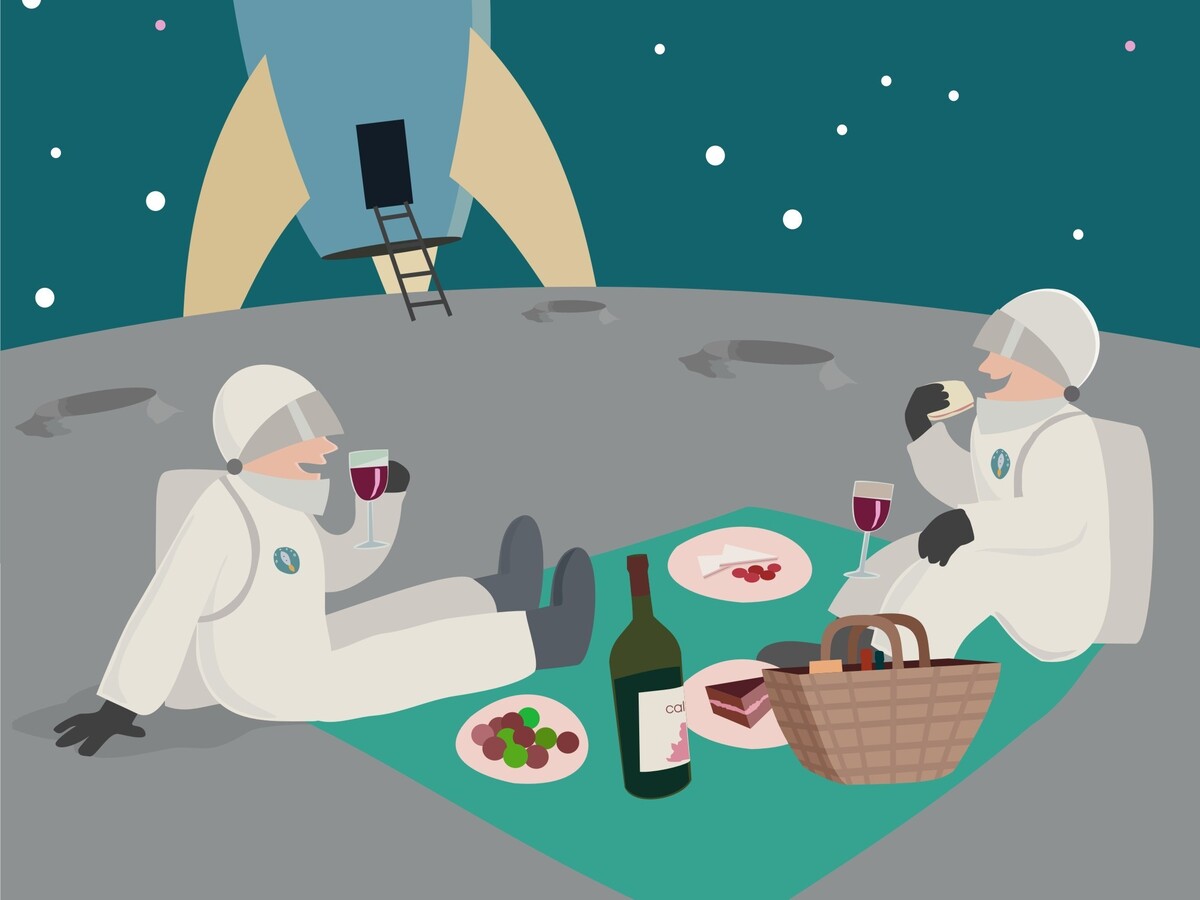 "If you eat the same things every day... it can produce some negative psychological effects," Kim Binsted says, of why astronauts might need to get cooking on a Mars mission.

We've all been there: bored in class, bored at work, bored in stand still traffic. But why do we find boredom so unbearable? And, if we hate boredom so much, why do we still take boring jobs? This week on Hidden Brain, we try to answer these questions and more – hopefully, without boring you.

The researcher Peter Ubel and his colleague, David Comerford, were curious about why people elect to do boring work. Ubel says, imagine applying to be one of those guards at the museum who stand around all day, telling visitors not to touch the paintings.

"At the time, it might sound like a wonderful job - I just stand there and do nothing, and they pay me for it," Ubel says. "But now, imagine standing there all day long while people are walking about the museum enjoying themselves. You're not even allowed to really talk to them much. I cannot imagine a more boring job."

Ubel and Comerford ran an experiment to try to understand this gap, between the kind of work we think we will enjoy, and what we actually feel satisfied doing. They asked business school students to choose between two jobs. Either they could be paid $2.50 to sit in the back of the classroom and do nothing for five minutes, or they could elect to spend those five minutes sitting in the front of the class solving word puzzles.

Peter Ubel calls this tendency effort aversion. And he thinks that this phenomenon is one reason people get stuck in boring jobs.

But it isn't just security guards and toll booth operators who get bored at work. Even astronauts get bored.

In fact, as Max Nesterak reports, this is one of the major obstacles in sending a human mission to Mars – because getting to Mars takes a very, very long time.

Kim Binsted is a professor at the University of Hawaii. She studies the psychological effects of long term spaceflight. Binsted's job is to figure out how to keep the astronauts healthy on long missions. And she has found that boredom isn't just a psychological problem.

"They don't eat enough," Binsted says. "They don't eat enough for a couple of reasons and boredom is one of them, the food isn't appealing. And that's okay for a short stay on the ISS but it's really not okay for the 2.5 years of a Mars mission. That malnutrition could seriously affect astronaut performance."

So a few years ago NASA launched a new project. Scientists built a 1200 square foot geodesic dome — a bubble — on the slope of a volcano in Hawaii. The idea is to simulate a Martian environment.

The agency started sending groups of six to stay inside the dome for months at a time. Water is limited. When the volunteers want to see a website, they have to submit a request to retrieve the page — after 20 minutes. When they go outside, they have to put on spacesuits.

Kate Green is a science journalist. She spent four months living in this tiny dome with five others. She wrote about her experience in Aeon.

She says that before she went in, she considered herself a person who never got bored.

"Well, things wear on you over the course of four months." Green says. "And by things I mean a static environment. We were talking to the same five people every single day. Our home was a white dome with puffy walls that did not change day to day."

One way NASA is trying to spice things up? By quite literally, giving the astronauts spices, and letting them do some of their own cooking.

Dan Pink joins Shankar for another round of Stopwatch Science and they try to keep it interesting with research on boredom.

Do judges and juries dole out harsher punishments when they're bored? This study suggests they may, but only for people different from themselves. In exchange for a drink, researchers asked a group of Irish people to consider one of two hypothetical cases: an Irishman beats up an Englishman or an Englishman beats up an Irishman. They made some of the participants bored (by making them trace spirals on a piece of paper) before asking them to play judge. They found the bored volunteers assigned longer jail sentences to the English villain and shorter sentences to the Irish one.

Another study by the same researchers, Wijnand van Tilburg and Eric Igo at the University of Limerick, found boredom increases our feelings of nostalgia when we reflect on the past. They made participants bored (by copying passages about concrete mixtures) before asking them to think of a memory. The bored volunteers thought of memories that were more positive and nostalgic than their non-bored counterparts. In both of these studies, the researchers say they believe boredom causes us to search for meaning and that's why we have nostalgic memories and align more closely with our in-group.

This study was, ahem, shocking. We know boredom is uncomfortable, but how uncomfortable? Timothy Wilson and his colleagues at the University of Virginia and Harvard investigated. They left participants alone in a room for 15 minutes with nothing but their thoughts and a device that administers painful electric shocks. They found that a quarter of women and two-thirds of men chose to administer electric shocks (which they previously said they would pay to avoid) instead of just sitting still. One guy shocked himself 190 times.

Is doing something—anything—better than doing nothing? Here's another case that confirms how much we don't like doing nothing. Back in 80s, an airport in Houston was getting a lot of complaints about how long it took their baggage to arrive at the pick-up carousel. The vice president conducted studies, brought in consultants, and even hired more baggage handlers so that the wait time never exceeded eight minutes (an industry standard). Still, the complaints kept coming. Then the airport tried something interesting. They moved the gate farther away from baggage pickup so that fliers were walking most of the eight minutes rather than standing beside the carousel. The complaints stopped.

The Hidden Brain Podcast is hosted by Shankar Vedantam and produced by Kara McGuirk-Alison, Maggie Penman and Max Nesterak. To subscribe to our newsletter, click here. You can also follow us on Twitter @hiddenbrain, @karamcguirk,@maggiepenman and @maxnesterak, and listen for Hidden Brain stories every week on your local public radio station.