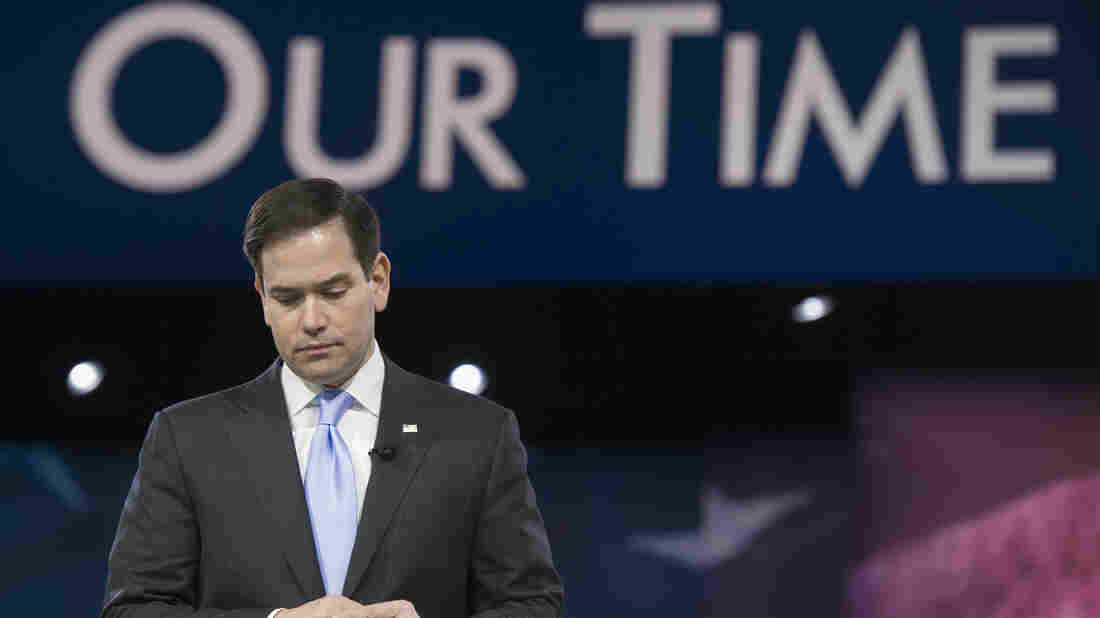 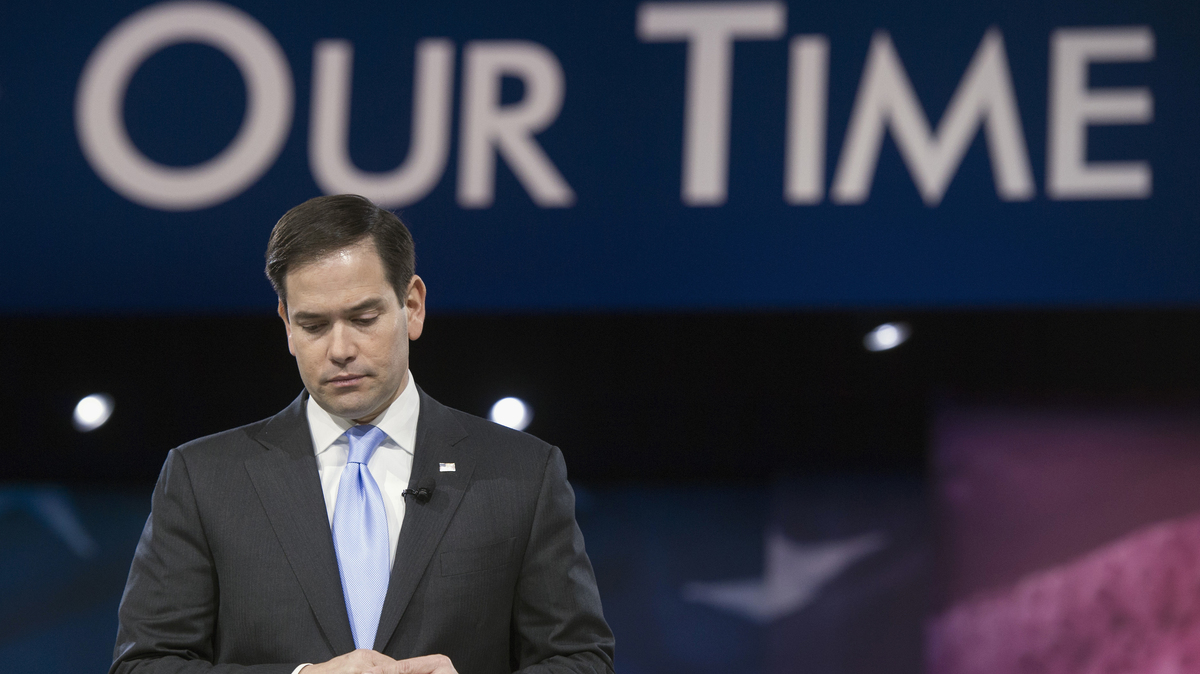 Florida Sen. Marco Rubio announced Tuesday night that he was suspending his campaign for president after losing his home state in a landslide to Donald Trump.

"After tonight it is clear that while we are on the right side, we will not be on the winning side," Rubio told supporters in Miami.

Rubio congratulated Donald Trump at the start of his speech, but later appeared to criticize the real estate mogul's tactics.

Rubio said that Americans are anxious and frustrated about their jobs, immigration and many other issues, and the easiest path to victory would have been to play on those anxieties.

"I chose a different route, an I'm proud of that," he said. "In a year like this, that would have been the easiest way to win, but that is not what's best for America."

The end of Rubio's candidacy is something that has been sensed for weeks by political watchers. The senator won only three total contests: the Minnesota caucuses on Super Tuesday and later the District of Columbia caucuses and the Puerto Rico primary. His campaign kept arguing that once the race moved into the winner-take-all portion of the campaign, particularly in his native Florida, the momentum would shift his way. Instead, his home state would write his political obituary.

Ultimately, it was a disappointing finish for one of the most promising GOP candidates in the race. After a surprisingly strong third place finish in Iowa, it looked like Rubio could be on the rise in the presidential race at just the right time. As other establishment favorites, including his onetime mentor former Florida Gov. Jeb Bush, seemed to be fading, many in the GOP hoped Rubio could become the consensus pick. And many Republicans believed Rubio would be the party's strongest candidate against the Democratic nominee in the fall, too.

But then just days later came a disastrous performance in the New Hampshire GOP debate, where he was repeatedly attacked by New Jersey Gov. Chris Christie. Rattled, he repeated a standard stump speech line multiple times, something he was mercilessly mocked for by his rivals and in the press. He ended up finishing a disappointing fifth place.

But going into South Carolina the following week, he finally seemed to find his stride. He picked up the endorsement of South Carolina Gov. Nikki Haley, along with South Carolina Sen. Tim Scott, the lone African-American Republican in the Senate, and narrowly edged out Texas Sen. Ted Cruz.

But his rising stature made him the target of Trump, who hit him on immigration and his failure to show up for many Senate votes. Then, in an uncharacteristic move from the positive campaign he had been running, Rubio hit back, mocking Trump after a bad debate by insinuating he had sweat so much he looked like he had wet his pants and also implying that because the real estate mogul has small hands, another part of his anatomy might be small, too. The attacks backfired though, and Rubio later said he regretted using the slurs, which had embarrassed his children. He never seemed to fully recover.

Nonetheless, his exit is an abrupt political end for the once rising star. The former Florida House speaker came to Washington in the 2010 Tea Party wave, forcing a sitting governor, Charlie Crist, out of the GOP race before defeating him as an independent.

The young, telegenic son of Cuban immigrants was the kind of new face the GOP wanted to promote, hoping to reach out to a growing Hispanic population. He became a leading voice on immigration reform in the Senate, and was part of a bipartisan group pushing a bill in the Senate in 2013. He later backed off his support for the bill, but its pathway to citizenship would end up being a frequent attack point for his White House rivals.

Just running for president this year was a political gamble for Rubio. He was up for re-election to the Senate, but opted to run for the White House instead. So while even his colleague Cruz will be headed back to Washington if he doesn't win, for Rubio the future is more uncertain. And while there has been speculation he could run for the open Florida governor's race in 2018, a crushing loss in the state tonight makes that a more daunting prospect.