Accessibility links
Male Commentators Tell A Winning Hillary Clinton To 'Smile' MSNBC's Joe Scarborough tweeted: "Smile. You just had a big night." Others commented that she was "shouting angrily." The response to their criticism on Twitter was swift. 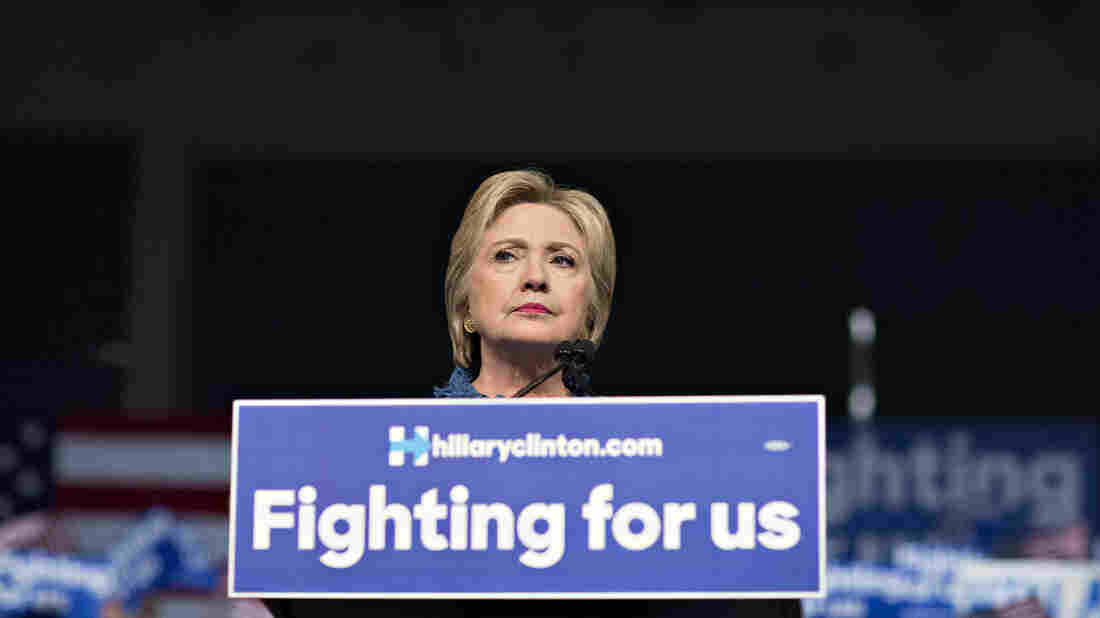 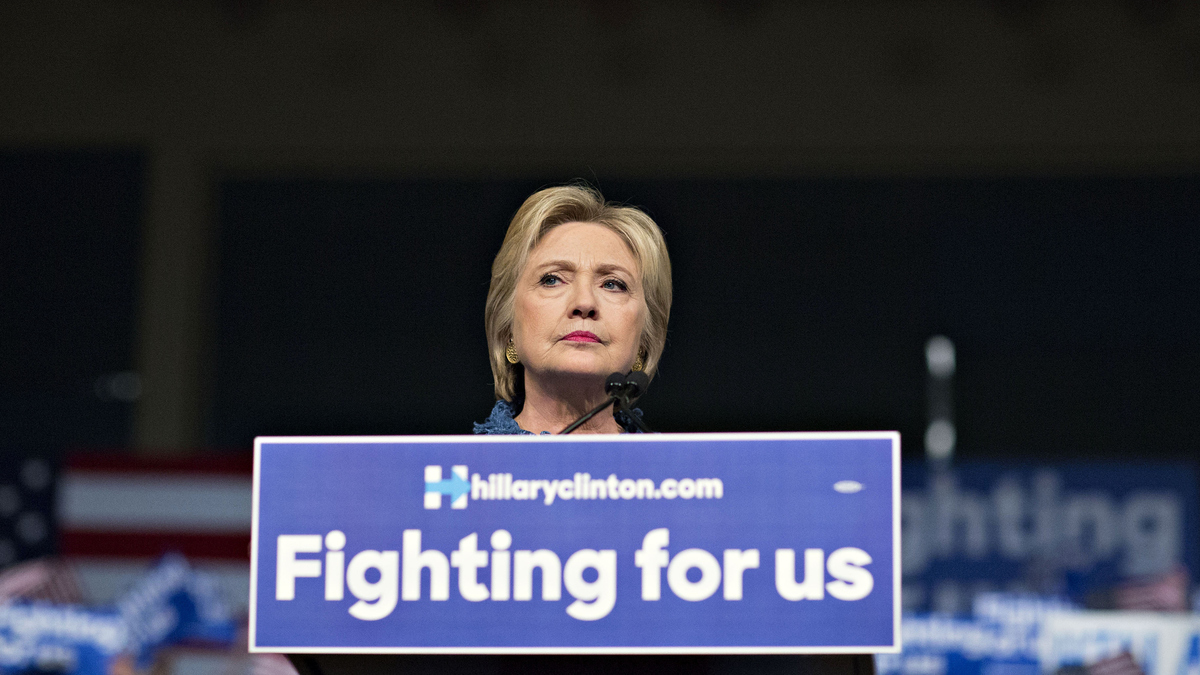 Hillary Clinton pauses while speaking during her primary-night rally in West Palm Beach, Fla., on Tuesday.

Hillary Clinton had a big night Tuesday, cheered by an exultant crowd in Palm Beach, Fla., as she won four states and led in a fifth. But some people on social media criticized Clinton's tone during her speech.

It started with several tweets from male television personalities.

MSNBC's Joe Scarborough told her: "Smile. You just had a big night."

Smile. You just had a big night. #PrimaryDay

Just before that, he had tweeted: "What a massive night for @HillaryClinton."

Hillary having a big night in the primaries. So she's shouting angrily in her victory speech. Supporters loving it. What's she mad at?

Getting attacked for saying Hillary shouted. Was not saying she was shrill. I've just heard her deliver more effective speeches

After getting blowback for the comment, including criticism that similar remarks would not have been made about men, Kurtz said he has also called out Bernie Sanders for shouting.

Yes, Bernie often shouts at debates and town halls. And I've commented on that. Not just HRC

The responses to Scarborough, Hume and Kurtz's tweets were swift. Some defenses were serious.

You know what a great look is -- male reporters complaining Hillary is shouting. #awarenessmuch

And several were funny, taking the form of video clips and memes.

And as proof that Hamilton the musical touches everything, there was also this.

Not heeding the critics, Hume later tweeted this.

Hillary actually smiled at the end of her speech. Mirabile Dictu!