Accessibility links
Movie Review: KRISHA Director Trey Edward Shults expands his highly praised short into Krisha, a film drawn in part from his own family's story — and starring some of his relatives as well as himself.

A Family Holiday And A Familiar Face

A Family Holiday And A Familiar Face 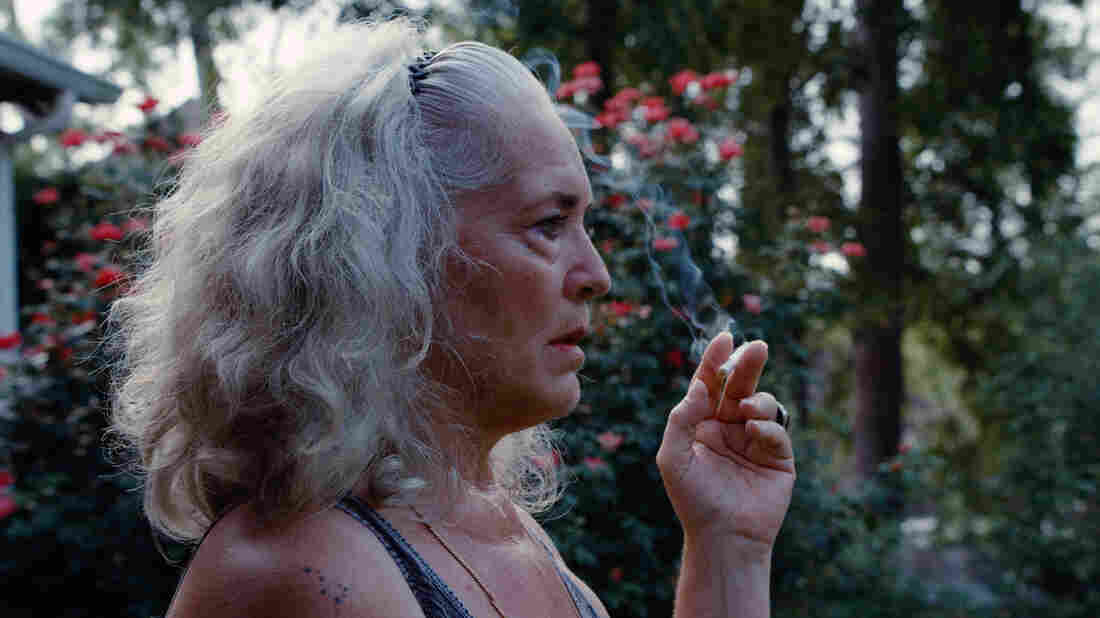 Krisha Fairchild in the feature-length adaptation of the 2014 short film Krisha. Courtesy of A24 hide caption 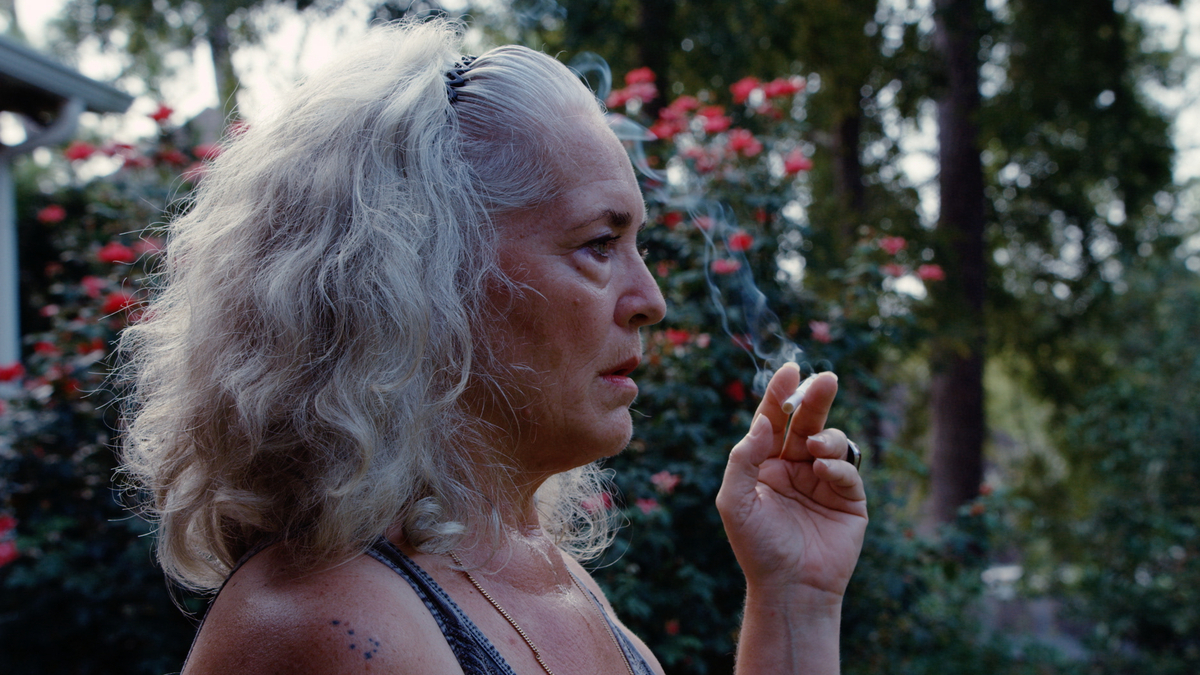 Krisha Fairchild in the feature-length adaptation of the 2014 short film Krisha.

Home for the holidays: An aging prodigal child approaches, swearing like a trooper and dragging all manner of other baggage behind her battered wheelie. Once she finds the right front door — it's been a while, with ample reason, since last she visited — a warm, if nervous, welcome awaits from an extended family of noisy Texans gathered for Thanksgiving. In another kind of movie, tears and laughter will follow as a family closes ranks to heal its black sheep, and thereby itself.

Redemption is in short supply in Krisha, a first feature worked up from a highly praised short by Trey Edward Shults. It's not that kind of domestic drama, though I'm not sure what else to call a film that so unnervingly straddles the blurry line between documentary and fiction. The story draws heavily on the director's own family history, and the title character is played with taut intensity by his aunt, Krisha Fairchild, a retired actress who had a far more positive hand in the real-life events that inspired the film. Other family members, Shults included, appear as versions of themselves, with plenty of leeway to heighten the film's loose verite style. Periodically the camera wanders about the capacious house owned by Krisha's pathologically pacific sister Robyn (played by Shults' mother, Robyn Fairchild), rests briefly on a new baby, shirtless young men arm-wrestling, a tense encounter between father and son, an army of dogs roaming free.

For all the digressions, the point of view belongs to Krisha, who, from the first probing close-up of her handsome face and curly white mane, polishes her pathos with a veneer of theatrical flair. In dirndl and sandals and armed with a supply of defensive New-Age-speak ("I've been trying to become a more spiritual person"), Krisha looks as though she blew in from Taos or Eugene. But her suitcase also contains a red dress with plunging cleavage and a stack of pills, plus booze on the house, to fortify her as she bustles around in apparent calm, preparing a massive turkey for the oven.

And so to escalating melodrama, choreographed within an inch of its mesmerizingly high-strung life. The higher Krisha gets, the more Shults turns her decline and fall into a weirdly potent oratorio that forces us to see Krisha's family from inside her addled head. As the camera lurches from one banal domestic scene to another, the incidental noise rises to a hysterical clatter further amplified by composer Brian McOmber's echoing, atonal score. Thus a normal holiday gathering transforms itself into a cauldron of pent-up rage and resentment that neither begins nor ends with Krisha.

As the eye of the storm, Krisha may be a chosen victim straight out of a Shirley Jackson story, but she won't be denied. Striving to connect with her nephew Trey, who seems frozen somewhere between fear and rage, she puts every foot wrong and milks every excruciating therapeutic cliché dry. Long takes zero in on the actress' lined, mobile features as they register Krisha's increasingly wild swings, signaling the chaos that surges beneath the obligatory good cheer, and the gaps between what is said and felt.

This is well-worn territory, but in the right hands the primal family drama bears infinite repeating. Though he's worked closely with Terrence Malick, Shults' jumpy camera more readily evokes Thomas Vinterberg's searing 1998 Dogme film, The Celebration. As farce, it harks back less fortunately to Jodie Foster's tiresomely overdrawn 1995 Home for the Holidays. Do we need to see another beautifully roasted, loudly symbolic turkey fall to the floor in slow motion? Shults is more comfortable and much more assured in the key of bleak. In a moment of appalling lucidity, after things have fallen spectacularly apart, Krisha tells her sister, "There's something wrong with me beyond the drinking."

There is, and not just with her. The big secret that comes between Krisha and Trey fans way back into family history, and it is told with intelligent compassion. If Shults has written his family's story from the point of view of the member who ostensibly has wrought the most damage, he tells it with a canny double vision that juggles the harm she's done with the trouble she's in. Krisha may be the in-house monster, but she's the kind of monster that's made, not born.