Accessibility links
Review: The Thermals, 'We Disappear' Fatalism and hope, realism and romance from the acidic, adrenalized Portland punk trio.

Review: The Thermals, 'We Disappear'

Review: The Thermals, 'We Disappear' 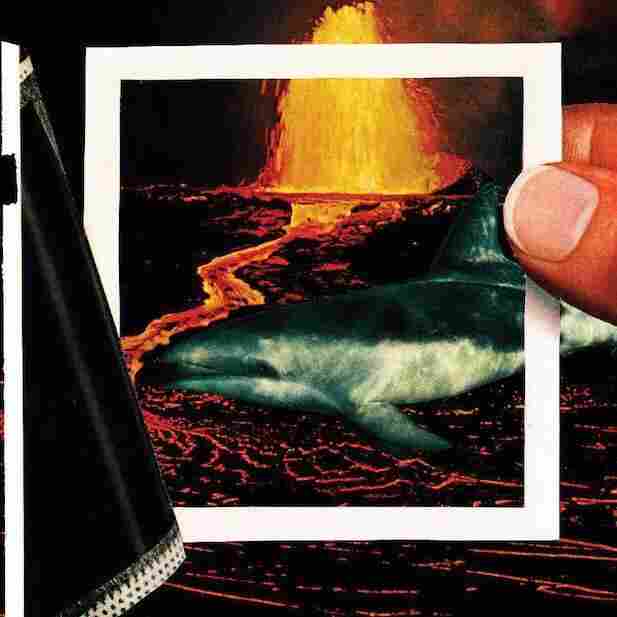 We Disappear — the seventh album by Portland punk trio The Thermals — takes its name from a line in "The Great Dying," the record's most harrowing song. "You said we came / We scrawled our name / We were here / We disappear," sings vocalist-guitarist Hutch Harris, his voice bruised and strident at the same time. It's a churning, eerie track, not the kind of driving, fist-in-the-air anthem The Thermals are known for on earlier classics like 2003's More Parts Per Million (2003) and The Body, The Blood, The Machine (2006). Instead, it lopes along before dissolving in a puddle of distorted dissonance.

"The Great Dying" isn't typical of We Disappear as a whole — at least not sonically. The remainder of the album is, for the most part, as acidic and adrenalized as the band's prior body of work. Yet that same sense of dread permeates new songs such as "My Heart Went Cold," a thumping, midtempo earworm with bubbling bass (courtesy of Kathy Foster) and sweet backing vocals (thanks to drummer Westin Glass). In the midst of upbeat energy, Harris buries dour lines like "The distance between us is fatal / It swallows the light." And on "Into The Code," our reliance on social media takes on a morbid tinge of would-be immortality: "Into the code / We stay alive / We live in hope we will survive."

Pitting infectious gems against darker, deeper subject matter isn't new for The Thermals, and it's a formula that couldn't be more relevant right now. Produced by Chris Walla, formerly of Death Cab For Cutie, the record sounds punchy and raw, with "The Walls" benefiting from a choppy, start-stop, power-pop riff that hurls Harris' lyrics against, well, the wall: "The walls I build for you / Are the walls we will share / They will tear, they will tear us in two." Any allusion toward a certain wall-happy GOP candidate may be entirely unintentional — not that Harris has ever shied away from the occasional political statement — but as with the best Thermals music, politics becomes part of a larger picture rife with double meanings. In "If We Don't Die Today," Harris sings, "If we don't die tonight / Tell me it will be all right."

That mixture of fatalism and hope, of heart-pumping romance and snub-nosed realism, is what makes We Disappear so gripping. That and the hooks. "Thinking Of You" could be a song you've heard a million times before, in the best possible way. Over a woah-oh-woah-oh refrain, backed again by Foster, Harris delivers another love song for the ages — a tribute to communication breakdowns and breakups rendered in effortlessly catchy chunks of pop-punk. Fourteen years in, The Thermals aren't necessarily optimistic about humanity's future, but We Disappear isn't going to let that get in the way of a perfect shout-along.