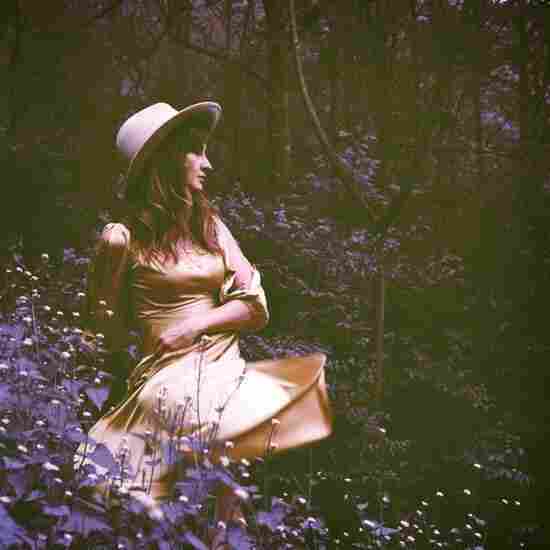 Judging from the way commentators have been carrying on about the male-led renaissance of defiantly old-school outlaw country (you can get the gist from this GQ piece declaring Chris Stapleton, Jason Isbell and Sturgill Simpson "Country Badasses Who are Shaking Up the Nashville Establishment"), it would appear that the scene is in sore need of heroines. But that doesn't mean there aren't good candidates around. Margo Price is the most promising one; for a little while now, she's been grinding it out beneath the radar, fashioning her vintage sensibilities and spirited persona into a winning combination, and this promises to be the year people take notice.

There was a time when Price put most of her energy into fronting a chooglin' roots rock outfit called Buffalo Clover, performing throwback country on the side with Margo Price and the Price Tags, a loose collective of Nashville talent. When the Price Tags' bookings picked up, thanks in no small part to her flair for projecting honky-tonk realness, Price was savvy enough to see the potential in working that musical angle.

The crafting of an artist's narrative and image — what autobiographical details and creative inclinations are accentuated; whether the music's framed as a cultural birthright or the fruit of sweat equity, inspiration or willful nonconformity — certainly plays a role in how her output's received, and by whom. Price draws a little bit from column A, but also columns B, C and D, a combination that backs up her bona fides as a country-singing underdog and indie darling in the making. To start with, there was a farm in her family, not to mention a great-uncle who penned an early hit for Reba McEntire. Upon moving to Nashville, Price and her bandmate/husband Jeremy Ivey scraped by for years, supplementing their bar gigs by waiting tables, teaching dance classes and installing siding. Here's the real kicker: They sold their car and hocked her wedding ring to foot the bill for recording at Memphis's mythic Sun Studios, only to emerge with an album they couldn't find a label for. Their last hope was Third Man Records; mercifully, Jack White's outfit snatched it up.

It's a compelling story, but the even more remarkable thing is how Price harnesses its emotional authority on her 10-song debut, Midwest Farmer's Daughter. In the six-minute epic "Hands of Time," she unfurls a tale of disheartening setbacks and demeaning indignities, both lived and imagined, starting with a sigh of resignation and clawing her way to stubborn resilience in a string-swathed climax. She's spun a whiskey-soaked night into a barroom testament to the temporary relief of heartache ("Hurtin' [On the Bottle]") and a brush with the law into a jailhouse lament of forfeited freedom ("Weekender"). "My old man, he ain't got the cash to even go my bail," she moans over a brisk country shuffle. In "This Town Gets Around," she's feisty and indignant, taking on such music business shadiness as the unwanted sexual advances of powerful men, scoffing, "Well, there's a saying goes, 'It's not who you know, but it's who you blow that'll put you in the show.'" You can feel her burning her fortitude as fuel with every world-weary line.

While Price and her crack band revive an array of hard-edged country sounds from the '60s and '70s, leaning on robust guitar twang, her postures and performances occasionally echo a superstar of that era: Loretta Lynn. Witness the likeness to Lynn in Price's delivery on "About To Find Out," as the younger singer's tart tone and lusty, on-the-beat directness dress down a deceitful blowhard with tough talk and needling wit. Price proves she can muster a no-nonsense vocal attack like some of her idols, but she also sings with fantastic elasticity and self-awareness. What she's putting out there is powerful and rings true.