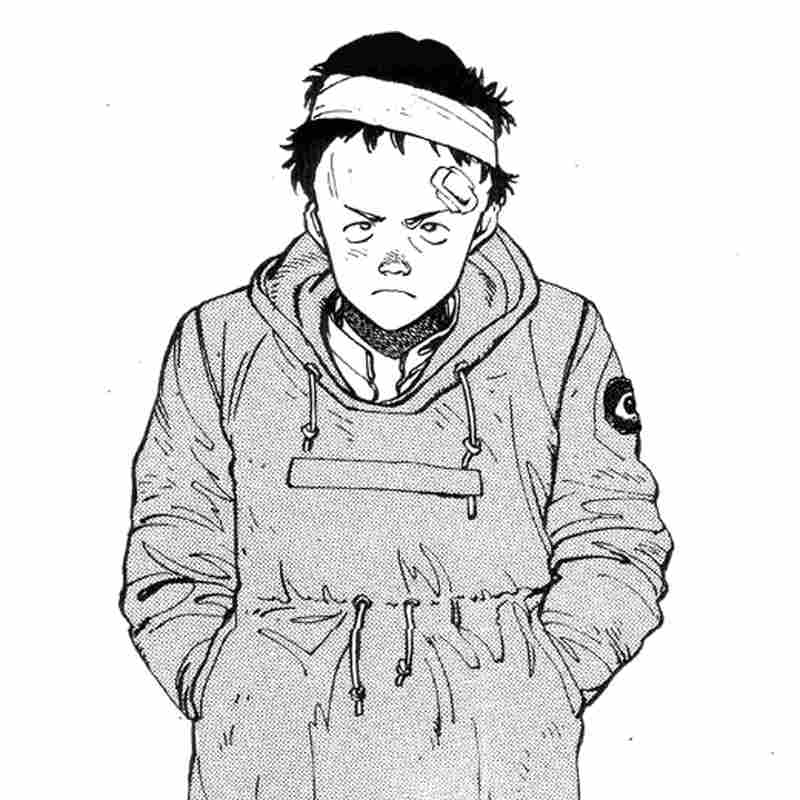 Earlier this year, Rick Rubin asked a range of electronic music producers to plunder the vast Star Wars archive of Foley effects and weave them into dance tracks for Star Wars Headspace. It's not the only franchise embracing its musical heritage, as there are numerous projects afoot that mine the nostalgia of both Generation X and millennials, from video game music label Materia Collective's exhaustive six-disc set of remixes of Nobuo Uematsu's scores for the Final Fantasy series to a deluxe vinyl reissue of the Pokémon soundtrack.

But even in a crowded field, Bwana's newest effort, Capsule's Pride, on LuckyMe, stands out. Toronto-based producer Nathan Micay plundered Akira, the genre-defining manga anime film from 1988 that's rightly considered one of the greatest animated science fiction films of all time. As Micay told told dance music website Resident Advisor last year, he playfully made a few edits based on dialogue from the Akira soundtrack, which had recently been reissued on vinyl. But as he went along, the project grew in ambition and scope, until he fed the entire film through Ableton software and minced all manner of dialogue, music and sound effects for this album's raw materials.

Just a few short years into his career, Bwana has already ranged wildly. His first single, "Baby Let Me Finish," chopped up a Ciara sample and sprinkled it atop a post-dubstep track, which got him signed to Mad Decent. A few years on, the fluttering "Flute Dreams" ended up as a favorite of Sasha & Digweed's progressive house sets. In lesser hands, Capsule's Pride might have been mere homage, but Micay's knack as a producer pushes the project into rarefied air.

Almost every track opens with a snippet of Akira dialogue, and as each song progresses, Bwana's touch becomes evident. "Failed Escape Where You Belong" loops a bit of pipa flute and a wheezy exhalation, but when Bwana brings in a children's choir and a heavier drum emerge, the track becomes more majestic. Those voices carry over to "K&K (Lovers In The Light)," set to a chiming loop and skittering trap beat.

The album moves from the stirring ambience of "Kiyoko's Vision" to the early '90s Warp Records style of "Tetsuo's Dance (Ascendance)." The album's highlight might be "Nightfall In Neo-Tokyo," which opens with a noir ambience as rain-slicked as the film's streets. Before long, Bwana brings in a pumping ostinato that brings to mind Four Tet's recent club-friendly two-step productions.

The speedy, sparkling techno of "Capsule's Pride (Bikes)" might be the track most likely to be played at Berghain. It's as exhilaratingly fast as the title's motorcycles. For all its velocity, Bwana still draws attention to the small details accruing behind the incessant kick drum: dialogue and a gamelan-like melody from the film, a wordless choir and a bamboo flute that sounds like a boiling kettle. It's a track that displays the young producer's knack for mise-en-scène.