Accessibility links
In California, Dealing With A Drought And Preparing For A Flood Why are some California reservoirs releasing water even though the state is going through an extreme drought? Turns out it's to prevent an even bigger disaster. But the strategy may change soon. 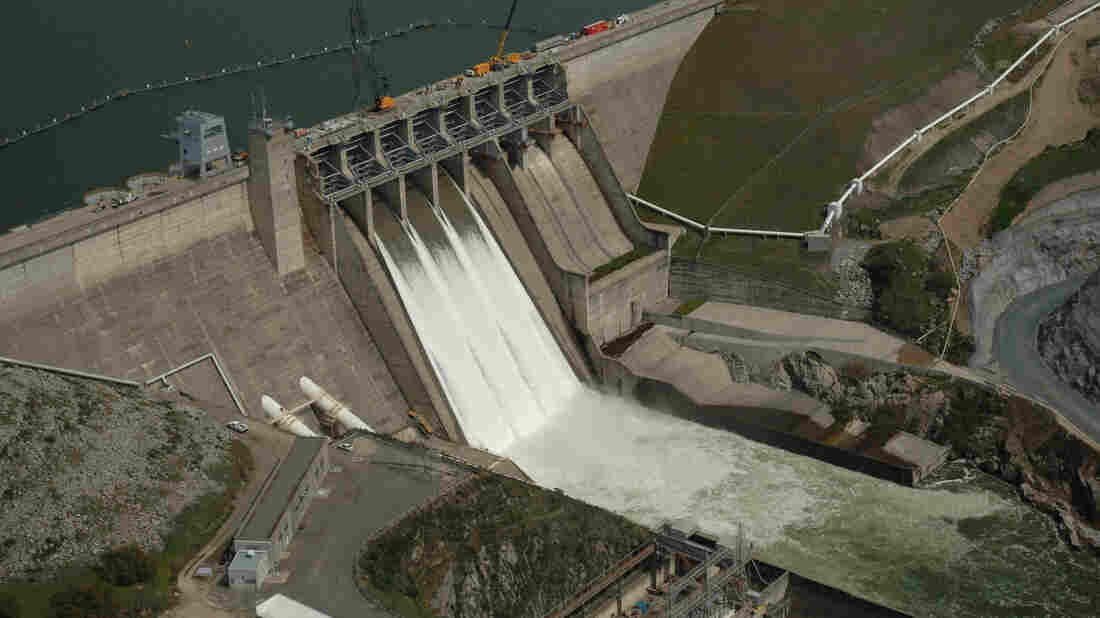 Despite the ongoing drought in California, the Folsom Lake reservoir is kept at only 60 percent capacity in the winter to prevent major flooding if a winter storm occurs. Some hope to prevent the waste of water by relying on more accurate weather predictions. U.S. Bureau of Reclamation hide caption 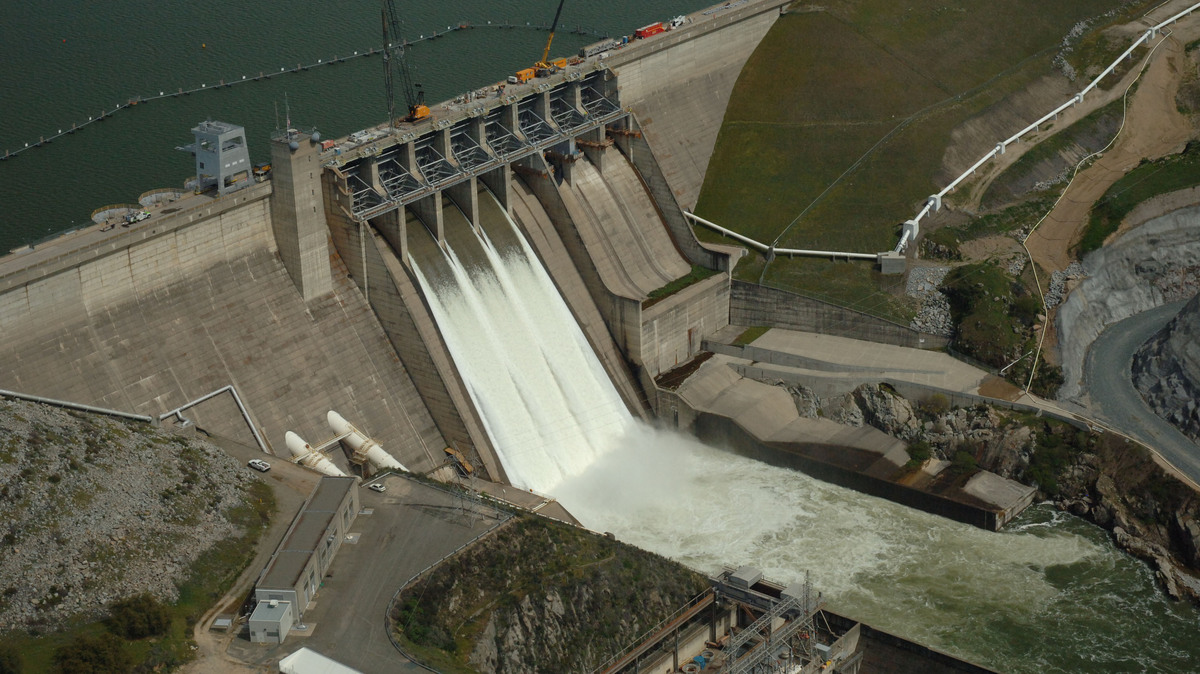 Despite the ongoing drought in California, the Folsom Lake reservoir is kept at only 60 percent capacity in the winter to prevent major flooding if a winter storm occurs. Some hope to prevent the waste of water by relying on more accurate weather predictions.

As Californians hope for rain and snow to end the state's extreme drought, a decades-old rule prohibits reservoirs from filling up in the winter, so some water ends up being released.

The rule may sound odd given how chronically dry California is, but it's actually to prevent a bigger disaster: flooding.

In the winter, reservoirs are not allowed to fill up. That's so they can capture excessive amounts of water that flow out of the mountains during storms. It was a solution engineered to prevent disasters like the massive flooding in 1986 when California was hit with a powerful winter storm.

The Folsom Lake reservoir near Sacramento is an example.

Drew Lessard manages the reservoir for the U.S. Bureau of Reclamation. It's filled up with so much water, he says, that authorities are releasing water to empty it out.

The reservoir is only at 60 percent capacity and it has to stay that way.

Lessard says this is how most reservoirs work in the West. But releasing water is risky if it doesn't rain again, which is what happened in 1997.

"(The reservoir was lowered) and it was dry the rest of the year and we never really rebounded," he says.

Releasing water isn't all bad — it helps fish and wildlife downstream. But in a drought year, it can make people anxious. Shauna Lorance, who manages a water district near Sacramento, says when reservoirs are releasing water it sends a mixed message.

"For me to explain to customers after everything they've done that they need to continue to conserve so it can be spilled is going to be a nightmare," she says.

In light of new challenges, Marty Ralph, who directs the Center for Western Weather and Water Extremes at the University of California, San Diego, is working on a new way to run reservoirs by relying on weather predictions that have become a lot more accurate.

"If you think about it, the rules, the laws that govern water in the West were created in the 19th century. And yet here we live in the 21st century," Ralph says. "Weather predictions have been improving over the last decades."

Instead of emptying out a reservoir preemptively in case of a storm, managers could keep the reservoir fuller with an eye on the weather.

"(If a storm happens) they'd have three, four, five days' lead time — enough to release that extra water, get it out of the way safely," Ralph says.

But if storms don't appear, that water would be saved.

Greg Kukas of the Army Corps of Engineers, the federal agency that sets flood rules for reservoirs, says the question is whether weather forecasts are accurate enough.

"We see potential. What we're not clear on yet is what the risks associated with that potential might be," Kukas says. "When it comes to forecasting the size of events that we're most concerned about, they ... are about 20 percent off."

Getting it wrong is not an option. If the dam overflows, it could flood hundreds of thousands of people downstream.

"Yeah, the consequences ... you don't even want to imagine them," Kukas says.

He says officials will decide whether to run Folsom reservoir using weather forecasts next year. If it works here, it could change the way water is managed across the West.