Accessibility links
Pop Culture Happy Hour: 'Hamilton' It's Broadway's current phenomenon, so we went to see it and report back on what it is, how it works, and whether we loved it as much as we wanted to. It's our Hamilton show. 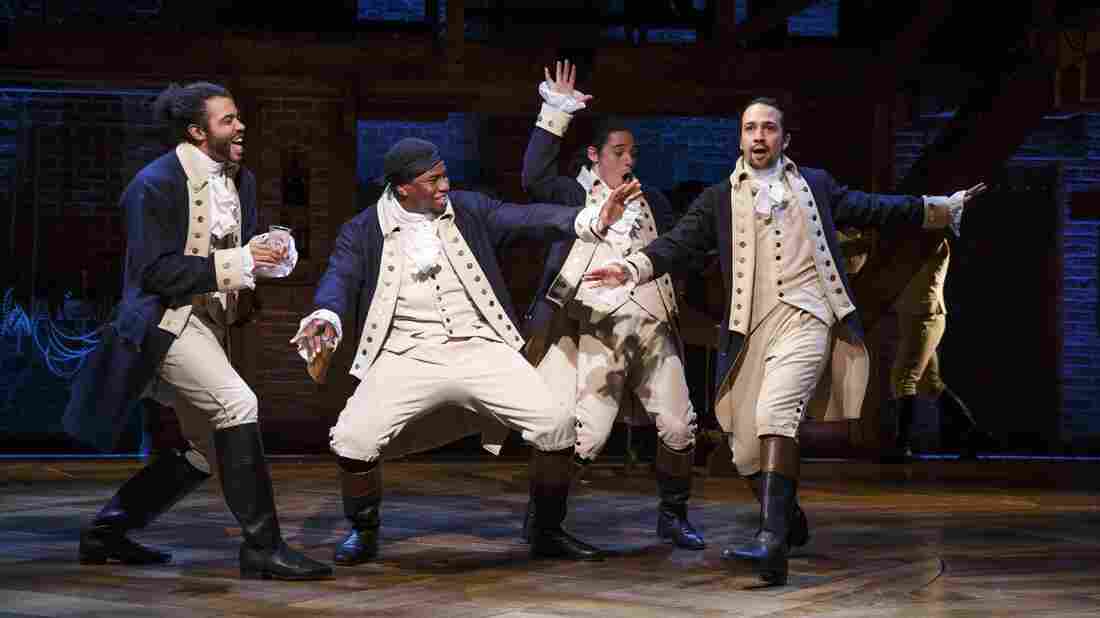 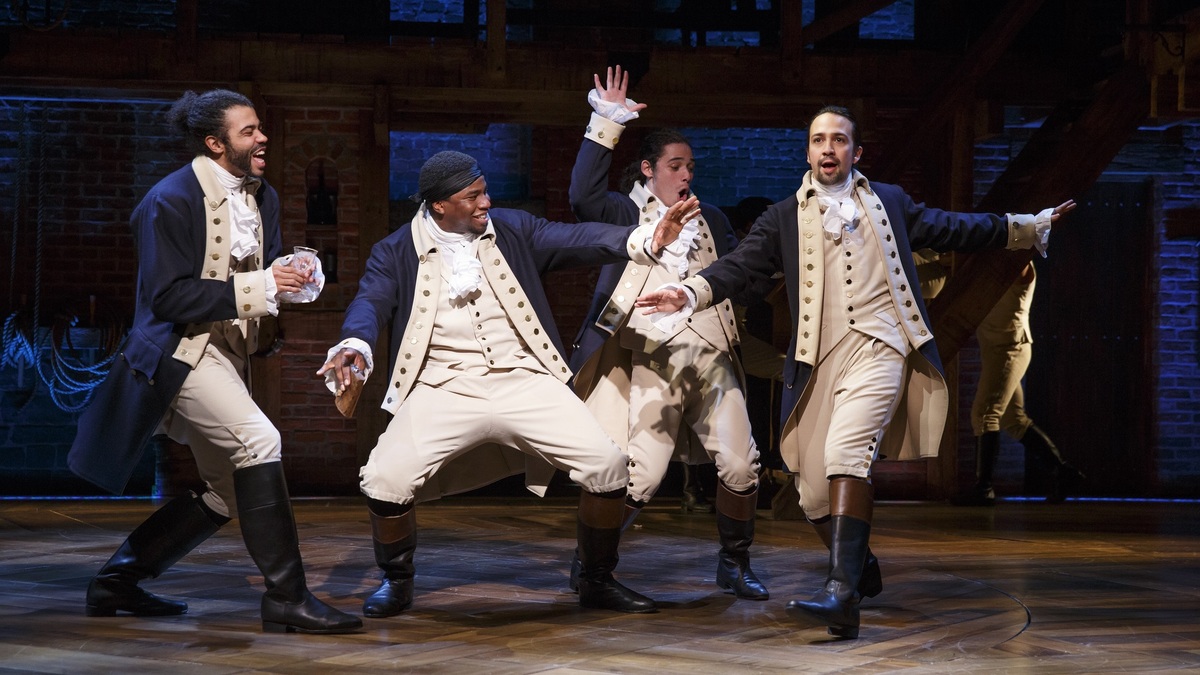 Sometimes, it takes a while to bring a show into being, but we feel like this one was worth the wait. This is the week we get real super nerdy about music, theater, enthusiasm, hashtags, dancing, just ... lots of everything.

Last fall, when our treasured regular panelist Gene Demby started listening to the Hamilton cast album after it showed up over at NPR Music as a First Listen, he started saying things like this.

@PhenomenaLi__ yeah. at the risk of being too effusive, i sort of get why musical people like musicals if this is a feeling they get often.

The first segment is about the show itself: we talk about influences both inside and outside the world of Broadway, we play some Sondheim and some Cole Porter, we talk about jazz hands and Bugs Bunny, and we break the news to you that yes, this particularly heavily hyped thing is just as good as the hype suggests it is. Here's the list of references I talk about one point (there are many, many other similar pieces around), and here's the episode of Another Round that Gene references.

The second segment is about the show as a phenomenon and what it's doing to all of us. We talk about the tremendous social-media meme-ing of it, and how we feel about the overload that many of us have felt and are feeling, and Gene takes a moment to ponder what might have happened if he'd obeyed a different instinct than the one he did.

A couple of things you should know: I'm so sorry we didn't have at the tip of our tongues the name of Alysha Deslorieux, the fantastic performer we saw as Angelica. We were falling all over ourselves to talk about how great she was and didn't pause to Google her. I apologize; she was tremendous. That's what we meant to get across. See also: Javier Munoz, whom we referred to (he generally does Alexander Hamilton one performance a week) but didn't name. (And best thoughts, sir.)

And also: even more than usual, we owe this show to our fabulous producer, Jessica Reedy, who is responsible for most of the interplay between the conversation and the music posts, and who also was the one who wrangled the tickets. So this is very much Jessica's baby, even though you won't hear her voice.

And also also: Thanks to Stephen for hosting. I promise, I don't sound so creaky anymore. Maybe 5 percent creaky. But almost not creaky at all!

I want to say a couple things about Hamilton. The tickets are both largely unavailable and very expensive even if you can get them, which (and Miranda talks about this on Another Round, too) is a really hard thing to change about live theater. They're small shows, really, and they only happen so often, and if demand gets high enough ... well. It's a tough thing to entirely undo. Because I knew we were going, I didn't listen to the cast album before we went, but honestly, most people aren't going to see this cast in this show in this theater before they break up and new casts and tours and other things happen.

It's really important to recognize, I think, that this is not a series of concerts, where the live performances — these specific ones — are the only thing. Hamilton is a feat of authorship, just like Company or The Pirates Of Penzance or South Pacific or Rent or Anything Goes or whatever, and it's going to exist in a zillion forms. It's going to be performed and revived and re-revived and done in schools and done locally, and it's going to be done well and done badly, and individual songs will be covered on people's albums, and there will probably be a movie someday, which lots of people will hate. There will be disputes over who can play Hamilton, who can play Burr, who can play Angelica.

There will be intense conversations related to particular productions about rap experience and theater experience, many of which will carry problematic and gross undertones and teach people things and make them fight, and this show is going to keep vexing and challenging a certain subsection of theater people in this wonderful way. There will be boys (and girls too, but I'm going to guess especially boys) who have never done theater or even thought about doing theater who suddenly want to do it because of this, and one of them will write a show in 20 years that will draw its own crowds. God willing, Old Man Miranda is going to get his Kennedy Center Honors and his EGOT (that's actually probably going to be, like, soonish) and his next show will put him and everybody else in the position of realizing it cannot be this again because nothing by anybody can be, quite, this again.

It's not just this thing, like a production you go stare at and go home or else press your nose up against the glass wishing you could get into. It's a really important piece of writing, and it's going to be around a lot longer than these crazy lines and lotteries and YouTube videos and memes and hashtags. It's a piece of theater by an enormously important American composer, and it's out in the world, and I promise, if you're open to it, it will get to you as a composition, whether or not it gets to you as a hot-ticket Broadway show.

We close, as always, with what's making us happy this week. I'm happy about a clip from late-night that you might enjoy if this week's theater theme was up your alley. Glen is happy about a couple of events he's got celebrating the release of his new book The Caped Crusade: Batman And The Rise Of Nerd Culture yaaaaaaay which you can find out more about by following him on Twitter. (March 22 in Brooklyn with Alexander Chee! March 29 with me in D.C.!) He's also happy about the meetup we recently had where he got oodles of podcast recommendations, including one he wants to share with you. Gene is happy about the return of a favorite show and an oral history that hit home(town) for him. Stephen, who is as I write this finding Austin exhausting, is happy about a winner. As he should be.