Just after President Obama and I concluded our interview — and after the microphones and cameras clicked off — he added a thought.

Senate Republicans' vow not to consider the nomination of Judge Merrick Garland to the U.S. Supreme Court, he said, could have profound consequences for the high court and the justices themselves.

"The thing that could be lost," said Obama, is the "collegiality" of the court, the ability to work together. When the confirmation gets so out of whack that it is "just impossible," he said, that could bleed over and eventually erode "the ability to disagree without being disagreeable" that is the hallmark of an independent judiciary.

In a wide-ranging interview about the nomination, the president said that positive reviews about Garland from Republican senators were a significant factor in his decision to nominate the appeals court judge for a seat on the Supreme Court.

He called Garland "one of the best judges, not just in the country, but of his generation."

And yet Garland was the runner-up twice before, when Obama filled two previous openings on the Supreme Court. So why was the 63-year-old judge chosen this time?

"It is my belief that now more than ever his voice would serve the court well, would help to burnish the sense that the Supreme Court is above politics and not just an extension of politics," said Obama, adding that Garland has the kind of calm voice that would end up "increasing the American people's confidence in our justice system."

A few minutes later, the president was even more pointed about wanting a judge who could get confirmed.

"My goal was to actually confirm a justice who I thought could do an outstanding job," he said. "And Merrick Garland fits that bill."

Conservative groups are already attacking Garland, sometimes citing reasons, sometimes opposing the nomination simply because it was made by Obama. So I asked the president about Republican Sen. John Cornyn's pledge to make any nominee "a piñata."

The president said he and Garland had a "candid" conversation about being in the eye of a confirmation hurricane, and what that means especially for the nominee's family.

"For those of us who are more often in the scrum of politics," said Obama, "we call folks like Judge Garland 'civilians.' And so suddenly being placed in a war zone like this is something that you want to make sure they're mindful of."

I asked the president about reports that Republicans had sent a back-channel message to the White House indicating that they would confirm Garland in a lame-duck session after the election if a Democrat wins the presidency.

He dodged the question, saying that he had not had any such conversations with Republicans.

Then he pivoted to say that it was Garland's record as a "consensus builder" that would serve the nation well on a Supreme Court so sharply divided on many issues.

"I think that's a valuable quality that has been reinforced by the statements that were made by Republicans," he said.

Obama said he had offered the nomination to Garland over the weekend, prompting me to observe that the nominee did a pretty good acting job at a small charity dinner Sunday night where he maintained that he didn't think he would get the nod.

Every time there is a Supreme Court vacancy, reporters write about the interviews that presidents conduct with the finalists. So I asked Obama what he asks in these interviews, since it would clearly be inappropriate to ask about a potential nominee's views on a specific controversy or case.

Obama said that he sometimes asks "about family and background and what made you want to be a judge. You learn a lot just by talking to people about what their story is.

"When you hear about the care with which [Garland] dealt with the victims and the families who had been affected by the Oklahoma City bombing, you get a sense of who that person is."

The president said he reads the candidates' legal opinions, and as a former professor of constitutional law himself, he gets a pretty good idea of "how they approach a case." And he likes to ask potential nominees how they approach a legal question when the text of the Constitution is ambiguous. It gives him "some sense of the their judicial philosophy."

In our interview, the president made clear he wants a hearing and a vote on the Garland nomination now, not after the election. He said he intends to take his argument to the American people, on the road and elsewhere in the coming weeks, and he maintained that Republicans have now taken Senate prerogatives to the constitutional breaking point. 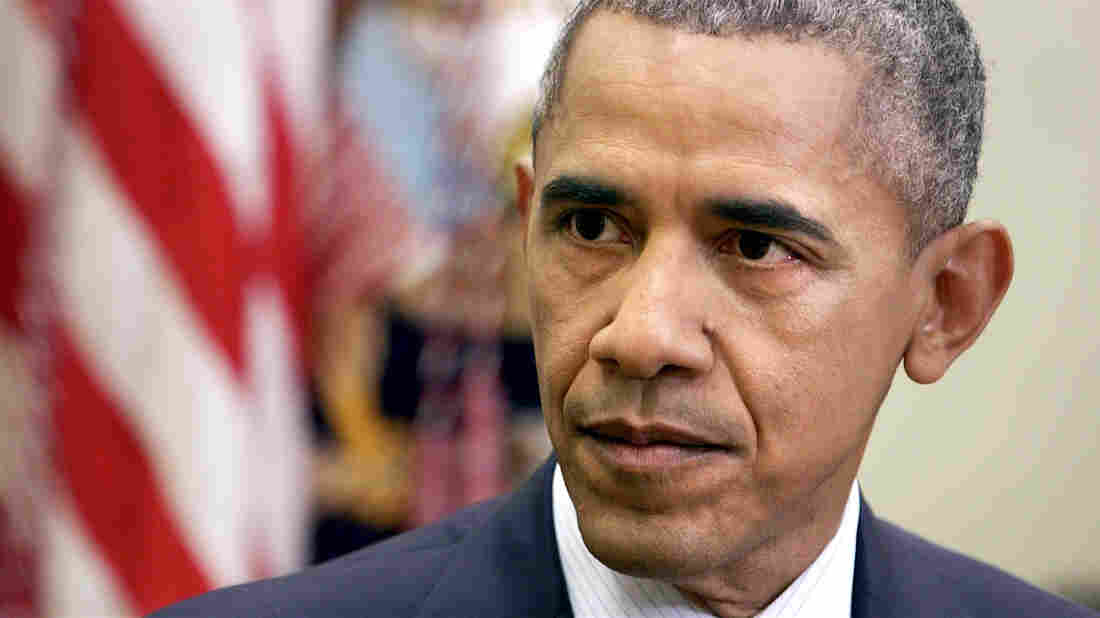 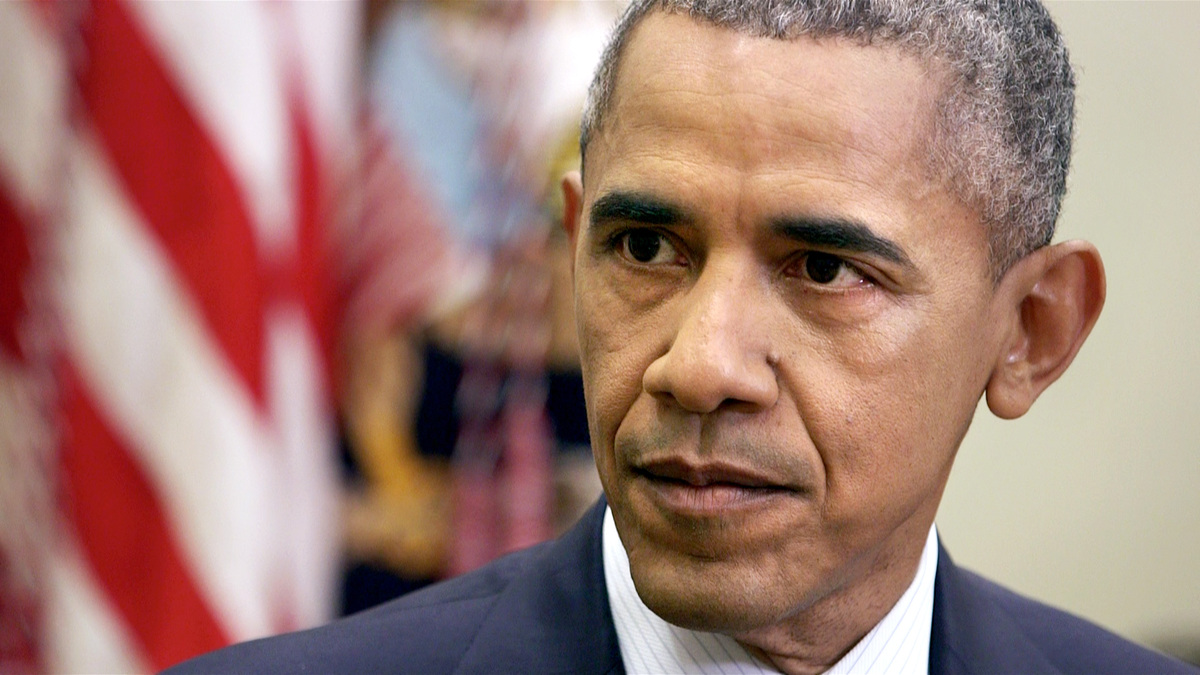 Yes, he acknowledged, there are always some politics involved in the nomination process. He acknowledged too his own role in seeking to prolong the debate on the nomination of Justice Samuel Alito in 2006. But, he observed, Alito was not denied a hearing or a vote, a situation dramatically different from now.

The Consequences Of Refusal

If Republicans refuse any consideration of this nomination, he said, not only would the Supreme Court seat remain vacant for more than a year, but there would be a new precedent for senators to stymie the confirmation process as never before. And presidents of either party would only be able to fill court vacancies when their party controlled the Senate.

"At that point the judiciary becomes a pure extension of politics. And that damages people's faith in the judiciary," Obama said.

He noted that a Democratic-controlled Senate confirmed Justice Anthony Kennedy's nomination in the last year of Ronald Reagan's presidency, and he suggested that current Senate Republicans are defying the intent of the Founding Fathers.

"George Washington nominated a couple of Supreme Court justices in his last year," Obama observed, noting puckishly that President Washington "had better poll numbers, I'm sure, than I did."

"What's particularly ironic," added Obama, is the number of Republicans who profess "respect for the founders' intentions" who are claiming that they would now "read into the Supreme Court nomination process" that a seat should remain vacant for "an entire year ... because there's an election going on."

Obama professed to be puzzled by Senate Republican leader Mitch McConnell's assertion that the Senate should let the American people decide, as part of the election, who gets to fill this Supreme Court seat.

"In fact, the American people did decide, back in 2012 when they elected me president of the United States," he said.

I asked the president if he could really blame Republicans for trying to prevent a significant ideological shift on the court, in hopes that they'll win the presidency nine months from now.

"This is just raw politics," Obama said, then expressed what he presumes is the basis for Republican opposition: "We don't want somebody who's been nominated by a Democrat."

While Obama said he understands that Republicans are "worried and scared" about an uprising among their base voters, there are times, he said, to stand up and be counted for the good of the country.

And what of the president's own base of voters? Many progressives note that 4 out of 5 of the judges on Obama's Supreme Court shortlist were minorities or women, or both. Yet he picked the only white male, a centrist liberal, not someone who would, in the view of some progressives, "shake up" the debate on the Supreme Court.

Obama noted that he has appointed far more women, minorities and openly gay judges to the lower courts than any other president.

"My record of appointing a judiciary that reflects the country is unmatched," he said. "When it comes to the Supreme Court, I've appointed two women, one Hispanic, and in each case the good news is, is that I appointed the person who I absolutely thought was the best person for the job. In this case, Merrick Garland is the best person for the job."