Accessibility links
Donald Trump Picks Up Anti-Immigration Endorsement Before Arizona Primary Sheriff Arpaio, known for his hard-line stance on immigration, is Donald Trump's latest controversial supporter. Arpaio is confident Trump will follow through with promises such as the border wall. 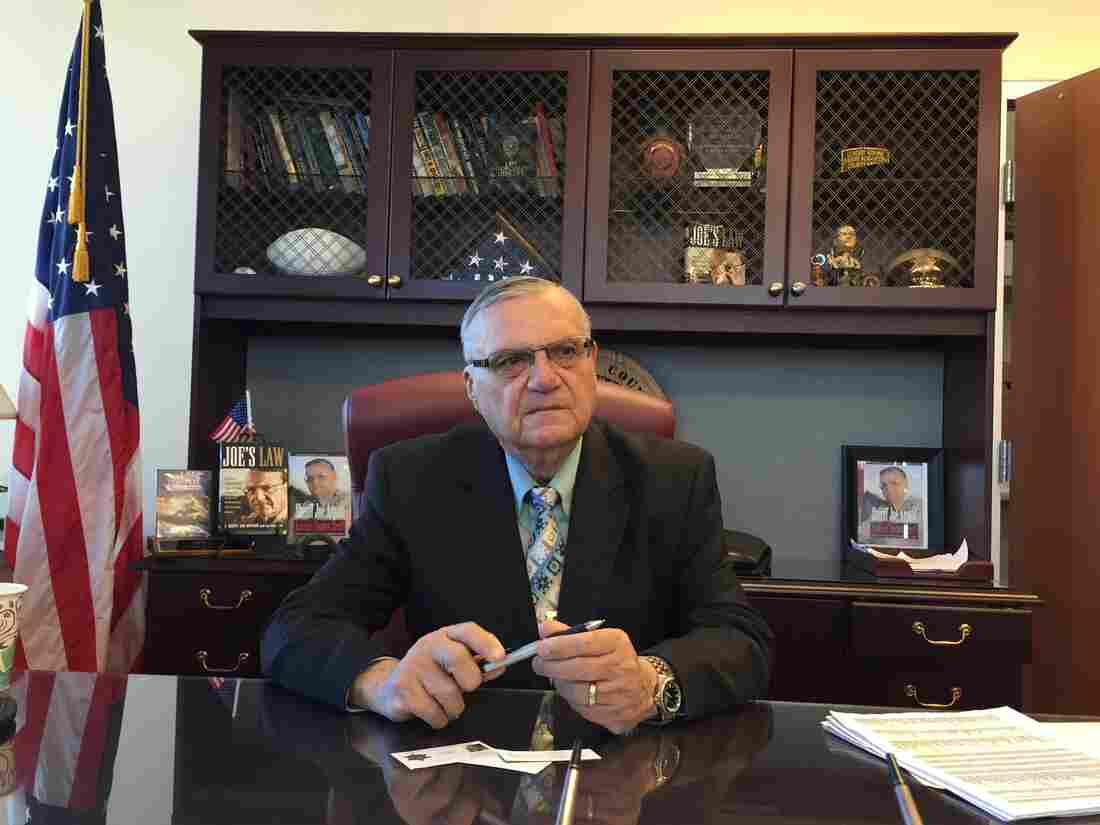 The famous hard-line anti-immigration sheriff Joe Arpaio of Maricopa County, Ariz., has endorsed Donald Trump for president ahead of the primary there. Kirk Siegler/NPR hide caption 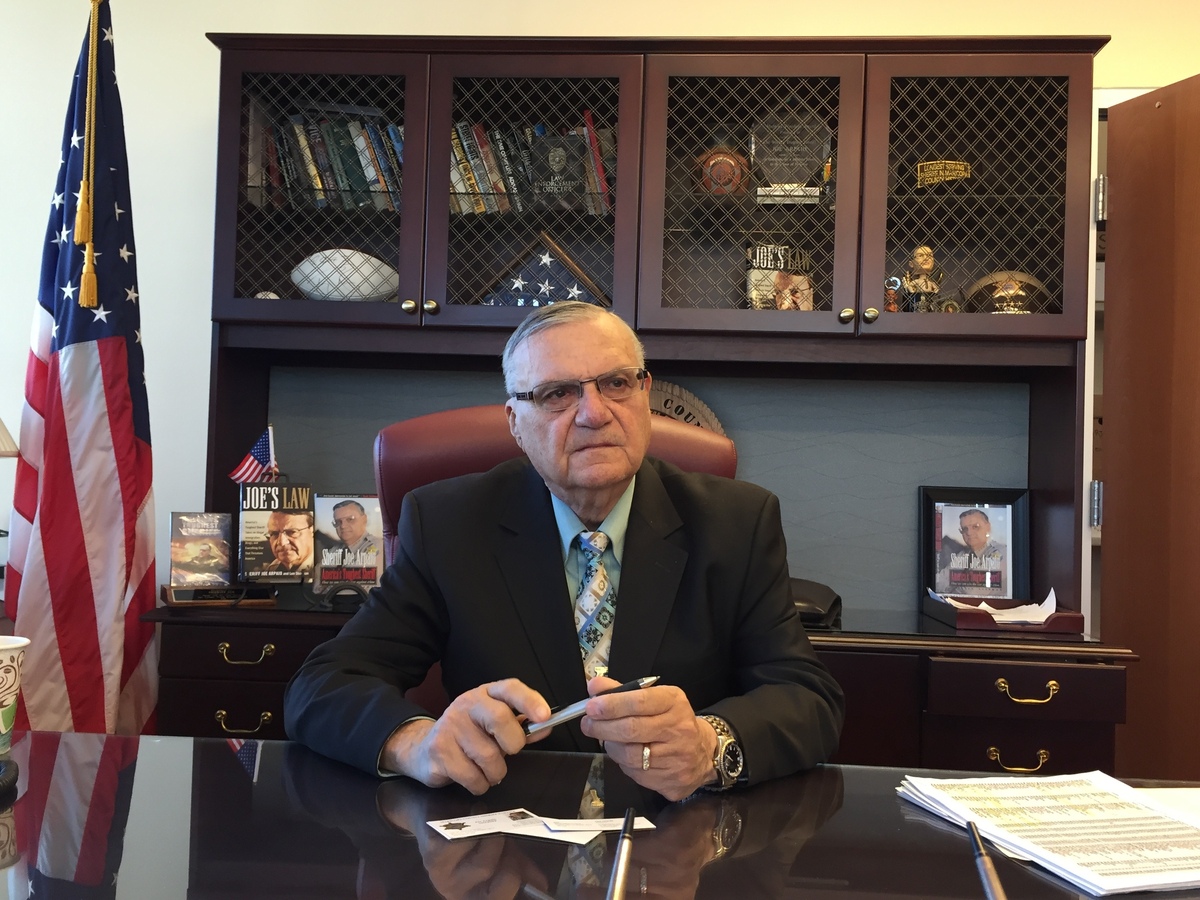 The famous hard-line anti-immigration sheriff Joe Arpaio of Maricopa County, Ariz., has endorsed Donald Trump for president ahead of the primary there.

Arizona, a flashpoint in the immigration debate, holds its presidential primary Tuesday. And Donald Trump, who will hold a rally there Saturday, has a big endorsement from the state: the famous anti-illegal immigration hard-liner Sheriff Joe Arpaio.

You could make the case that the intense anger over illegal immigration that Trump is trying to tap got its start in Arizona. Pay a visit to the shiny, modern fifth floor of the Maricopa County Sheriff's Office and you'll see why.

Sheriff Arpaio's office walls are adorned with old press clips from anti-immigration rallies and plaques from his time as a DEA agent in Mexico. A TV monitor even shows who is Tweeting at him.

The popular and polarizing 83-year-old Arpaio, who jokes frequently, presides over an office that was found, by federal judge, to be racially profiling Latinos. He has never been one to shy away from controversy or the cameras. And he sees a little of himself in Trump.

"I just had a gut feeling that he was different, and, ah, my type of guy. We kind of do the parallel, if you look at him and me," Arpaio says.

Arpaio and Trump share an affinity for tough talk on immigration. And if Trump is nominated and elected president, Arpaio says, Trump, too, will turn that talk into action. Arpaio says that's what sets the billionaire apart from Republicans before him.

"When you have somebody that makes promises to millions of people to do something, I think the personality alone will make you do it," he says.

The main thing so far on immigration for Trump is a promise to build a wall along the border, and to have Mexico pay for it. Arpaio dismisses critics who say that's not plausible or feasible.

"I think Mexico will pay for it. If not, I've been going public: Take away their foreign aid, then they'll pay for it," Arpaio says.

Even though Arpaio's views on illegal immigration are often seen as outside the mainstream in Arizona, his endorsements are still sought by most Republicans running for office. Though, apart from the backing of the state treasurer and former Gov. Jan Brewer, Trump has gotten little public support so far from this state's establishment Republicans.

Voeller says Trump's incendiary rhetoric — especially when it comes to a "wall" — won't play well in the general election here if he becomes the party's nominee. In fact, he thinks it could backfire and put a lot of Republicans in trouble, including Sen. John McCain.

"If you're a politician who's up this cycle in 2016, like Sen. McCain is, you just don't know really what to expect," Voeller says.

That might explain why some of the state's most prominent conservative donors, including the owners of the Arizona Diamondbacks, are fundraising against Trump. The last time Trump came to town, Phoenix Mayor Greg Stanton scorned his "hateful message of division and intolerance."

And on Thursday, Latino activists led by Tomas Robles marched to the front doors of Gov. Doug Ducey's office demanding that the Republican publicly denounce Trump.

An aide for the governor, who has not officially endorsed Trump, promised to deliver the message. Many Latinos here will tell you they're nervous about Trump returning and appearing alongside Sheriff Arpaio, who led Arizona's immigration crackdown over the past several years. Saturday's rally will be held in Fountain Hills, where Arpaio lives.