Accessibility links
The Musical That Ushered In The Jazz Age Gets Its Own Musical Shuffle Along, Or, The Making of the Musical Sensation of 1921 and All That Followed tells the story of an overlooked smash hit created and performed by African-Americans. 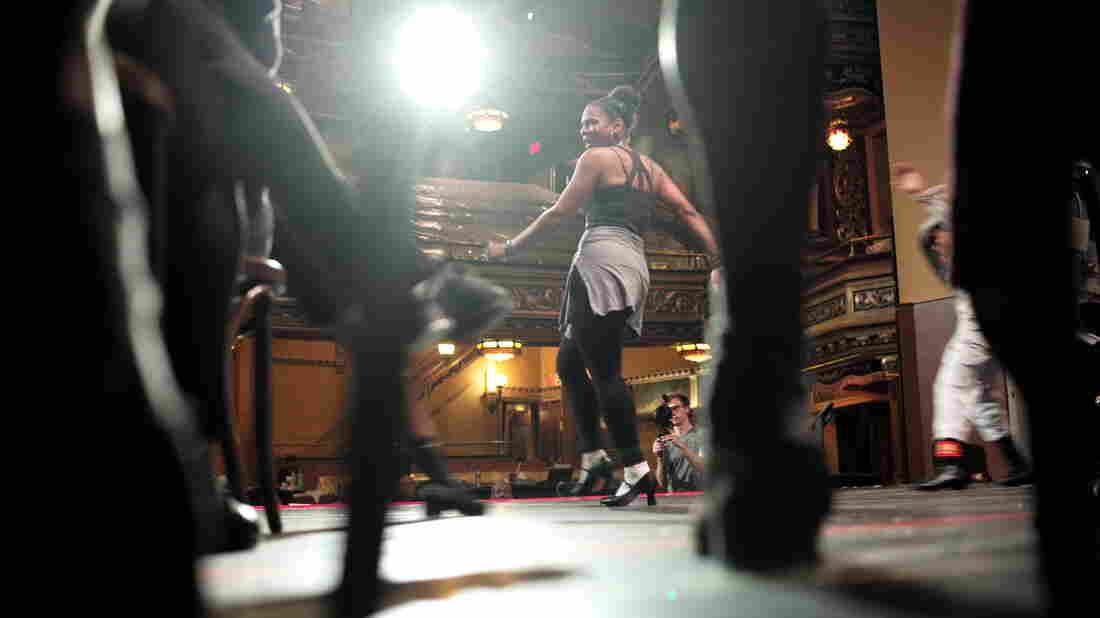 Audra McDonald in rehearsal for the upcoming musical Shuffle Along, Or, The Making of the Musical Sensation of 1921 and All That Followed. Devin Alberda/Rinaldi PR hide caption 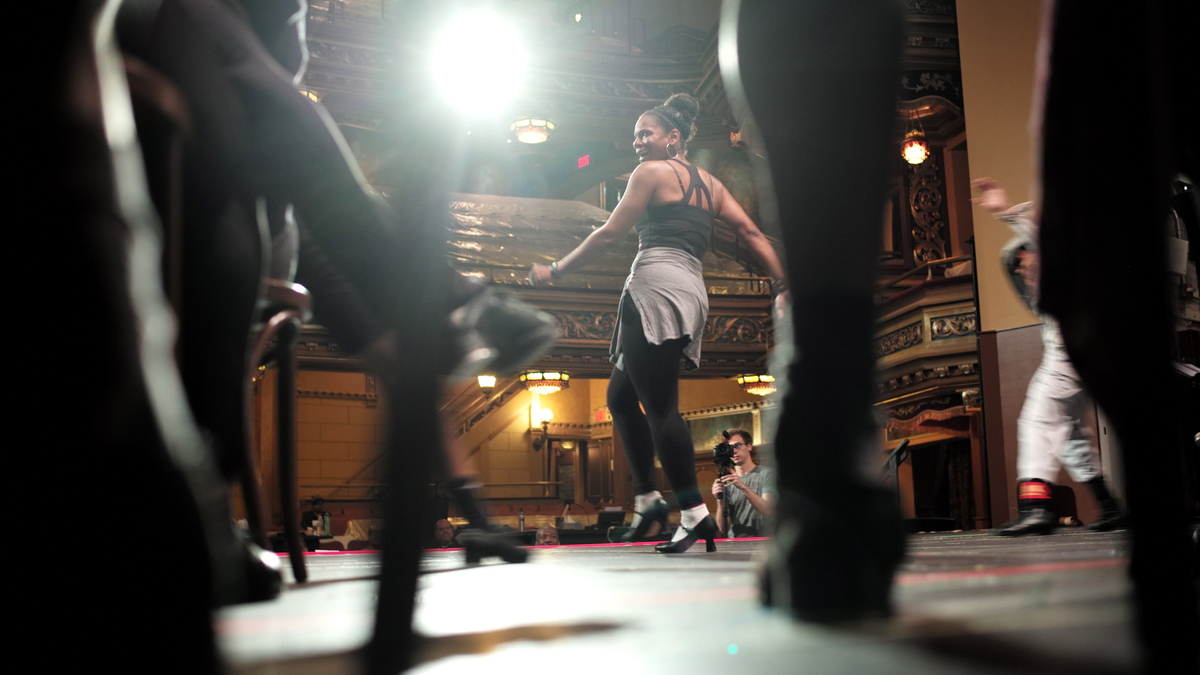 Audra McDonald in rehearsal for the upcoming musical Shuffle Along, Or, The Making of the Musical Sensation of 1921 and All That Followed.

At a 42nd Street rehearsal studio, 14 dancers are working on a big production number, guided by dreadlocked choreographer Savion Glover. He and the stars of the show — including Audra McDonald, Brian Stokes Mitchell and Billy Porter — are part of a team that built a new musical around an older musical. Or, more precisely, what was in 1921 essentially a revue: just a string of songs.

That show was called Shuffle Along. The new musical is Shuffle Along, Or, The Making of the Musical Sensation of 1921 and All That Followed. It tells the story of an unlikely smash hit that brought black culture and a different kind of music to the Great White Way. The original Shuffle Along — created and performed by African-Americans — helped to usher in the Jazz Age. It launched careers for black entertainers and opened the door for black musicals to come, but in theater history it's been largely overlooked.

Composer Eubie Blake, along with Noble Sissle, wrote the music and lyrics for Shuffle Along. Blake was serious about his music, like his colleague Scott Joplin. They called it ragtime.

In 1979, I visited the then 92-year-old Blake at his home in the Bedford-Stuyvesant neighborhood of Brooklyn. He said that when this music made its way to the New York stage, it was a given a racier name — one that Blake says was derogatory. He wouldn't even say the word, only spell it.

"When Broadway picked it up, they called it 'J-A-Z-Z,'" he says. "It wasn't called that. It was spelled 'J-A-S-S.' That was dirty, and if you knew what it was, you wouldn't say it in front of ladies."

Blake's perspective was 77 years in the making, as a black entertainer in a white entertainment world. He was born in Maryland in 1887, the son of former slaves. He started his career in show business when he was 15.

"1902: People look at me when I say that. They don't believe me, but it's true," Blake said. "I went with a medicine show. Some people might not call it show business, but you got an audience — they call them 'rubes.' And then we entertain them, and they sell the medicine." 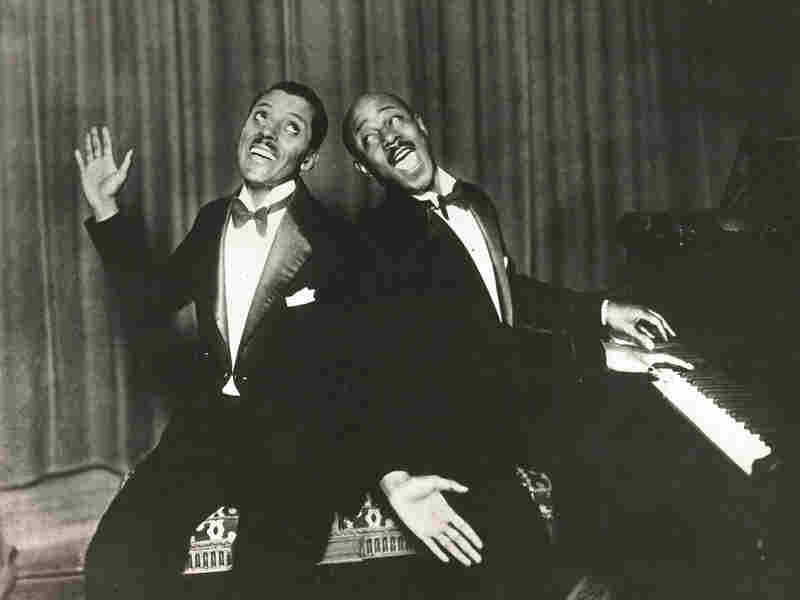 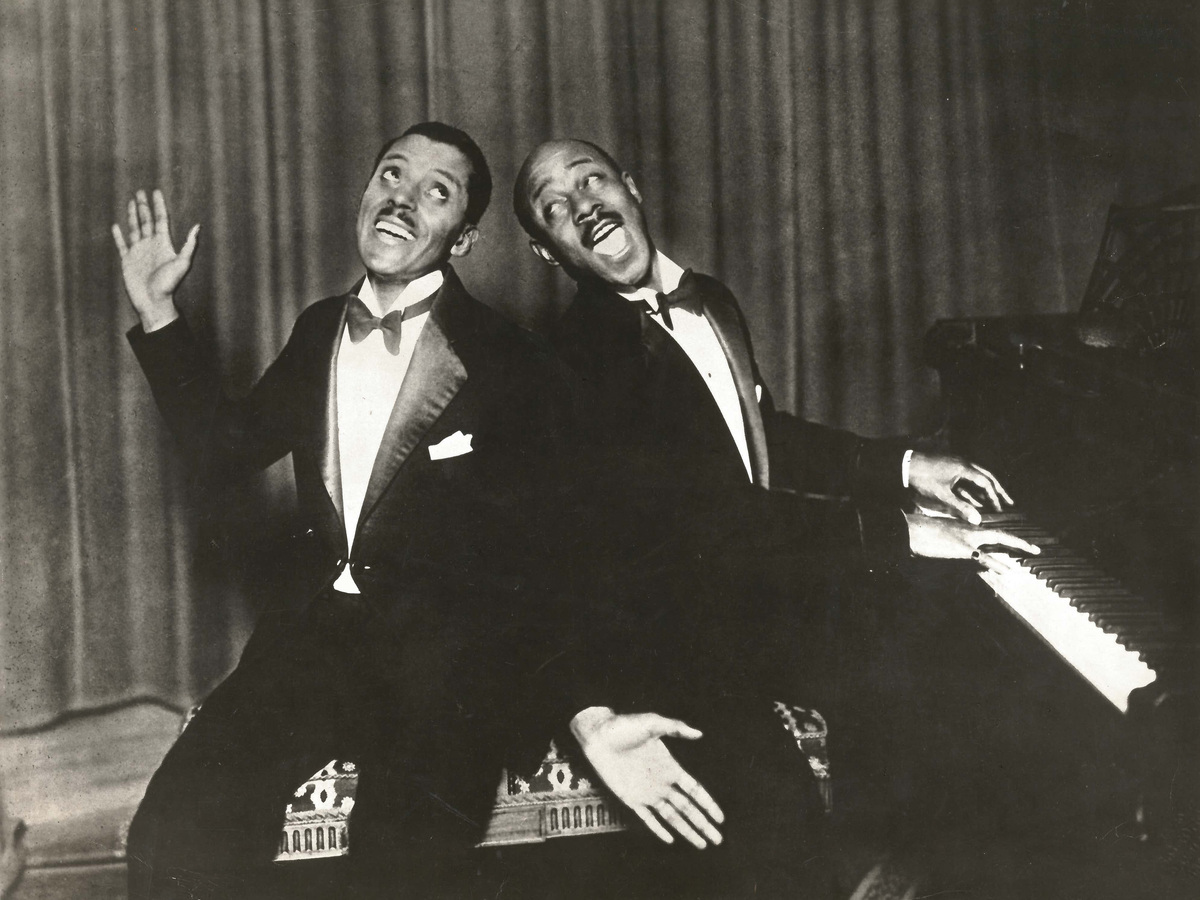 The composers of the original Shuffle Along, Noble Sissle (left) and Eubie Blake.

Blake took his talents to vaudeville, where he teamed with Noble Sissle, who wrote and sang the lyrics to Blake's songs. In 1921, they set out to write a musical with another vaudeville duo, Flournoy Miller and Aubrey Lyles. Miller & Lyles were a black comedy team who met at Fisk University. But onstage, they played down for white audiences.

Miller and Lyles adapted some of their vaudeville skits for scenes in Shuffle Along, and then performed them onstage in blackface because — as John Kenrick, author of Musical Theater: A History, explains — that's what was expected.

"Audiences have expectations," Kenrick says. "And you have to meet them. Unfortunately there had been no sophisticated black entertainment on Broadway up to that time."

The creators of Shuffle Along were also its producers. They went into debt to the tune of $18,000 (a lot of money in 1921) to get the show ready for Broadway. But John Kenrick says theater owners wouldn't give them a space at the heart of Broadway in Times Square.

"There was no room for blacks at the table," Kenrick says. "Shuffle Along, when it did come into town, had to go to 63rd Street to find a home. There was no room in the Times Square area for it. Theater owners looked and said, 'We're not even going to give you a break on the rent for this. Forget about it. There's no audience for a black revue.'"

But when Shuffle Along opened on May 23, 1921, it became the sensation of the Broadway season. It ran for 504 performances to packed, mixed audiences.

"It was a huge critical success," Kenrick says. "There were so many people crowding that block of an evening that the police had to permanently switch 63rd Street from a two-way street to a one-way street, just to control the street traffic."

Broadway audiences and producers had never seen this kind of talent before. Florence Ziegfeld hired chorus girls from Shuffle Along to teach their steps to his white Follies dancers. One teenager in the chorus, Josephine Baker, became an international cabaret star. A singer in the cast, Paul Robeson, became a theater legend.

Harry Truman even adopted the show's big hit, "I'm Just Wild About Harry," for his 1948 presidential campaign. Shuffle Along was a cultural milestone, says George C. Wolfe, who is directing the current production.

"Shuffle Along was as significant step in the evolution of the musical theater as Showboat was in its day, as Oklahoma was, as West Side Story," he says. "I think it should be discussed in those same contexts."

But Shuffle Along was a show of its moment. When it was revived on Broadway in 1933, it closed after 17 performances. Another revival in 1952 ran just four nights. The current production tells Shuffle Along's backstage story and what has happened since. Eubie Blake told me he spent a lifetime trying to figure out what audiences want.

"There was a man named George M. Cohan," Blake said. "You read about him. You never seen him. And he always said, 'You're either born a showman, or it takes years to become a showman.' Every audience is different, so it's a tough business — because you got to judge what people like and what they don't like."

Eubie Blake died in 1983. His story — and his music — will live in the heart of Broadway this spring.