Accessibility links
Review: Anthony Hamilton, 'What I'm Feelin" The R&B stalwart has long vibrated on a different wavelength than do his contemporaries; in a turbulent, bruising world, he's stayed rock-steady. 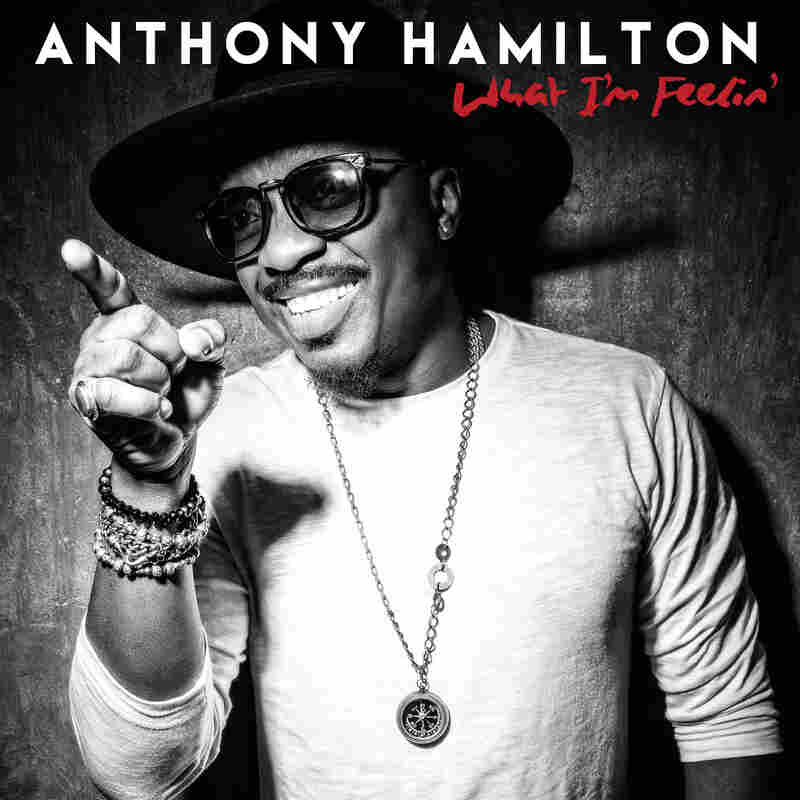 Since the moment he first blinked onto the music-buying public's radar as a featured singer on the Nappy Roots' all too real "Po' Folks," almost 15 years ago, Anthony Hamilton has vibrated on a different wavelength than his contemporaries. He emerged from the shadows of a couple major label deals right after the Soulquarians most productive period, and he had done a stint singing back up for D'Angelo on the Voodoo tour, but as he was getting his shot the radio was feeling real slick. There was a lot of Ashanti at that time, Justified on repeat, Sean Paul everywhere you went and we were about to hit peak 50 Cent, plus can't forget "Ignition (Remix)." By the middle of 2003, when Hamilton dropped his debut full length, Comin' From Where I'm From, which featured his breakout song, "Charlene," his gravelly, physical voice was respite and his vulnerability was redemptive.

The R&B landscape has changed considerably since then: Beyoncé went solo the same year, we grew out of the Crunk&B era, Rihanna debuted, the greatest entertainer of our lifetime departed the earth, Nippy followed soon after, and "alternative" R&B officially became a thing — actually, it became the thing. Through it all, Anthony Hamilton has stayed true and rock-steady.

His voice, often described using the stereotypical ingredients of down-home cooking, is undeniably and unabashedly thick with Southern rasp and charm, passion overflowing every note he sings. From the outside looking in, it might seem like he's been burdened with too soulful of a voice for popular music, too serious a talent for the Hot 100. But last year he flipped the script on all of us when he assembled his supporting cast of background singers, The HamilTones, to deliver impromptu takes on mainstream cuts, like 2 Chainz's infectious "Watch Out" and Drake's omnipresent "Hotline Bling." He and his crew dabbed, dabbled and had their fun, but on Hamilton's latest offering, What I'm Feelin, it's back to business.

For this new record, Hamilton reconnected with producer Mark Batson, who laid the foundation for Comin' From Where I'm From and 2005's Ain't Nobody Worryin'. On What I'm Feelin' — which he recorded and wrote mostly in the quieter, less distracting Nashville, rather than New York or Los Angeles — Hamilton seldom strays from the lexicon that he, his longtime engineer, Bruce Irvine, and Batson concocted and continue to refine. From the upbeat "Save Me," to the downtempo "Ain't No Shame," to the gently driving "Never Letting Go," the songs that are built within that framework all expand and reach out in varying emotional directions, but remain rooted in the unmistakable influence of the church (albeit run through groups like The Delfonics).

While Hamilton doesn't feel the need to fix what isn't broken, there are moments when he wanders, and it works: The album's lead single, "Amen," sounds comparatively current, without feeling as though Hamilton is squashing himself into the box of contemporary R&B. "I Want You," one of the standout tracks of the album, is unadulterated, stripped-down lust spread across an inorganic, but well-tended, soundscape. No matter the setting, the thing that never changes — and hasn't since day one — is Hamilton's admiration of women and deep appreciation for regular people love. He makes the every day sublime.

On What I'm Feelin', Anthony Hamilton sounds just as special as he did when I first heard him on BET all those years ago, when I watched the adoring glow in my mom's eyes as she heard him cry out for Charlene. I listen to him alone in my television-less room now, but the organs still sing, the blues guitar still twangs and he keeps on keeping on. And there's not a damn thing wrong with that.