Accessibility links
Whither Bridget Jones? Britain's 'Independent' Newspaper Goes Digital Helen Fielding's memorable comic creation started as a series of columns in the Independent some 20 years ago; as the paper goes digital-only, Fielding says the next Bridget could come from a blog. 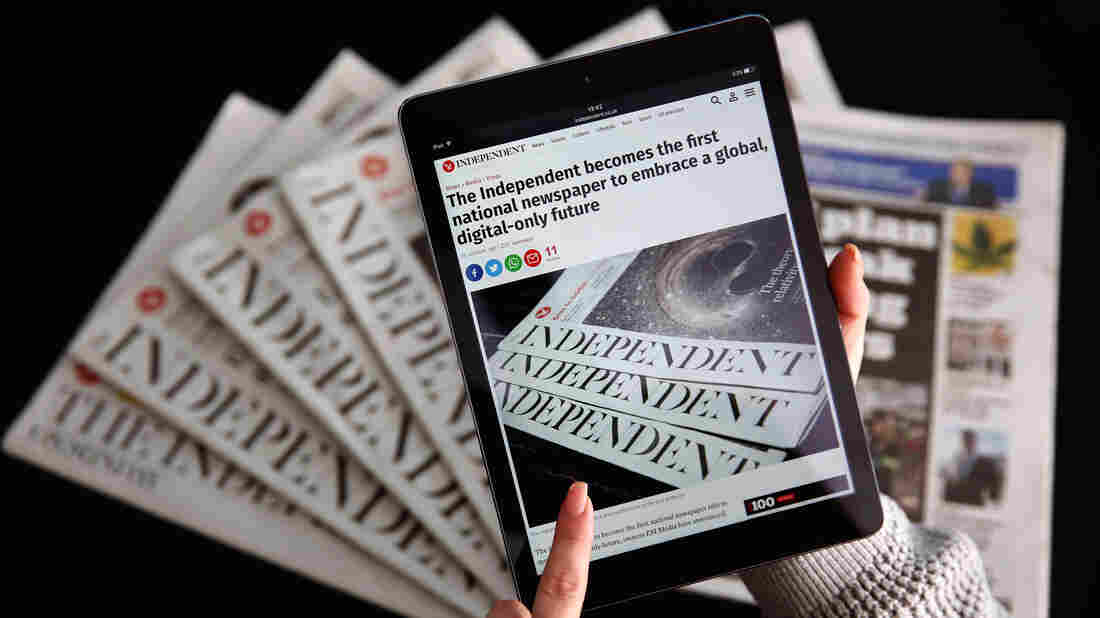 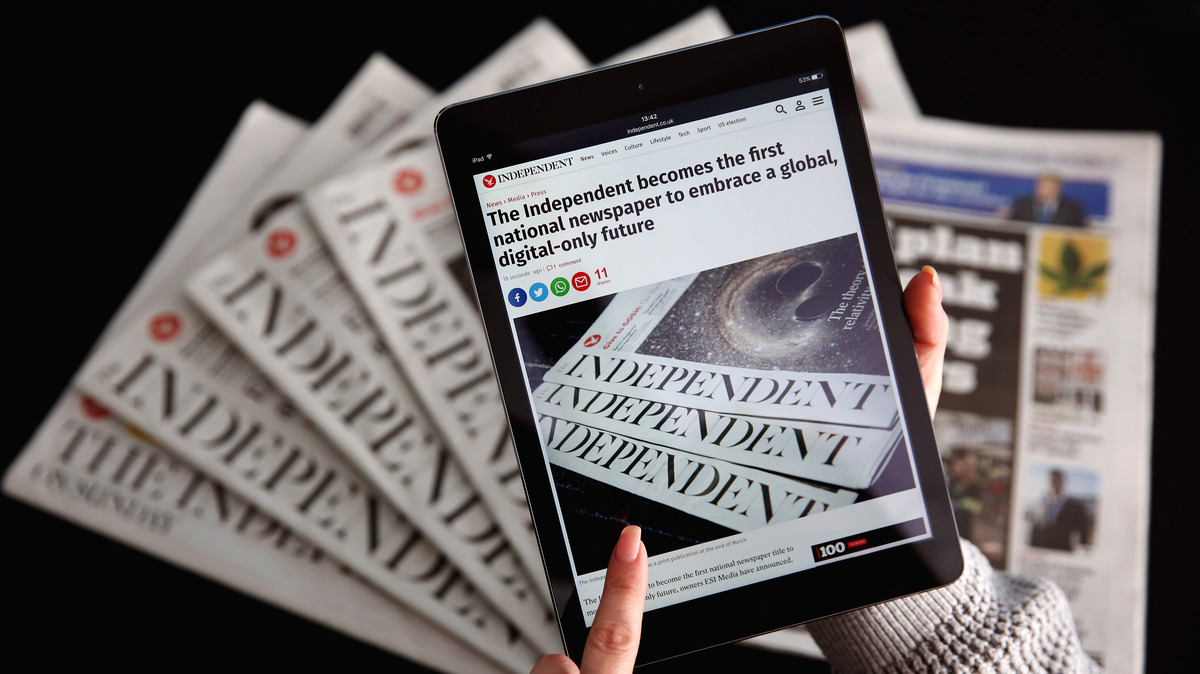 British newspaper the Independent announced it will move to a digital-only format later this month.

Later this month, British newspaper the Independent will stop printing physical copies — it's going online-only. You might not be familiar with the Independent, but if it weren't for the paper, the world might never have gotten to meet Bridget Jones.

That character, immortalized on film by Renee Zellweger, was born out of a series of columns that author Helen Fielding wrote in the Independent in the 1990s. Fielding tells NPR's David Greene that when she started there, the newspaper was "the cool place to work."

On what made it a "cool place to work" 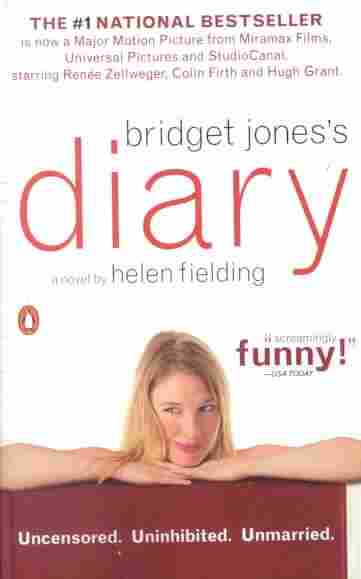 It was an interesting time in English newspapers, because in the late '80s, they'd crushed the print unions, and so everything was changing, a lot of newspapers were owned by big groups of owners, and the Independent ... was genuinely independent, hence the name ... it was the sort of place where, I recall, I once wrote a 6,000-word article about "whither the countryside," where I just literally wandered around Britain asking people where the countryside was headed. So it allowed you to go on and on about things.

On whether the Independent leaned left

Well, it depends on what you compare it with, really, in England. But no, it was very much liberal, free-thinking, yeah, you would say it was left-leaning. But I have to stress that I was a very sort of — we used to have the deep end and the shallow end of the newspaper, and I was definitely in the shallow end, so I was writing sort of book reviews and lighter pieces.

On the origins of Bridget Jones

I'd been playing with this character for a while — I'd written a pilot for the BBC called Thirties Panic, where I had this heroine, and the basic joke was, she says, "I'm not going to sleep with him," cut to the next scene, she's in bed with him. It's a sort of, that kind of joke. And I'd been trying to get someone to let me write this character in a newspaper, but I was pretty junior, and no one took any notice.

The British newspapers were — and still are — full of columns where people just sort of go on and on about things, just ordinary things in their lives. And people kept asking me to write about being a single girl in London. And I'm quite private, so I would always say no, no, that's too exposing and embarrassing. But then I said no, I'll make up this character.

On whether the Bridget of 2016 could come from a newspaper

No, it would be a blog now. It sounds a bit pretentious, but I think creativity is very much like a stream — it finds its path. The thing with Bridget Jones was, a lot of people wrote similar things very soon afterwards. I was in there first just because it was instant, in the newspaper. And I think there's still a way to do that — it's all about voice, and now if you have something to write about in a particular voice, you'd create your own blog or YouTube channel, and people would pick it up, as happens all the time.

On whether something is lost in moving from print to digital

Well, I still always get the newspapers delivered, and I love reading the newspapers, the actual, physical newspapers, you know? With coffee. It's like books. I don't think it matters what medium you use, but I think what does matter is that in the days of newspapers, you sort of had to read the article all the way through. Sort of. And it was full of opinion, and certainly on The Independent, really quite seasoned, clever people ... these guys smoking cigarettes who really knew and understood a lot. And they would really give thoughtful, in-depth analysis, and stories would be well-written and quite long. Whereas now, everything's a sound bite, and the news outlets get crazes on stories ... but you don't get the sense of balance, and all the things that are going on in the world ... but there we are — life moves on, doesn't it?