Accessibility links
How To Decide Whether To Rent Or Own The kids of the housing crisis — those 35 and under — are among the most eager to buy today. Here are some tips, for everyone, on how to weigh whether renting or buying makes the most sense for you. 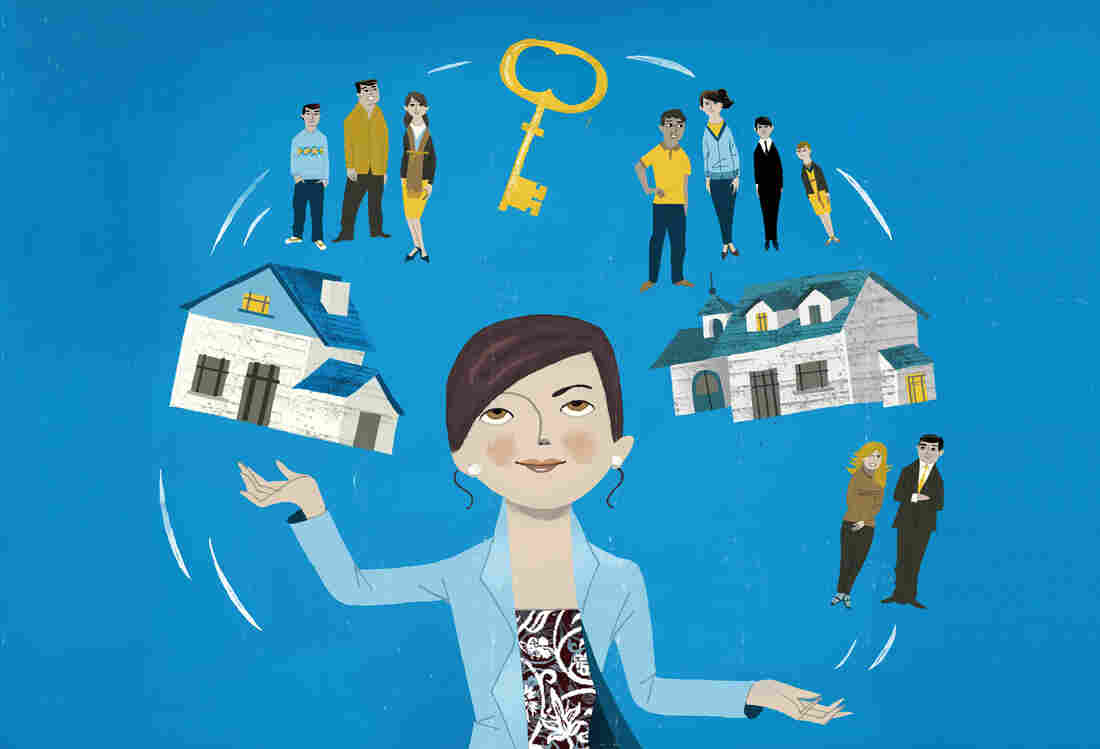 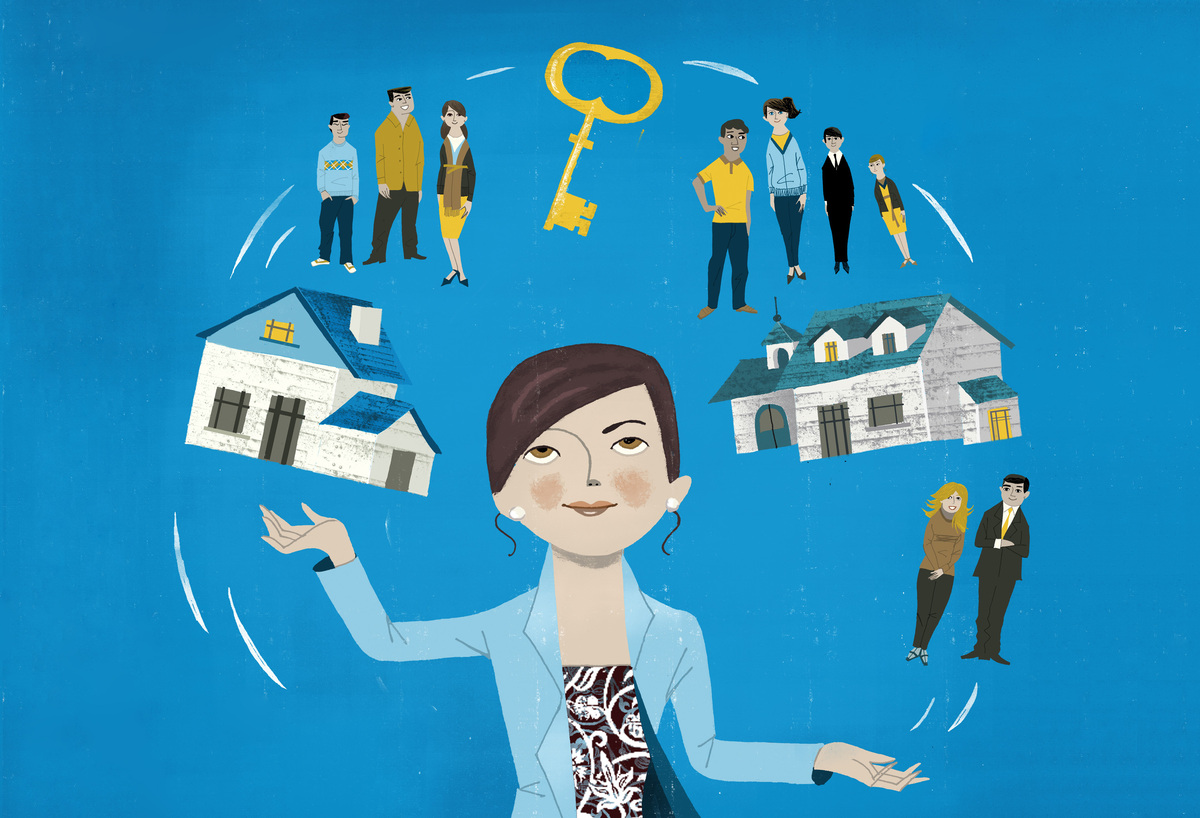 "Renting is the new buying." That became a kind of mantra after the housing crisis. Many Americans stopped believing that owning a home was a way to build wealth. As late as 2013, one report found, homeowners could see themselves becoming renters. And there were far fewer first-time homebuyers.

That's still the case today; last year, only 32 percent of all homebuyers were first-timers. But there are signs that young people are warming once again to the idea of owning their own home.

In fact, more than one-third of all homebuyers these days are 35 and younger. More than Gen X'ers, more than baby boomers, it's millennials who are taking the leap, according to a study this month by the National Association of Realtors.

They have some savings. They're tired of renting. And while people 5 or 10 years older may still be shell-shocked from the housing crash, this younger generation seems ready to start that new chapter — even if it didn't go well for their parents.

That's the situation for Amanda Larsen, a 24-year-old from Kansas City, Mo.

She says she doesn't want to "make some of the debt mistakes that they made."

Larsen recalls how her mom messed up, taking on larger loans than she could afford. Now, her mother warns her to stay within her limits: "Get the exact number that you know you're going to be approved for. And don't go above it," Larsen says.

So why does Larsen want to own a home instead of rent? Actually, she wants to get a dog. And her husband won't agree until they have their own house. So for her, a driving force behind her house hunt is the less lofty American Dream of dog ownership, too. 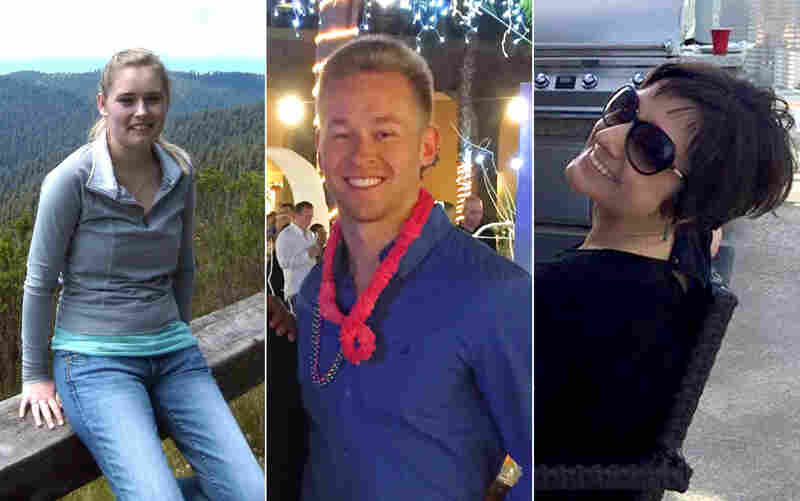 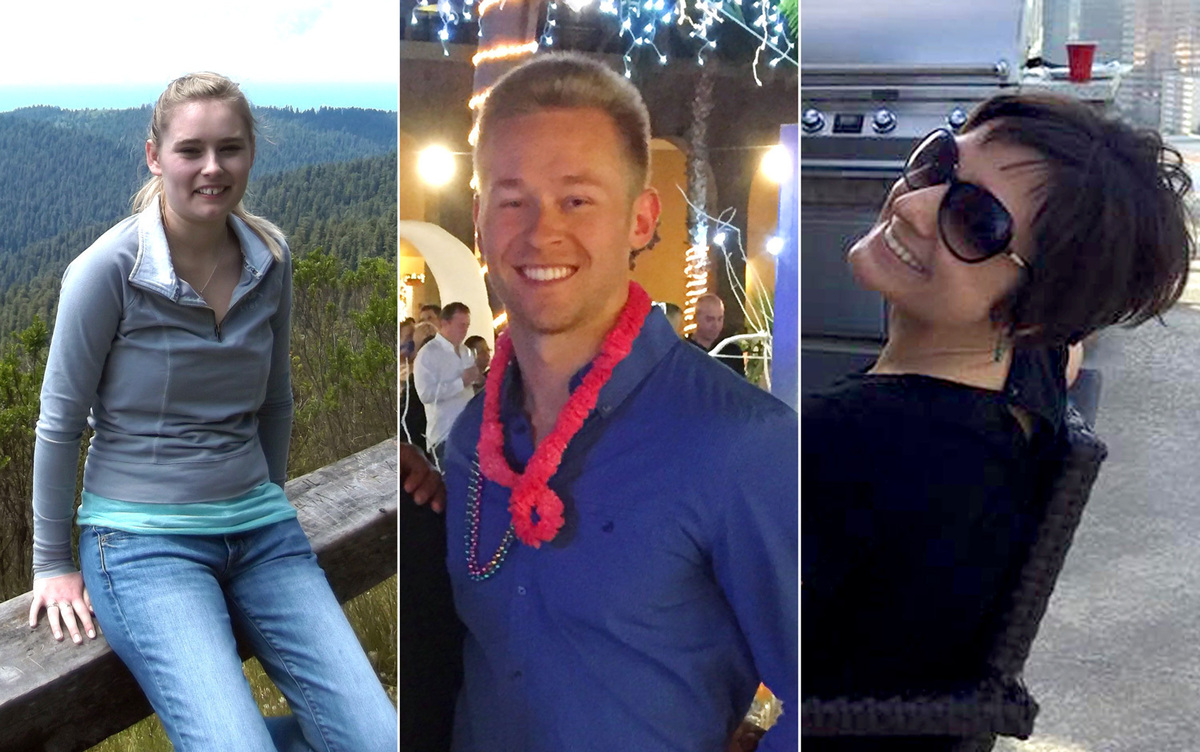 For a few years, Lee Davidson, a 35-year-old in Tampa, Fla., felt like she had no business buying a house because her personal life wasn't where she wanted it to be.

"I'm single, I'm not with someone," she says. "I don't have a partner. I'm not married. I'm not anywhere near being married."

But now, Davidson realizes, her career is solid and she's sick of moving.

"I just feel increasingly boxed in, I guess," she says. "I just have kind of moved from one little box to another."

In the years since the housing crisis, high-quality free tools like online calculators have become available to help you calculate, based on your numbers, at what point it makes more sense to buy a home versus renting.

Should You Rent Or Buy?

Here are some things to consider when you're trying to decide.

Compare all the relevant costs. Home prices are rising again — but so are rents. And mortgage rates are still low. Run all of the numbers for the neighborhood where you want to live.

How long do you want to stay in the house? House prices can drift up and down year to year. And you're leveraged when you buy, so a price drop of just 5 percent could result in a huge financial hit if you have to sell.

If you own for five or more years, that's much less of a risk. Home prices are more likely to move at least a bit higher over longer periods of time. And you'll have built up more equity in your home by paying down the mortgage over five years, and that will cushion you against a drop in prices

How much is your house expected to appreciate? It's tantalizing to think about, but ultimately very hard to predict — even the experts get it wrong. So housing economists say don't base your decision on a hunch that home prices will rise by very much. You might expect your house to appreciate along with inflation at 2 percent a year. If it appreciates more than that, great! But don't count on it, because you never know.

How much is your rent likely to go up if you keep renting? If you live in a trendy neighborhood with no rent control, your rent is most likely to rise over time. A fixed-rate mortgage won't.

NPR gave three aspiring homeowners — Larsen, Davidson and Eric Shannon, a 24-year-old from Tulsa, Okla. — a homework assignment: try out the calculators. There's one by The New York Times Upshot site, and another by the real estate company Trulia. (The latter lets you select the specific region you're in and helps you make estimates accordingly.) NPR also asked them to watch at least the first video in this informative series by Khan Academy.

None of them had come across these resources before, and they had less than 24 hours to do the assignment.

Then, each person had a one-on-one feedback session with economist Jed Kolko, who helped create the Trulia calculator.

Davidson says she was struck by how many numbers matter. It's not just the sale price of the home and interest rate. It's how many years you plan to stay.

"The asset side of it's very important; the calculators actually do factor that in," he explains.

Whether you keep the house 2 years or 15 will make a huge difference in how much of it you own — the equity you're building.

But one big factor the calculator doesn't account for: human behavior; that is, how likely you are to save versus spend, to put your money into a mutual fund versus a Frappuccino.

"If you're the sort of person who has no trouble at all saving every month," Kolko says, "then that advantage of homeownership might not mean that much to you."

Davidson says she saves — but only minimally.

So for her, Kolko says, buying a home could be a form of forced savings — a way to make her save.

The calculators ask something of an unfair question, too: how much will the home you buy go up in value? That's really hard to know. Even the experts get it wrong.

Eric Shannon in Tulsa says some homes in his neighborhood are appreciating 10 percent every couple years. So he's feeling optimistic.

"I'm seeing houses that are going on the market and they're going off very, very soon thereafter," he tells Kolko.

But the economist warns him: Tulsa is a one-industry town. And that industry, oil and gas, is hurting. So someone like Shannon — who works as an engineer there — could lose his job and see his home price crash, too.

Here are some online calculators and videos — and a few factors to consider — to help you figure out whether renting or buying makes the most sense for you.

Many housing economists agree: You don't want to base your decision to buy a home on a gamble that it's going to go up in value dramatically.

Home prices can drift up and down year to year, and you're in a leveraged position when you buy a home. So if you have to sell after a year or two, that could be a big financial hit if prices have fallen even 5 percent.

That's also a reason the experts say that you shouldn't buy a house unless you plan to live there for five or more years. That makes a drop in home prices much less risky.

Meanwhile, Amanda Larsen discovered that she and her husband could buy bigger and still pay less than their current rent. He wants to buy and never move again.

Housing economists say you should definitely look at the cost of owning versus renting in the neighborhood where you want to live when you consider homeownership. Home prices have been rising again in many parts of the country. But rents have gone up a lot, too, and mortgage rates remain quite low.

As it was with Larsen, owning might be a better deal than you think.

"We can technically afford a little bit more," Larsen says she'll tell her husband. "And this way you get more what you want, and I get more what I want."