Accessibility links
Movie Review: LOLO Julie Delpy directed and co-wrote the film in which she stars as a woman whose son is determined to break up her relationship with her new boyfriend. 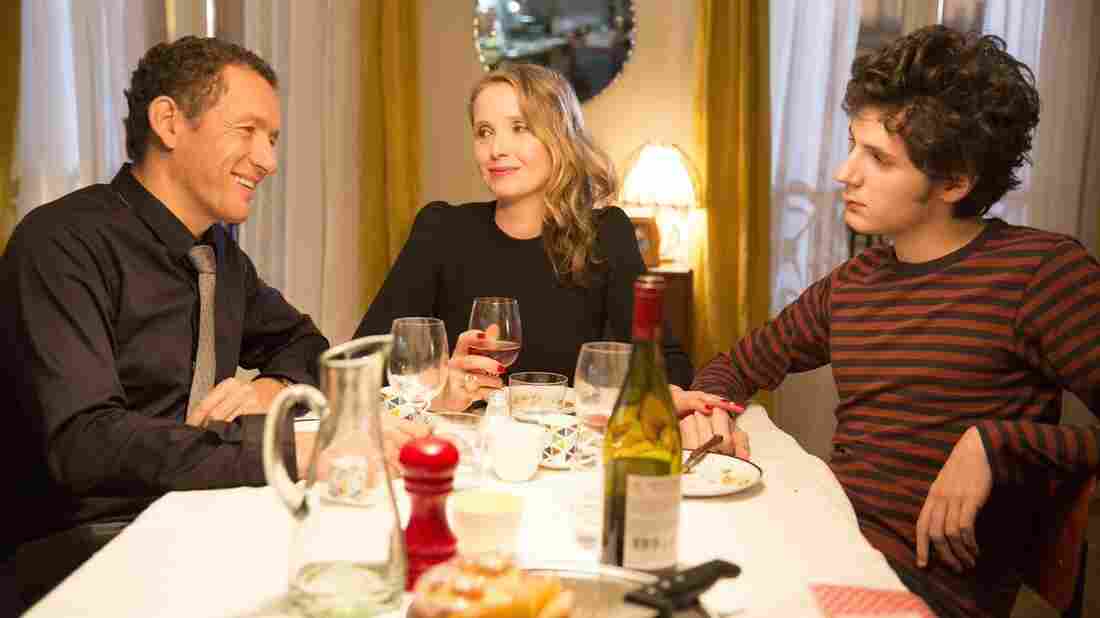 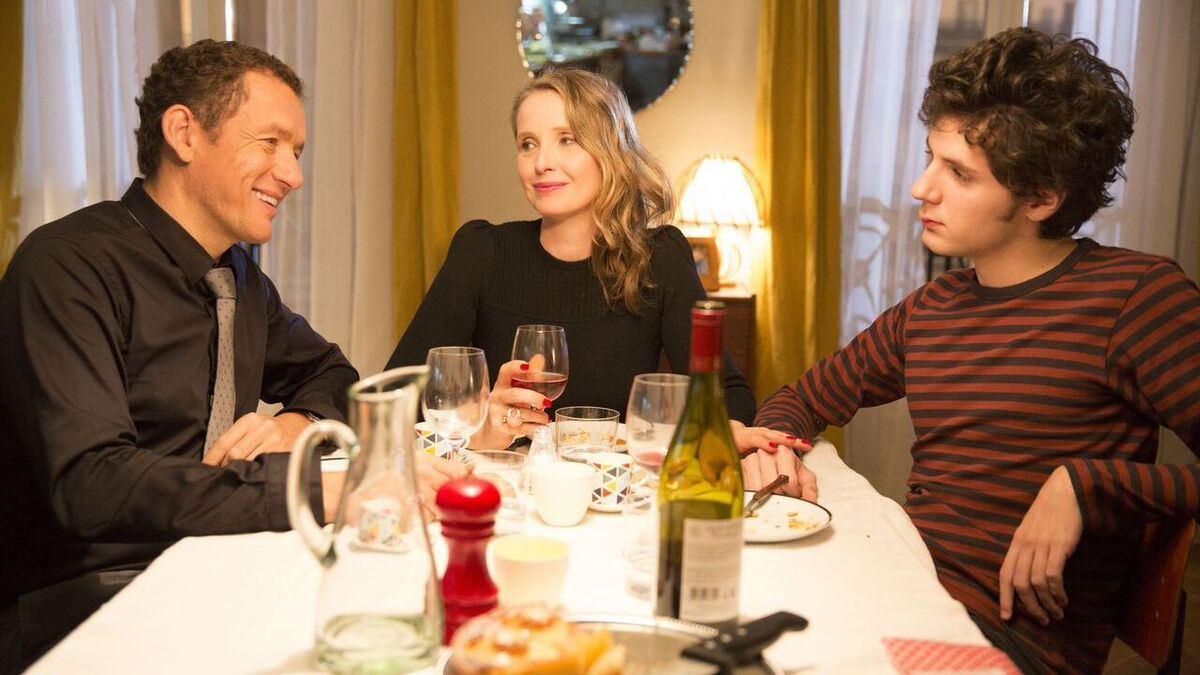 There's little reason to believe that Julie Delpy saw, let alone lifted the premise of, the Duplass brothers' 2010 black comedy Cyrus before she made Lolo, a pert little number about a Parisian teenager pulling out the stops to pry his doting single mother loose from a promising new boyfriend who's ready to move in. For all the similarities of premise and plot, Lolo is as breezily French in execution as Cyrus is deadpan Amer-indie. And anyway, the oedipal drama, however bent out of shape, never goes out of style.

Lolo, which Delpy directed and co-wrote with Eugénie Grandval, stars the French actress as Violette, a poshly scarved Paris art director in her forties who has run through many boyfriends without making any stick. While on vacation in the provinces — Biarritz actually, but there's no underestimating the solipsism of Parisian sophisticates — she falls hard for Jean-René (comedian Dany Boon), a good-hearted software engineer with a weakness for jittery hypochondriacs like Violette. To her astonishment the two get along great, but when Jean-René moves to Paris to be with his new love, the couple quickly discovers that they have reckoned without her 19-year-old son, gleefully played by Vincent Lacoste, yet another in France's limitless supply of rumpled Gallic charmers. Lolo is no Hamlet, but he's a skilled manipulator who will stop at nothing to sabotage the new domestic arrangements that threaten to dislodge him from his comfortable perch as Mamma's boy-in-chief. Patronizing the naïve Jean-René fails to drive him away, and from then on, it's cheerful slapstick filler all the way home — itching powder, spiked martinis, that sort of thing. Also thrown in: a guest appearance by Karl Lagerfeld, looking down his nose at the overtures of a bumpkin kitted out in leathers provided by a gleeful Lolo.

Lolo's breakfast eggcup, which resembles a pair of bountiful breasts, sums up the particular nature of this mother-son bond and the movie's blowsy, devil-may-care élan. Lolo is fun and fresh to look at: Violette's habitat is fashion-world, Centre-Pompidou new Paris, blessedly free of the Louvre-and-Seine shorthand that sells French movies to American audiences. The production design is picked out in vivid scarlet, and with a giddy soundtrack that carelessly mixes "The Blue Danube" and Percy Faith's "A Summer Place," both with tongue firmly embedded in cheek but without disclaiming irony. Delpy, who also made the diverting Skylab and 2 Days in New York may be a cutup, but she's no cynic.

Like John Reilly in Cyrus, Boon is a genial presence, warm-hearted and innocent but, when the chips are down, no pushover. In Lolo, though, the love interest is a peripheral figure whose function is to underscore the discovery by a powerful woman who's been round the romantic block many times that compatibility comes in many guises. Lolo is not especially profound, nor does it mean to be, about co-dependent mothers and sons, or the confused mores of 21st-century love in middle age, or even about the differences between social classes or the country and the city.

And in the end, whether it's the provincial rube or the bad seed who wins Violette for keeps is almost beside the point. This is a jaunty comedy of female bad manners where the biggest laughs come not from the poor behavior of a manipulative brat but from women talking trash together. How you feel about the greedily sexual banter that fizzes between Violette and her best friend Ariane (a very funny Karin Viard) will depend on how you feel about Amy Schumer or Melissa McCarthy or Kristen Wiig or the Tina Fey-Amy Poehler team. And that may be as much a matter of taste as it is of sexual politics. What is for sure is that the bawdy, acidic Greek chorus of Violette and Ariane in Lolo adds up to nothing more or less than a bid for equal rights in desire and dirty talk.