Accessibility links
Movie Review: MY BIG FAT GREEK WEDDING 2 There's not much to My Big Fat Greek Wedding 2, but for those who've missed the raucous Portokalos clan since 2002, it's fun to visit with them again. 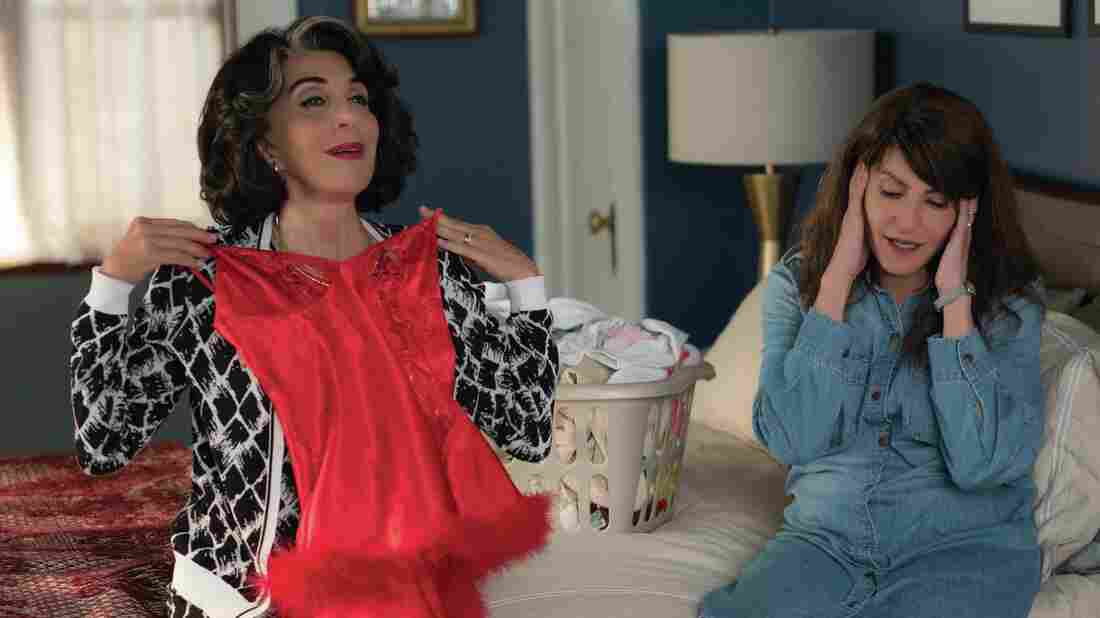 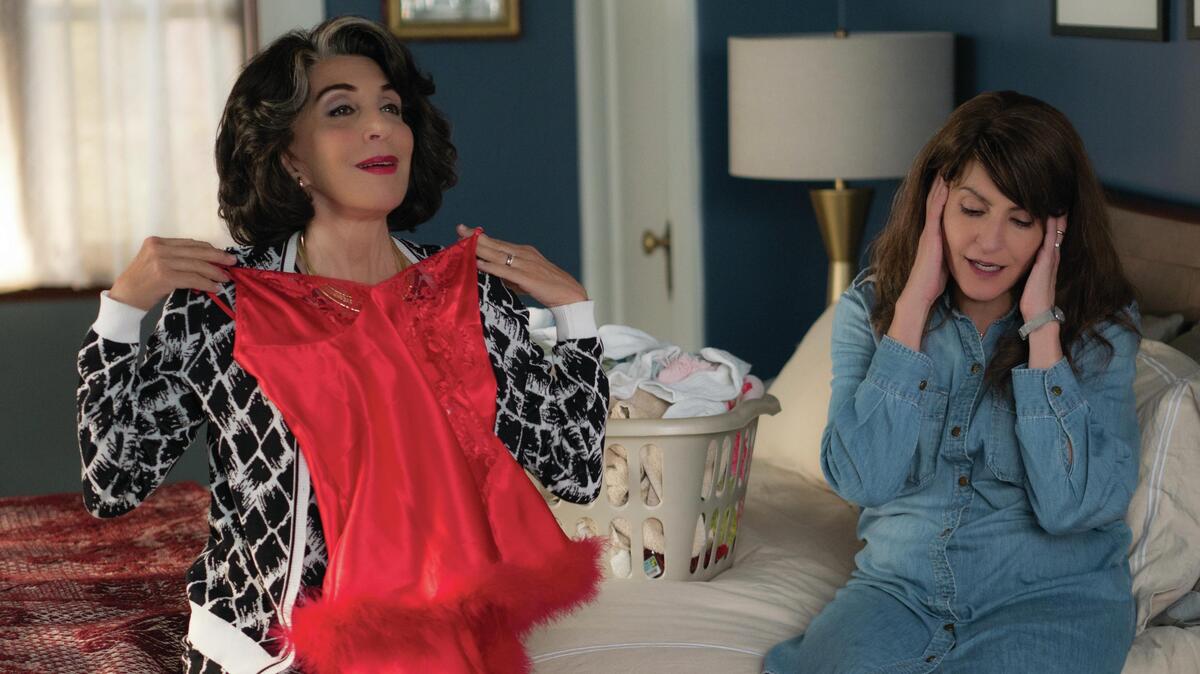 It's been 14 years — and one failed TV spinoff — since Nia Vardalos' My Big Fat Greek Wedding became an unlikely pop phenomenon, grossing $241 million domestically in theaters alone off a $5 million budget. And it's probably taken that long to understand why it took off where so many others didn't: Celebrations of ethnic cultures were not uncommon in the indie world, especially if food was involved (e.g. Eat Drink Man Woman, Big Night, etc.) and neither were Hollywood-style romantic comedies on a shoestring. But somehow that combination, marshaled around Vardalos' magnetism as writer/star, crossed over to the mainstream. Plus the Greek jokes landed.

The original movie ended in a happily-ever-after postscript that didn't suggest a sequel, but the entire family has returned for My Big Fat Greek Wedding 2 and, save for a wrinkle or two, it's as if a day hasn't passed. Those running gags on Windex and the Greek roots to all words have not stopped running, and the ratio of broad comedy to broader sentimentality is just as laboratory-precise. Vardalos is so keen on bottling that old magic that her character even retreats to the restaurant where she waitressed in humbler times and puts on the old coke-bottle glasses again. Marvel sequels are scarcely less conservative.

And yet it's comforting to break bread in Vardalos' cheery Chicago enclave again, even if you're being served yesterday's dinner out of the microwave. The distance between the original and the sequel actually helps in some regard: When Gus (Michael Constantine), the lovable old patriarch of the Portokalos clan, unfreezes his car-door lock with a blast of Windex, the nostalgic kick is almost Proustian. He only needs to cruise 10 feet down the block before the rest of the family comes bounding out of the gaudy Greek flag-themed homes that line the neighborhood. Their familiarity is the sequel's primary bliss.

When last we visited House Portokalos, Toula (Vardalos) and Ian (John Corbett) had their big fat Greek nuptials, moved into a cozy place next door to Toula's parents, Gus and Maria (Lainie Kazan), and were seeing their daughter Paris off to Greek School. Now Paris (Elena Kampouris) is about to ship off for college and she's bucking against her overprotective parents, who have the Portokalos instinct to keep her close to home. Meanwhile, familiar old marriages are starting to go stale: In raising Paris, Toula and Ian have forgotten about each other and attempt to rekindle the flame. And while delving into a genealogy project, Gus discovers that his marriage certificate was never signed, so he and Maria have spent the last 50 years "living in sin."

The second, official wedding between Gus and Maria gives My Big Fat Greek Wedding 2 the requisite explosion of taffeta and baklava, not to mention an equally generous resolution of dramatic subplots. Gus gets a chance to reconcile with his long-estranged brother (Mark Margolis). Paris goes to prom. Toula's cousin Angelo (Joey Fatone) accounts for why he isn't so great with the ladies. Toula and Ian prepare for life as empty-nesters. And on and on and on. In most other circumstances, the abundance of tearjerking payoffs would be shameless, but the very concept of too-muchness is built into the machinery. This is not My Quaint, Tasteful, Limited-Invitation Wedding. This one will wake up the neighborhood.

As with the first one, My Big Fat Greek Wedding 2 seems like a more comfortable prospect for television, where the mini-dramas of the Portokalos family can have more room to stretch out. But since the sitcom My Big Fat Greek Life was a sure thing that wasn't — airing only seven episodes on CBS in 2003 — Vardalos has brought the franchise all the way back to square one. That she and her cast, particularly the wondrous scene-stealer Andrea Martin, have produced a crisp carbon copy of the original is no small achievement given the time between movies. As ambitions go, however, it doesn't get much punier.