Accessibility links
Book Review: 'The Summer Before the War' By Helen Simonson Helen Simonson's new novel is a gently charming portrait of a small British town in the last, fraught moments before the outbreak of World War I.

Shadows Haunt A Lovely Season In 'Summer Before The War'

Shadows Haunt A Lovely Season In 'Summer Before The War' 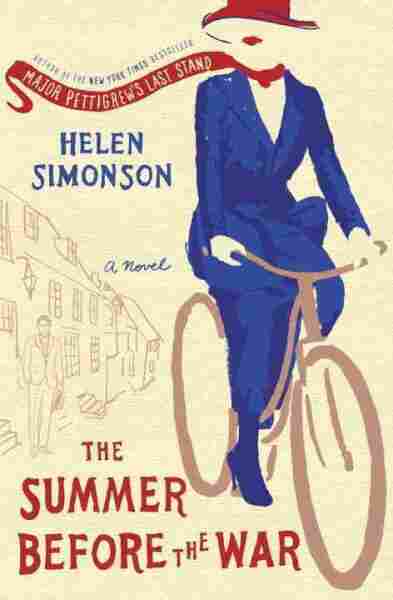 The Summer Before the War

Title
The Summer Before the War
Author
Helen Simonson

Charm is an elusive elixir in literature. Character, dialogue and setting all must be carefully calibrated, but above all everything has to look easy. When it works, it can be ragingly successful, as with Helen Simonson's debut novel Major Pettigrew's Last Stand. With its delicate, witty portrayal of the English countryside, that international bestseller left its readers clamoring for more.

Now Simonson is back with The Summer Before the War, a gentle comedy of provincial manners that rivals her first in the charm department. The setting is Rye, "a little high-perched Sussex town," as the author Henry James has it in the book's epigraph. The novel depicts the fraught period just before the U.K. is to enter World War I, when few Brits had an inkling of the changes that would befall them. When the narrative begins, Archduke Ferdinand has been assassinated in Sarajevo, the incident which will trigger the hostilities. Whitehall is "crammed with busy civil servant politicians, and generals," but Germany has not yet stormed Belgium. The rural realm of Sussex is still a place of peace and quirky goings-on.

The heroine of the story is a, yes, charming young woman named Beatrice Nash, who arrives in Rye to serve as Latin teacher to the village's children. Beatrice soon falls in with a delightfully eccentric local family, the Kents. At the helm is Agatha Kent, "still a handsome woman at forty-five," who sunbathes naked in the back yard. Two nephews spend their summers with the Kents, one of whom is a prankster poet and the other a grey-eyed medical student fond of "sectioning" the heads of chickens.

Beatrice fits in well with this sophisticated crew. She has traveled with her recently deceased father "from the American West to the Kasbahs of Morocco and the lesser-known classical sites of southern Italy." Combining inner strength and outer beauty, clever and stubborn by turns, she is quite capable of returning the ripostes that are flung her way by the two young men in the household. Assured that one of the nephews is "only playing the fool," Beatrice responds, "Really? He is so convincing!"

The contrast between pastoral peace and the violent chaos of war is what gives this novel its heft.

In 1914 many things are changing in the mellow village of Rye. Motorcycles, telephones, photography and suffragettes have rung in the new century. Beatrice arrives in town with her bicycle, a still-unconventional mode of transportation for a proper young woman. "I assure you I put away the fripperies of girlhood some years ago," she announces, and it is entirely enjoyable to observe her as she comes into her own.

I was intrigued to encounter Mr. Tillingham, "our man of letters," who acts as Simonson's stand-in for Henry James. The American author has taken refuge in Rye to avoid London's social whirl and hunker down with his writing. Heavy-jowled, gouty and pompous, with "two short legs and a pair of dainty feet," James-as-Tillingham has a "fondness for lengthy sentences, and multiple ellipses." He is also known for his predilection for motoring with a fellow writer, a relationship surely modeled on James' with Edith Wharton, "that American woman who insists on writing even though her position and fortune make it quite unnecessary," as one snooty character puts it. Beatrice longs to have her writing recognized by the great man, even though she has been warned by her elders that she should put any aspirations aside as it would be "an absolute disaster for a lady in your position to earn a reputation as a bohemian."

In The Summer Before the War, the novelist's attention to sensory detail is lovely, simple yet evocative. "The scents of honeysuckle and wallflowers rose on the salty breeze," Simonson writes. "She could hear the snort and jingle of a horse tossing his head in the street and smell the peppery scent of Mrs. Turber's tomato plants wilting against sun-heated brick." Anglophiles will appreciate the local foodstuffs: A "steaming jam pudding," tea cakes and elderflower cordial tickle the palate of the imagination. Droll dialogue dominates, with gentle zingers regularly applied. There are the time-tested markers of small town life: a parade, a harvest festival, country dances.

But the action grows serious as the scene shifts from idyllic Kent to the horrific killing fields of France. The young men in Beatrice's life go off to war, some never to return. "Despair had a way of making tea taste bad," Simonson writes. This is a conflict into which the U.K. has been dragged almost by mistake, yet its cruelty winds up casting a grievous shadow over the lives of this novel's naive countrymen. It is a shadow all the more poignant because the lives portrayed in The Summer Before the War have been so pleasant and pacific — yet through all the lovely season, the specter of death has been much closer and more imminent than they knew. The contrast between pastoral peace and the violent chaos of war is what gives this novel its heft; "Tell me," asked the British war poet Richard Aldington in lines published at the time, "was that the greatest time of your lives or the most disastrous?"