Accessibility links
Stopping Trump Won't Be So Easy. Here's Why, In One Chart Donald Trump has a base that skews heavily toward early deciders. His opponents end up fighting over who's left.

Stopping Trump Won't Be So Easy. Here's Why, In One Chart

Stopping Trump Won't Be So Easy. Here's Why, In One Chart 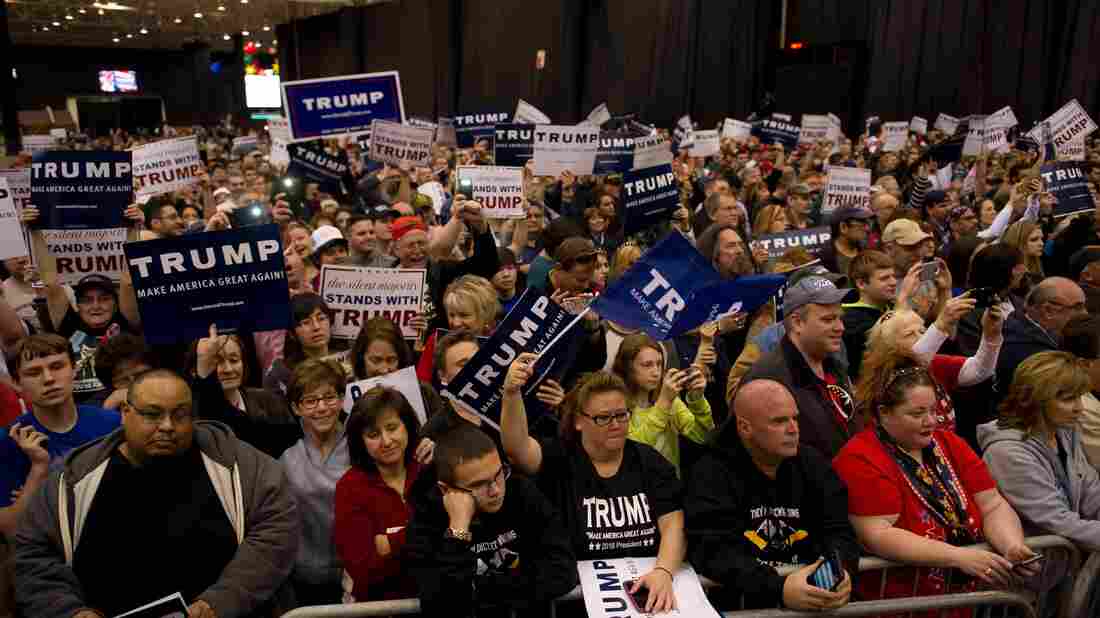 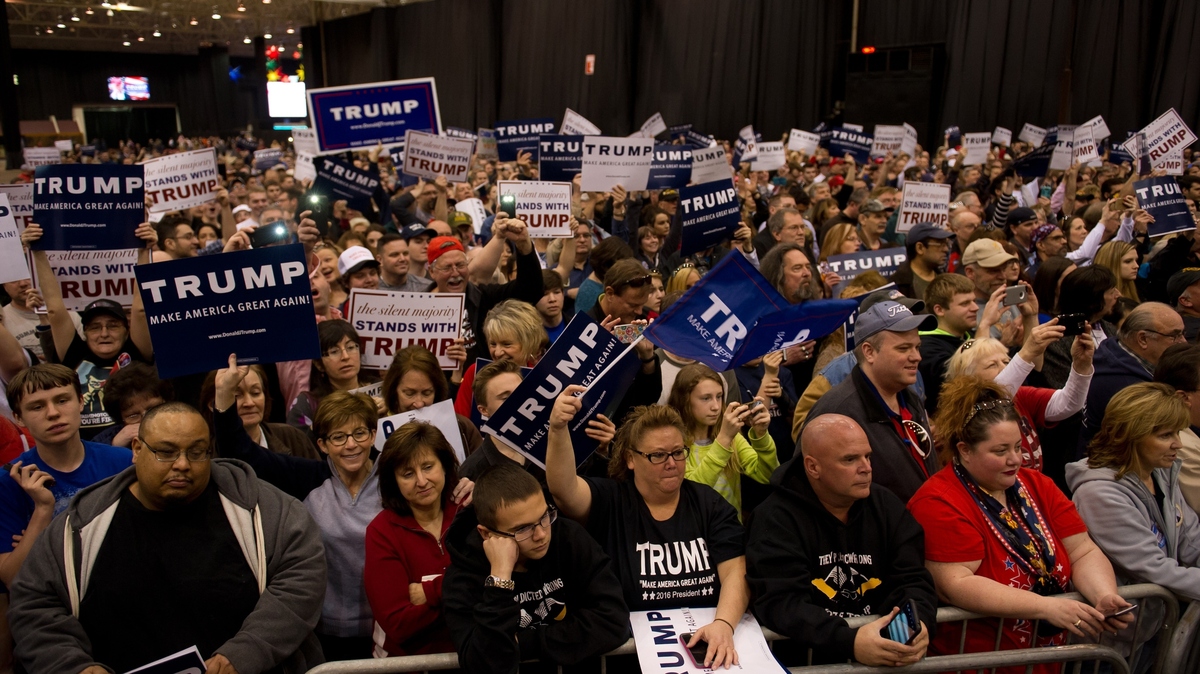 Supporters listen as Republican presidential candidate Donald Trump speaks at a campaign event at the I-X Center earlier this month in Cleveland, Ohio.

Here's one of the biggest strengths Donald Trump has going for him: His voters decide, and they stay decided.

That matters as the GOP race moves to Wisconsin and beyond. Ted Cruz and John Kasich are looking to thwart Trump's chance, but they may be too late to change many voters' minds in those places.

According to exit polling data, most GOP primary voters decide on a candidate well before they vote, and the earliest-deciding voters have thus far almost always leaned toward Trump.

Clearly, Trump is in a race of his own on this count. To a remarkable degree, his support skews toward people who decided earlier. The below chart (using exit polling data compiled by John Coleman, political science professor at the University of Minnesota) shows the difference between a candidate's share of people who decided in the last few days and his share of those who decided before that.

In all 20 of the states for which there are exit polling data except one (Cruz's home state of Texas), Trump has either won the largest share of people who decided before the last few days of voting or tied with someone else. And in a majority of those states, he lost late-deciding voters to someone else.

The trend holds even if you look a few weeks out from primary day. In 19 of the 20 states that have exit polling on this (once again, Texas is the exception), Trump won — usually by a long shot — the highest share of voters who said they decided more than a month ago.

That includes states he lost, like Iowa, Oklahoma and Ohio. Meanwhile, he once again often lost those later-deciding voters.

For some context, here's how it looks on the Democratic side. While it's true that Hillary Clinton and Bernie Sanders both have some deeply loyal supporters, they also both benefit from people who make up their minds later. And while Clinton (like Trump) leads heavily in delegates and performs far better in national polls, she also doesn't have the same skew toward long-decided voters.

In any given state, the battle between non-Trump candidates thus far has disproportionately been a battle over late-deciding voters. Here's what could be happening here: Trump may be both so well-known and so unlike any other candidate that people have decided to (a) vote, period, and (b) vote for (or against) him well before caucus or primary day.

That means Cruz and Kasich's best strategy in upcoming contests like Wisconsin may be to turn out the people who specifically tend to break for them, like uber-conservatives (in Cruz's case) and moderates (in Kasich's case). After all, they're not going to turn many Trump supporters.

The question is how much trouble this portends for Clinton or Sanders in the general election.

Arguably, the answer is "very little." Trump is credited with helping drive turnout, but then, primary turnout doesn't predict general-election turnout. Primary voters are very different from general-election voters. And even if Trump's general-election supporters are more committed than those of his opponents, an Election Day eeny-meeny-miney-mo vote counts just as much as a vote decided months ago.

But. If Trump voters are set early — and if he truly is bad in a general election at winning over those late voters — it could be a sign that he really has a ceiling. Taken together with his high unfavorables, even among Republicans, there may be a large share of voters who simply won't vote for him in a general election. If that's true, he has to make sure he gets every possible Trump voter out to the polls.