Accessibility links
Wyatt Cenac: Pop Culture Fights We challenge Wyatt to the classic game "Who would win in a fight?" starting with the ultimate question: Superman or Batman? 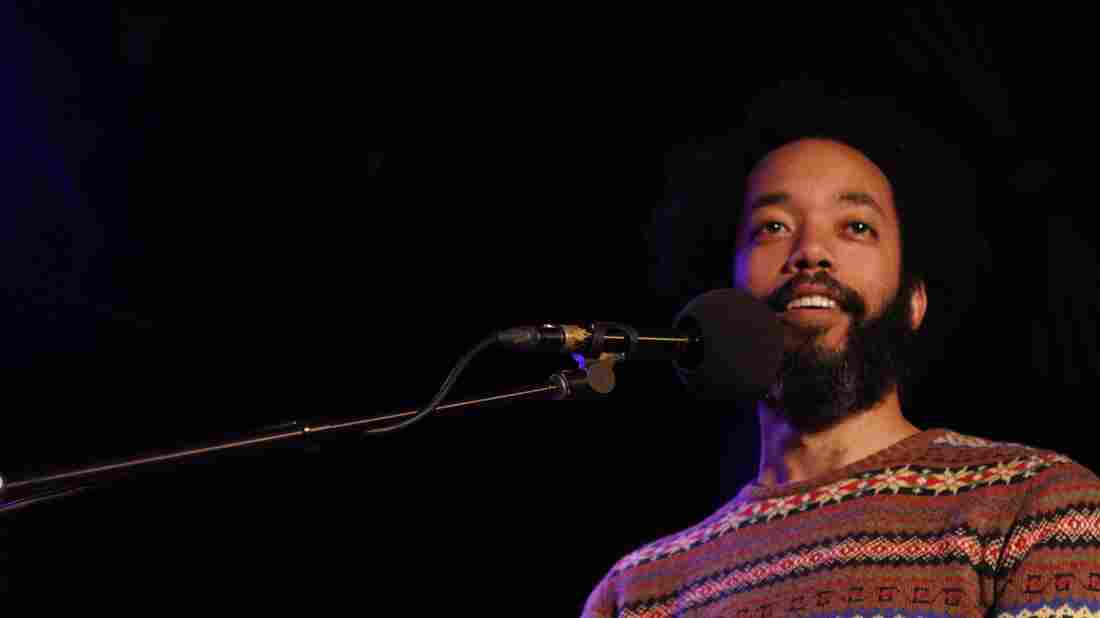 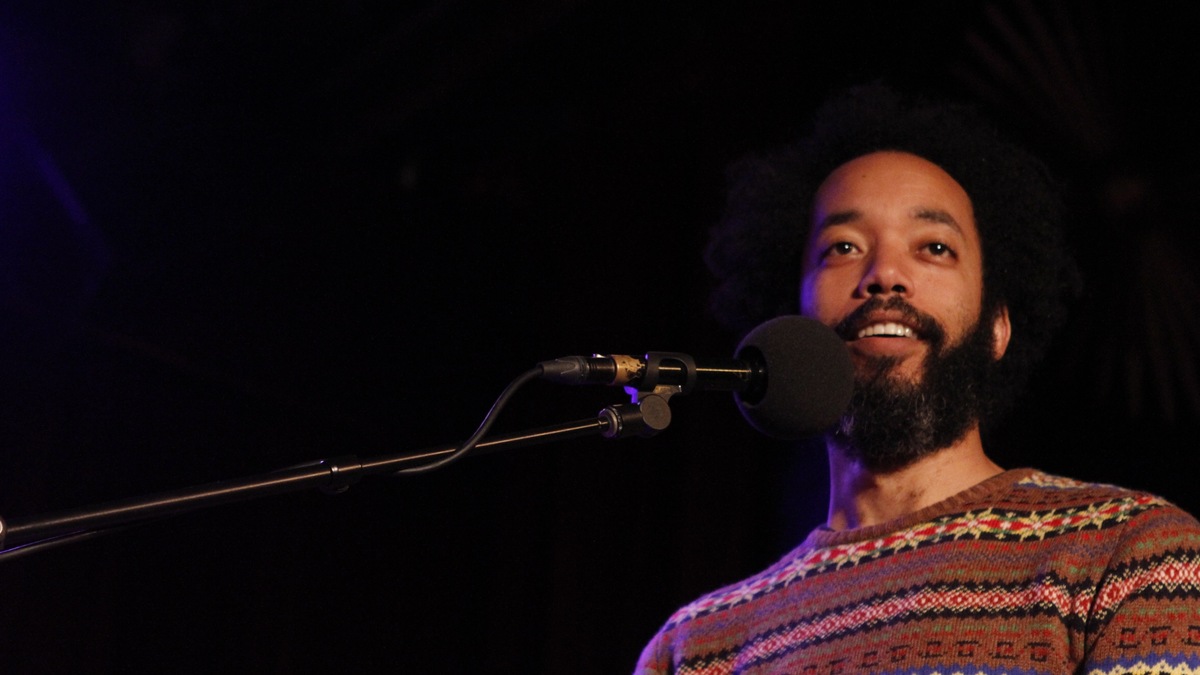 Comedian Wyatt Cenac on Ask Me Another.

As a teenager, Wyatt Cenac started his career in comedy by writing a letter. And another. And about four more until Saturday Night Live finally gave the 19-year-old an internship. From those humble beginnings, the comedian has continued his craft, writing for King of the Hill and The Daily Show, where he was also a correspondent for four years.

Cenac spent some time in Los Angeles but now calls Brooklyn home. Every Monday night Cenac hosts a weekly comedy show in Brooklyn called Night Train, and he recorded his 2016 Grammy-nominated comedy album, Brooklyn, at a small, intimate venue — of course, in Brooklyn. The show was released as an LP and a Netflix special.

But for his latest album, "Furry Dumb Fighter," the former Daily Show correspondent decided to record at a comedy club in Madison, WI, where he had performed a risky show. "When I was doing my show a year ago in Madison, the night I was doing my show Dave Chappelle happened to be performing right across town square," Cenac tells Ask Me Another host Ophira Eisenberg at The Bell House. "It felt like if anybody didn't know that Dave Chappelle was in town, as they were walking to my venue, they would see the marquee and be like, 'Oh, we made a mistake.'" Not to worry — Cenac's show sold out.

Although Cenac might not strike you as a "puppet-lover," he does "enjoy a good string down marionette," and even owns a puppet of himself that sits in a box in his apartment. "When I worked on The Daily Show, we had some puppets made of myself, John Oliver, and Jon Stewart. When I left the show, I stole the puppet," Cenac explains to Eisenberg, "I took what was rightfully mine." Not only does he love puppets, but comic books and superheroes too. We decided to challenge Wyatt to the classic game "Who would win in a fight?" starting with the ultimate question: Superman or Batman?

On his SNL correspondence

I was 19 years old and didn't necessarily know how television worked. I figured you could just write somebody a letter and say, "Hey Lorne Michaels, I'd really like to be a cast member on your show." And I included some sketches, I said, "I can write as well. So, I'd like to be a performer and a writer. Here are some sketches. I don't have any videos. Just trust that I'm good."

On performing the same night as Dave Chappelle

On recording an LP

When I recorded [Brooklyn], I had a thought in my head of where the break would be and I was wrong. But on the record it does reflect that. It reflects how wrong I am, because I kind of a call it out, "Oh, this is where the record is going to flip." And it doesn't flip.