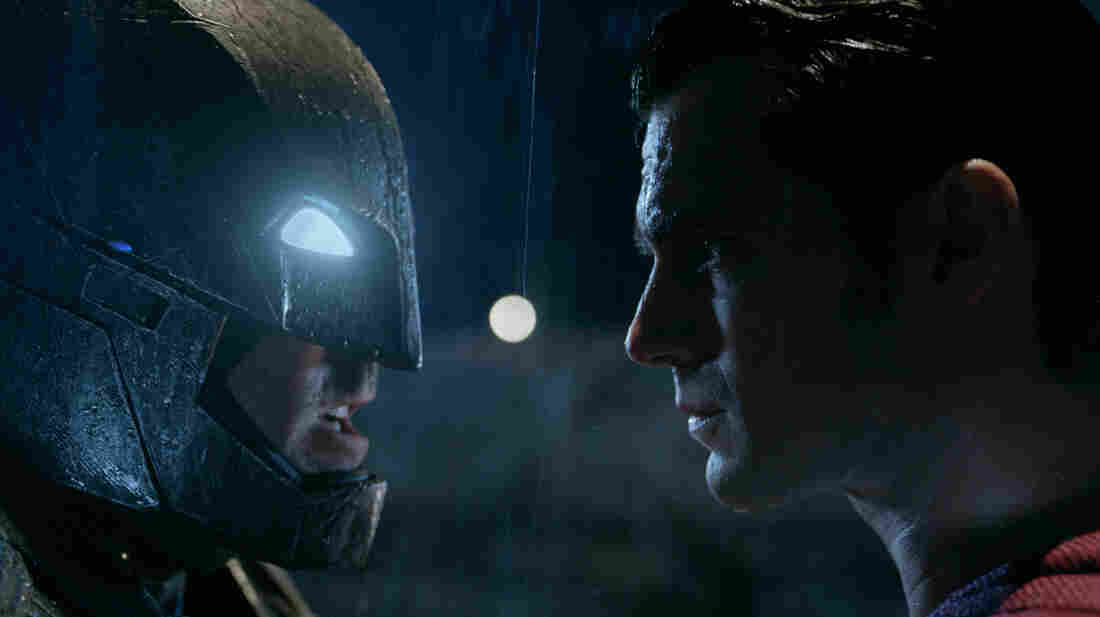 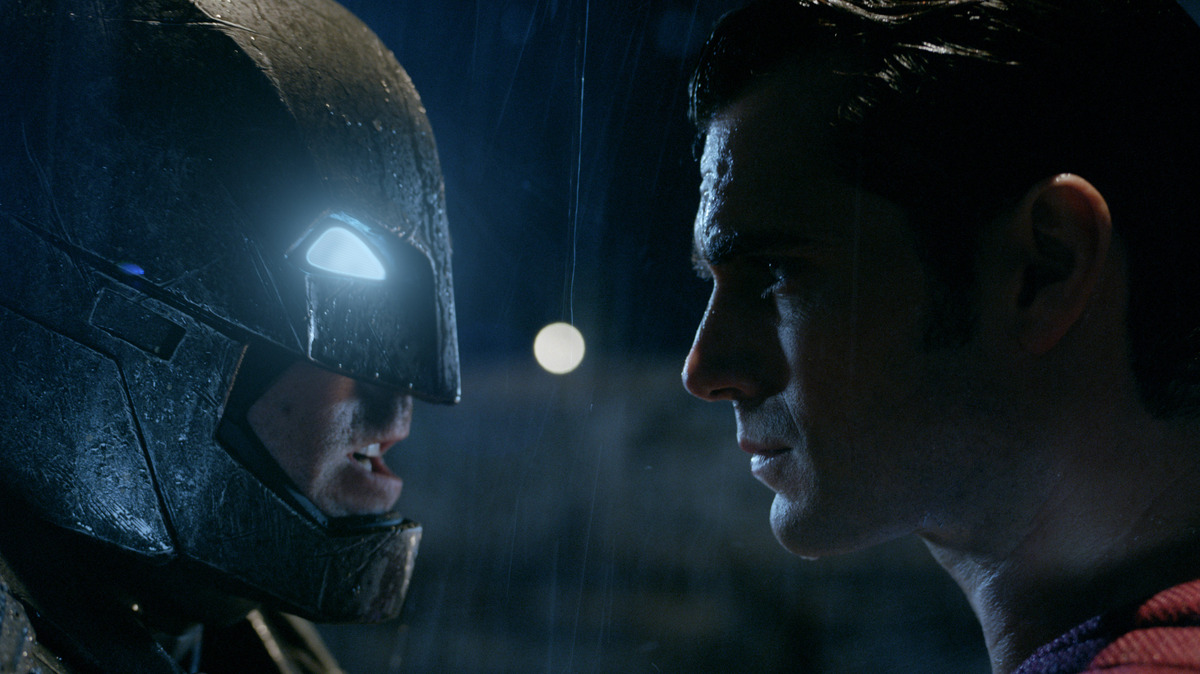 Director Zack Snyder plays to his strengths laying on the moody atmospherics.

It's been three years since the Superman movie Man of Steel arrived in theaters — three years in which DC Comics has released no other superhero movies. Meanwhile, its rival, Marvel, has earned more than $9 billion from a dozen men-in-spandex films.

So the Man of Steel sequel, a ponderously overlong epic called Batman V Superman: Dawn of Justice (that solitary "V" being pretty much the only thing abbreviated about it) has some serious catching up to do.

Easier said than done, since it's freighted not so much with entertainment value as it is with enough talk of fallen gods, absent parents and dissolute heroes to fuel a Greek tragedy. And for much of the film's 2 1/2 hours, director Zack Snyder seems convinced that that's what he's making. Or, as bad guy Lex Luthor puts it, in an unedited stream-of-consciousness attempt at pizazz: "A battle to the death, black and blue, fight night, the greatest gladiator match in the history of the world, God versus man, day versus night, son of Krypton, versus Bat of Gotham."

It takes a while to pit these two iconic good guys against each other, but the script gives them reasons. Straight-arrow Clark Kent goes after vigilantes both as a reporter for the Daily Planet and as a superdude in a cape, because he feels guilty that whole blocks of Metropolis got wiped out along with the bad guys at the end of his last movie. 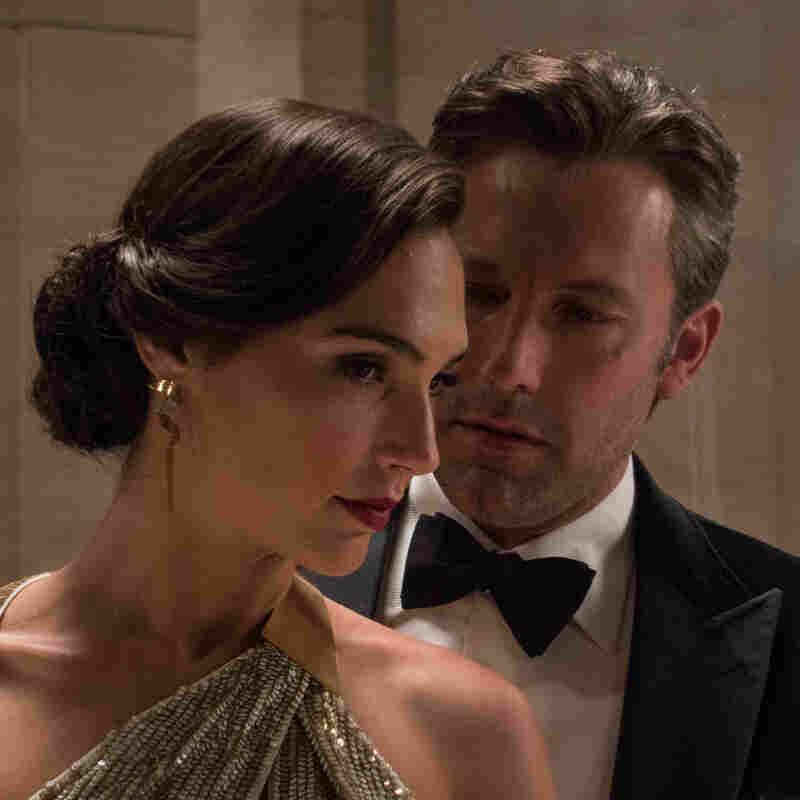 Gal Gadot's Wonder Woman is the secret weapon for late in the film. She'll doubtless get to do more next time. Clay Enos/Courtesy of Warner Bros Pictures hide caption 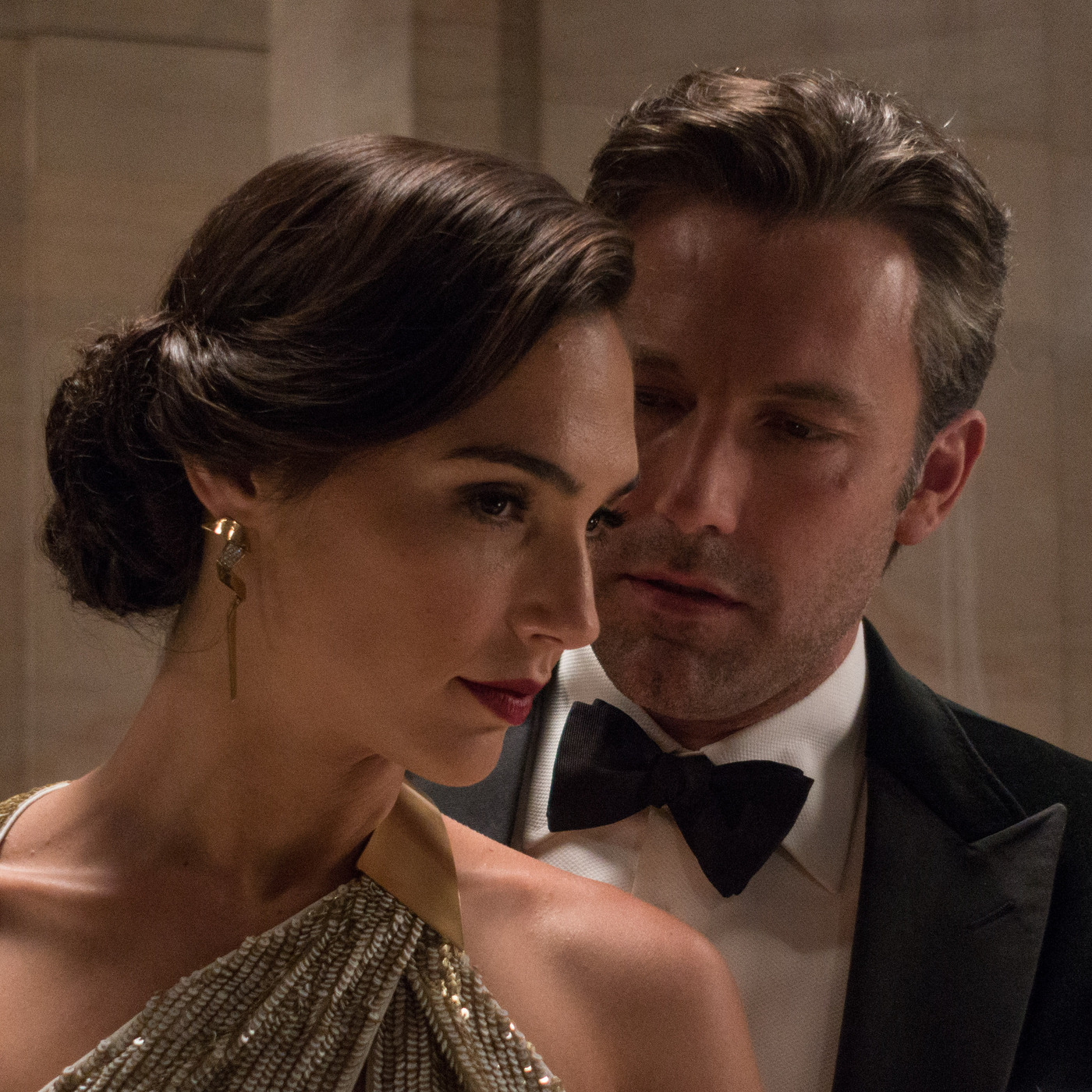 Gal Gadot's Wonder Woman is the secret weapon for late in the film. She'll doubtless get to do more next time.

Brooding bat-suited billionaire Bruce Wayne blames Superman for that collateral damage. And worries that it's just the start.

"He has the power to wipe out the entire human race," he says. "And if we believe there's an even 1 percent chance that he's our enemy, we have to take it as an absolute certainty."

Not sure about that 1 percent/absolute certainty matchup, but hey ... these guys are smart. Surely they can talk things out. Alas, Lex Luthor is the one doing the introductions.

The half of the film not devoted to establishing why they're fighting is devoted to making the fight seem plausibly even. Batman is, after all, a guy with gizmos ... not superpowers. Everyone acts up a storm, plumbing psychological nuances that are not really what most people go to superhero epics for. But what's a poor studio to do when Marvel has pretty much cornered the jokey, ironic detachment market?

Director Snyder plays to what I suppose you have to call his strengths. He lays on the moody atmospherics and Hans Zimmer's score, while keeping the images grand enough to support the obligatory special-effects dust-up with a monster in the final reel.

The filmmakers save a secret weapon for that battle: Wonder Woman, who shows up more or less unannounced to toss her lasso and brandish her shield. Gal Gadot will doubtless get to do more next time.

And yeah, there will be a next time, even if this time has turned out to be a lot less fun than it should be.