Accessibility links
'How Did This Song Get In That Commercial?' Some Answers From SXSW In an age when you're more likely to hear a cool new song in an ad before you hear it on the radio, a panel at SXSW addressed the question of how to match mayonnaise with banjos or sneakers with EDM. 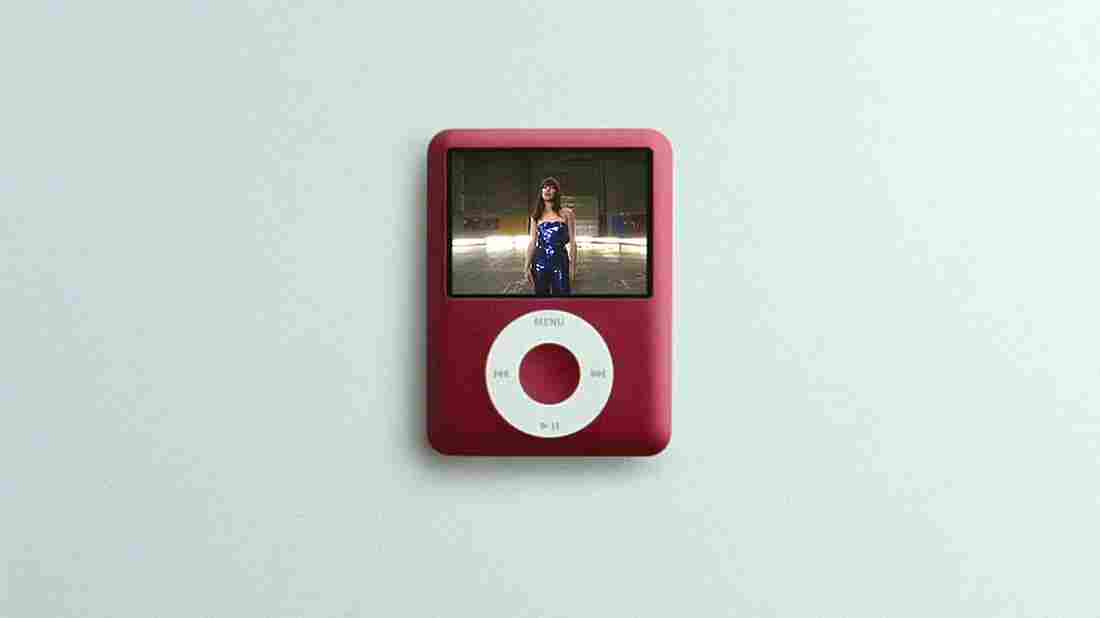 When Apple used the song "1234" in a 2007 iPod commercial, it turned Canadian singer Feist into a star. A panel at this year's SXSW agreed that music licensing remains lucrative — and complicated. YouTube hide caption 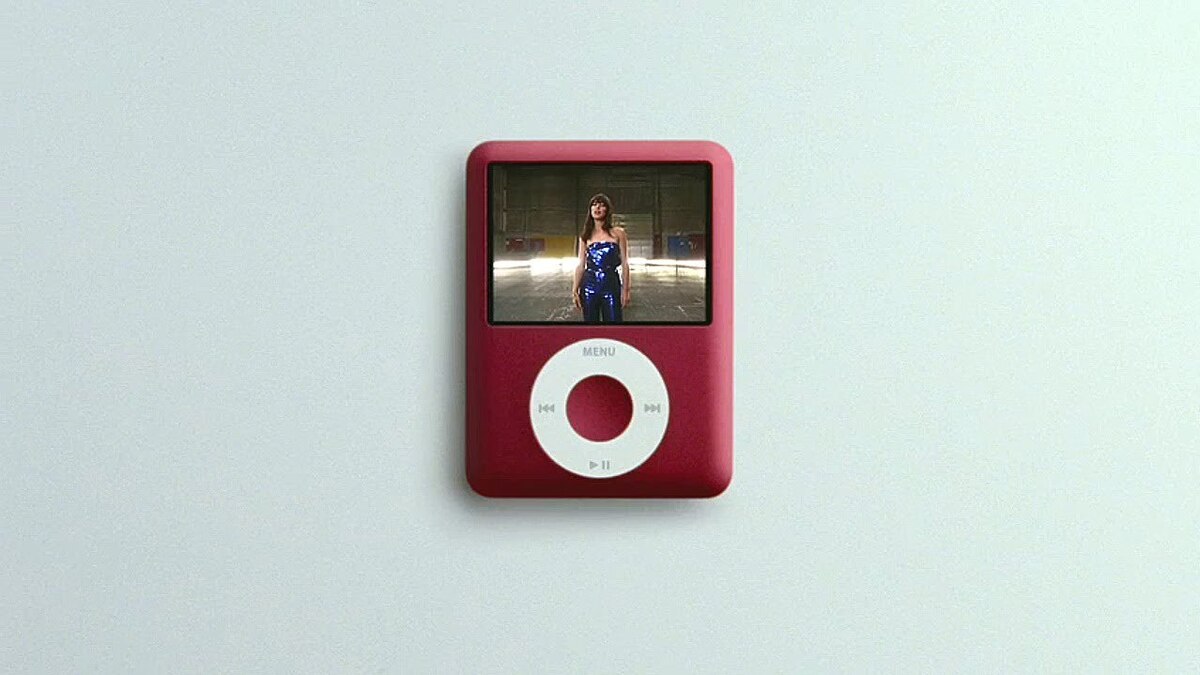 When Apple used the song "1234" in a 2007 iPod commercial, it turned Canadian singer Feist into a star. A panel at this year's SXSW agreed that music licensing remains lucrative — and complicated.

Over the past few years, pop songs have come to play so consistently in advertising that there are smartphone apps designed to listen and help you name that tune, and the word "sellout" has lost a lot of its bite.

Think back to 2007, when Apple essentially launched Canadian indie star Feist into the pop stratosphere. Or even to last year, when it was hard to know whether online TV service Hulu or the singer BØRNS got a bigger lift from the single "Electric Love."

So it was no surprise that a panel at this year's SXSW Music Conference called "How Did This Song Get In That Commercial?" was pretty well attended.

John Hansa, creative director at the advertising agency Leo Burnett, spoke on that panel. He says that cultural shift in the music industry is no small thing.

"It was the perception of jingles," he says.

Hansa sat down with NPR's Audie Cornish in Austin, Texas, along with fellow panelists Michael Paoletta and Bonny Dolan of the commercial music agency Comma Music.

Paoletta says the stigma around licensing music to advertisements still exists — but it's changing.

"I think there are still those acts that will license their music to film and TV, for example," he says. "But they'll kind of raise their hand and say 'no thanks' to advertising. But even those artists are less and less today."

Dolan agrees. "I think we were pariahs, and then we were much less pariahs," she says.

Think of these two as music brokers: Advertisers come to them when they need a song for a commercial. Then, Paoletta and Dolan will either commission their in-house composers to write one, or they'll pair that advertiser with a singer or band looking to license the use of its songs for cash.

At SXSW, people had a lot of questions about that.

"I would say No. 1 is: 'How can we get our music into a commercial?' " says Paoletta. "That's a question I've been hearing every day here."

"Seventeen times a day," Dolan agrees. "And that's what a lot of the panels are about: How do I license my music, and how do I get it in commercials, trailers, movies, on the radio?"

And advertisers are able to use music to their advantage in an age where brands try to convince customers they aren't just buying a product but are aligned with the ideas or ideals behind a brand.

"I think what music does is gives you a shorthand for emotion," Hansa says. "If you don't want to talk, or have a commercial where it's just words, words, words, what songs can do is get you from Point A to Point B and connect with an audience quicker."

Sometimes when the music is right, you don't need words at all. Paoletta used to write for Billboard magazine before coming to Comma Music. He looks back to a song that broke through in this way over 10 years ago: "Days Go By" by Dirty Vegas. It was used in a Mitsubishi ad in 2002.

Dolan says once artists decide they're interested in getting their songs into advertisements, they still have some decisions ahead of them.

"A lot of them, their decision is really about the money," he says. "Sometimes it's the product. I've had a person say, 'Yes, I want to do that beer commercial' — and then the manager called and said, 'He can't, he's in AA!' It depends on their beliefs. Some people don't want to do pharmaceuticals. So it's money, it's exposure and it's the product."

There are a thousand different ways the music can be used, and this has made it a buyer's market for the advertisers. So how much can artists make from an ad?

"I think you're looking at low five figures to mid-five figures," Paoletta says.

And that's just to be placed in one ad — although, Paoletta says, that could include something like a license for 12 months, or one for television. And Dolan says that the terms of the deal have an impact.

But what about the bigger artists — maybe legendary artists who just want to stay relevant? Money factors into that, too. Dolan says she has done a $2 million license, and Paoletta says the team nearly did another recently for just over $1 million. (Dolan and Paoletta wouldn't say who the $2 million deal was for, only that it's "somebody we've all heard of" and "a song we all know.")

So what happens if a company does not have the $2 million, but wants to have the sound of a famous song or artist? The brand might ask for something than sounds similar — but Paoletta and Dolan say it's unlikely that will work.

Artists like Beach House, The Black Keys and Tom Waits have all sued over advertisement music that sounded suspiciously similar to their own. Dolan remembers one lawsuit in particular.

It was for a 1986 Mercury car commercial, and that lawsuit still hangs over the industry.

"I think that that's what people kind of go back to," Dolan says. "You can license a song and they'll say, 'OK — you can use the song, but when you rerecord it, you can use the melody but you can't sound anything like the original master.' We do that pretty often, but you can really get in trouble."

"Let's say you're the client and you want to license 'Let It Be' — and you can't get 'Let It Be,' " she says. "You come to me and say, 'Can you make it sound like 'Let It Be?' Well, hello, you already asked for it, they're going to be looking for this. Get a lawyer!"

And shifts in the music industry have affected the way artists license their songs, too. Dolan says that some artists will license a song, or write a jingle, but don't want anyone to find out.

"Some of them still feel like they're selling out," Dolan says. "It used to be nobody would do it — 'I'm selling out.' But that was when radio was big, and there were albums and there were CDs. Now you get one song. The whole music world is different. We have to change with the times, and these are the times."