Accessibility links
Pop Culture Happy Hour: SXSW And Life-Changing Songs On this week's show, we talk through the Austin experience and air some stories of songs that made big differences in our lives. 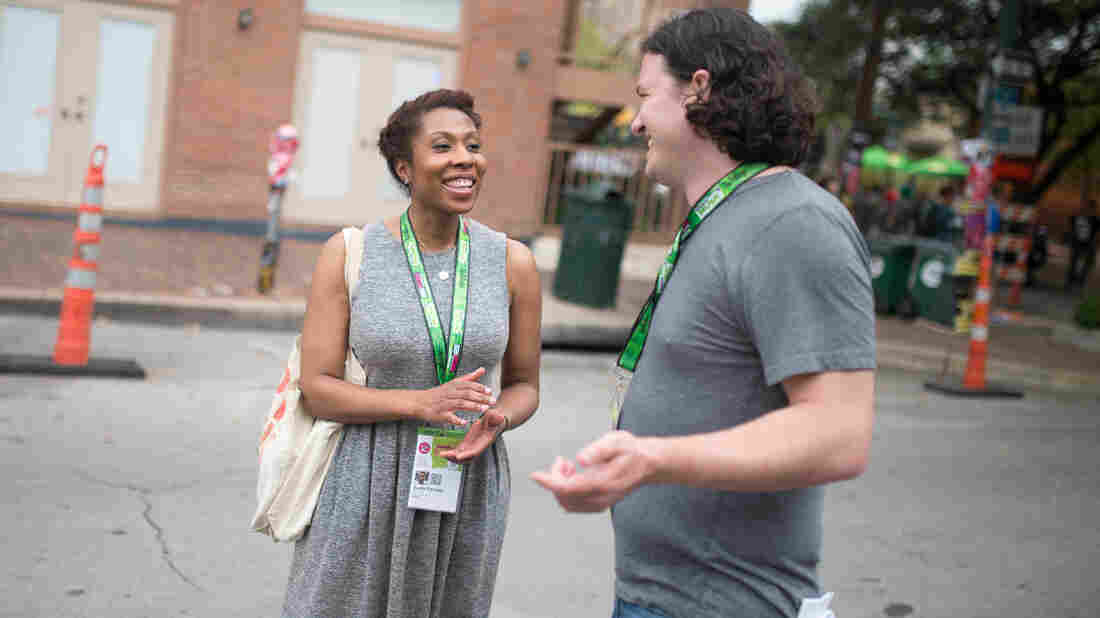 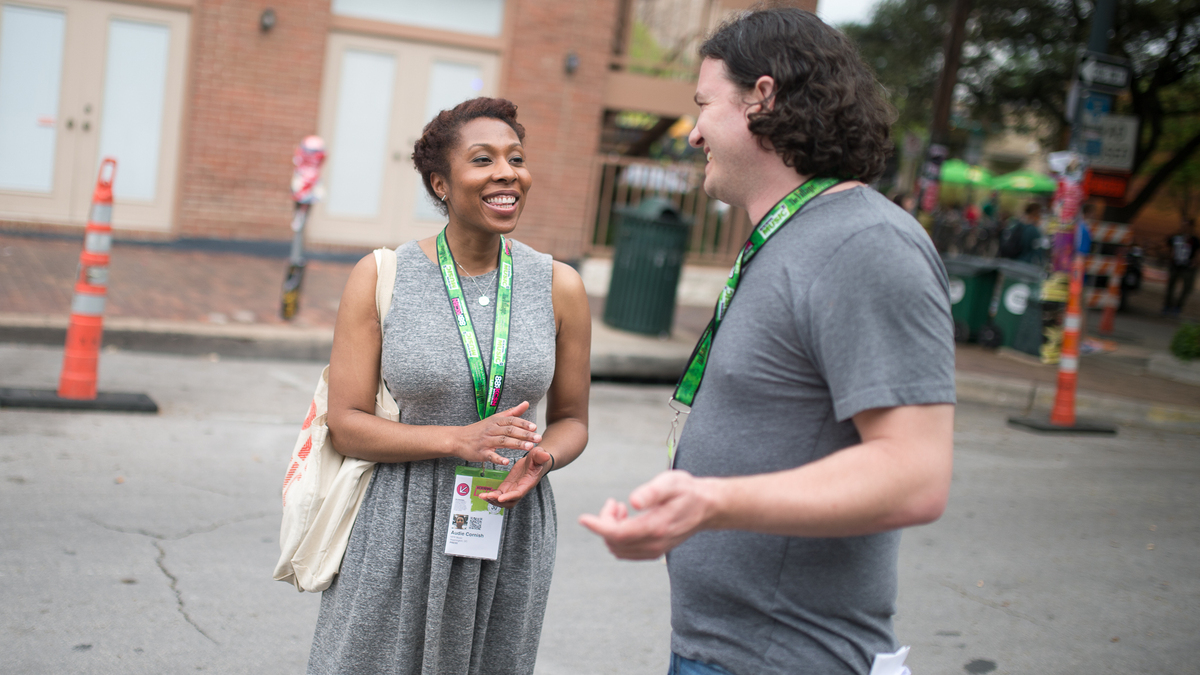 Every year at about this time, we reclaim our panelist Stephen Thompson from the overwork and burnout perils of South By Southwest and The Austin 100, and he once again becomes the rumpled, good-natured dad we love. But before we let that happen, we always try to capture a little bit of his music brain, and this year, he's joined by additional festival-goers Audie Cornish, who went to her very first SXSW (it was Stephen's 20th!), and NPR Music contributor Katie Presley. (If you haven't checked out Audie and Stephen's chat on All Things Considered — for which that photo up there was taken, you really should; it's great.)

You can get lots and lots of music coverage over at NPR Music (logically enough), but Stephen, Audie and Katie do play you some bands they found interesting: Golden Dawn Arkestra, The Struts, Lily & Madeleine, Charlie Belle, Kehlani, iRAWniQ ... lots of stuff.

More than that, though, all three of them talk about what it's like to attend as a new person, a veteran, or a displaced Texan headed back to experience it as a tourist for the first time. Audie dishes on the grind of putting on her best "youth uniform" to party with the kids all night, Katie tells a story of a consequential encounter in an unexpected location that led her to some good new music, and Stephen reflects on how "spring break for the music industry" is changed when it becomes "spring break for spring breakers."

In our second segment, we jump off from (or rip off, whatever) an idea a colleague of Stephen's has been exploring and talk about songs that changed our lives. Stephen chooses ... well, I'll let you experience what Stephen chooses for yourself. Audie chooses a classic, Katie chooses something with a story about her discovery of it, and I choose something that also has a personal tale attached.

(If you happen to be a Spotify person, I put together a playlist so you can hear a whole bunch of the music and artists we talked about this week. Some has explicit language.)

As always, we close the show with what's making us happy this week. Stephen is happy about some sweet late-night music, the upcoming return of a series he loves, and an album he didn't even know was coming. Audie is happy about enjoying a classic. Katie is happy about guest editing some great writing about music. And I am happy about a great interview, an upcoming event, and a good comedy record.