Accessibility links
Trump's Promise To 'Open Up' Libel Laws Unlikely To Be Kept Public figures face high bar to prove libel, and the GOP presidential candidate will have to overcome decades of precedent to overturn law 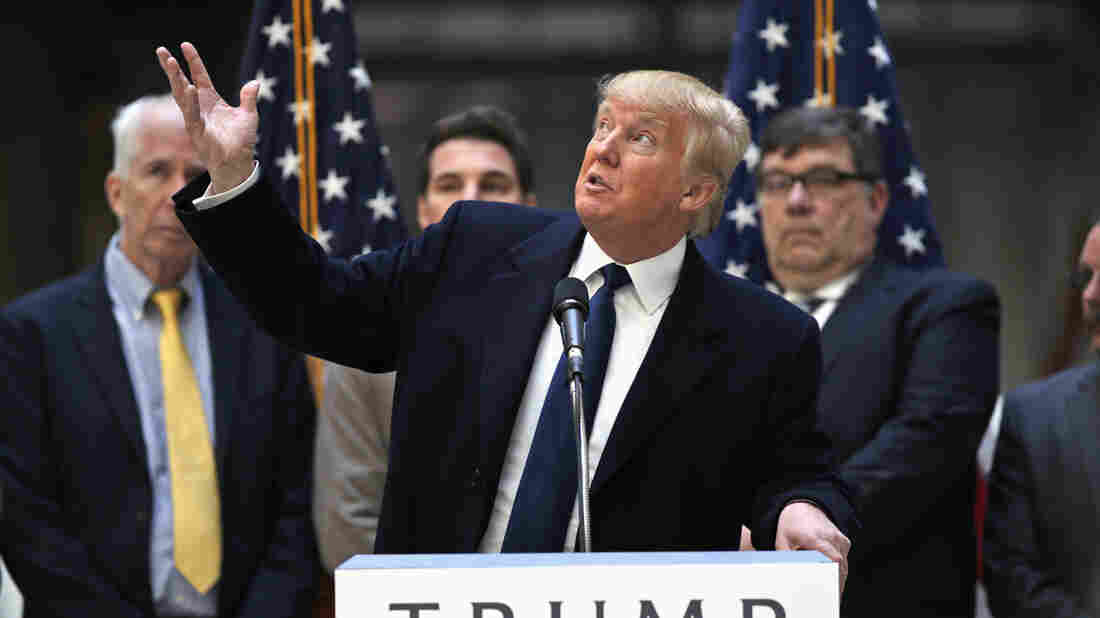 Donald Trump speaks during a campaign event in the atrium of the Old Post Office Pavilion in Washington, D.C. It is soon to be a Trump hotel. Alex Brandon/AP hide caption 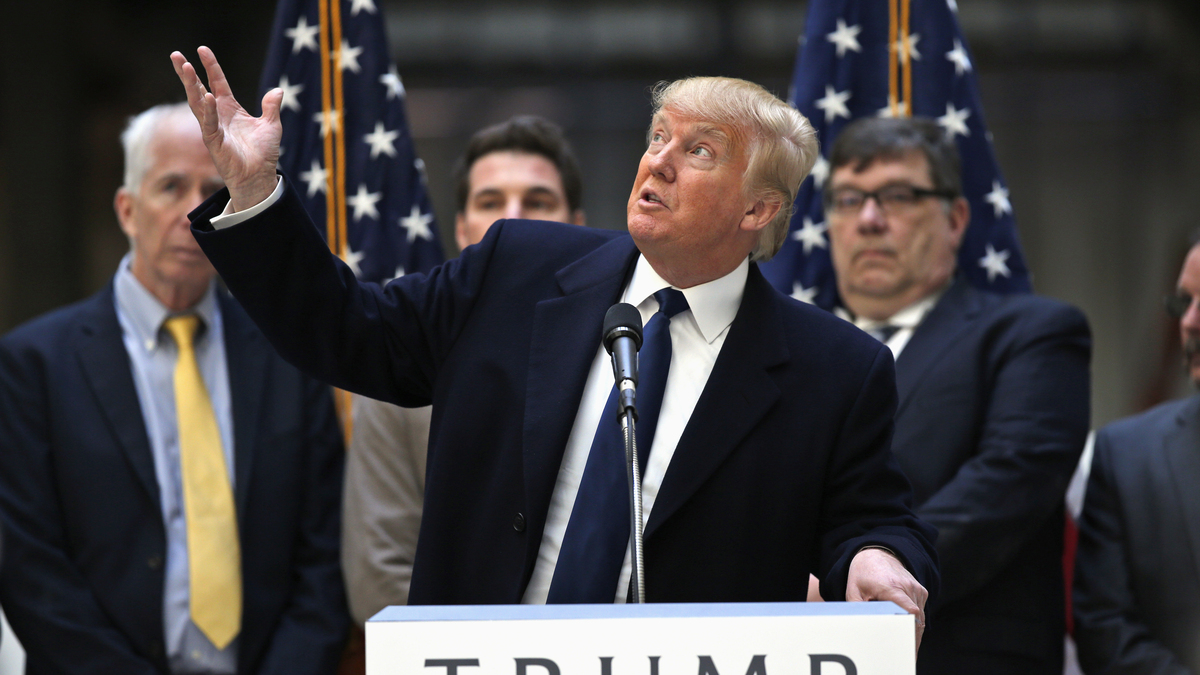 Donald Trump speaks during a campaign event in the atrium of the Old Post Office Pavilion in Washington, D.C. It is soon to be a Trump hotel.

Donald Trump has said on several occasions that he wants to, as he puts it, "open up" libel laws, so that he can sue news organizations he believes have written what he calls "hit pieces."

Libel laws now make it extremely difficult for public figures to sue for damages. Still, a President Trump would very likely have a hard time changing them.

When he appeared before the editorial board of the Washington Post this week, Trump was asked to explain what he wanted to do with the nation's libel laws. Trump told the Post, which put a recording of the meeting online, that if a paper gets a story wrong, it should issue a retraction.

"They should at least try to get it right," Trump said, "and if they don't do a retraction, they should have a form of a trial."

What we don't have in this country is a tradition of punitive actions trying to silence speech.

Trump said he didn't "want to impede free press, by the way; the last thing I would want to do is that."

Impotent, perhaps from the view of someone who feels maligned, but quite the opposite for journalists.

In 1964, the Supreme Court, in a case known as New York Times Co. v. Sullivan, unanimously ruled that a public figure has to prove an offending statement was made with "actual malice, that is with knowledge that it was false or with reckless disregard of whether it was false or not."

Bruce Sanford, a Washington, D.C.-based attorney, who specializes in media law, said public officials have a high bar to jump to prove libel.

"They have to prove, at the time of publication, the reporter, the newspaper, the broadcaster, knew they were making a mistake or were reckless in making that mistake," Sanford said. "That's a very tough standard, and most public officials don't have a prayer of proving that."

Sanford said libel law is very well settled, signed on to by liberal and conservative justices. He said to change it, a president would have to appoint justices to the Supreme Court who would be willing to overturn years of precedent.

Or, they could take a different approach. "If you don't like speech," he said, "the answer is not to censor that speech, or to try to silence it. What our traditions call for is more speech," meaning Trump or anyone else could take to Twitter (as he frequently does) or write an op-ed, or, well, make a speech.

Sanford added, "What we don't have in this country is a tradition of punitive actions trying to silence speech."

Not that Trump hasn't tried that tack. Just ask Timothy O'Brien. In 2005, he wrote Trump Nation, the Art of Being the Donald, which, among other things, raised questions about Trump's claims of vast wealth. Trump promptly sued O'Brien.

"I think it was and is the largest libel lawsuit in U.S. history," O'Brien said. "He sued me for $5 billion."

That's billion with a B. It was, O'Brien said, "substantially higher than the advance I got for the book."

The lawsuit was eventually dismissed, as was an appeal Trump filed. So, too, was a 1985 libel suit Trump filed against the Chicago Tribune and its architecture critic, who had criticized plans for a 150-story tower Trump had proposed building in Lower Manhattan.

O'Brien, now executive editor with Bloomberg View and Bloomberg Gadfly, said he was fortunate in that his publishers paid his legal bills. That might not always be the case.

"I think fewer and fewer news organizations have the resources to aggressively mount defenses against well-heeled plaintiffs who are willing to spend a lot of money to simply make a point," O'Brien said.

And a similar libel suit, or threat of one against a writer or a reporter at a small media outlet, might have a chilling effect, even if the law is on his side.