Accessibility links
Refugees Rescue German Politician, But The Rhetoric Stays The Same A local leader of Germany's far-right NPD party, which has campaigned for closed borders, crashed his car. NPR's Scott Simon reflects on the irony of what happened next: refugees stopped and helped. 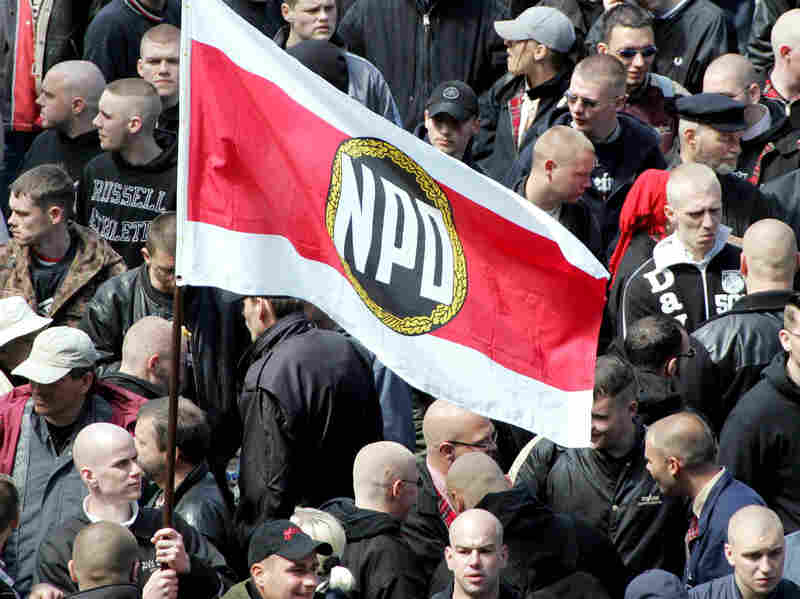 In this May 8, 2005 photo, supporters of the far right party NPD gather at Berlin's Alexanderplatz square. Martin Meissner/AP hide caption 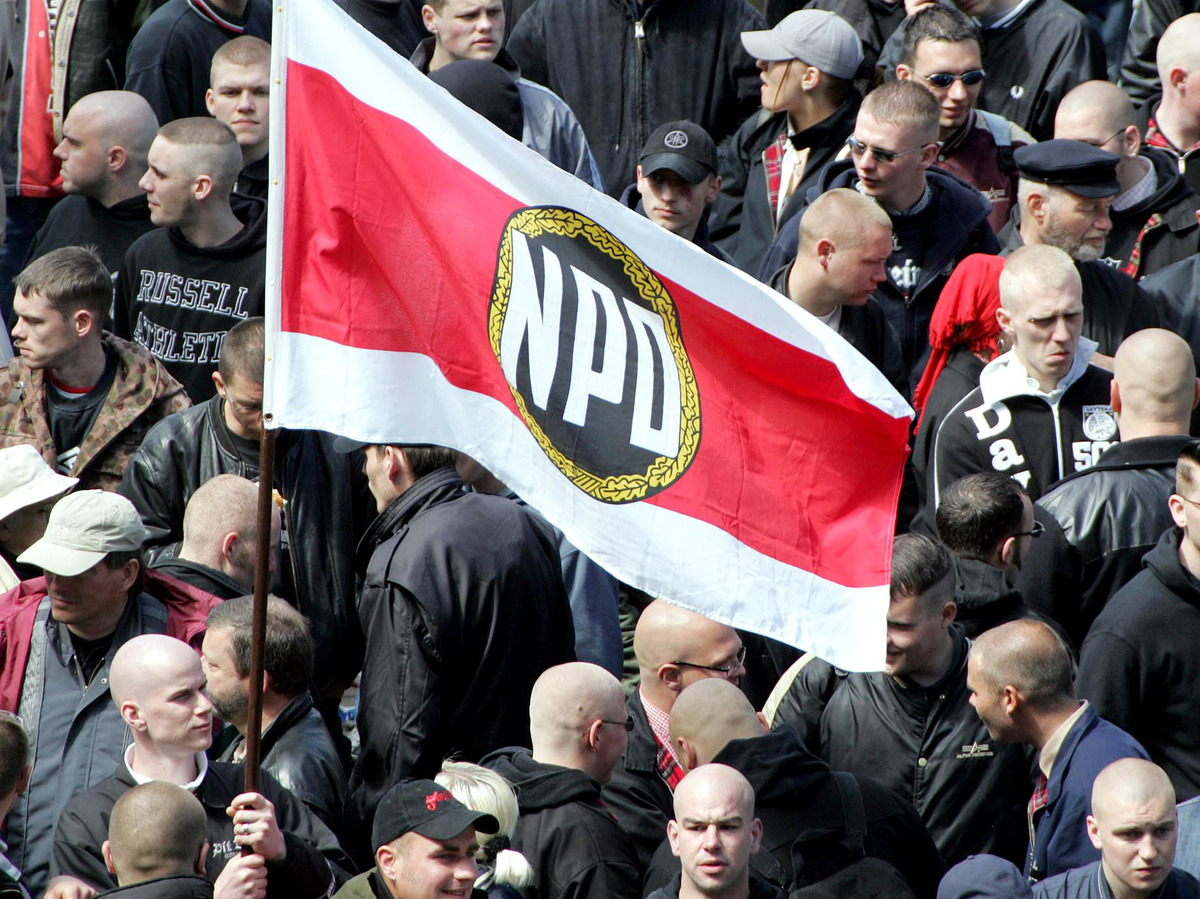 In this May 8, 2005 photo, supporters of the far right party NPD gather at Berlin's Alexanderplatz square.

There are some weeks in which there is so much news about death, loss, and cruelty that you are happy to find a story that can remind you in unexpected ways about life and kindness.

Stefan Jagsch, who is a local leader of Germany's far-right NPD party, is reported to be recovering after a car crash near Büdingen.

The NPD won a little over 10 percent of the vote in that municipality in state elections this month. The party has campaigned against opening Germany to the more than a million people who have sought asylum in the country, mostly from Syria, Iraq, and Afghanistan.

Stefan Jagsch took part in a neo-Nazi march in January, where immigrants were assailed as "benefit-scrounging tourists," "invaders," and "lawless primates." Chancellor Angela Merkel has called the NPD "anti-democratic, xenophobic, ant-Semitic, and anti-constitutional."

Earlier this month, Stefan Jagsch was driving when he lost control of his car and crashed into a tree.

The local fire brigade says that passengers in a mini-bus driving along the road saw his crumpled automobile and stopped. Two people got out of the bus and pulled Stefan Jagsch from the wreckage of his car; they began to give him emergency first aid. An ambulance arrived, and the two men assured emergency workers that the man they had rescued from a smoldering wreck had been wearing his seat belt in the car. The ambulance then took Stefan Jagsch to the hospital.

Who were the strangers who stopped to help a man they didn't know?

According to press reports, the people in the van were Syrian refugees. They left before police could arrive, perhaps because they did not want to tell authorities who they were, or how they had gotten into Germany.

This is a nice, even inspiring story, but it doesn't have storybook ending.

The head of the local NPD called the rescue of his party's candidate, "apparently a very good, humane act." But he didn't indicate that their humane act had changed his party's view of refugees as "lawless primates."

Stefan Jagsch insisted this week on his Facebook page that he was unconscious when he was saved. He gave thanks to "all the people who were on the spot to help me," but didn't mention who they were, much less suggest that their kindness caused him to question his feelings about refugees. His post appears to have been taken down.

It is hard for politicians to ever change the views that get them a following. But perhaps a few more citizens may hear the story and see people they had dismissed with a few hateful phrases as people who would help them, too.