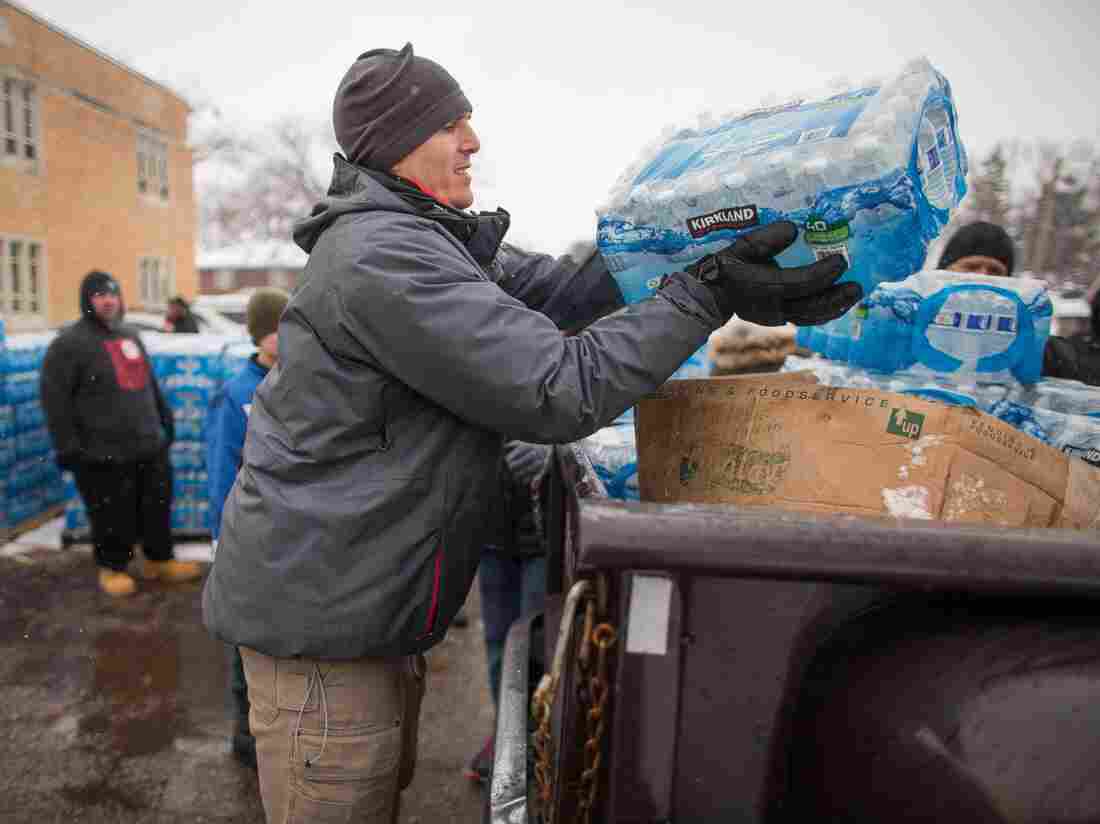 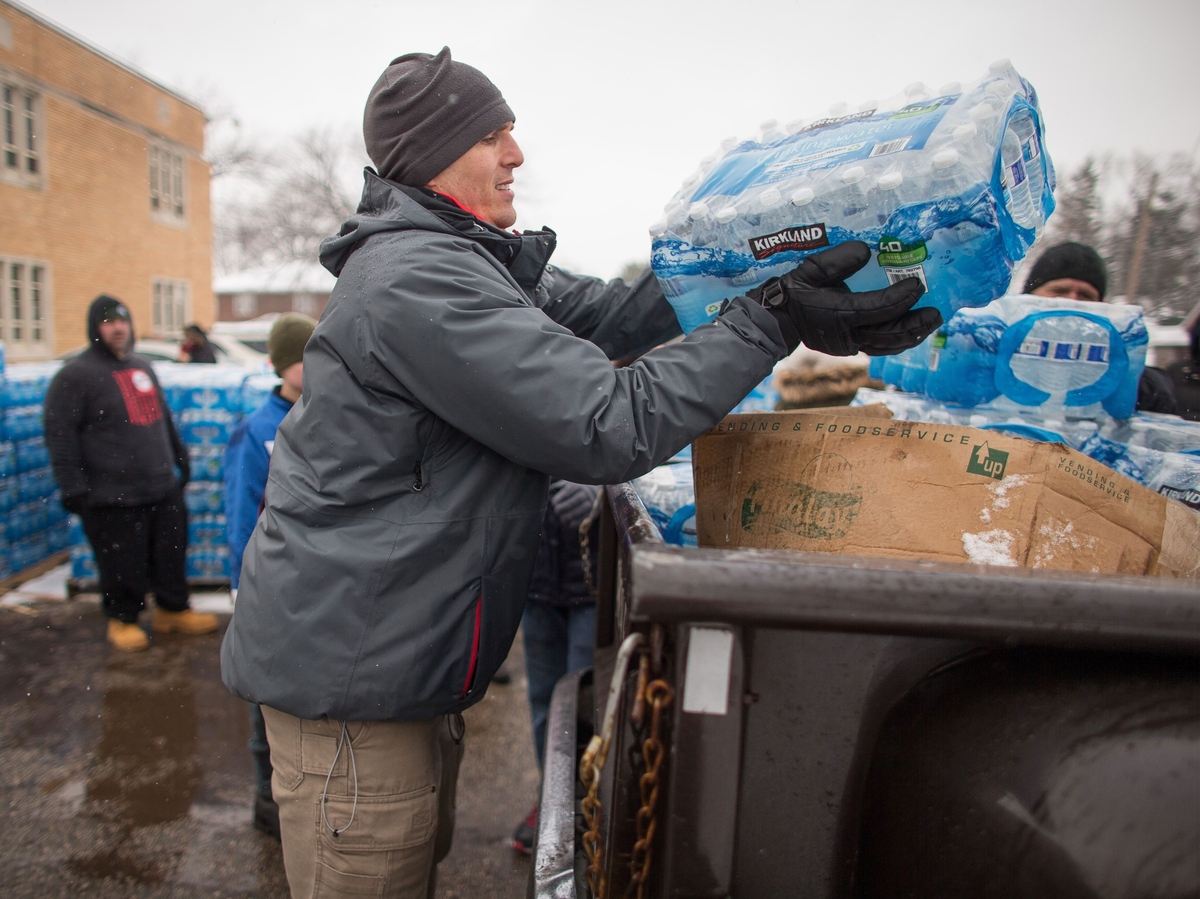 Volunteers load cases of free water into waiting vehicles at a water distribution centre at Salem Lutheran Church in Flint, Michigan, on March 5, 2016.

People in Flint are still lining up for bottled water. Two years ago, the city switched its drinking water source to the Flint River. But the water wasn't properly treated, damaging city pipes, which have been leaching lead into the drinking water ever since.

Now Michigan Gov. Rick Snyder says he has a plan.

On Monday, he released a 75 point-plan to target short-term, intermediate-term and long-term needs in Flint.

"I want to solve the problem in Flint. So that's my focal point," Gov. Snyder said. "Glad to get 75 points out there that we're going to work on putting in place."

Some of the short-term items in the governor's plan are already underway. But many others are unfunded or lack specifics.

And in Flint, some residents are frustrated that the plan doesn't call for immediately removing all lead service lines.

"Is it the best effort he can make? No. I think some terms are very vague and it's going to be a long road before we get to them," Nelson said. "Time at this junction is not on our side because we need to start digging up and remove all lead-lined service lines." 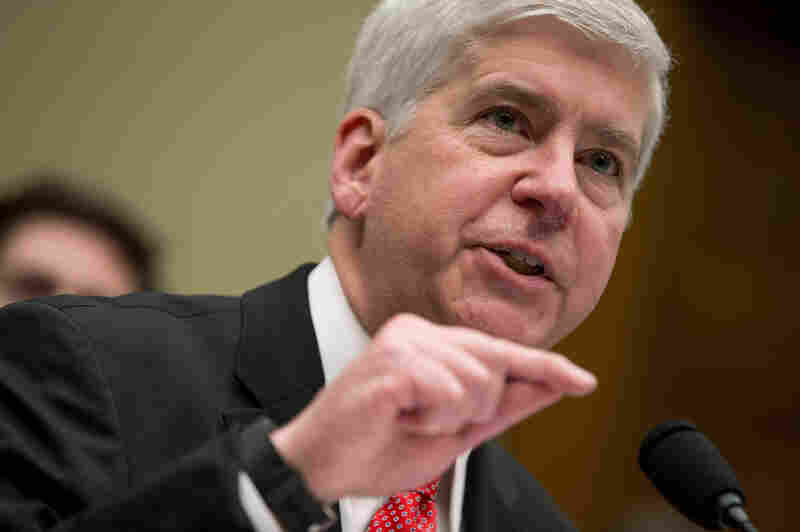 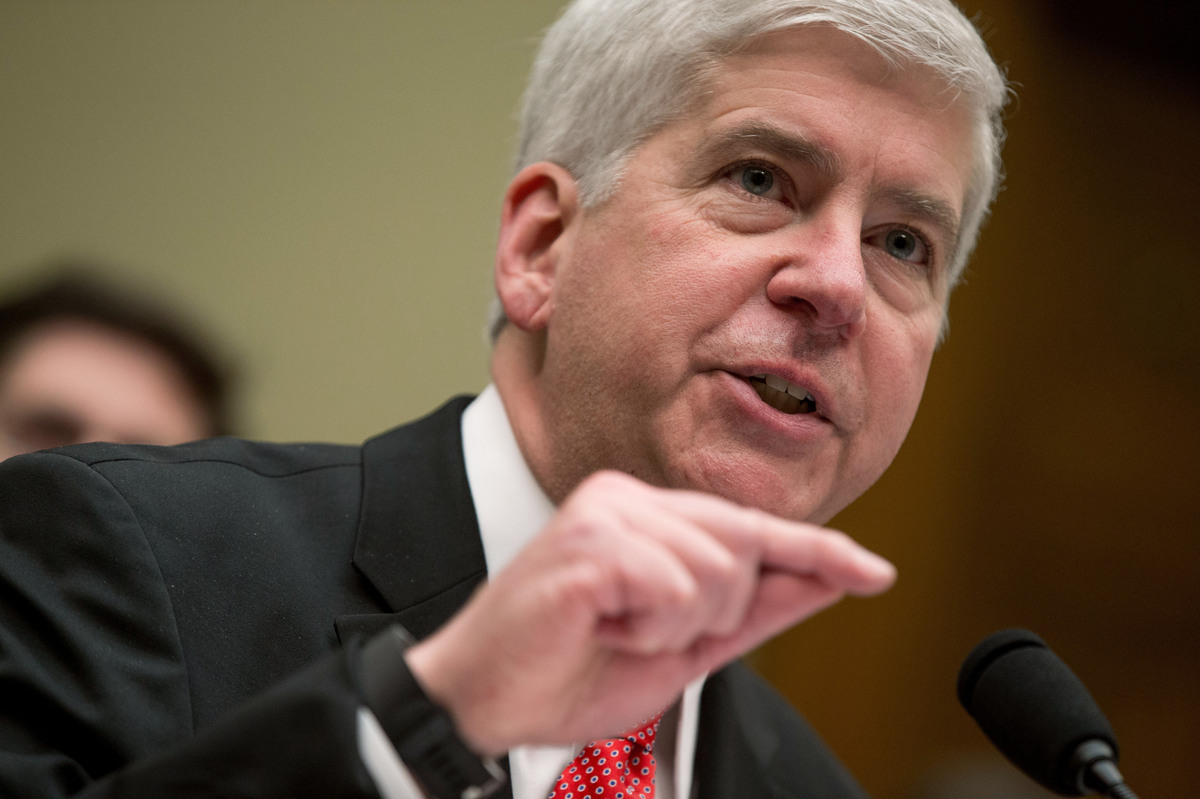 In fact, Flint has started digging up the suspect lead service lines, but only about a dozen of the estimated 8,000 lead lines have been replaced so far.

Just as the governor started promoting his 75-point plan to fix Flint, his office received a rebuke from a task force he appointed to examine the city's water crisis.

On Wednesday, the task force primarily blamed state government, including the governor's office for Flint's water crisis in a final public report released that morning.

"I've been asked several times, 'What caused this?' " said the task force's Co-Chair Chris Kolb. "It was a mixture of ignorance, incompetence and arrogance by many decision makers that created a toxic and tragic situation that produced the Flint water crisis."

Flint Residents Tired Of Talk And Tests, Eager For Solution

Singled out for criticism is Michigan's emergency manager law.

The task force says Michigan's emergency manager law needs to be changed to allow for more "checks and balances."

Task force Co-Chair Ken Sikkema says it's part of a broader need for a cultural change in state government.

"One recommendation we made for the governor is to create a culture in state government where you don't treat outside opinion as a threat," Sikkema says. "You use it as a way to reassess the official government position. That change has to occur throughout state government."

Gov. Snyder listened uneasily as the task force delivered its report. He said the state is already implementing some of its recommendations, some of which are mirrored in his 75-point plan.

But as all this occurs, Flint residents still want to know when they can again safely drink unfiltered water from their faucets.