Accessibility links
George R.R. Martin Helps Santa Fe's Meow Wolf Paint The City Strange The art market is booming in Santa Fe, N.M., but the highbrow scene leaves some artists feeling out of place. So, one collective made a space of their own — with a big boost from the fantasy author.

When you step into the House of Eternal Return, it feels a bit like walking into your family home — and finding yourself lost in a PeeWee's Playhouse on steroids. Or amphetamines. Or better yet, some undiscovered alien narcotic.

Set up in the industrial district of Santa Fe, N.M., the new permanent art exhibition is a far cry from the fine arts galleries and museums for which Santa Fe is known. Think of it instead as a kind of art amusement park, built by an arts collective called Meow Wolf and largely funded by a surprising benefactor: George R.R. Martin.

But before we get ahead of ourselves, let's start with the tour: When I arrive around 10 the night before the exhibition opens, dozens of Meow Wolf's 135 artists are scrambling to put the finishing touches on their meticulously crafted installations.

One of those installations, a two-story Victorian house built from scratch, marks the entrance to the exhibition. All around it are uncanny reminders of the Seligs — the fictional family ostensibly lived here. I'm told the family has curiously disappeared after a break in the space-time continuum, and like all visitors, I'm set loose by the artists to explore the interdimensional mystery.

"It's not art that you stand back from and look at," says Chadney Everett, the painter and former film prop-maker who designed the house. "It's art that you interact with and you experience in a very visceral way." 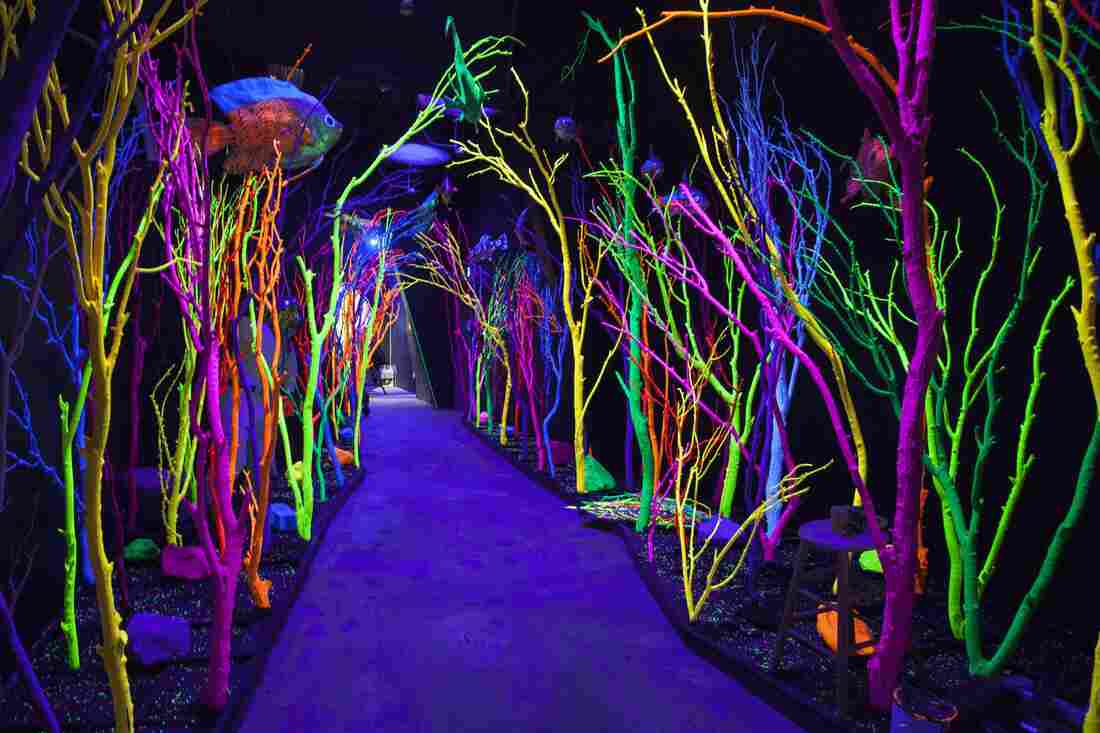 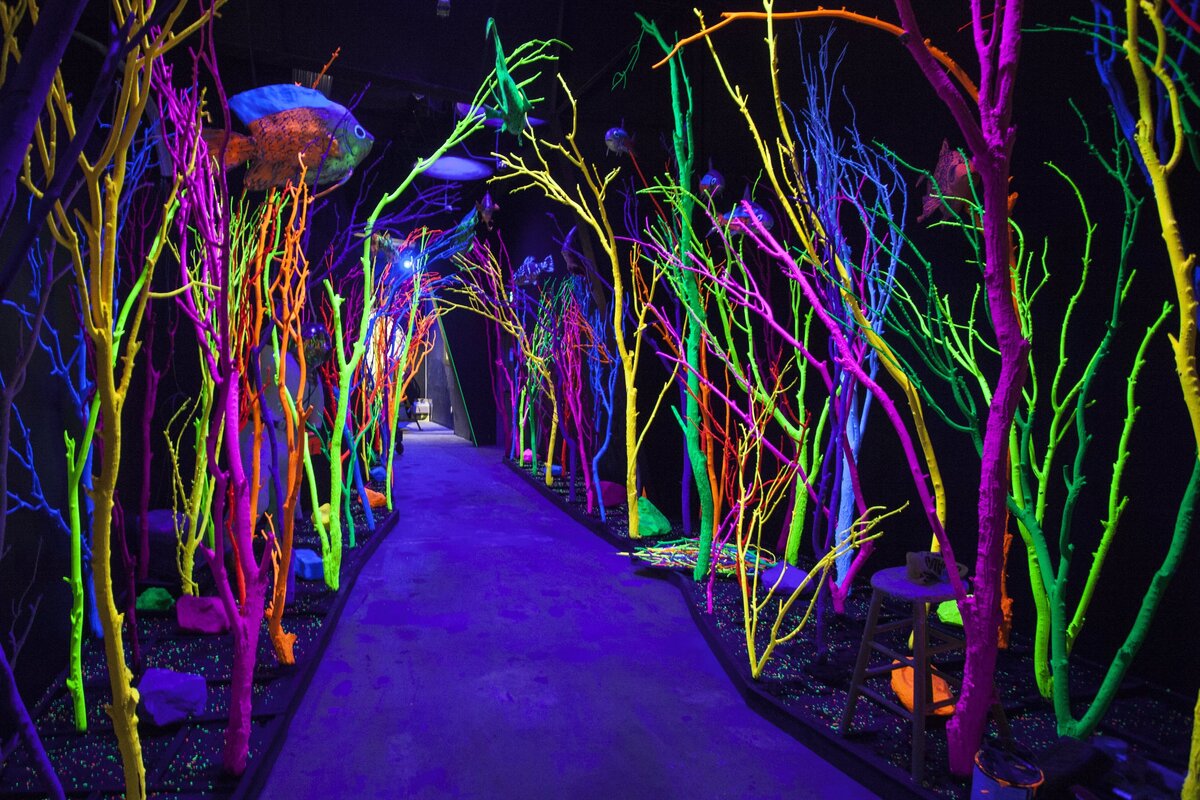 The Aquarium, by Matt King — with fish sculpted by Sarah Bradley.

Like most of the people I meet here, he's got a cultlike dedication to Meow Wolf's vision of immersive, interactive art — and to making it accessible to everyone. Despite suffering from a herniated disk, he's been putting in 14 hours a day to finish.

"It's been really hard, but it's so worth it. We're gonna be open in a couple days, and then I'll rest and fix my spine," he laughs.

I opt to crawl through the family fireplace into a series of prehistoric caves, with a glowing, 12-foot mastodon skeleton at their center. Sculptor Matt Crimmins turned its rib cage into a radiant makeshift marimba.

"We're still trying to work out the kinks, but it's getting there," he says.

The same could be said of Meow Wolf as a whole. Founding member Vince Kadlubek explains that when the collective started eight years ago, it was just a small band of creative 20-somethings who felt out of place in Santa Fe's high-brow art establishment.

"We kind of always felt like we were on the outside looking in."

So, they started their own DIY venue in a defunct barbershop. As the collective grew in size and popularity, Kadlubek says, their immersive shows grew more elaborate.

But they still didn't have a large space of their own.

"We all knew that it could work, but we just didn't have the heavy hitter," Kadlubek says. "We needed somebody to take a risk on us."

We needed somebody to take a risk on us.

That's where George R.R. Martin comes in. The mastermind behind A Song of Ice and Fire — the massively popular book series that spawned the massively popular Game of Thrones TV series — has become something of a latter-day Medici in his adopted hometown of Santa Fe. He has already reopened an old art house movie theater and converted a vacant high school into artist studios.

Martin didn't plan on buying an old bowling alley — but when Meow Wolf showed him the space and told him what they planned to do with it, he couldn't resist.

"They explained this vision of a Victorian house, unmoored in time and space with a haunted forest and a magical cave system, and portals to other worlds," Martin says. "And of course, it pushed all my buttons. I love that kind of stuff."

Martin bought and leased the place to Meow Wolf for 10 years, and spent an additional $2.5 million in renovations. That was enough to help Meow Wolf raise more money from investors to build their art complex, which includes a nonprofit education center for children and a makerspace, offering artists training and access to expensive equipment. 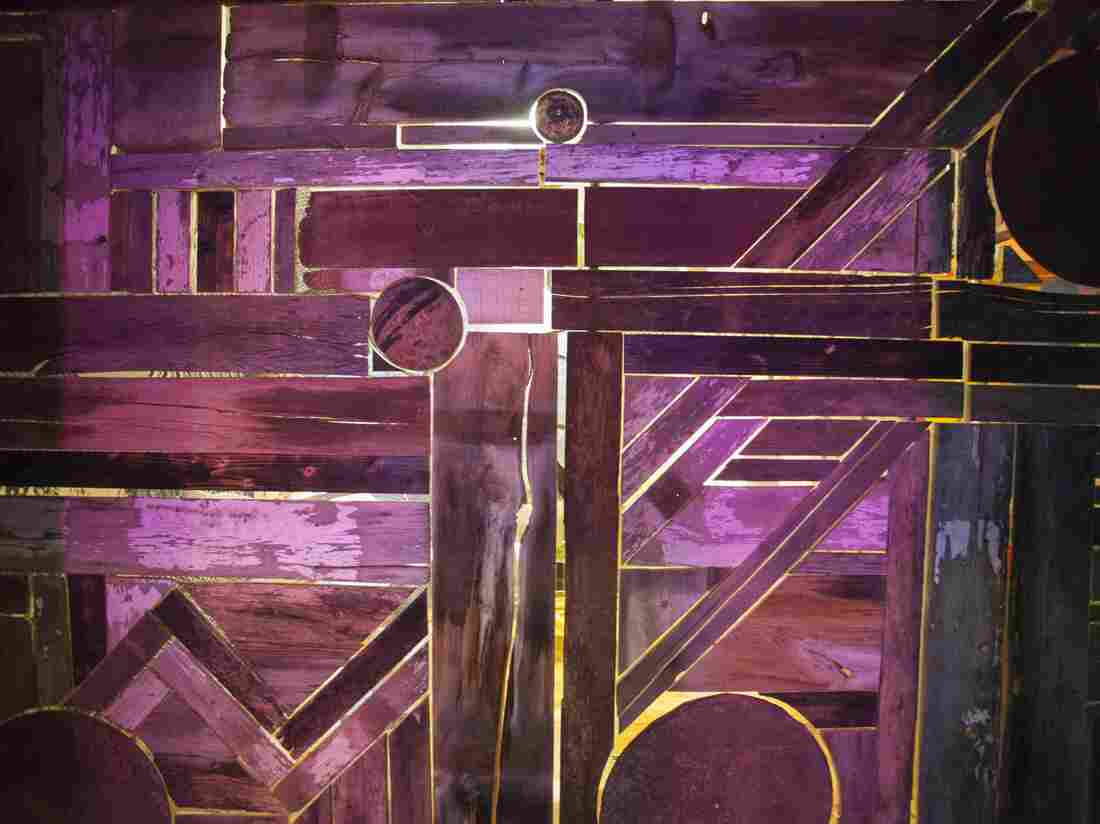 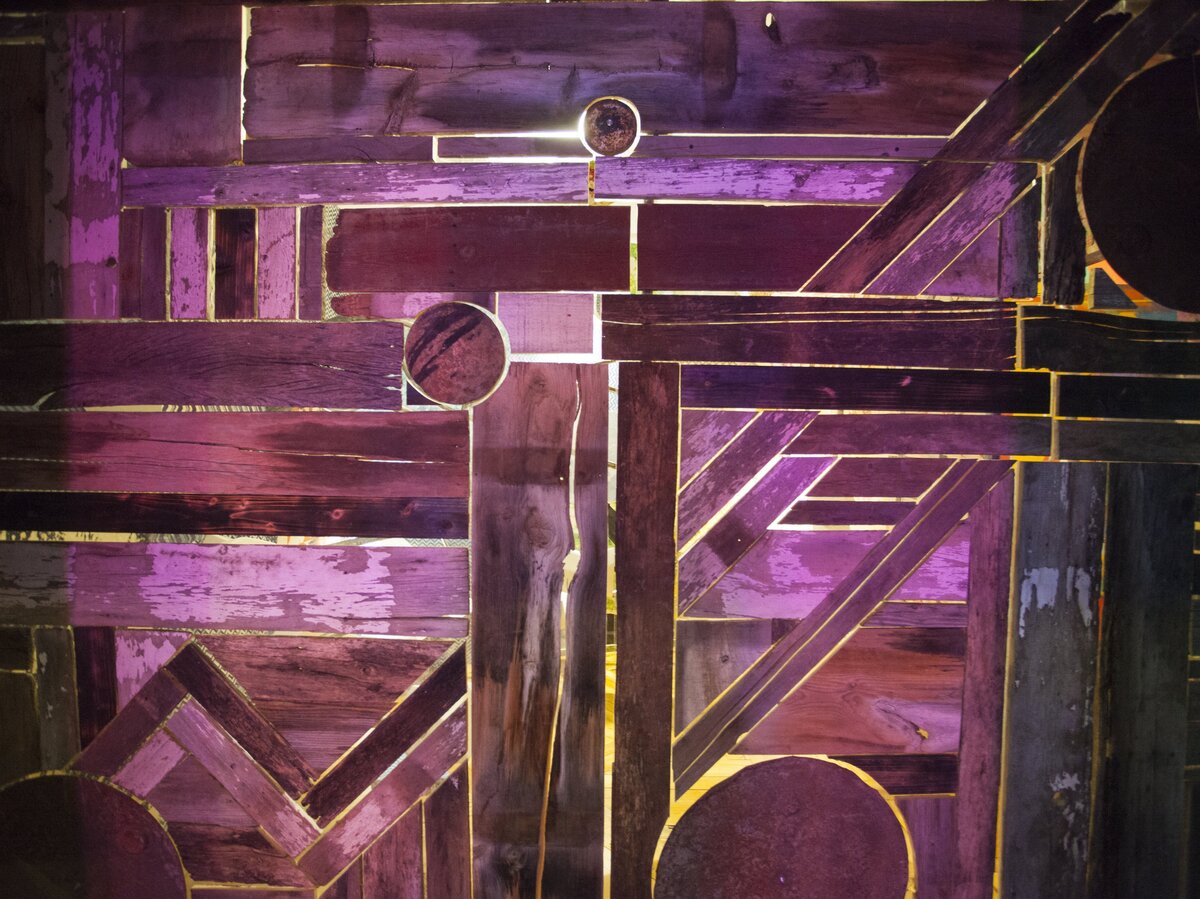 In the process, Meow Wolf has gone from DIY collective to a for-profit company. Now, in addition to solving problems like how to cut a bus in half or rig animatronic eyeballs to follow passersby, Meow Wolf must focus on ticket sales, too. The group's future depends on its ability to bring in enough new and repeat visitors to sustain and grow the business.

"You've got these large institutions, museums and universities, you've got your commercial galleries, and then you have the experimental spaces. And they're all hopefully informing one another," she says.

With investors and city officials and one internationally famous fantasy author backing them, Meow Wolf is playing in a different league than it did in in its early days.

Perhaps for that reason, when I leave the House of Eternal Return — as I'd expect of any art establishment worth its salt — I exit through the gift shop.