Accessibility links
Interview: Adam Hochschild, Author Of 'Spain In Our Hearts' According to Adam Hochschild, about 2,800 Americans fought in the Spanish Civil War, and some were bombed by Nazis years before the U.S. entered World War II. His new book is Spain in Our Hearts. 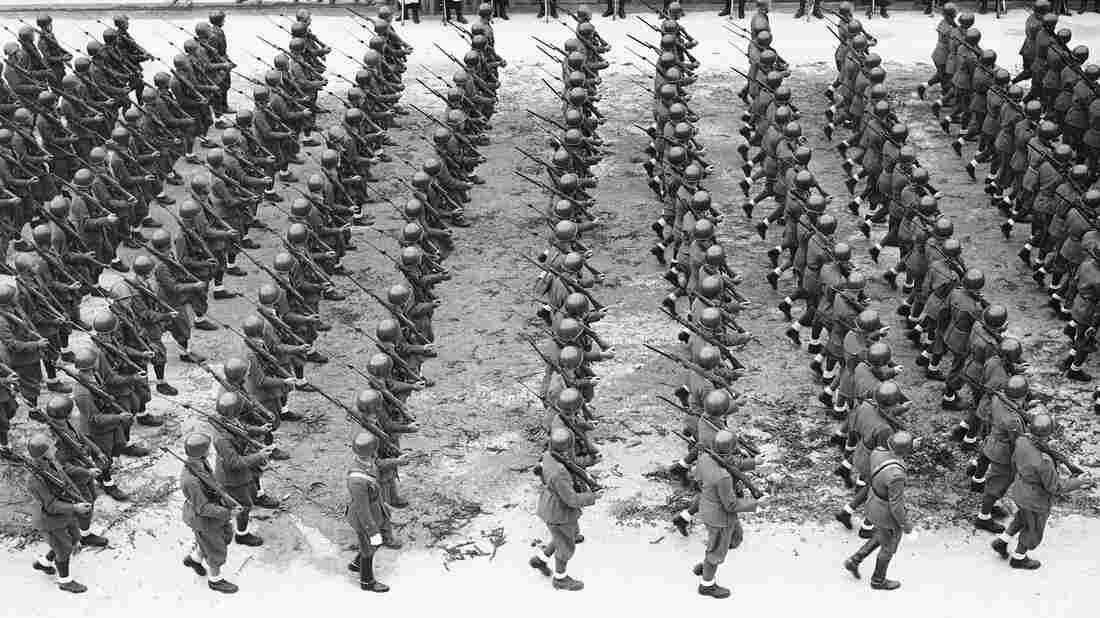 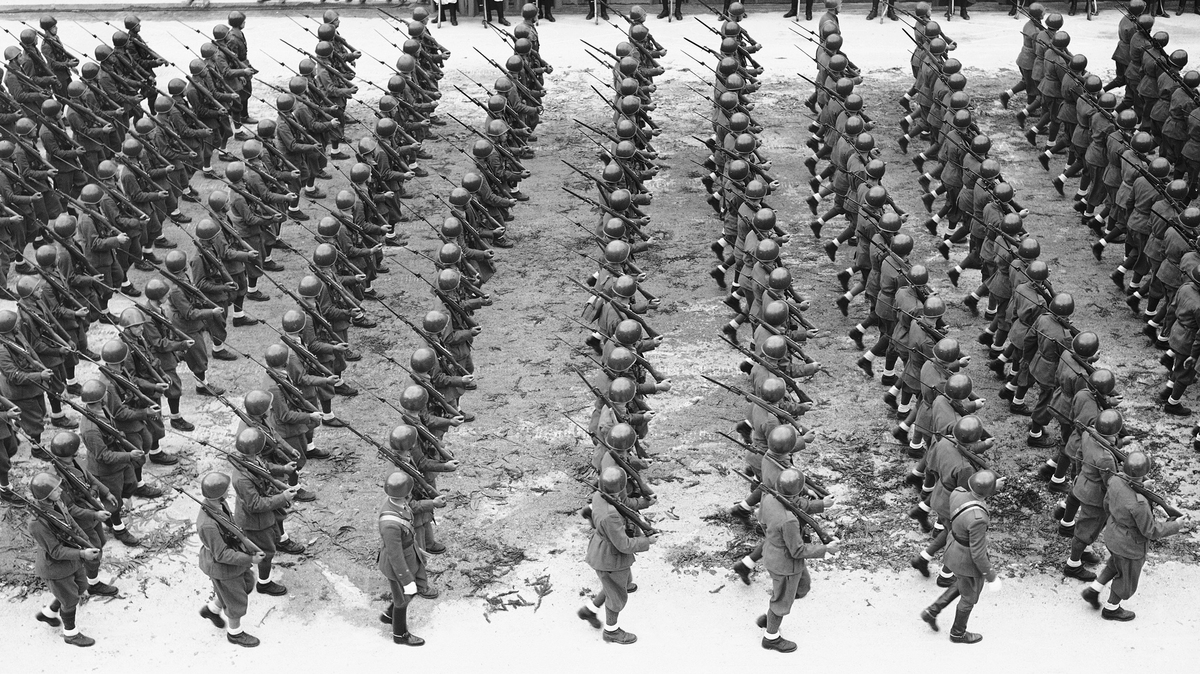 Nearly 80 years ago, about 2,800 Americans volunteered to fight in the Spanish Civil War. The war began in July 1936, when Gen. Francisco Franco led a fascist military coup against the the country's newly elected democratic government. It lasted until Franco's victory in 1939.

Journalist Adam Hochschild tells Fresh Air's Terry Gross that "it was by far the largest number of Americans before or since who've ever joined somebody else's civil war."

Hochschild chronicles Americans' involvement in the war in his new book, Spain in Our Hearts. He says that the majority of Americans in Spain (including writer Ernest Hemingway, who reported on the conflict) were sympathetic to the Republican forces who fought against Franco's Nationalists.

"I think they were primarily people who were deeply alarmed by the menace of fascism," Hochschild says. "People at the time really saw fascism not just as evil but as an aggressive evil that seemed to be spreading. ... By 1936, [Adolf] Hitler was already talking very loudly about his desire to expand to the east. [Italian dictator Benito] Mussolini, in 1935, ... [invaded] Ethiopia, acquiring himself a colony."

But Hochschild points out that not all Americans opposed Franco's regime. For instance, Torkild Rieber, CEO of Texaco, helped Franco by providing his military with a steady and guaranteed supply of oil.

"[Rieber] violated American law in a couple of ways," Hochschild says. "U.S. neutrality legislation was pretty strict and said that if you were selling anything to a country at war the oil couldn't travel on American ships, but he shipped it on Texaco tankers." 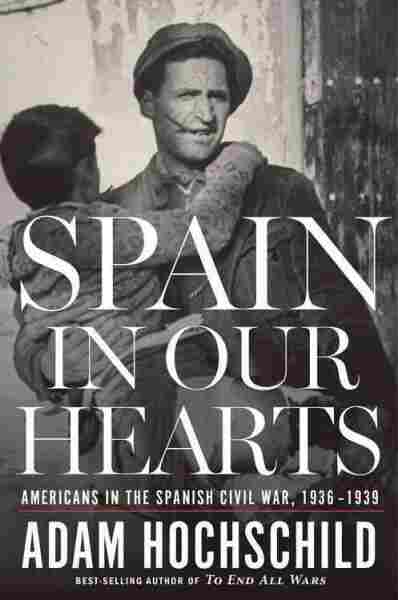 Spain in Our Hearts

"I think in many ways it was the first battle of World War II," Hochschild says. "After all, where else in the world at this point did you have Americans in uniform who were being bombed by Nazi planes four years before the U.S. entered World War II?"

On the conflict at the root of the Spanish Civil War

Up until 1931, Spain had had hundreds of years of almost uninterrupted monarchy, mixed with a period of military dictatorship at the end. Then in 1931, the king fled, statues toppled and the country essentially became a democracy holding national elections.

In 1936, the election that year put in power a coalition of left and liberal parties which promised to do much more in the way of land reform [and] secularizing education — previously, education had all been in the hands of the Catholic Church.

This coalition won the elections and this was too much for Francisco Franco and a large group of right-wing army officers, who rose up in revolt in July of 1936. They wanted to restore the Spain of old, [a] Spain where the dominant institutions were the large estates in the countryside. No more of this nonsense of land reform; there would be no trappings of democracy, no free trade union. The army would reign supreme. It would be a military dictatorship, and education would be handed back to the Catholic Church. ... It was a pretty stark difference between what two kinds of Spain these two sides wanted.

On why the Republicans lost the war

I think the Republicans lost the civil war because the other side was being heavily armed and supplied by Hitler and Mussolini. And the Republicans could not get any of the major democracies — the United States, Britain or France — to sell them arms because in all three of those countries there was a very strong feeling: We don't want to get drawn into another European war. And smaller countries followed the lead of the big ones. So the [Republicans were] desperate to buy arms abroad ... but they were not able to use this to buy American, French or British arms. I think that's the real reason why they lost the war.

Before the war, Texaco had been the principle oil supplier to the government of Spain. The moment the war began, Rieber signaled that he would cut off oil supplies to the Spanish Republic, the democratic side, and would sell oil to Franco's Nationalists. He not only did that, but he gave them the oil at a big discount, which as far as we can tell he never told Texaco shareholders or even his board of directors about. ... 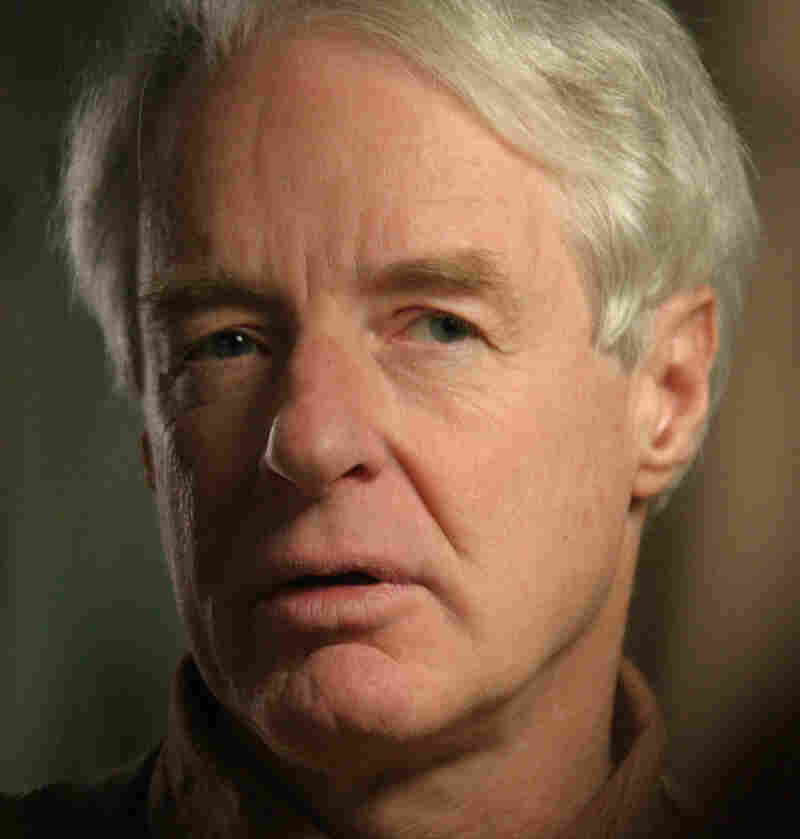 Adam Hochschild is a cofounder of Mother Jones. His previous books include To End All Wars and King Leopold's Ghost. Courtesy of Houghton Mifflin Harcourt hide caption

U.S. law also said you could not sell things on credit to a country at war, and Rieber gave the Nationalists very, very generous terms of credit. He did something else as well. Texaco, being a major oil company, had offices, installations, agents, tank farms in ports all over the world, and he sent out orders to them saying, "Send us, as soon as possible, any information you acquire about oil tankers heading for the Spanish Republic." This information was passed on to the Nationalists to help submarine captains and bomber pilots look for targets. Twenty-nine oil tankers heading for the Spanish Republic were destroyed, damaged, or captured during the war, and in at least one or two cases, we can specifically tie it to information supplied by Texaco. So the United States might be neutral, but Texaco had gone to war. ...

Modern armies run on oil. It's estimated that 60 percent of the oil going to both sides in Spain went to their respective militaries. Airplanes run on aviation gasoline; tanks and trucks run on diesel fuel; other kinds of transport run on plane gasoline. And without a steady and guaranteed supply of this, Franco's army would've been stuck. So this supply of oil from Texaco was really crucial. ...

This oil was fueling German planes, flown by German pilots that were doing the bombing of Madrid, Barcelona, Guernica and other cities.

On the shortcomings of Ernest Hemingway's war reporting

I think his novel For Whom the Bell Tolls is a fine novel. I think his wartime journalism is somewhat overrated. He was writing for the North American Newspaper Alliance, which was a consortium of 50 large newspapers, and he was such an enthusiast for the Republican cause in Spain that he was often predicting victory when in fact victory was not going to happen. He did like to get close to the action, close to the front.

But I decided actually that the best journalist in Spain is somebody who is very little known — a woman named Virginia Cowles who [was] 26 years old when she arrived in Spain. [She had] never been to college, and if you read the book that she wrote about it afterwards, called Looking for Trouble, it's still a fine read today, whereas most of the other memoirs of journalists who were there have a very musty feel. What makes her reporting so good, I think, is she's one of the very few people who reported from both sides in the war.

Education was given back to the Catholic Church, where it was separate education for boys and girls. Girls' education was very heavy on religion and sewing, and the Nationalists believed that co-education was a communist plot of some sort. The laws regarding women were very strict. They couldn't vote — actually, nobody could vote because there were simply no elections — but a husband had the right to kill his wife if he caught her in the act of committing adultery. A woman needed her husband's permission to travel out of town, to open a bank account, to do various things like that. It was very, very retrograde. There were also all sorts of rules about modesty and dress, no pants for women, and so on.

The regime that Franco established favored these large land owners who had been his basic backers from the beginning. And he had tens of thousands of Republican prisoners and he put many of them to work building irrigation canals that would benefit the large land owners, and giant memorials to the Nationalist dead of the war. It was a pretty grim police state for 36 years. Torture was routine, right up to the very end.