Accessibility links
#BernieMadeMeWhite: No, Bernie Sanders Isn't Just Winning With White People The hashtag trended for hours Sunday. It was led by people of color who support the Vermont senator's presidential bid. 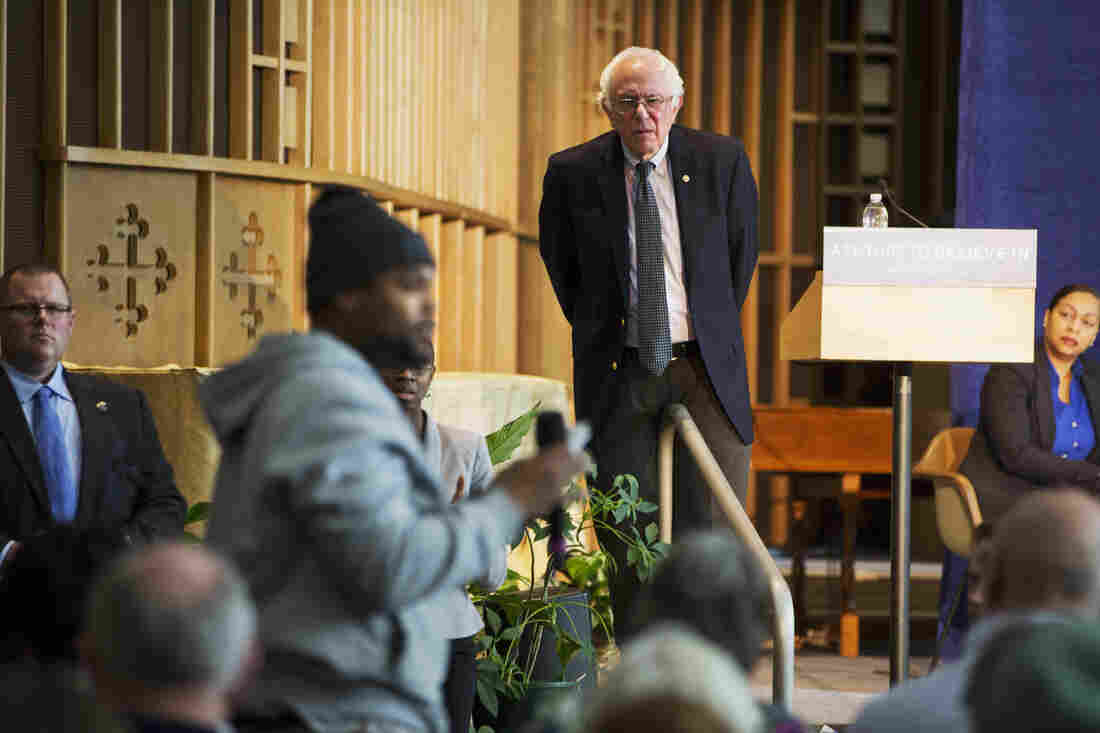 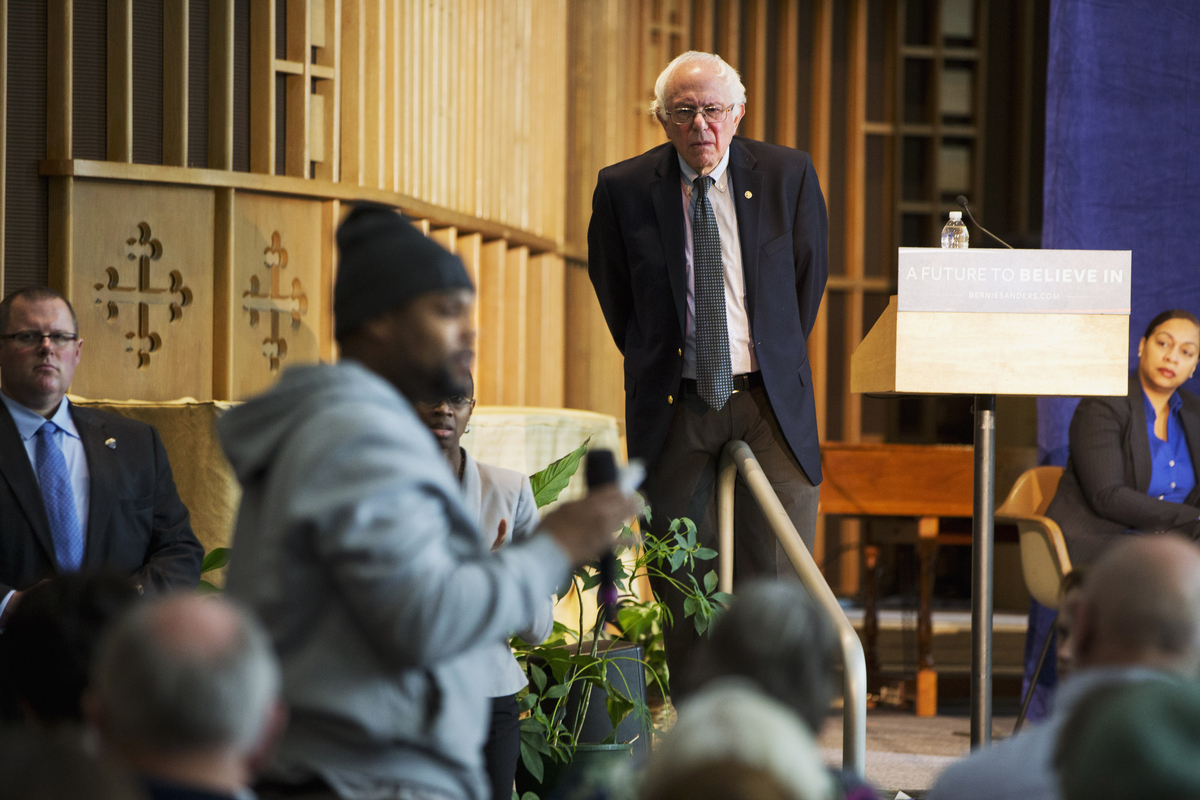 On Sunday, after Bernie Sanders' commanding wins in the Alaska, Hawaii and Washington state Democratic presidential caucuses, Leslie Lee III, an American freelance writer living in Japan, tweeted, "I knew it. I knew if Bernie won Hawaii it would magically become a white state."

And then he tweeted again: "Ever since I voted for Bernie, I've been bingewatching Friends. #BernieMadeMeWhite."

Lee said he wrote that to contradict a narrative he sees playing out in the race for the Democratic nomination.

"There's always been these articles about how Bernie supporters are basically only white people," Lee told NPR.

He continued, "Me, myself, and many other POC, people of color, who support Bernie Sanders, feel like we don't get to be a part of the conversation. We get ignored. We get erased. It's assumed that the black vote, the Hispanic vote, and everyone is all behind Hillary Clinton and none of us really get Bernie Sanders or like Bernie Sanders."

So he decided to have fun with it. "Hey, if you're gonna ignore me as a black person, I might as well embrace my whiteness," Lee said. "I might as well start watching Friends, or enjoying pumpkin spice latte, or whatever. I just wanted to have a bit of fun with it while highlighting the serious issue."

The hashtag spread quickly. And trended for hours Sunday night. But not all of the tweets were supportive:

This isn't a picture of two friends, it's actually a before and after voting for Bernie pic. #BernieMadeMeWhite pic.twitter.com/lHH9QJvTfB

#BernieMadeMeWhite tag is proving EXACTLY how white his supporters are. They take one pic w/t a POC and call it a revolution... smh

It was a strong, and, at times, hilarious showing for Sanders' supporters of color, one that might seem to be in contradiction with the Vermont senator's actual electoral support from minorities so far in this election.

Sanders himself admitted to struggling to win the black vote. After a disappointing loss in South Carolina's Democratic primary, where Sanders only won 14 percent of the black vote in that state according to exit polls, he told ABC's George Stephanopolous, "We got decimated."

In another interview with the Los Angeles Times editorial board, Sanders said, "Older African-American women, I think we found two in the country that voted for us in the South."

"I would attribute this to number one the popularity of Bill Clinton and Hillary Clinton — you know it's a brand name," he continued. "They've been known by the African-American community for 25 years, and they are popular."

So which point of view is correct? Sanders does horribly with minority voters? Or the media do a bad job of telling the story of Sanders' existing minority support?

"Well, I think, looking at the exit polls," Randy Brown of Edison Research told NPR, "they're both correct."

Edison conducts entrance and exit polling for American elections and has conducted polls on primary voters and caucusgoers in 20 states so far this election.

Brown said, by some measures, Sanders actually leads among black and Latino voters.

"I think the big takeaway," Brown said, "is that whether it's among whites or African-Americans, Bernie Sanders does significantly better among the youngest voters in the Democratic primary."

(Note: Similar data were not yet available for Asian-American voters. And Edison did not conduct exit or entrance polling in this past weekend's caucuses in Alaska, Hawaii and Washington state.)

For what it's worth, Lee said he hopes his hashtag helps spread that narrative. But he also told NPR that he is not sure #BernieMadeMeWhite will actually make anyone change a vote.