Accessibility links
Donald Trump And The Power Of Innuendo: 'Only A Deviant Would Think That' Donald Trump's use of suggestive language is a common element of how he communicates in the campaign, exciting his critics and supporters. 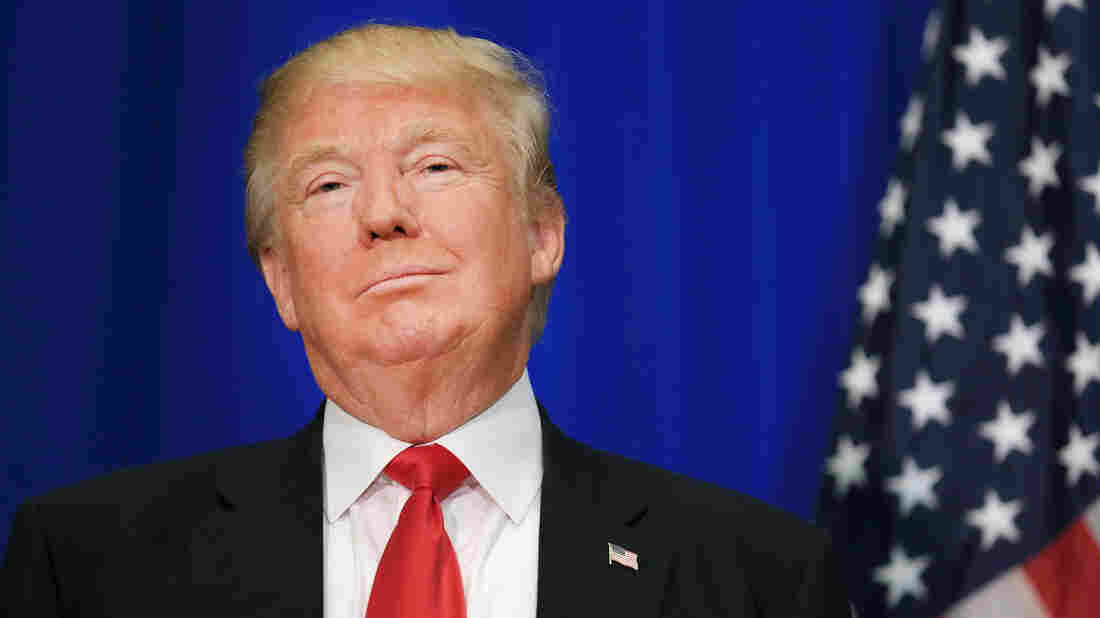 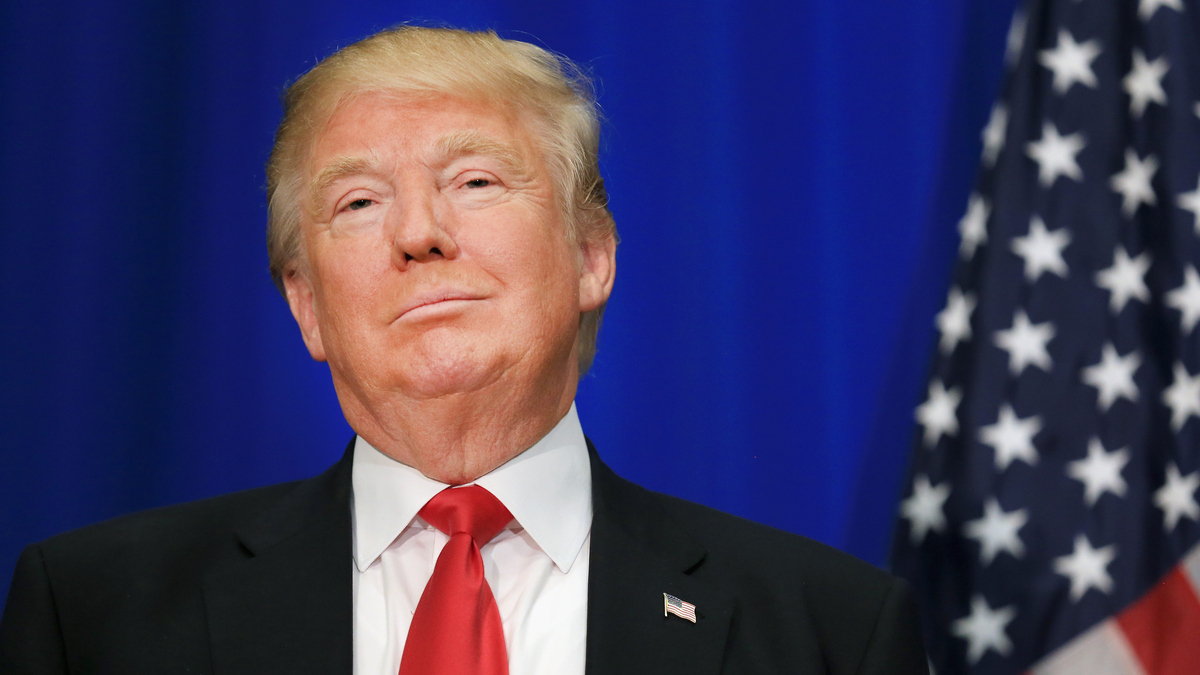 Donald Trump speaks at a campaign rally on Feb. 26 in Fort Worth, Texas.

Donald Trump has pushed the boundaries of acceptable political speech. Critics describe many of the Republican front-runner's comments as racist or sexist, while his supporters say they love the way he speaks his mind.

Here are some of the most notable episodes.

'Blood Coming Out Of Her Wherever'

Last summer, Trump accused Fox News anchor Megyn Kelly of asking unfair questions during a debate. His comments in an interview on CNN shortly afterward were one of the many episodes that political pundits incorrectly predicted would doom his campaign.

Trump denied that, telling NBC's Chuck Todd on Meet the Press that "only a deviant would think that."

But to Erin Cassese, who studies political speech at West Virginia University, some of Trump's comments about Kelly and other women seem to invoke negative stereotypes about women being emotional and hormonal.

"And when he invokes stereotypes, he's activating negative attitudes among supporters and members of the public," she said.

Cassese points out that Trump is also fond of saying how much he "loves" women — but even that, she says, carries a deeper meaning.

"When he says things like, 'I cherish women,' it's a chivalrous kind of thing to say, but it implies that women are the weaker sex, women need protection from men," Cassese said.

'Mitt, Drop To Your Knees'

After former Massachusetts Gov. Mitt Romney, the 2012 GOP nominee, called on Republicans to stop Trump in early March, Trump hit back by saying Romney had begged for his endorsement four years ago.

"I could have said, 'Mitt, drop to your knees.' He would have dropped to his knees," Trump said, eliciting laughter from the audience.

Then, there was the "hand size" discussion at a recent debate. Before Florida Sen. Marco Rubio dropped out of the Republican race, he made a joke about the size of Trump's hands — which brought Rubio tons of criticism that he was giving into the kind of childish insults Trump has been accused of.

When Trump responded at the next debate, he did nothing to back away from the suggestive nature of Rubio's comment.

When pressed by CNN's Dana Bash about the remark, Trump said, "I only made a joke about my hands." He wouldn't admit that he was implying anything further than that.

'I Will Pay For The Legal Fees'

In addition to being accused of bathroom humor, Trump has been blamed for inciting violence against protesters at his rallies.

This is how he reacted to reports of protesters planning to interfere with a rally in Cedar Rapids, Iowa, on the day of the state's caucuses:

The comment about paying legal fees came under scrutiny after a Trump supporter punched a protester at an event in North Carolina, and the candidate walked it back in regards to that specific incident. In an interview with the Washington Post editorial board this month, Trump insisted that "I don't condone" violence, but denied promising to pay legal fees.

Cassese, the political scientist, said Trump makes a habit of using "bold and aggressive statements" to mobilize support — before taking a step back.

"He says things that are really extreme and over the edge and then says, 'You're putting words in my mouth,' " she said.

Right out of the gate at his campaign announcement in June 2015, Trump referred to Mexican immigrants as "rapists." It wasn't long before he insulted former Vietnam War prisoner Sen. John McCain as "not a hero." And late last year, he proposed banning all Muslims from entering the United States.

"He's communicating, 'I'm not held to the norms that anyone else is,' " said Jason Stanley, who studies political speech at Yale University.

He said Trump's ability to break rules, and get away with it, is an expression of power.

"The key thing is to shock," Stanley said. "I mean, I've got a 5-year-old son, and my 5-year-old has the following problem: In school, whenever another boy breaks rules, my son really starts to admire him. So that's the key to Trump's strategy."

For Trump supporters like Robert Meier, a Vietnam veteran from Lutz, Fla., there's a good reason why Trump says the things that he does. At a recent campaign event in Tampa, Fla., Meier said Trump's statements about violence don't worry him.

"It may be a little more stern than that's [sic] necessary, but I think he was emphasizing a point to show that people need to stand up and be heard," he said.

But, Meier added, "Would I have made the same statement in his position?" No, he answered his own question, "probably not."