Accessibility links
Border Patrol Union Endorses Donald Trump National Border Patrol Council said Trump is the "the only candidate who actually threatens the established powers that have betrayed this county." 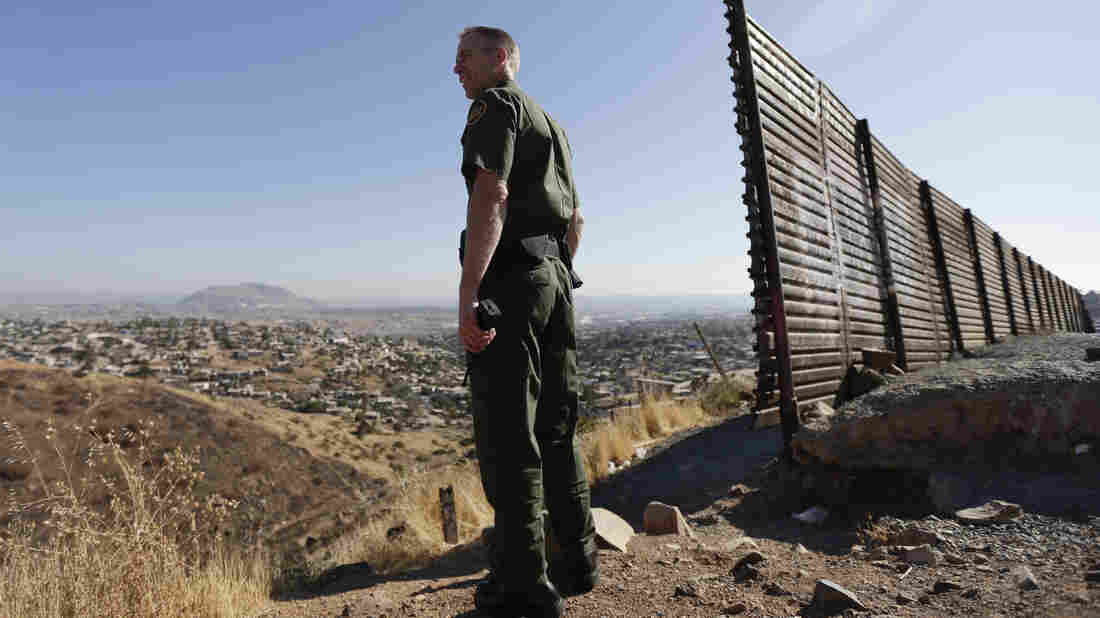 A U.S. Border Patrol agent looks out over Tijuana, Mexico, next to a portion of the U.S.-Mexico border wall. Gregory Bull/AP hide caption 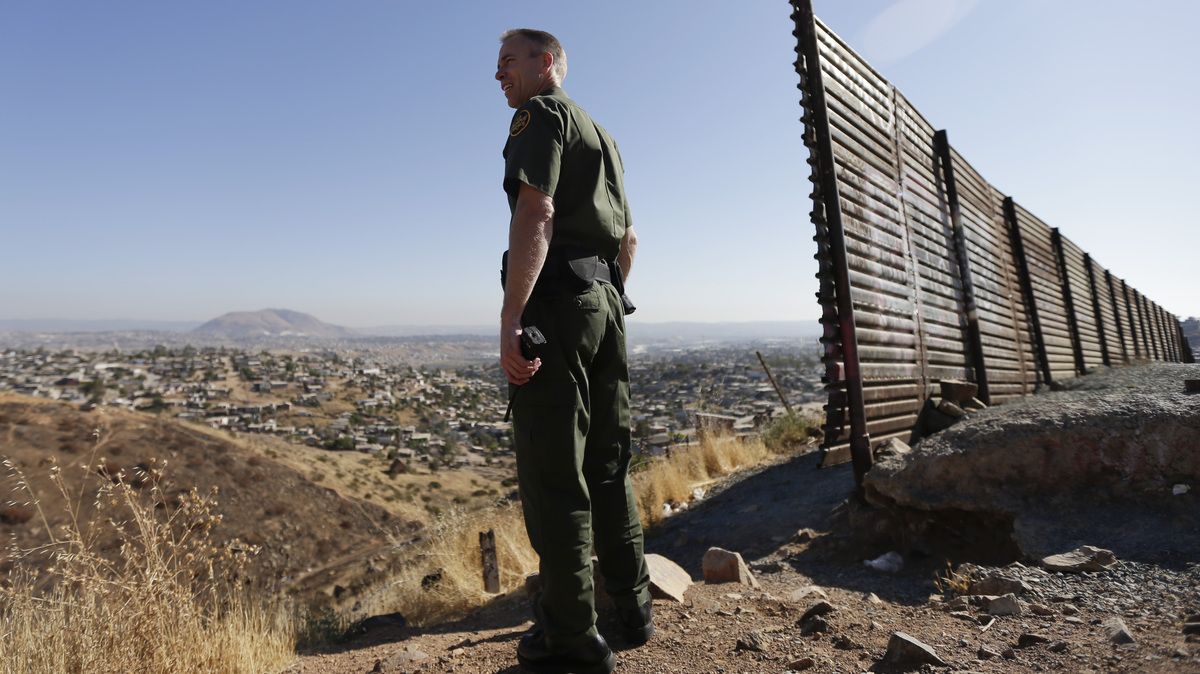 A U.S. Border Patrol agent looks out over Tijuana, Mexico, next to a portion of the U.S.-Mexico border wall.

Calling Donald Trump "the only candidate who actually threatens the established powers that have betrayed this county," the National Border Patrol Council endorsed the New York businessman for president on Wednesday.

The NBPC says it has never endorsed a presidential candidate in the primaries. But in a statement, it says it is "breaking with past practice." Trump has made immigration a key part of his campaign for the GOP nomination, repeatedly promising to build a wall along the U.S. border with Mexico, and to force the Mexican government to pay for it. He has also pledged to triple the number of Immigration and Customs Enforcement agents who enforce immigration law.

The union has been a long-time critic of the Obama administration's border and immigration policies. Last July, a union local in Laredo, Texas offered to give Trump a tour of the border in Texas, but withdrew the offer after "communicating with members of the NBPC at the national level."

Trump said he was deeply grateful for the union's endorsement, writing in a statement "it represents a total rejection of the corrupt politicians who have allowed transnational gangs and cartels to terrorize American communities."

The border patrol union is an affiliate of the American Federation of Government Employees, which endorsed Hillary Clinton for president in December.