Accessibility links
Review: Gallant, 'Ology' The young soul singer refuses to take sides in R&B's generational divide, so his songs all sound familiar, even when they're several things at once. 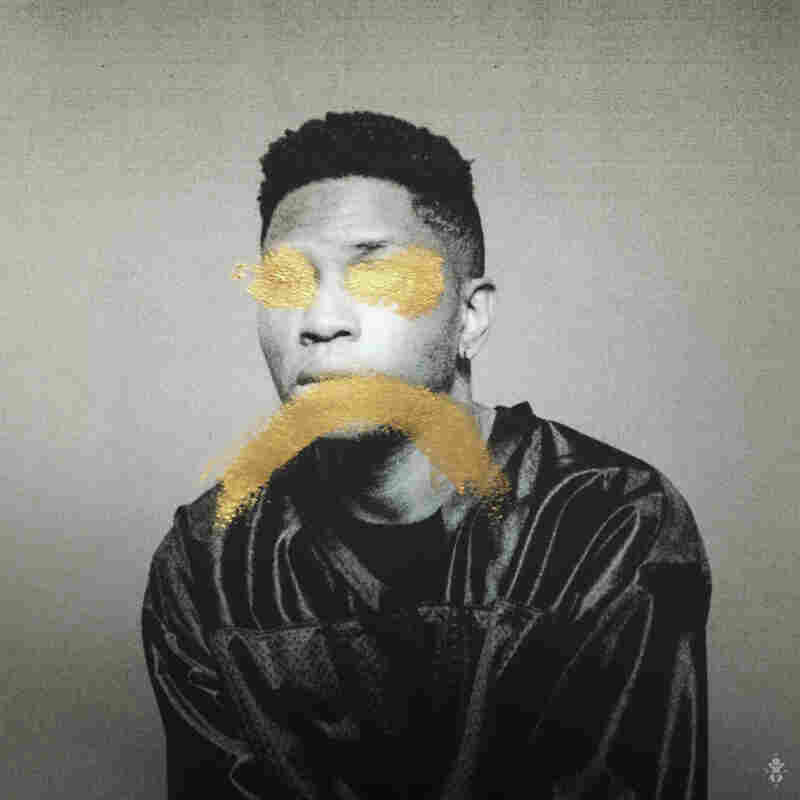 Gallant was not rushed to market. Gallant is the wise, lucky beneficiary of development and time. Or we are. Zebra, the EP that Christopher Gallant released in 2014, was adrift in a stylized haze; but on Ology, the 24 year-old singer's soulful voice is front and center, and his intent clear.

This debut album is a study of his anxieties and insecurities, and musically, it walks a careful line between the feuding impulses of contemporary R&B: Should one create squarely within the lineage, or should one honor the recently prioritized (and monetized) drop? Gallant is young enough to be moved by both, so Ology refuses to take sides in what is essentially a generational divide. This is why his songs all sound familiar, even when they also sound like several things at once.

Some examples: "Episode" edges toward disco, if Nile Rodgers were to take "I Don't Feel Like Dancing" under his wing. "Open Up" has notes of James Blake. "Miyazaki" pulls in a phrase from Groove Theory's "Tell Me," with Gallant drinking from the same '90s-flavored well as fellow Maryland natives Abhi//Dijon and other young alternative R&B acts blowing up Soundcloud. And then there's the single, "Weight in Gold," during which Gallant's sensitivity to the beat and to the build tips his hand, almost throwing off the song's balance. (There's a version on Gallant's site where he performs that song with Seal, who lets the rhythm come to him; there's also a Brasstracks remix which acknowledges his tightly wound vocal and tempers it with laconic bass.) All over, before this album and throughout it, you can feel people (collaborators, producers peers, remixers) recognizing his talent — and guarding it.

But it's "Skipping Stones" that feels like the moment when the various discrepancies melt into something greater than the ingredients. Gallant's falsetto comes ripping out of his throat, naturally intense — they are anchored and dragged slightly by the drums, which makes the performance even more of a feat. Jhene Aiko is on-hand to perform the role of traditional femininity, but the song feels like a true back-in-the-day duet: the two are singing to each other. The voices are used here to manipulate us physiologically, the same way software can. It's classic.

Ology is the latest example of R&B that converses with folk and rock and dub and trip-hop and Sufjan and Top 40 in the way that everybody who listens to music does, and has for their whole life, not in no PBR&B type of way, but in a way that doesn't serve radio formats. Instead, Gallant's music serves us. It just might be possible that we're on our way to a fully populated spectrum of contemporary R&B and if so, Christopher Gallant has earned his place in it.