Accessibility links
Review: John Carpenter, 'Lost Themes II' The filmmaker and musician, known for his work on movies such as Halloween, revisits the approach that defined his synth-heavy soundtrack work. 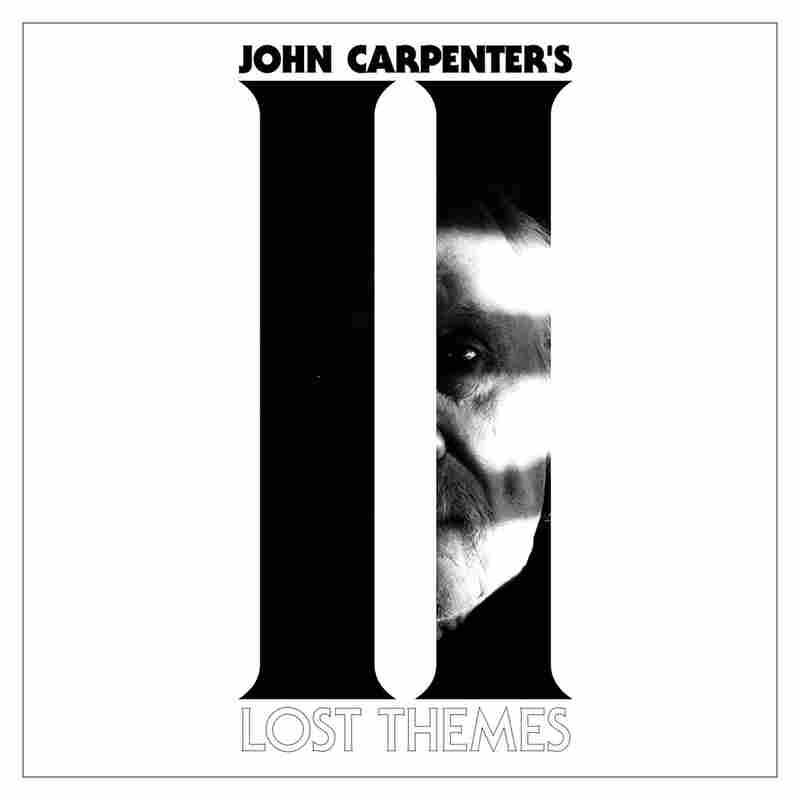 Throughout his four-decade career in film, director John Carpenter has been reluctant to cash in on a sequel, regardless of a film's success. Even with Halloween, his 1978 slasher classic, there have been 10 films in total (not to mention graphic novels and video games) and Carpenter was only in the director's chair for the first one. He was, however, the soundtrack composer for the first three Halloween films, and in titling his new album Lost Themes II, he posits his new album as a sequel to Lost Themes -- his first solo album, released last year when Carpenter was 67.

While Carpenter's film-work pace has slowed since 2001's Ghosts Of Mars, in the interim there's been a renaissance for the type of icy, minimalist analog-synth soundtracks that he (often in conjunction with partner Alan Howarth) rendered throughout the late '70s and '80s. It was a cost-cutting measure, to hear him tell it, but these stark, skin-prickling themes inspired generations of musicians in everything from experimental electronics to sludgy metal to EDM. There's even been a cottage industry in vinyl labels like Death Waltz Recording Company and Waxworks dedicated to reissuing Carpenter's scores and other soundtrack fare. But on the original Lost Themes, it seemed as if Carpenter was trying to keep pace with a new generation of fans, and the songs felt overdriven and overstuffed as a result.

For Lost Themes II, Carpenter and his bandmates (namely his son and godson, both television composers themselves) still have the chops, but also show some restraint. The menacing guitars at the start of "Distant Dream," as well as the throbbing arpeggio of the synth line, suggest a panicked run through a corridor of a space station. Bombastic drums send the song hurtling along, but Carpenter and his collaborators also give the song more space, his cinematic sensibilities always favoring the kind of dread that emptiness could conjure. "Angel's Asylum" follows a similar strategy, as a minor-key motif set to "glass menagerie" suddenly merges with a hard-driving backbeat that keeps gathering velocity. But just when you'd expect the three musicians to keep pushing, they peel everything back for a gentle coda marked by nylon-string guitar and airy chords. Chalk it up to their professionalism, but there's an interconnectedness and looseness to the trio's playing throughout Lost Themes II that allows them to change moods at a moment's notice.

Most importantly, Carpenter's keys are foregrounded throughout. Several tracks brandish the sort of slow-evolving themes that were Carpenter's métier in the early '80s, straddling the line between pensive and frightened (in "Persia Rising") or between victorious and uncertain (in "Utopian Façade"). There's a relaxed, almost New Age air at the start of "Windy Death," but again, the trio enters and veers toward darkness. Carpenter's playing mixes the foreboding and the grandiose in the aptly titled "Bela Lugosi." It's a fitting tribute, in which a master of late-20th-century American horror — with assistance from a new generation — pays homage to the horror-film star of yore.