Accessibility links
Review: Brass Bed, 'In The Yellow Leaf' On the Louisiana band's fourth album, its catchy and dynamic songs sound invigorated, immediate and more forceful than ever. 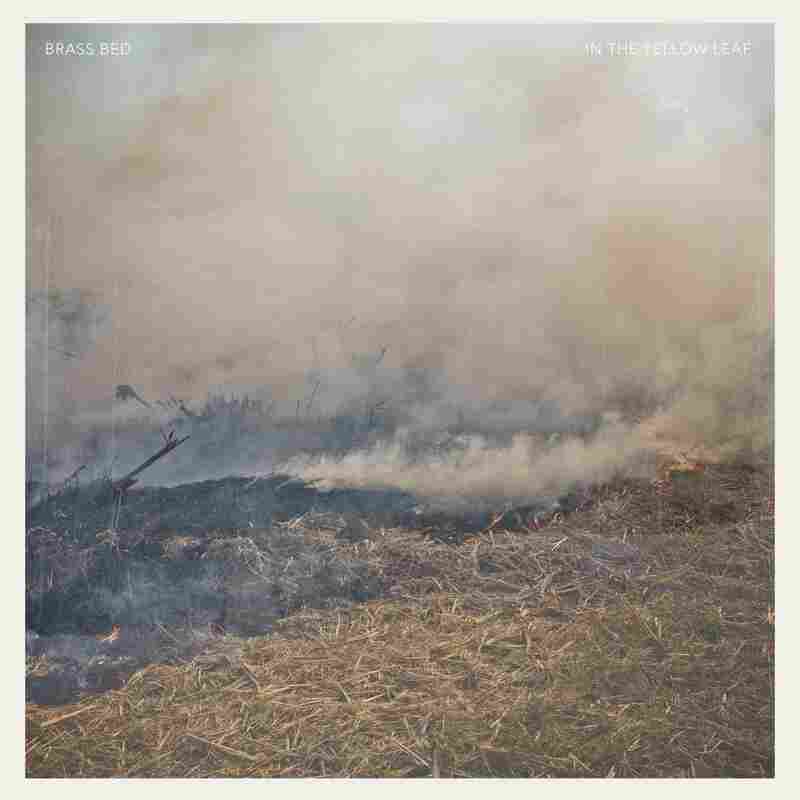 Brass Bed, In The Yellow Leaf Courtesy of the artist hide caption

Brass Bed made a name for itself with 2013's The Secret Will Keep You, a catchy and dynamic album that grappled with disappointments and dead ends that accumulate over time, and found joy in the unpredictability of life. By approaching those themes with equal parts gravity and shrugging acceptance, the hard-working Louisiana band — lifelong friends Christiaan Mader, Jonny Campos and Peter DeHart started Brass Bed as a bedroom project — finally achieved a breakthrough. On In The Yellow Leaf, the group's fourth album, Brass Bed's music sounds invigorated and immediate.

After a long stint of touring, the band teamed with Chris Woodhouse, an engineer and producer best known for his work with Ty Segall and Thee Oh Sees, to oversee initial recording sessions at the Loading Dock studios in Sacramento. Without much time to work, Brass Bed quickly channeled its road-honed live energy in pursuit of untethered fun and fury. The brasher approach served as a spiky backbone for the rest of Brass Bed's new songs, and forcefully pushes the band toward messier uncharted territory.

In The Yellow Leaf also showcases Brass Bed's sharpened songcraft, offering more variety from song to song. But that variety also exists within individual tracks: "Figure It Out" begins as a claustrophobically minimal slow-burn, composed of little more than a steady tom thump and piercing down-strokes of guitar, before the song blooms brighter with ringing arpeggios that fill the space between the voices. As it shifts again, "Figure It Out" bristles with anger over a dysfunctional relationship built on secrets, lies and unspoken grievances: "Bare your teeth, you awful coward, prove you're brave enough to live / With the knowledge buried in you, you know you'd beg to keep it hid," Mader sings, his voice awash in distorted bluster.

Pulling its title from a Ralph Waldo Emerson essay, In The Yellow Leaf is suitably literary and evocative, reflecting on faith, maturity, stagnation and the search for reinvention. "Maiden Voyage" drops biblical allusions and references to the ocean to convey the depths of depression, as well as disillusionment with religion as a means of salvation; "Yellow Bursts Of Age" compares the beauty of leaves to the inevitability of aging with the words, "Their death a bloom, our birth begins decay."

Brass Bed is never more affecting or satisfying as when they pair their insecurities and anxiety with music that dissolves into a swarm of dissonance like a panic attack made tactile. In "Be Anything," Campos sings about being torn between wanting to call someone and wanting to remove that person from his phone and his memories; in the background, raked guitar strums and thunderous drums sound as if they're bouncing off cement walls in an airplane hangar. Later, the fuzzed-out banger "Mind The Gap" finds Mader struggling to stay focused on a path in a world full of trap doors — be they internalized burdens or temptations. "Everywhere I look, it's a pile of snakes, tossing out the apples and a-calling my name out, too," he sings, adding, "Don't it always seem the natural world has got it out for me?"

"Keep On" closes the album with a lament that pines for lost love ("Where do I start without you?"), but it's also a confidence-building anthem about speaking up and avoiding self-doubt. As the song fades, Brass Bed offers tried-and-true reassurance: "Keep on keepin' on." For a band hitting a creative peak four albums into its run, it's a useful mantra.