Accessibility links
How The 'Trump Factor' Could Put House Seats In Play For Democrats If Donald Trump is the GOP nominee, Democrats increasingly believe they may have a shot at winning control of the U.S. House. 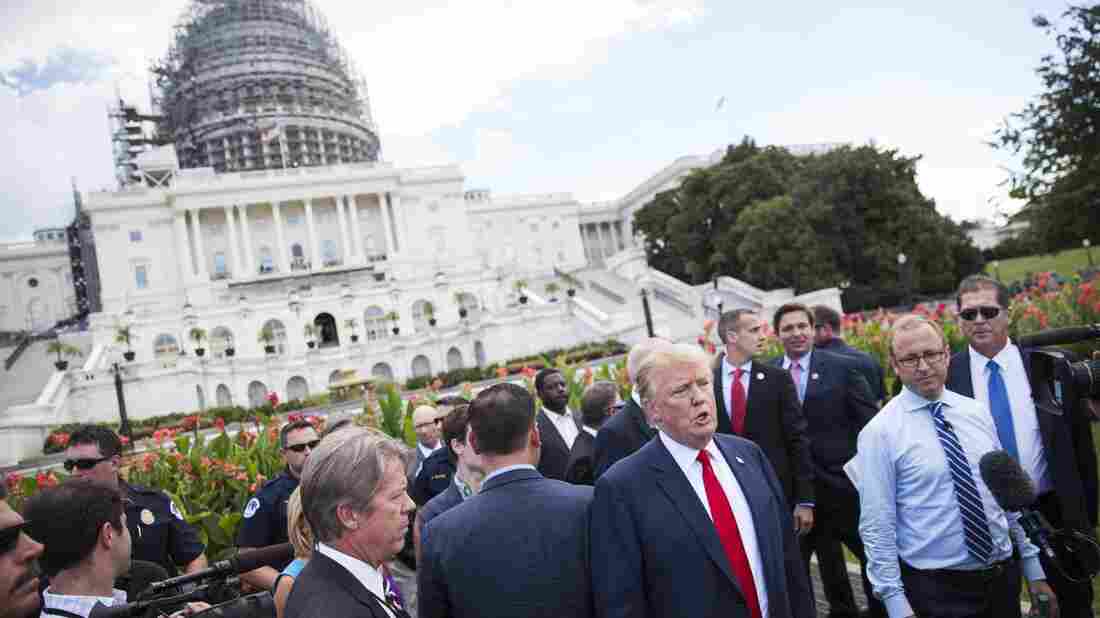 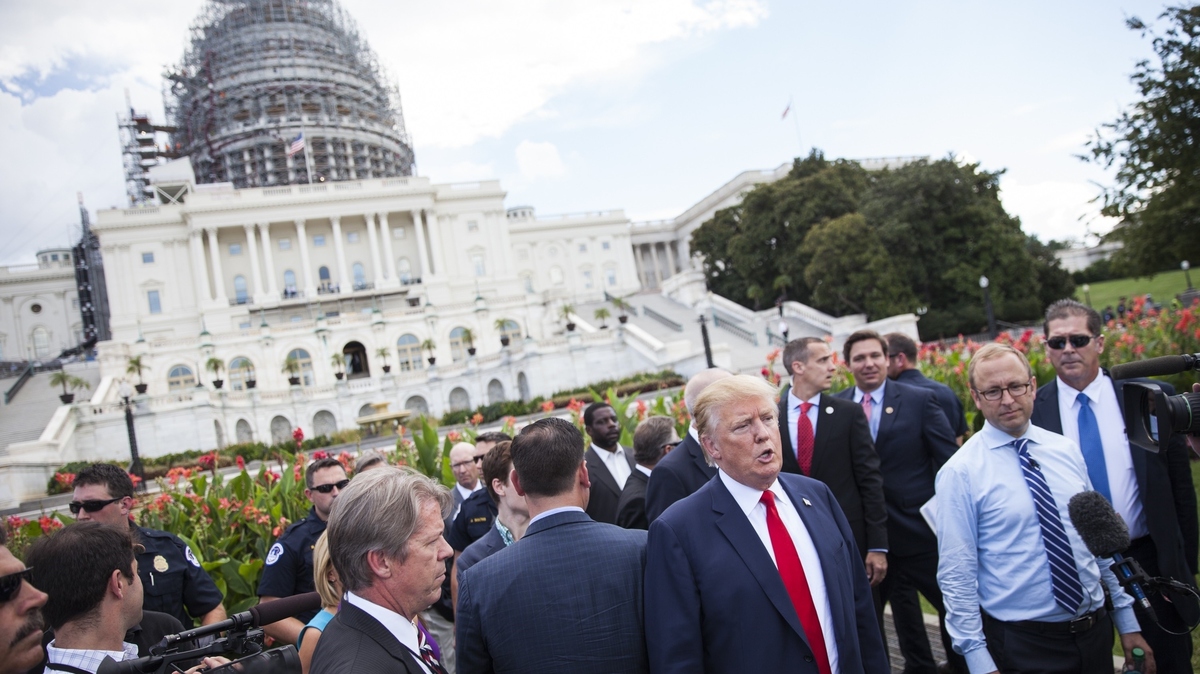 Donald Trump speaks to members of the media outside Capitol Hill.

The prospect of Donald Trump at the top of the ticket has raised a question on Capitol Hill that six months ago no one was asking: Could Democrats take over the House this year?

"Everybody knows Democrats in the House are going to gain seats this time, and it's just a question of how many. Even the Republicans will candidly admit that in private," said Rep. Denny Heck, D-Wash., "but now we believe our opportunity to pick up more seats is greater as a consequence of the quote 'Trump Factor.'"

Heck runs 2016 candidate recruitment for the Democratic Congressional Campaign Committee. Democrats believe the "Trump Factor" — the idea that having Trump at the top of the ballot as a Republican could hurt the party in down-ballot races — could put in play more districts than anticipated if they have high numbers of three specific voting blocs.

House Democrats are favored to pick up seats. The party historically performs better in presidential election years, but Democrats haven't been favored to win a majority since Republicans swept control six years ago.

For their part, House Republicans are divided over whether Trump helps, or hurts, their races this fall.

On one side are Republicans like South Florida Rep. Carlos Curbelo. His district is 70 percent Hispanic and he thinks Latino voters will overwhelmingly oppose Trump this November.

"I don't think the American people are going to respond well to someone who is so divisive and offensive to many voters," he said.

Curbelo has pledged to vote against Trump if he is the nominee.

But on the other side are Republicans like New York Rep. Tom Reed. 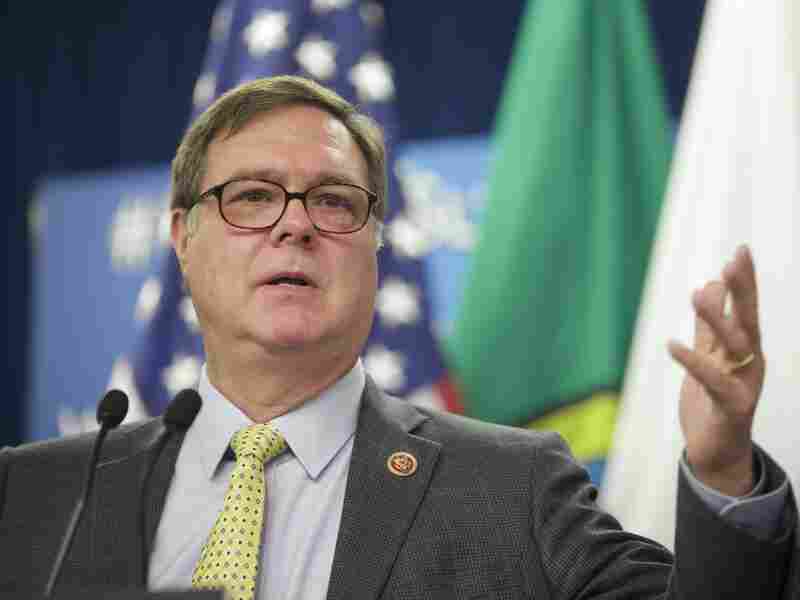 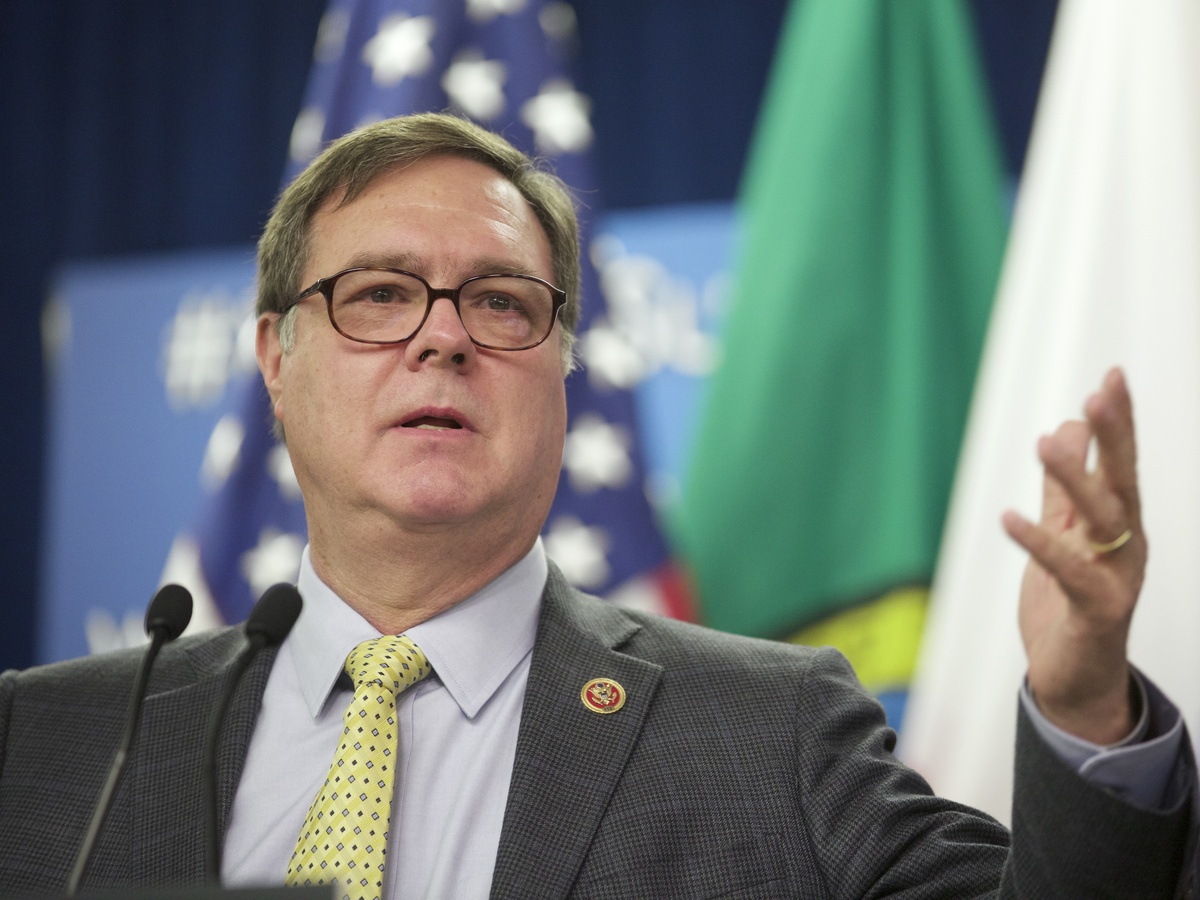 Last week Reed became the first Republican in a competitive House race this year to endorse Trump. He doesn't buy the talk that Trump has no appeal beyond his core base of white, working class voters.

Trump, he said, is "defying the laws of political gravity and I think we're going into uncharted waters here. And when we get to uncharted waters the collective wisdom of the people is something I'm really sensitive to because I trust that wisdom," Reed said.

Pennsylvania Republican Rep. Lou Barletta agrees with Reed. He also endorsed Trump last week and has no doubt that Trump will win Pennsylvania and help down ballot Republicans there.

Barletta says Trump is not limiting the GOP's reach, he's redefining it.

"I think Donald Trump brings more Democrats and independents to the Republican Party and I think this is an opportunity to have a new Republican Party made up of working men and working women. We should be embracing that rather than trying to push it away," he said.

To be clear: the math for Democrats is daunting.

Republicans have their largest majority in nearly a century, and Democrats would need to pick up at least 30 seats for a takeover.

That's why House Speaker Paul Ryan swatted down a recent question about whether Trump puts his majority at risk. He says Republicans' only concern is putting together a fresh policy agenda to unveil later this year.

"I'm not concerned about the House flipping, because we are in control of our own actions. And that means we are putting together an agenda to take to the country to show what we need to do to get this country back on the right track," he says.

The question for Democrats is whether they can put enough candidates on the field to capitalize if the "Trump Factor" goes their way.