Accessibility links
When Talking About Sexual Consent, YA Books Can Be A Parent's Best Friend Today's young adult novels deal with consent, sexual assault and the pressures of sexting, among other things. For parents who aren't comfortable broaching those subjects, these books can help. 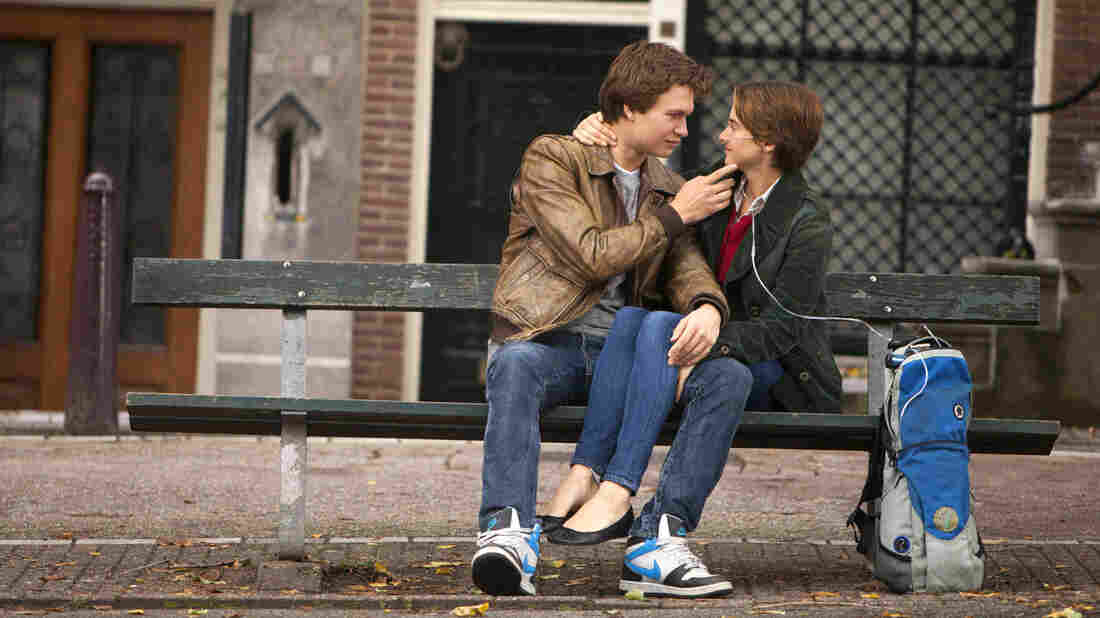 Ansel Elgort and Shailene Woodley star in the film adaptation of John Green's The Fault in Our Stars, a book that's been celebrated for its depiction of positive consent. James Bridges/20th Century Fox/AP Photo hide caption 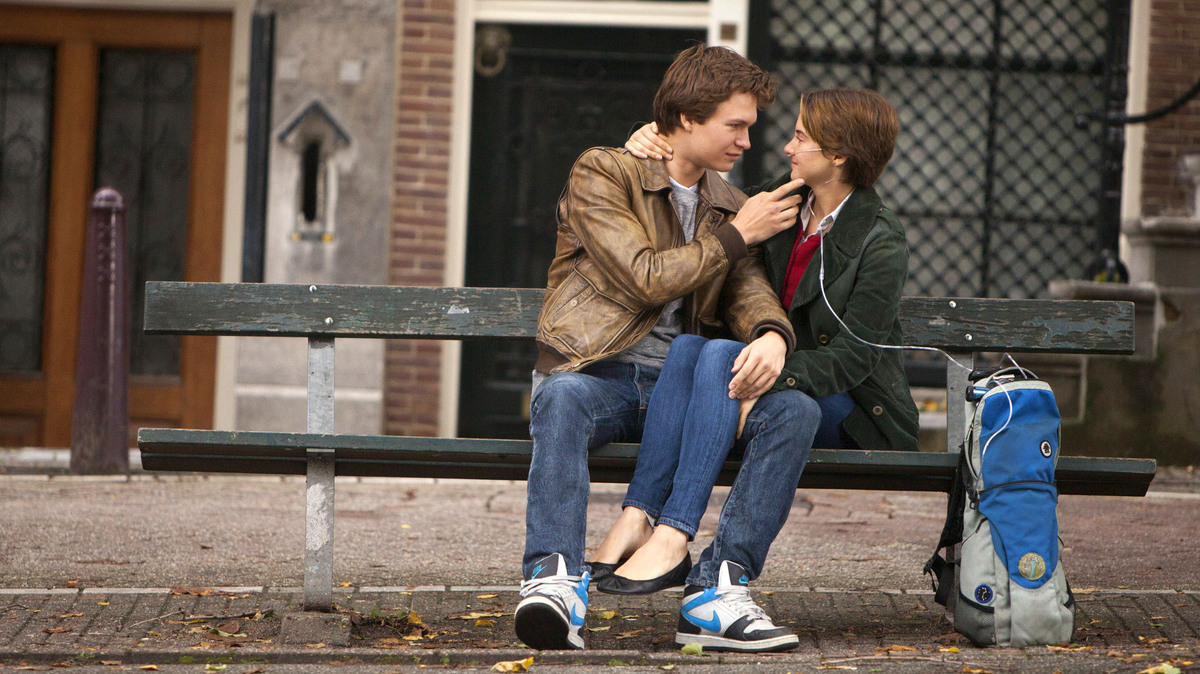 Ansel Elgort and Shailene Woodley star in the film adaptation of John Green's The Fault in Our Stars, a book that's been celebrated for its depiction of positive consent.

You probably remember that discredited Rolling Stone story about an alleged fraternity rape, or the coverage of a Columbia University student who carried around a mattress she says she was raped on; maybe you saw the headlines about two Steubenville, Ohio, high school athletes sexually assaulting a passed-out girl while other students recorded it; and maybe you've heard the recent Lady Gaga hit inspired by campus rapes. 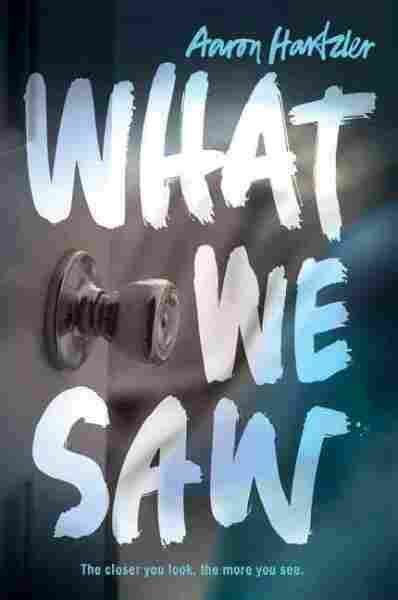 All those stories have helped intensify the conversation about sexual assault at colleges and in high schools. They also raised a question for author Aaron Hartzler, who writes novels for young adults: "What must it be like to be coming of age sexually in the midst of a national conversation about rape culture and consent?"

Hartzler is one of many young adult novelists responding to that national conversation. His 2015 book What We Saw was directly inspired by the Steubenville case. Its narrator, Kate, used to be one of the victim's best friends. "There are all of these voices telling her what she should do, what she should think; to lay low [as] the town circles the wagons around these star athletes," Hartzler says. "And it's sort of up to Kate to figure out what happened, and then if she'll speak up about it or not."

Kate and her boyfriend, Ben, are themselves teenagers trying to decide whether to have sex. "There's a scene ... where she's kind of thinking through all these issues," Hartzler explains, "and she says, you know, 'We've been so wrapped up in our town about what it means to say "no" that I haven't really given any consideration to what it means to say "yes." ' "

According to Christa Desir, a rape victim advocate who also writes novels for young adults, these are real teenage experiences. Desir is deeply involved with something called the SVYALit Project, which is all about using young adult literature to talk to teenagers about sexual violence and consent. One of her novels, Fault Line, is about a boy dealing with his girlfriend's rape. "Sexual agency and sexual identity is part of the coming-of-age thing," Desir says. "Teenagers are figuring it out — and whether they're figuring out that they don't want to do it, or that they do want to do it, all of that is part of who they are as a person." 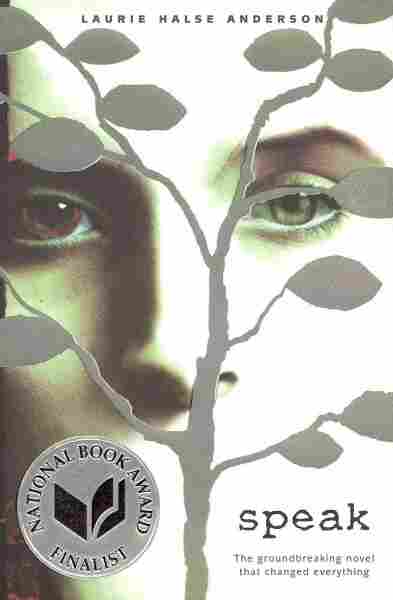 Getting Into The Classroom

One of the first mainstream books to straightforwardly depict positive, consensual sex was Judy Blume's Forever... . The 1975 novel was nonjudgmental and centered on a girl's positive decision, making it unprecedented in mainstream young adult fiction. It took almost 25 years for a book about nonconsensual sex to have a similar impact, and that book came in the form of Laurie Halse Anderson's Speak, about a high school freshman who's raped at a party by a popular senior. Published in 1999, Speak isn't the first young adult novel about sexual assault, but it stands out because it won major awards, became a best-seller and is still regularly taught in high schools and middle schools across the country.

Victor Malo-Juvera, an English professor at the University of North Carolina, Wilmington, taught Speak for years in a Florida public high school. "The first time I taught Speak, someone disclosed they had been raped to me," he remembers. "And it was actually a boy." He says that every year he taught the novel, students privately told him similar stories.

The book also provoked intense classroom discussions, like the time a boy informed his fellow students that "no" does not mean "no" — "no" means "go harder." "And before I could say anything, two girls actually came to his defense," Malo-Juvera remembers. He says that was a perfect opportunity to talk to teenagers about consent.

Malo-Juvera ended up writing a doctoral dissertation that focused on how teaching Speak helps teenagers understand rape culture and empathize with victims. He says Speak helped open the door for other young adult novels about roofies, date rape, stranger rape and rape within families. 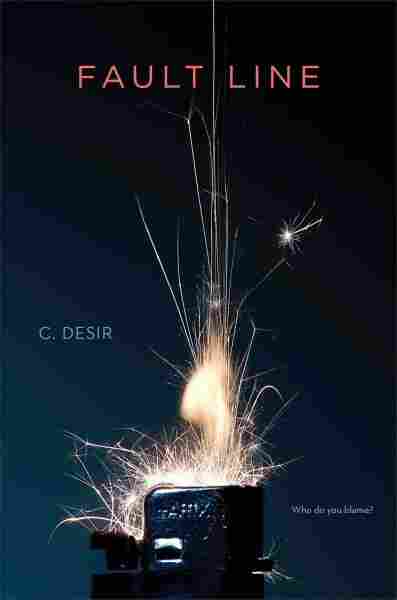 A Place To Find Answers — And Questions — About Consensual Sex

Three new young adult novels about sexual assault are being released by major publishers this spring: The Way I Used to Be by Amber Smith, Asking for It by Louise O'Neill and Exit, Pursued By a Bear by E.K. Johnston. Johnston says she's noticed a change in how today's young adult writers discuss consent.

Consent doesn't even have to be about sex, per se, says Earl Sewell, who has written several young adult novels, including one where a boy pressures a girl to send explicit photos after they start sexting. "I try to do this in the book so that they can see themselves and say, 'What would I do if I were in this situation? How would I handle it?' " Sewell says.

Best-selling contemporary young adult novels like John Green's The Fault in Our Stars and Stephen Chbosky's The Perks of Being a Wallflower have been celebrated for their scenes of positive consent. But Desir says many of the parents who come into the bookstore where she works part-time aren't comfortable with novels that discuss sex.

Statistically, she says, every single high school student sits among kids who have experienced or who will experience a sexual assault. Author Aaron Hartzler says when it comes to addressing that with your kids, a good young adult novel can be a parent's best friend. "I can guarantee you: You leave a book about sexual consent on the coffee table, you'll have a reader," Hartzler says. "That book will disappear for a week, and then that's your entree."

And maybe it's a way of giving permission to talk about consent.