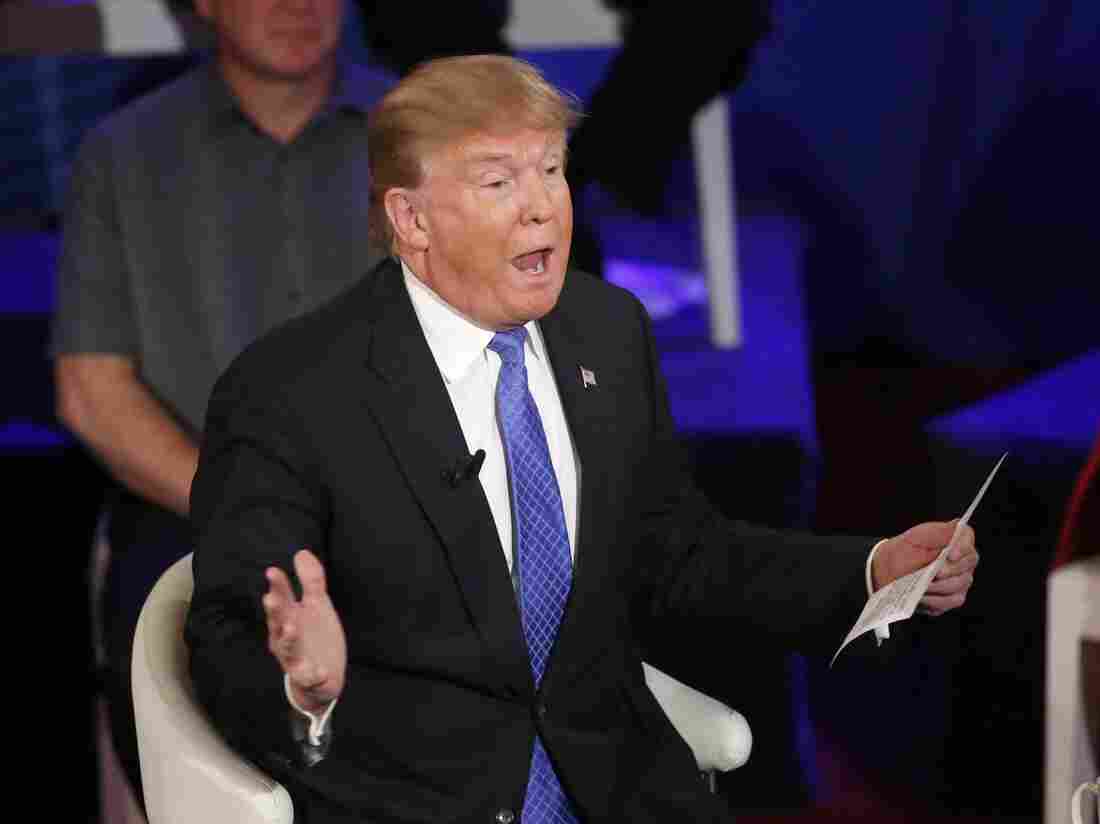 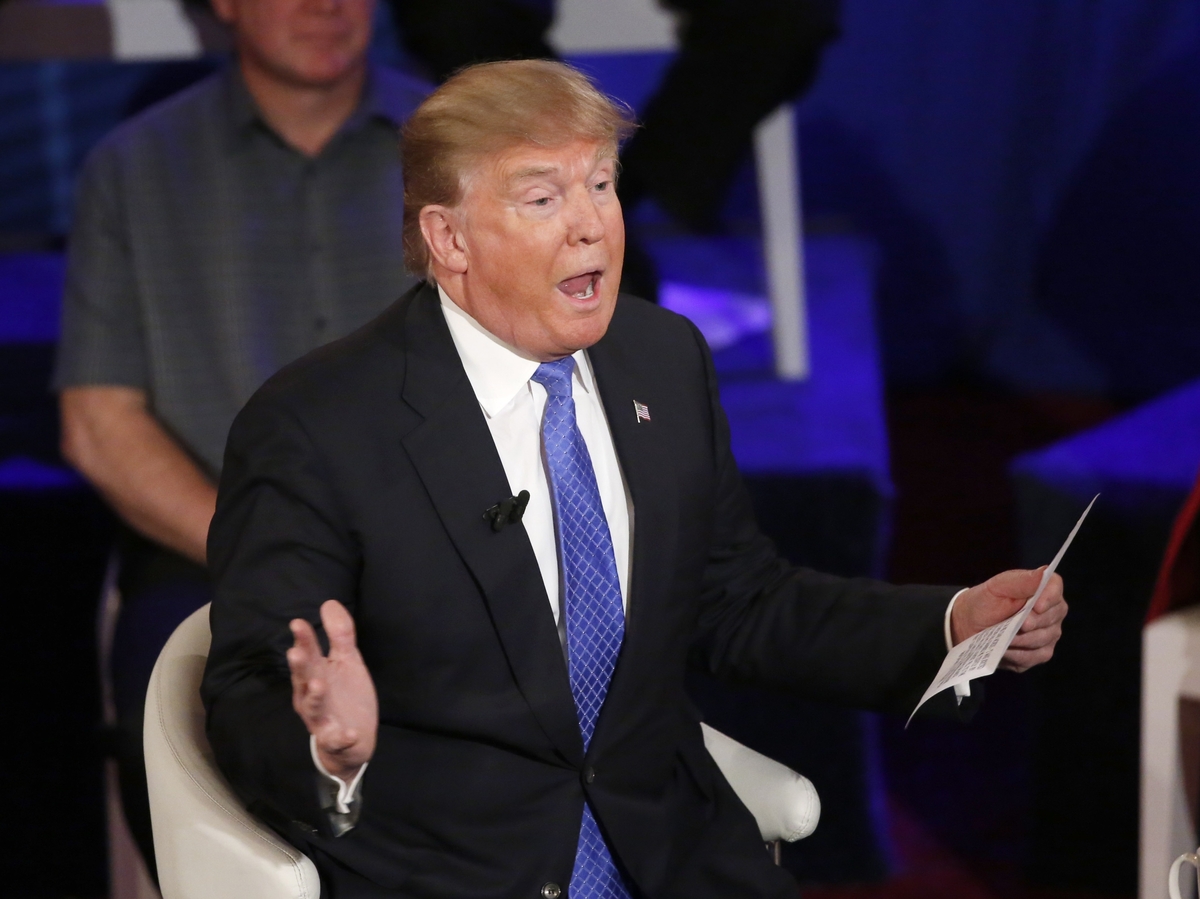 Republican presidential candidate Donald Trump talks about a statement from a Breitbart News reporter during a CNN town hall Tuesday, in Milwaukee.

According to Donald Trump, he's got an amazing relationship with women.

"I respect women. I love women. I cherish women!" Trump said at political conference last year, but it's a version of a line he repeats often on the campaign trail.

His poll numbers and recent comments, though, tell a slightly different story. Trump's favorability numbers with female voters are low enough that they could cause a problem for him should he be the candidate in the general election.

The Republican front-runner's remarks this week that he is in favor of some form of punishment for women who have abortions sparked outrage from Democrats and Republicans alike. He has since walked back those comments.

But those are just the latest in a list of statements Trump detractors say are anti-women, which includes his attacks on Fox News anchor Megyn Kelly and his recent feud with rival Ted Cruz over their wives.

"It's a slap in the face to all kinds of women," said Chelsea Bashi, a 25-year-old Republican, who volunteers for Cruz's campaign. She doesn't believe Trump's assertion that he has a great relationship with women. Bashi says it hurt her personally when Trump retweeted an unflattering photo of Cruz's wife, Heidi, alongside a glamor shot of his wife, Melania, last month.

Trump Says He Can Unify The GOP, But Polls Suggest Otherwise

"First of all beauty shouldn't be defined by how you look. It should be defined by what you do for others," Bashi said. "A woman like [Heidi Cruz] should not be insulted."

At Trump campaign rallies, however, you will find devoted female fans.

Jeanne Tarantino, a homemaker from Waukesha, Wis., said there are more important things to worry about than Trump offending someone.

"I think the bigger issue is the economy," Tarantino said, adding that today many women are the breadwinners for their families. "We need an economic recovery and if we don't do these things then my daughter's generation and the next generation after her, my grandchildren, will suffer the results."

Just over half of Republican women said they could support Trump in a recent NBC/Wall Street Journal poll. That's significantly lower than his GOP rivals, but it might be enough for Trump to secure the Republican nomination.

But that's only half the battle. If Trump becomes the nominee, there's another number from that poll he'll have to contend with: 70 percent of women overall have an unfavorable view of him.

"It's not just that people don't like him a little bit — it's that there is such a strong number of strongly unfavorable women," Republican pollster Kristen Soltis Anderson said.

She notes it has been historically difficult for Republicans to appeal to female voters.

"When you are looking at trying to win the White House and you're struggling so much with a majority of the electorate, which is what women represent, it makes it just very difficult to envision a clear path to the White House for someone like Donald Trump who has taken an already difficult situation for the GOP and made it significantly worse," Anderson said.

Don't expect Trump's statements on women to go away anytime soon. They are likely to show up repeatedly in attack ads, said Democratic pollster Celinda Lake.

Lake said she believes Trump could cause problems for Republicans down the ballot by motivating anti-Trump voters.

Women aren't Trump's only demographic challenge. He is also deeply unpopular with minority and younger voters — who tend to lean Democratic. Trump's task, if he's the Republican nominee, will be to inspire enough supporters in a deeply divided GOP to offset that — and again defy the odds.

An earlier version of this story stated there was a feud between Trump and Kelly, but it's more accurate to say that Trump has attacked Kelly's credibility.